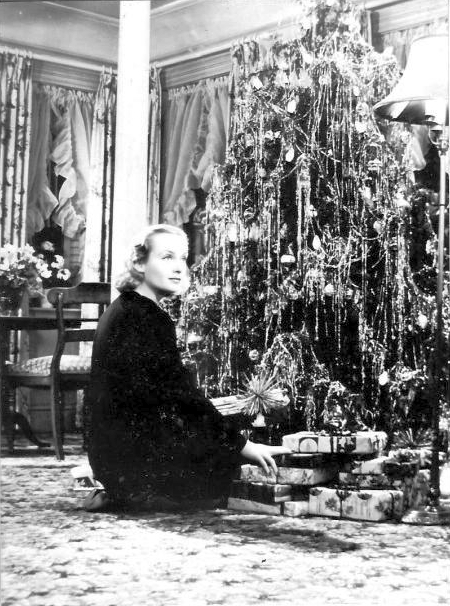 I hope all of you are having a merry Christmas 2018, as Carole Lombard is in this publicity still from 1939's "In Name Only." It was made at about the same time as her marriage to Clark Gable.

As fate would have it, several years before -- prior to their highly-publicized romance -- they were "neighbors" in wishing holiday greetings to the public in the January 1935 issue of Hollywood magazine:

Carole's just below Robert Montgomery, Clark beneath Jean Muir. Among the other notables on the page are Joan Blondell, future husband Dick Powell, Mae West, Robert Woolsey and Claudette Colbert.

But there was more holiday stuff inside this issue, whose cover subject was the decidedly not homely Myrna Loy: 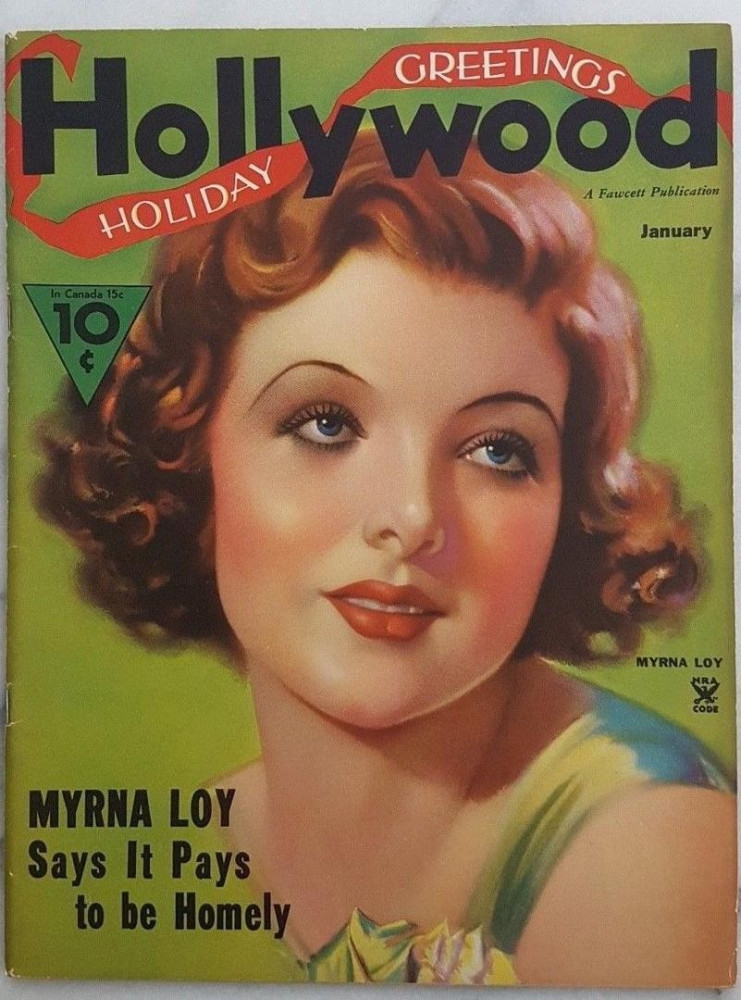 What sort of gifts might Santa Claus leave under the tree for some of cinema's elite? We found out in this issue: 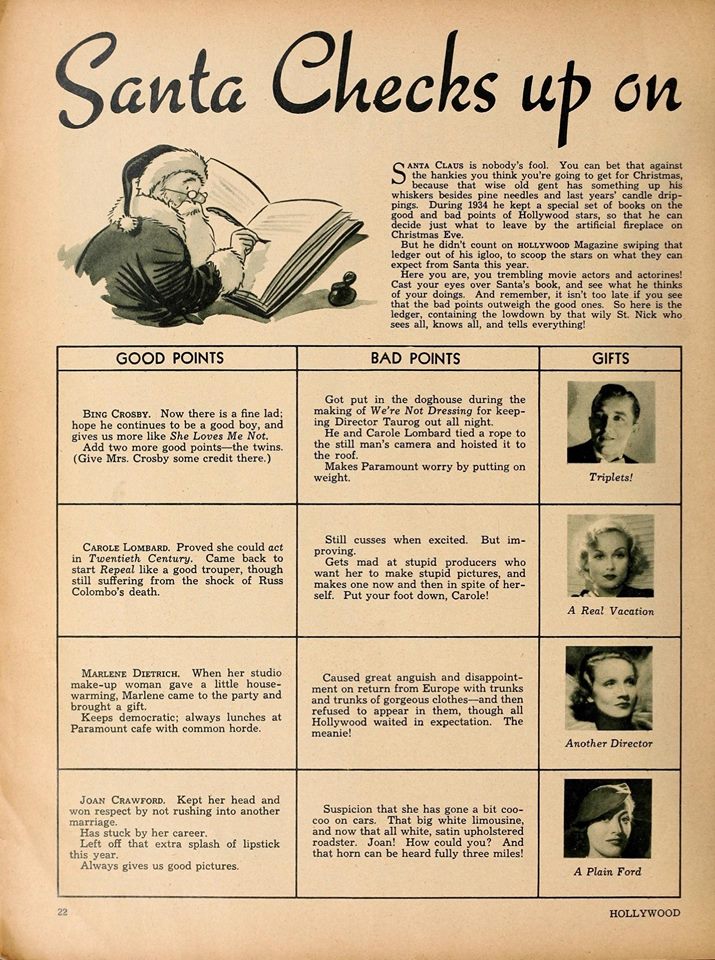 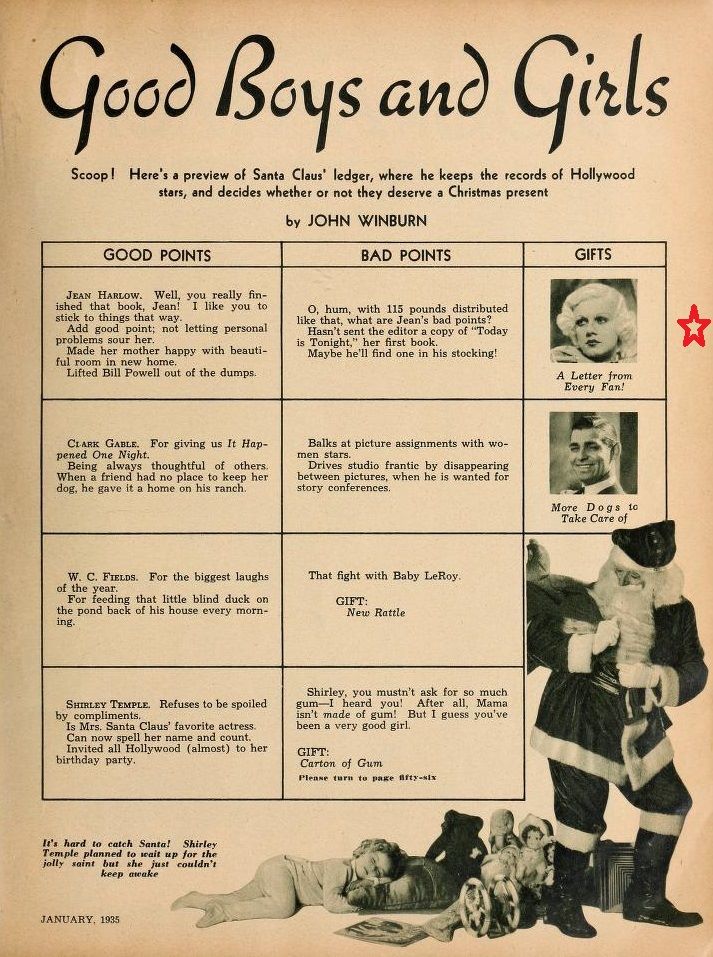 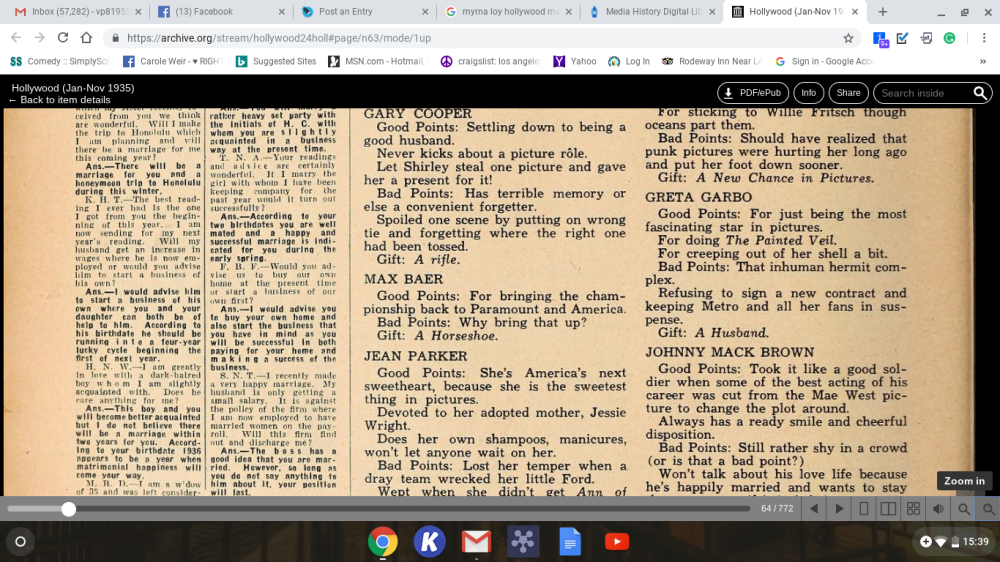 Let's enlarge the Lombard section (beneath one for Bing Crosby where Carole's included): 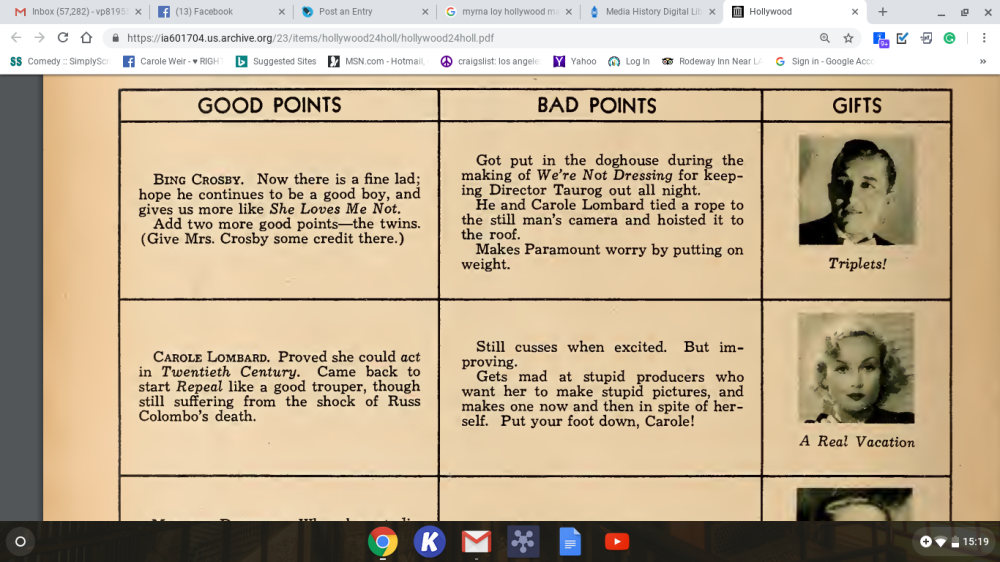 As it turned out, Carole got that vacation -- not to Europe, as she'd originally planned after heading east, but to New York City, Miami and Havana.

To close this entry, I'm pleased to present the greatest of all rock 'n' roll holiday records, Darlene Love's original "Christmas (Baby Please Come Home)" from the Phil Spector 1963 Christmas album. She performed it live for nearly three decades on David Letterman's show, but I thought I'd give you the brilliant studio version.