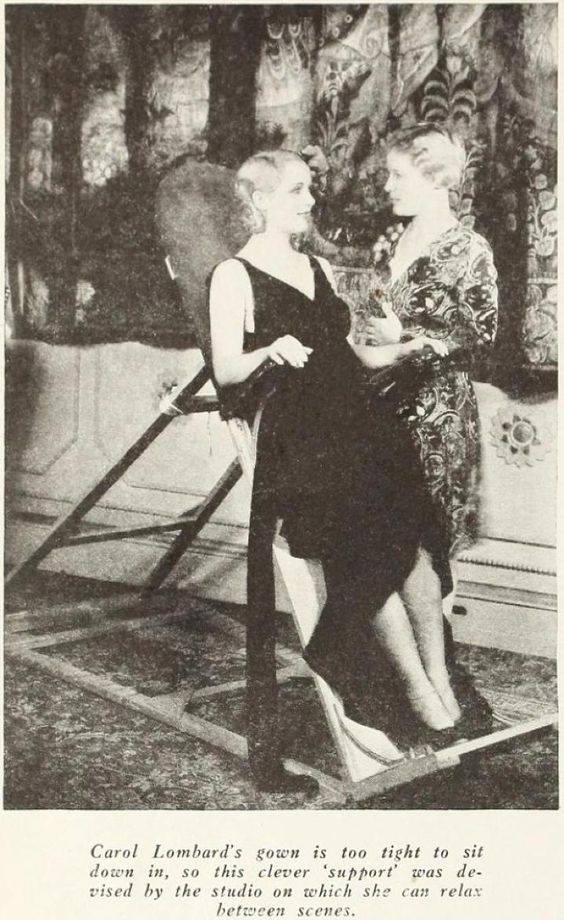 In 1929, Carole Lombard -- or as Pathe labeled her, "Carol Lombard" -- was filming "The Racketeer," and in one scene she had to wear a gown so tight she could not sit down in it. Fortunately, this recliner enabled Lombard to relax between takes, as a fan magazine of the time notes. Never saw this image before.

She wasn't the only actress to employ this contraption. Perhaps its most famous practitioner was Jean Harlow, who four years later wore a similarly constricting gown in "Dinner At Eight": 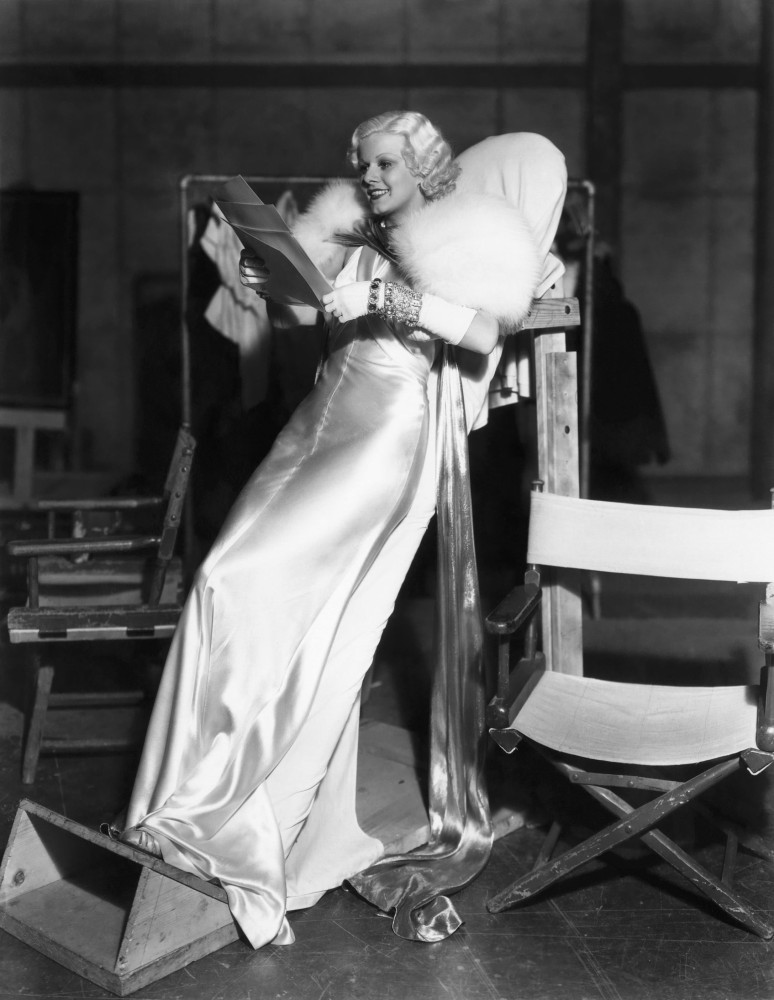 The device both icons are using is called a "leaning board," used when a costume an actor (OK, usually an actress!) is wearing can lean and relax without potentially damaging it. Harlow was sewn into her form-fitting "Dinner At Eight" gown; I don't know if Lombard underwent similar treatment at Pathe, but chances are that gown wasn't especially comfortable.

Some years later, Rita Hayworth utilized a leaning board: 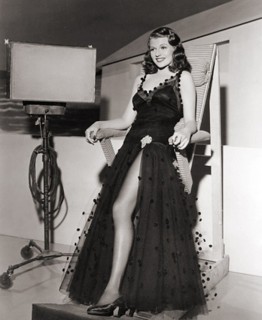 Just a reminder how these legends suffered for their art.
Collapse