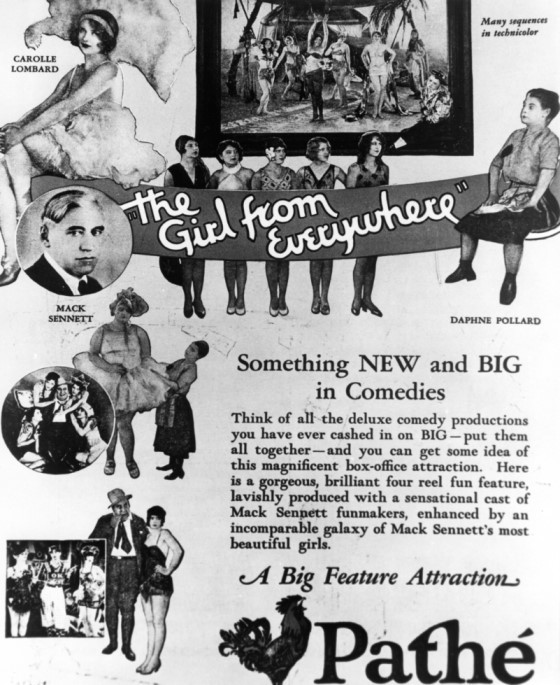 In her early years, Carole Lombard (born Jane Alice Peters) was known by slightly differing actress names. She was "Carol" Lombard during her time at Pathe, not permanently reverting to Carole until mid-1930, several months into her seven-year Paramount tenure. And above, we see her listed as "Carolle" for the 1927 Mack Sennett four-reeler "The Girl From Everywhere."

But today, we may have learned of yet another Lombard moniker from Sennett. And for that, we can credit... 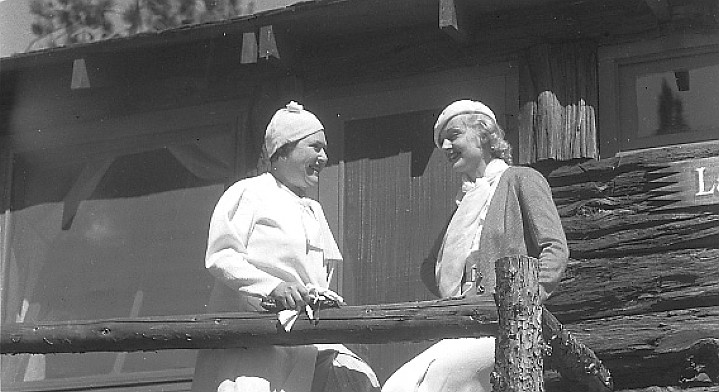 That was far in the future six years earlier, when Parsons ran this in her syndicated column on July 6, 1927 (a Wednesday): 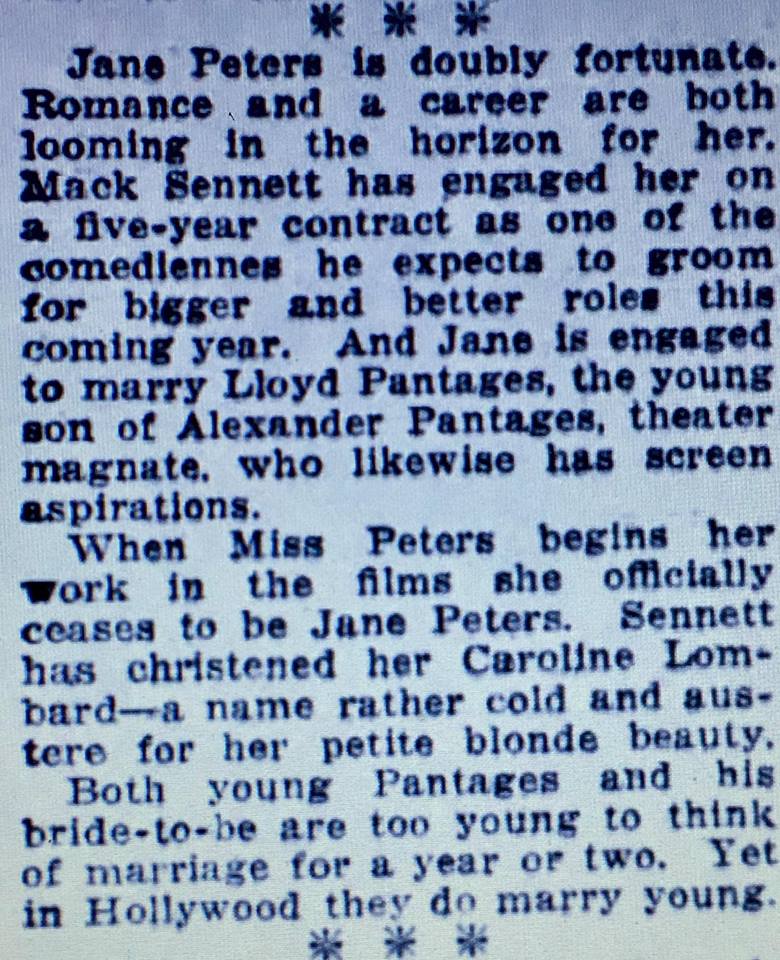 Thanks to Brian Lee Anderson for uncovering this.

At this time in '27, Lombard was re-emerging into the public spotlight after her period as a Fox starlet had been derailed by an automobile accident in early 1926 that damaged much of her face -- a major setback for a young film actress whose image would be magnified many times over, particularly in close-ups.

She required significant cosmetic surgery to restore her appearance, and used her time away from the screen to learn the technical tools of the trade. Nevertheless, returning to work was problematic...but she still had a nice figure and attractive legs to complement her face, and for Sennett the former two counted for more than the latter.

Parsons probably was aware of her time at Fox (and her name there, Carole Lombard), but chose not to mention it, instead focusing on her new opportunities.

And perhaps, a new name -- one I've never come across before. Up to now, all of Lombard's "actressy" first names had two syllables. This one, "Caroline," has three.

Parsons was infamous in the industry for making errors in print, so it's entirely possible she was misinformed, and that Sennett had no plans to label his new discovery as Caroline. Or perhaps he was using Louella as a trial balloon of sorts to see if the public liked the name.

The other half of this story is equally fascinating. 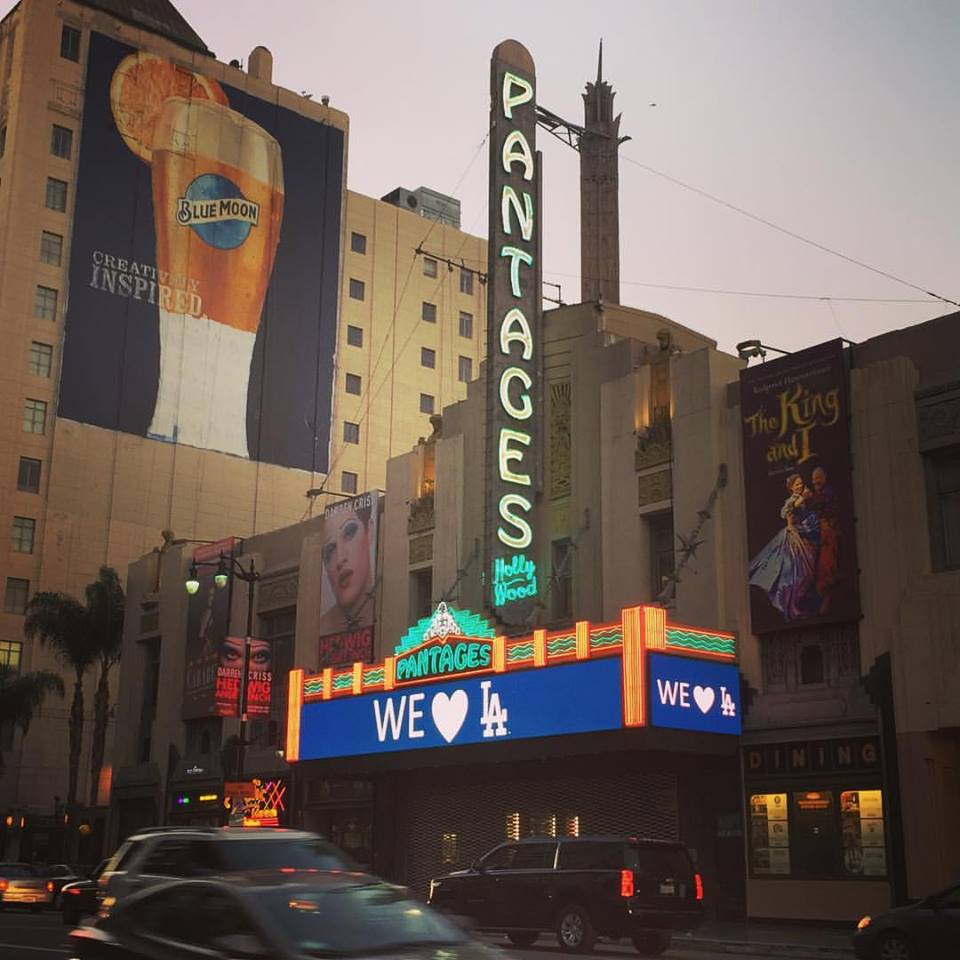 Say the word "Pantages" to nearly any Angeleno, and this is what their mind will conjure up -- the Hollywood Pantages Theater, LA's prime venue for musical theater, although when it opened in 1930, it ran movies. It's across the street from the Red Line Hollywood/Vine Metrorail stop, and many legends have performed there. (In 2015, I watched as Kristin Chenoweth's Hollywood Walk of Fame star was installed in front of the theater.)

But the venue was named for film and theater impresario Alexander Pantages, a Greek immigrant whose life had highs (at his peak, he ran 84 theaters throughout North America) and lows (he was accused of raping a schoolgirl in 1929, found guilty in a first trial, then acquitted in the second). It was his son, Lloyd Pantages, whom Lombard was linked with. 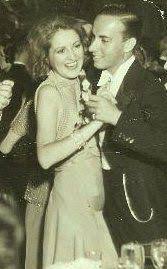 Seen dating Billie Dove in 1931, the younger Pantages was born precisely 18 months earlier than Lombard in Seattle. The "screen aspirations" Parsons referred to were limited to an uncredited role as a drunk in "Dante's Inferno" (1935) and a scene as himself two years earlier in the short "Hollywood On Parade No. B-5." He died at age 80 in September 1987.

Lombard's family ties to Los Angeles society led her to date several notables during the 1920s, including one of William Randolph Hearst's sons, but I'd never heard of this pairing before. You learn something new every day. (And yes, Louella, since Lombard was 18 and Pantages 20 at the time this was printed, it is kind of young.)

Still, trying to imagine her as "Caroline Lombard Pantages" (or "Jane Alice Peters Pantages") boggles the mind, doesn't it?
Collapse