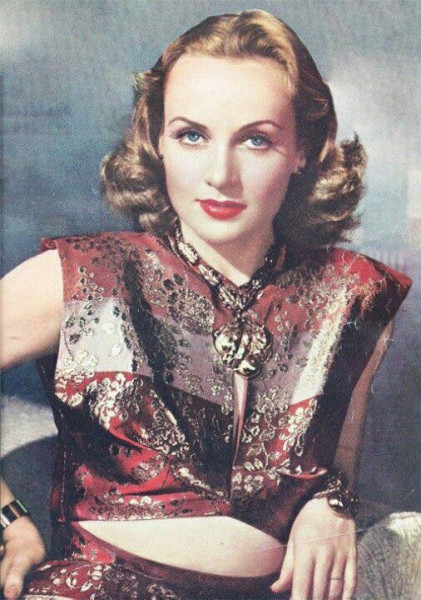 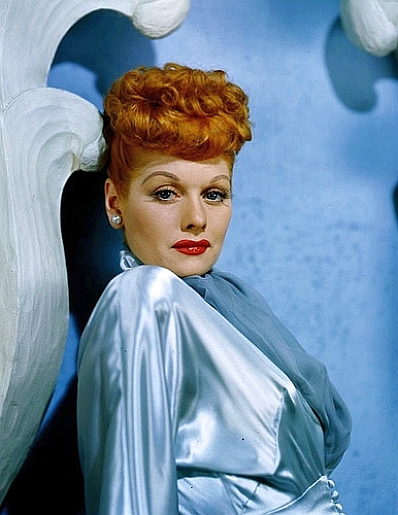 Carole Lombard and Lucille Ball each had remarkable beauty and became friends about 1940 when both were on the RKO lot. Ball idolized Lombard and always deemed her an influence on her comedic style.

Lucy had some success in films and on radio throughout the 1940s, but it was in the new medium of television that she became an icon. But many years later, she paid tribute to Carole on an episode of her third sitcom, "Here's Lucy": 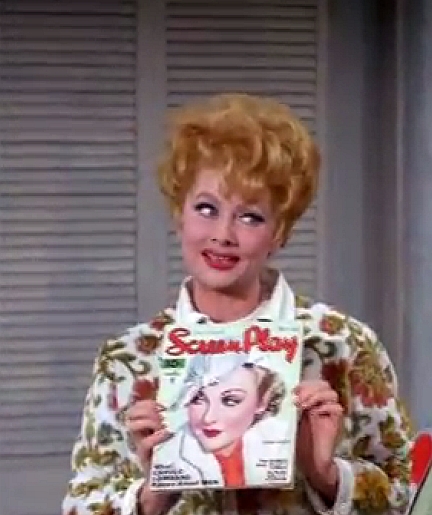 Earlier this year, their story -- plus that of a certain Cuban bandleader who stole Ball's heart -- was told in a stage musical, "The Cuban And The Redhead," which played two months ago at the Pegasus Theater in the Dallas-Fort Worth area. I wish I'd known about it then, as I'd have gladly publicized it.

Fortunately, the Metroplex performing arts site "TheaterJones" did an interview with the actress cast as Lombard, Janelle Lutz. Here she is in character: 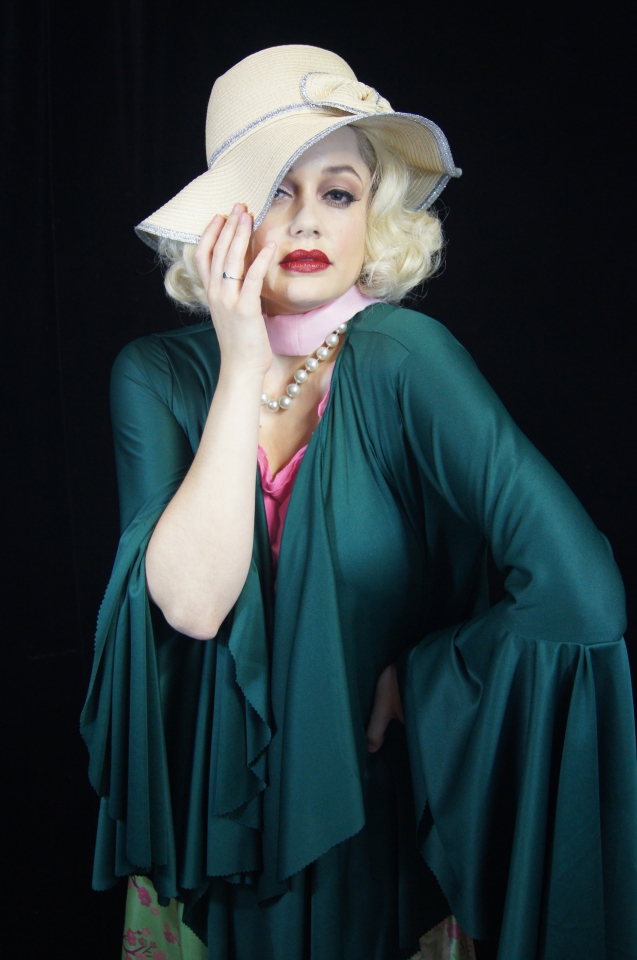 Lutz has a reasonable resemblance to Lombard (she's also played another icon, Judy Garland, in two local productions). Here's what she had to say about playing Carole:

* "[Lombard] is in the musical because Carole was Lucy's idol. ... For Lucy, Carole had a life to strive for; she longed for that kind of glamour, and to be loved and respected like Lombard. ... Carole was this goofy, comic elegant lady on the screen, and Lucy loved that."

* "The last time you see Carole is a year before her death, You don't see her after that, so, no, I'm not a ghost. (So no Lombard appearing to her in a dream, urging her to go into TV.) ... Carole's role is not a lot of stage time, but she's important to some big impactful moments."

* "I don't know how many times we watched 'My Man Godfrey,' the quintessential Lombard film. ... She had a Transatlantic accent, an old Hollywood way of talking. It's a little southern and kind of quick and a little British. ... Carole Lombard has an understated, absolute elegance in her movement. Even when she's running to do a crazy screwball scene, or when she tiptoes. ... There's a natural glamorous feel about her."

"I think the biggest thing I'd like audiences to take away specifically for Carole is that people will simply remember her. Many people in this generation don't remember what she did in movies. She was funny, and she was glamorous, but she was also deeply human. I want people to see Carole Lombard as a woman with a story to tell. She was much more than a platinum blonde in silver lame." (Of course, by the time Carole and Lucy became close, Lombard's days as a Harlow-like blonde were well in the past.) 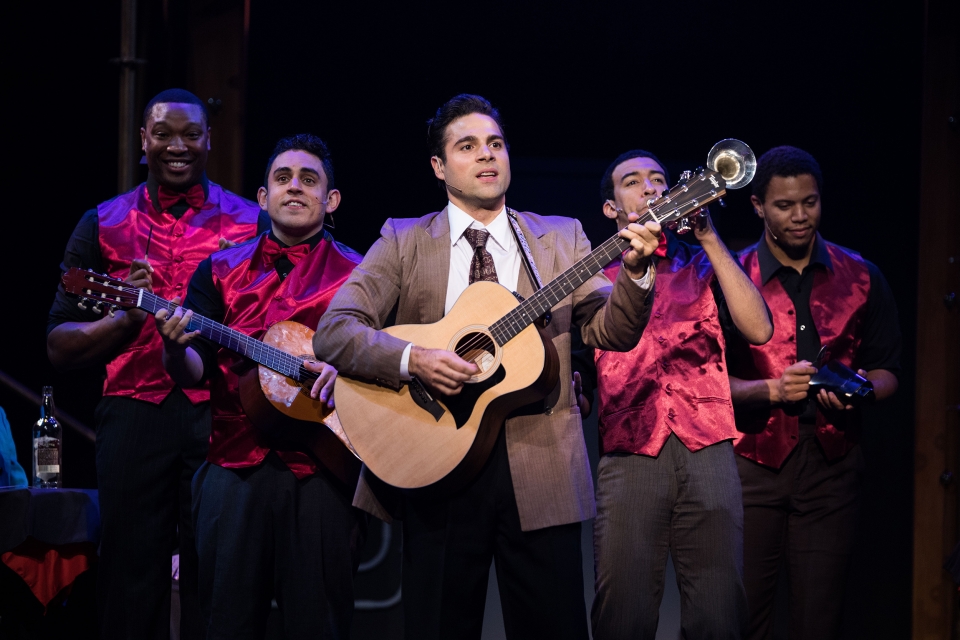 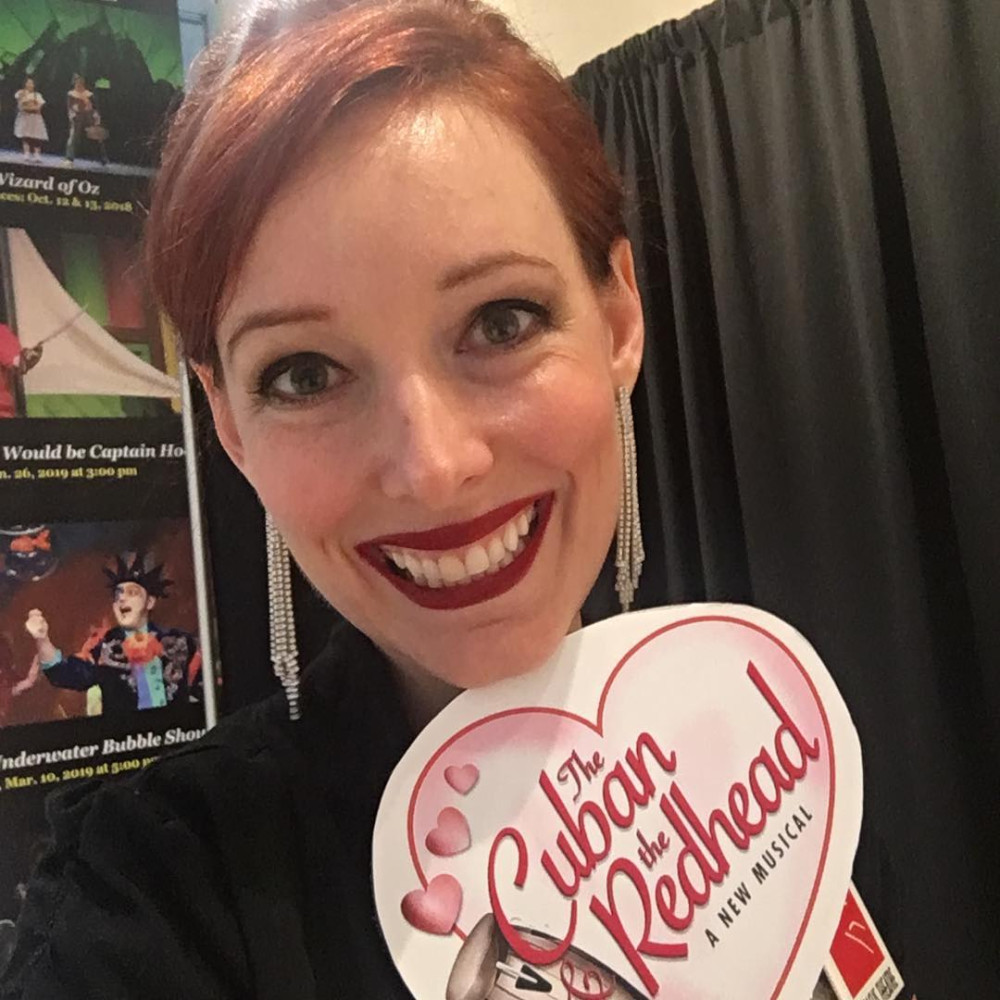 We wish the composers well as this endeavor goes through further revisions.
Collapse