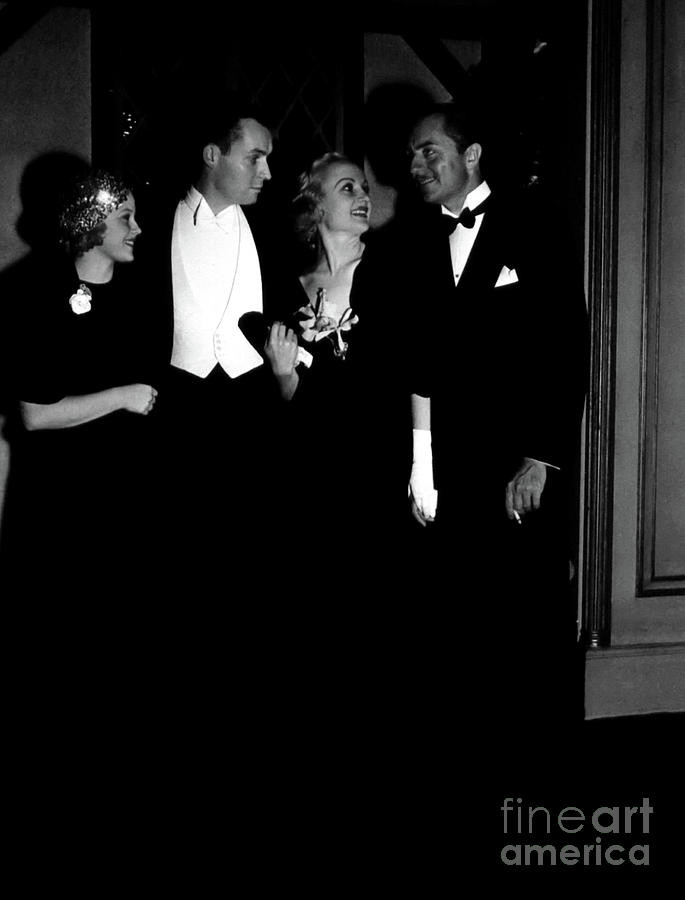 As far as I know, this is the only joint image of Carole Lombard and Paramount stablemate Mary Carlisle, who died Aug. 1 at age 104. It's from 1932 at the Ambassador Hotel in Los Angeles, and shows Lombard with then-husband William Powell. (I cannot identify the man between Mary and Carole.)

Carlisle -- the last of the WAMPAS "baby stars" -- never quite reached the top tier, but was an effective ingenue and leading lady during the 1930s, and tonight Turner Classic Movies in the U.S. pays tribute to her. The schedule (all times Eastern): 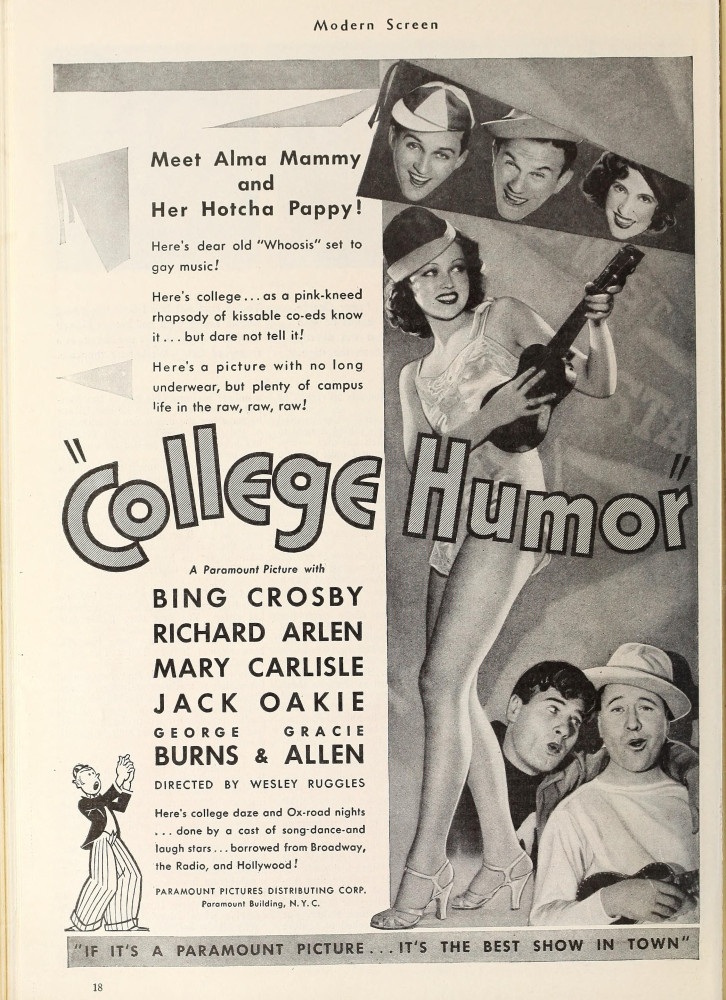 * 8 p.m. -- "College Humor" (1933). The first of three Carlisle collaborations with Bing Crosby, who plays a professor (did he major in education at Gonzaga?). Mary provides the love interest, with comedy supplied by Jack Oakie, George Burns and Gracie Allen. Typical Crosby early Paramount vehicle; songs include "Learn To Croon." Directed by Wesley Ruggles, and a TCM premiere.

* 9:30 p.m. -- "Kind Lady" (1935). A thriller made for MGM, with leads more usually associated with other studios (Carlisle with Paramount, Aline MacMahon and Basil Rathbone with Warners). Basil's a conman whose gang holds Aline hostage. Remade in 1951.

* 12:15 a.m. -- "Kentucky Kernels" (1934). This RKO comedy blends Mary with the team of Bert Wheeler and Robert Woolsey, not to mention Spanky MacFarland. W&W play musicians who take the boy into the south so he can claim an inheritance, only to enter a hillbilly family feud. Also cast are "Sleep 'N Eat" (Willie Best), playing another stereotyped black character, and Margaret Dumont, who made many movies without the Marx Brothers.

* 1:45 a.m. -- "Dead Men Walk" (1943). A low-budget indie for PRC of "Detour" fame and Carlisle's last film, this vampire movie has little going for it other than Dwight Frye, who was always at home with horror (and died of a heart attack that November).

* 3 a.m. -- "Night Court" (1932). Good cast, led by Walter Huston as a corrupt judge, Phillips Holmes and Anita Page as a reformer and his wife, and Carlisle as the daughter of another judge (Lewis Stone, who'd play another judge years later in the Andy Hardy series). Directed by MGM stalwart W.S. Van Dyke.

This promises to be a nice tribute to an actress who made many friends (including Lombard) through her long and incredible life.