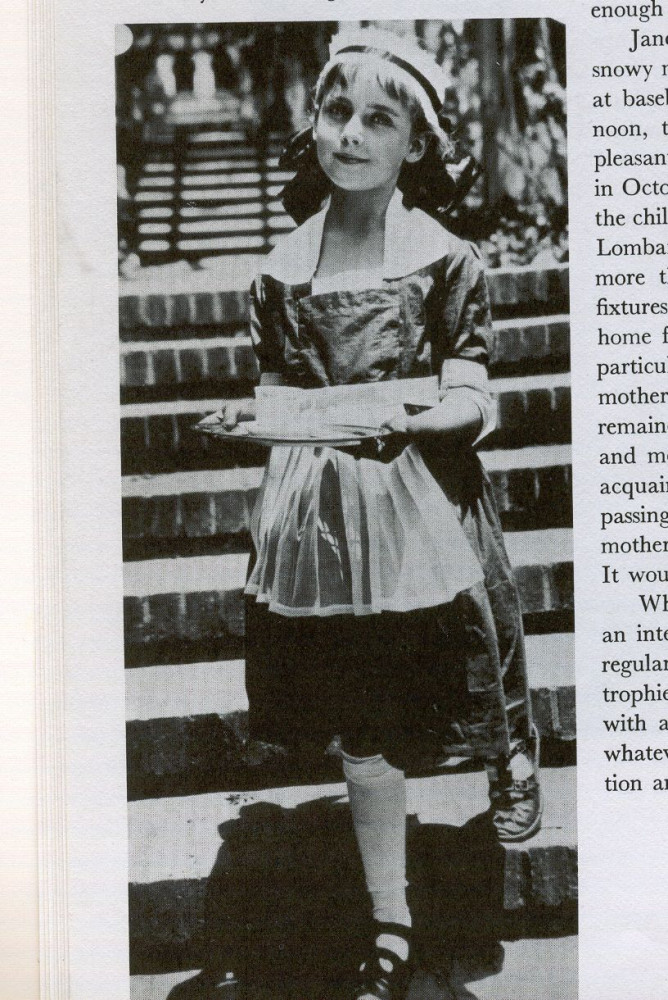 This image of the girl then known as Jane Alice Peters is from Frederick Ott's book "The Films Of Carole Lombard," showing her at about age nine or 10, likely sometime during 1918. From her mother, Elizabeth Peters, Jane had learned the importance of aiding others, and here she was aiding the war effort at some social function in Los Angeles.

Her contribution -- not to mention those of millions of others of all ages, both in and out of uniform -- would pay off that Nov. 11, one hundred years ago today: 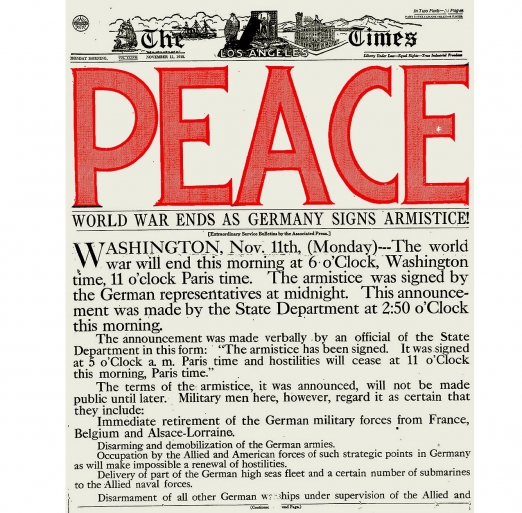 That's the front page of the Los Angeles Times from Nov. 11, 1918, announcing what was called the Armistice; according to the paper, 150,000 copies were sold that day, years before radio news, generations before television and the Internet.

Other papers in town also relayed the big news with banner headlines, such as William Randolph Hearst's Los Angeles Examiner... 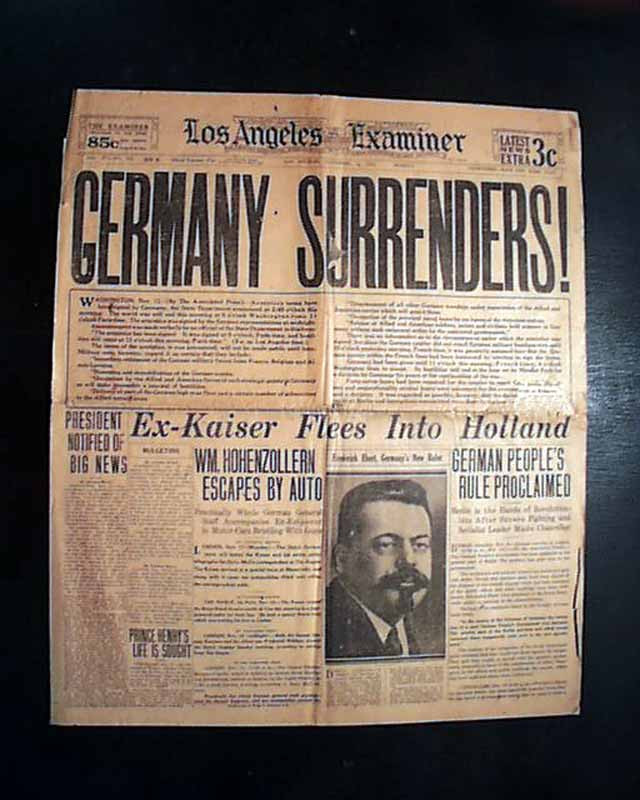 ...and its afternoon sibling, the Evening Herald: 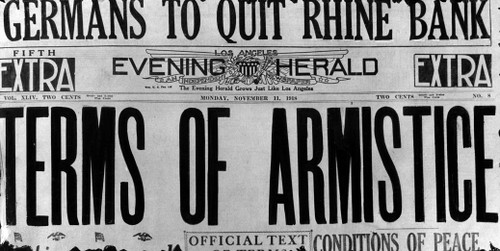 The Los Angeles of the late teens was rapidly growing, as easterners were enthralled by the temperate climate in those pre-global warming days, not to mention job prospects in new fields such as petroleum, aviation and something called "motion pictures"...the last of which thrilled Jane each week.

So, how did Angelenos celebrate? Let's have a look.

The newspapers I mentioned flew right off the presses that day, as this Times pic makes evident: Someone kept a copy of that day's Los Angeles Record, and about a decade later these two veterans examined it: 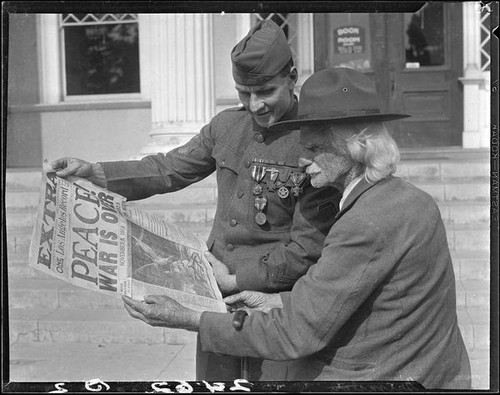 The celebration was on at 5th & Broadway... 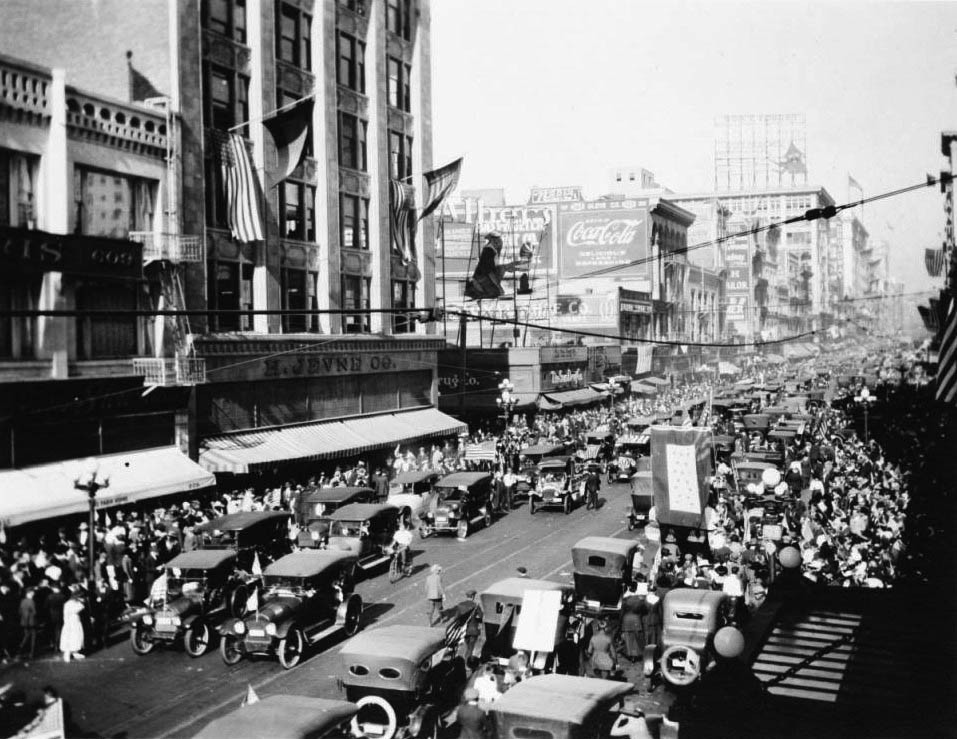 They celebrated elsewhere in the city, too, such as in this north industrial district known as Dogtown:

However, the celebration would be short-lived. A major flu epidemic had struck much of the world that fall, including Los Angeles (https://carole-and-co.livejournal.com/883814.html). And while many believed this would be "the war to end all wars," such optimism was proven wrong. War hit Asia during the 1930s, Europe by decade's end, and America was drawn into what now was called World War II in December 1941...a sad reminder the darker side of human nature is never entirely vanquished.