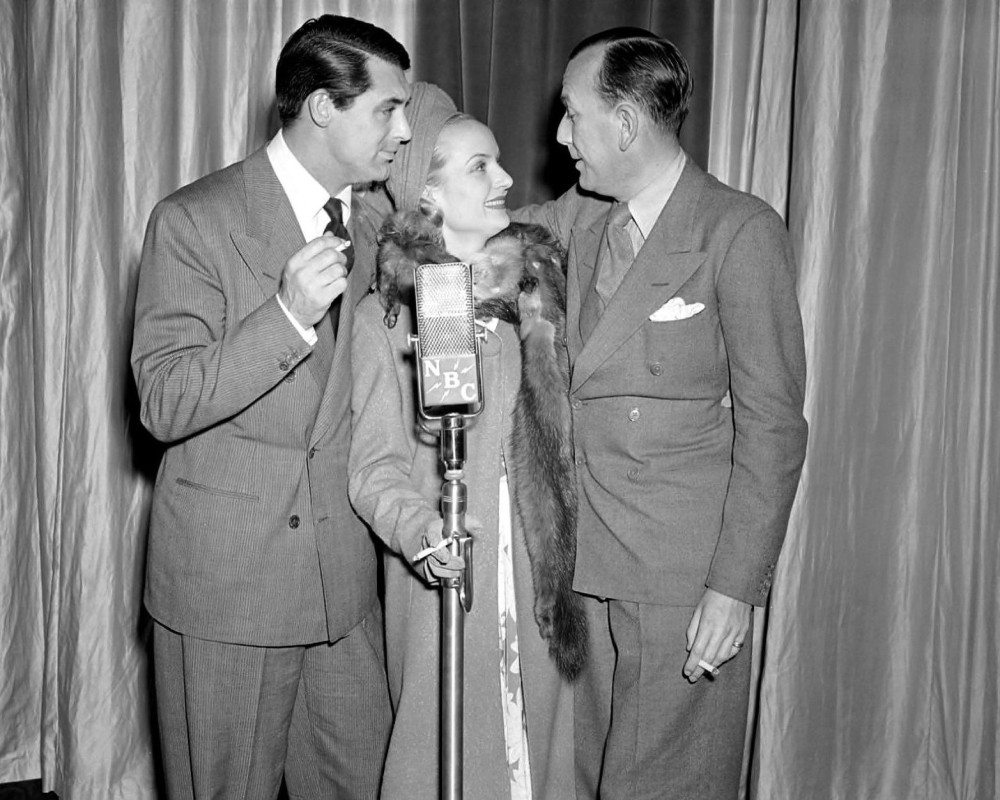 One benefit of being a celebrity such as Carole Lombard is that you get to meet many other celebrities. Take this photo, for example. Flanking Carole to her right is future co-star Cary Grant, whom she'd known since 1932. To her left, the English renaissance man and future "Sir," Noel Coward.

They're at an NBC radio microphone, probably at the tail end of 1938 or the start of 1939. Carole and Cary were part of a new NBC series called "The Circle," and both were in another network photo with castmates Groucho and Chico Marx, Lawrence Tibbett (standing next to Grant) and Ronald Colman: 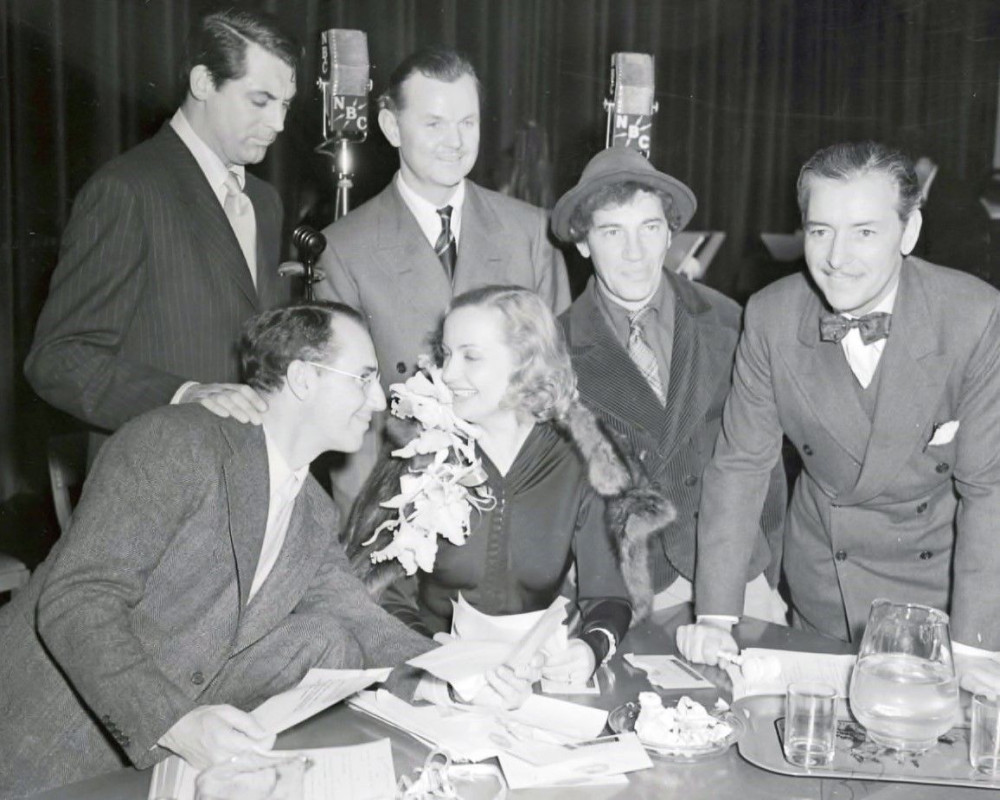 Despite such starpower, "The Circle" became one of the biggest flops in network radio history, and Lombard left the cast after a handful of episodes (https://carole-and-co.livejournal.com/656468.html).