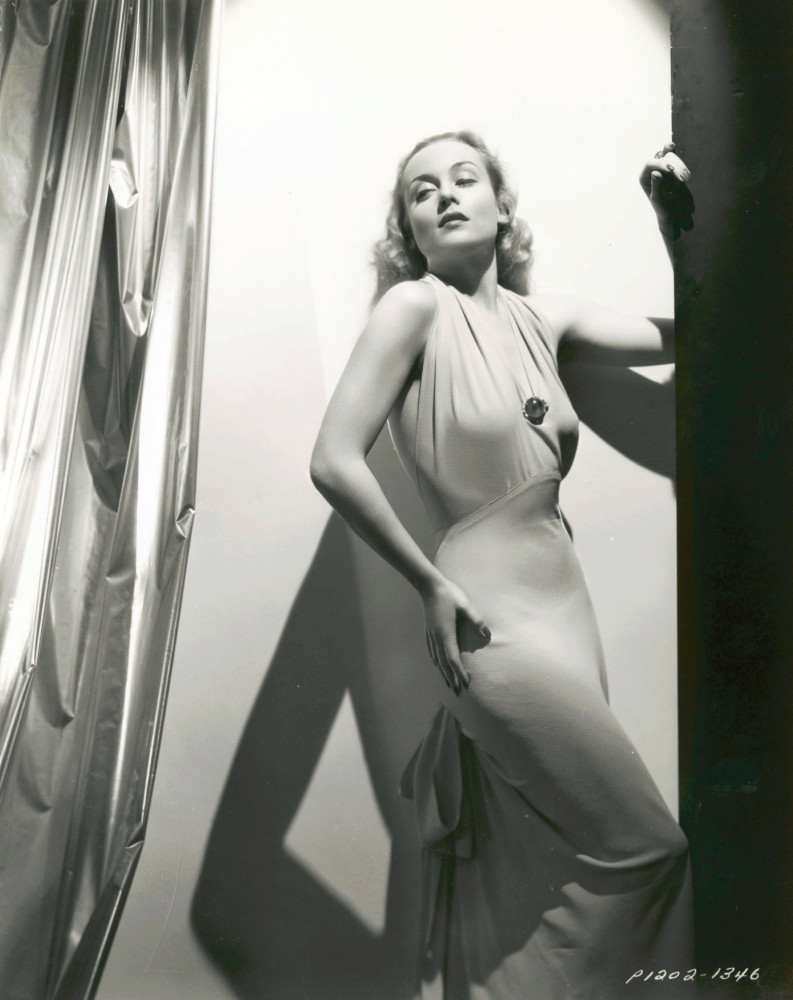 There are Carole Lombard pictures of a special breed, and this is one of them. It's Paramount p1202-1346, and we uncover even more tantalizing information on the back: 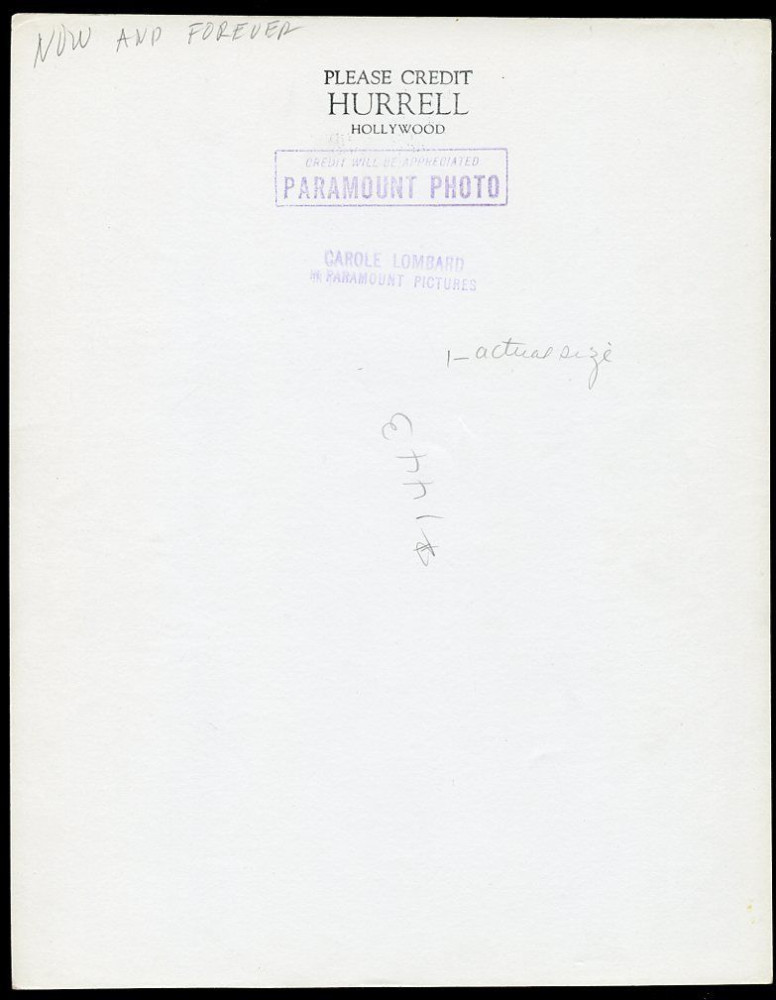 * For one thing, it was taken by George Hurrell, a legend in Hollywood portrait photography.
* For another, the stamps from Hurrell and Paramount testify it's truly vintage.

Some questions remain, not so much on the photo's veracity as on what else is on the back. The name of the film "Now And Forever" is listed...but the "p1202-1346" coding indicates the pic is from 1936 or early '37, and "Now And Forever" is from 1934. I'm guessing this was used in a book, with this portrait accompanying a reference to the film. (The seller lists it as being from '34.)

Anyway, it's up for auction at eBay -- measuring 8" x 10", and said to be in excellent condition. Bidding begins at $79.99, and the auction closes at 11:55 p.m. (Eastern) Sunday. If you've always dreamed of owning a Lombard Hurrell original, here's your chance.