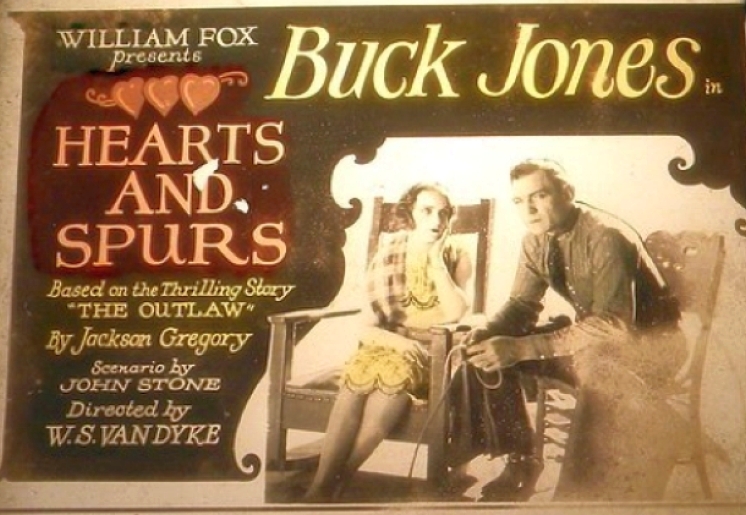 The other day, we noted an artifact from one of Carole Lombard's Fox silent westerns with Buck Jones, "Gold And The Girl." Now another item from one of their unfortunately lost collaborations, "Hearts And Spurs," has surfaced. (It would be the only time Lombard would be directed by W.S. Van Dyke, who was at the helm for several films in the "Thin Man" series.) (Permission to run the above image is courtesy of its eBay seller, "mybuysalot.")

And perhaps someday, this and other movies Carole made before her 1926 automobile accident will be uncovered, more than 80 years after their nitrate prints were destroyed in an archive fire. 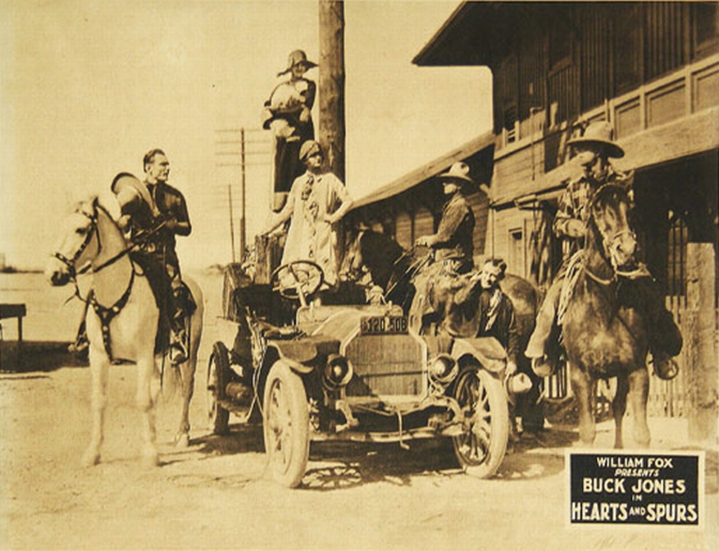