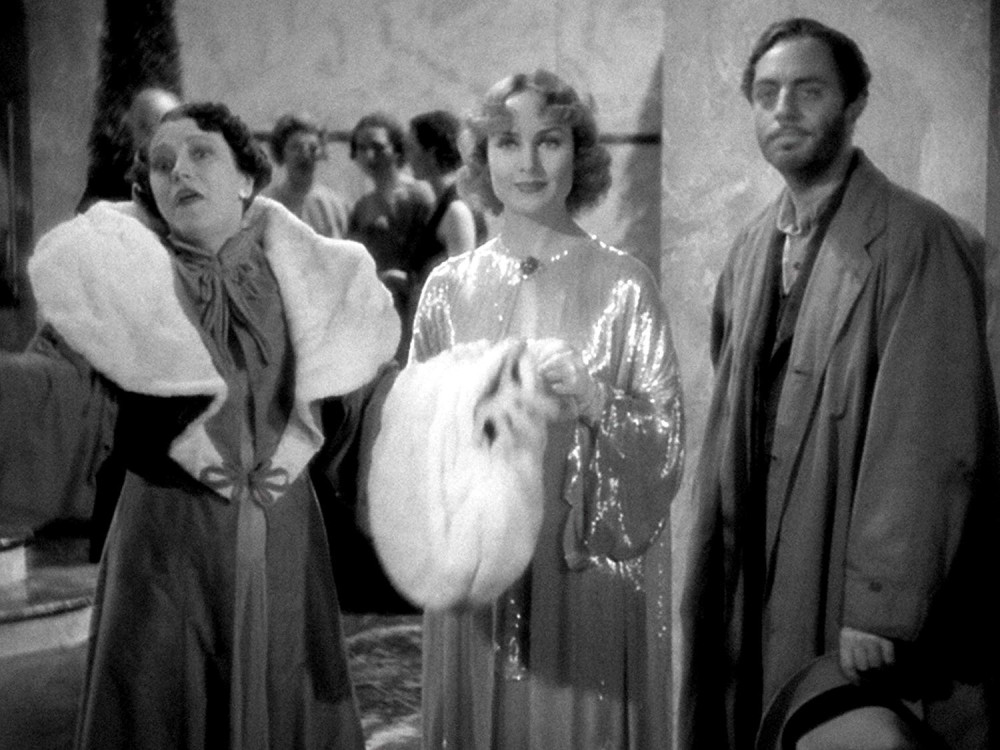 It's been a terrific autumn for Carole Lombard video releases. "Nothing Sacred" and "Made For Each Other," her two Selznick-International films which for years languished in public domain hell, were revived in Blu-ray form (https://carole-and-co.livejournal.com/938111.html). So too was Lombard's screwball masterpiece "My Man Godfrey," as the Criterion Collection -- which it first issued in mid-2001 -- brought it back in a Blu-ray edition loaded with new features (https://carole-and-co.livejournal.com/937947.html).

Video collectors are giving hearty thumbs up to the latest "Godfrey"...and that includes the site "ScreenAnarchy": 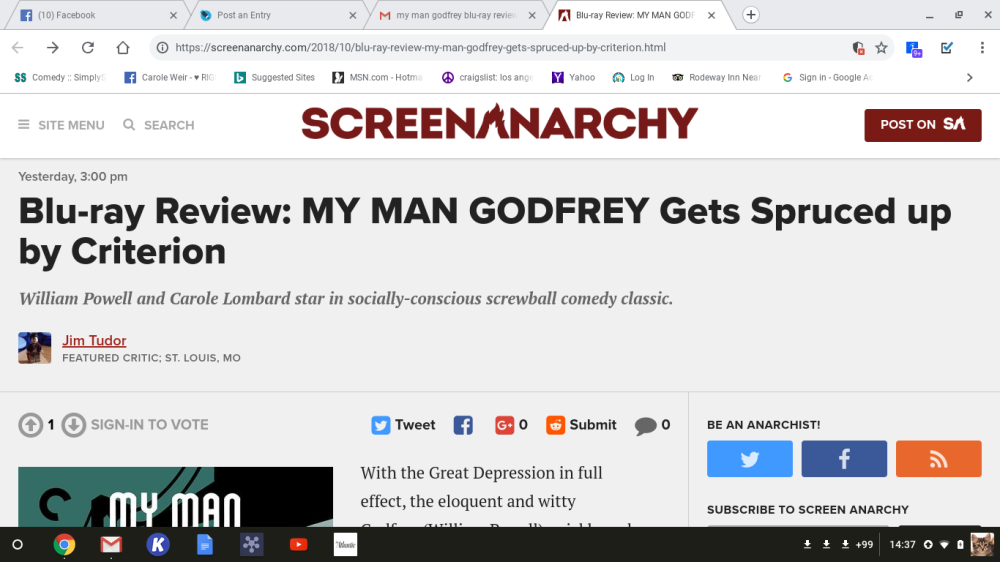 Jim Tudor's glowing review (https://screenanarchy.com/2018/10/blu-ray-review-my-man-godfrey-gets-spruced-up-by-criterion.html) is worth checking out, but I thought I'd give you some highlights:

"Directed with a brilliant crackle and a fairly deceptively sharp social edge by Gregory La Cava, an oft-overlooked titan of this siche, 'My Man Godfrey' (1936) retains its standing as one of the absolute greatest screwball comedies ever made for a host of good reasons."

Tudor cites the script, which goes for laughs without forgetting to comment on a society ever so slowly shaking its way out of the Depression:

"One needn't but a student of Depression-era anthropology nor an 'eat the rich' advocate to agree with Godfrey when he addresses the bustling scavenger hunt crowd of formal-wearing socialites as 'empty-headed nitwits.'" 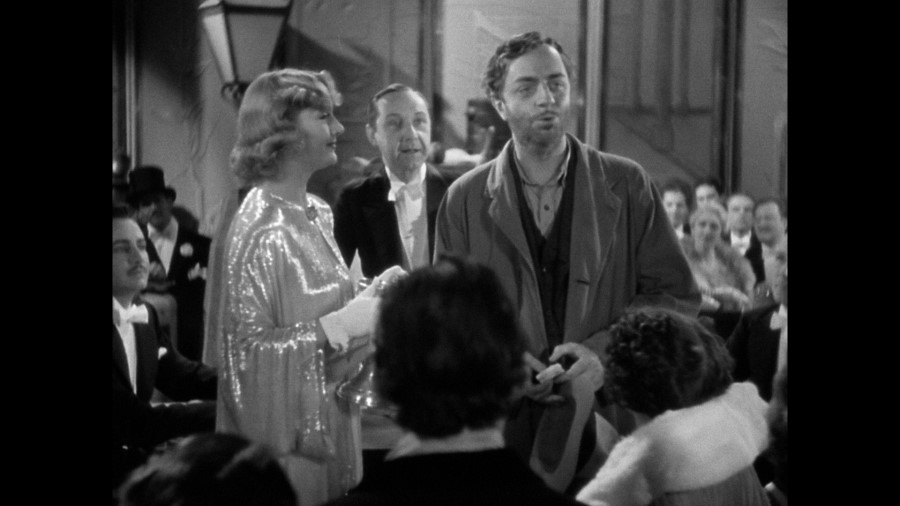 The cast is superb, Tudor adds, though he specifically cites Carole as the movie's heart and soul:

"Lombard is in top form here, despite the role of Irene [Bullock] being more of a glorified supporting part. Her Irene is both smart enough and scattered enough to sell whatever the heck she does, or we're told she's already done. (Rode a horse into the family library, and left it there? Just another wild night on the town!") 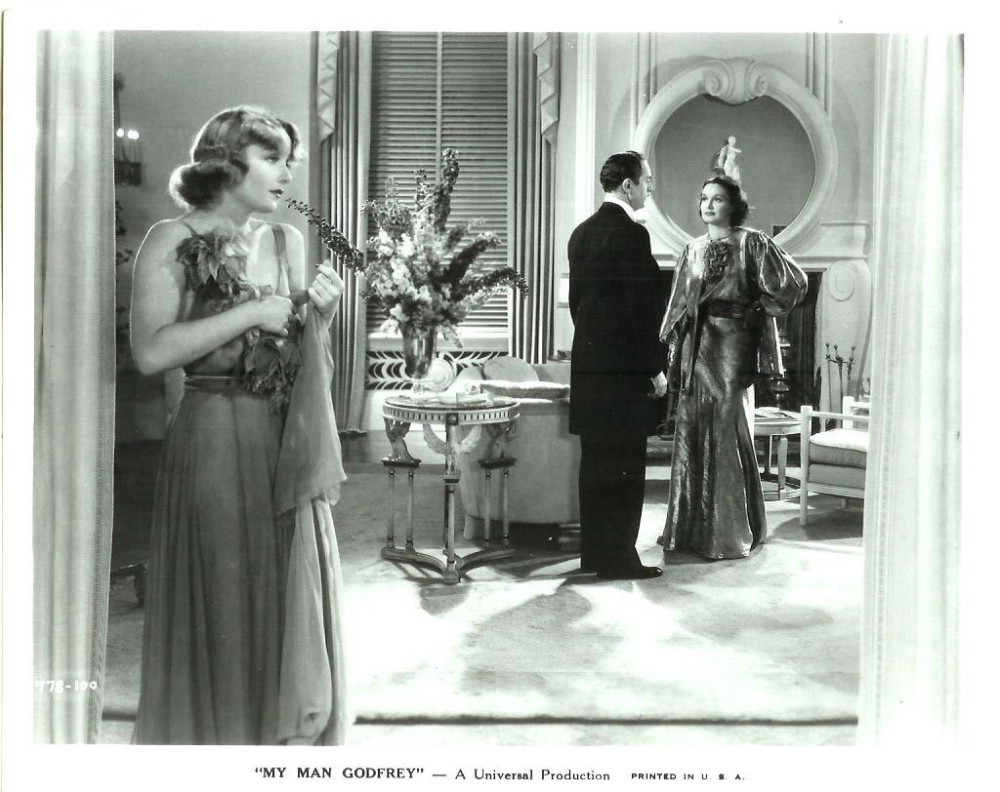 He also praises her co-star and ex-husband:

"And then there's William Powell. The 'Thin Man' star, it must be said, has a hard time not being compellingly erudite, dashing, and at least five steps ahead of absolutely everyone else. A matinee idol far too smart for today's multiplexes, Powell is a man who embodies every facet of his time."

Indeed. George Clooney may often be compared to Cary Grant, but is there any actor today whom even remotely conjures up thoughts of Powell?

Powell's 1936 is arguably the greatest calendar year any film actor has ever had. "Godfrey" and "Libeled Lady" (check out his brilliant fishing scene) are two of the top comedies of the '30s; "The Great Ziegfeld" may seem a bit bloated by today's standards, but won the Academy Award for Best Picture; "After The Thin Man" was the second in the suave Nick and Nora married murder mystery series with favored co-star Myrna Loy; and the least of Powell's quintet of movies, "The Ex-Mrs. Bradford," teams him effectively with Jean Arthur. 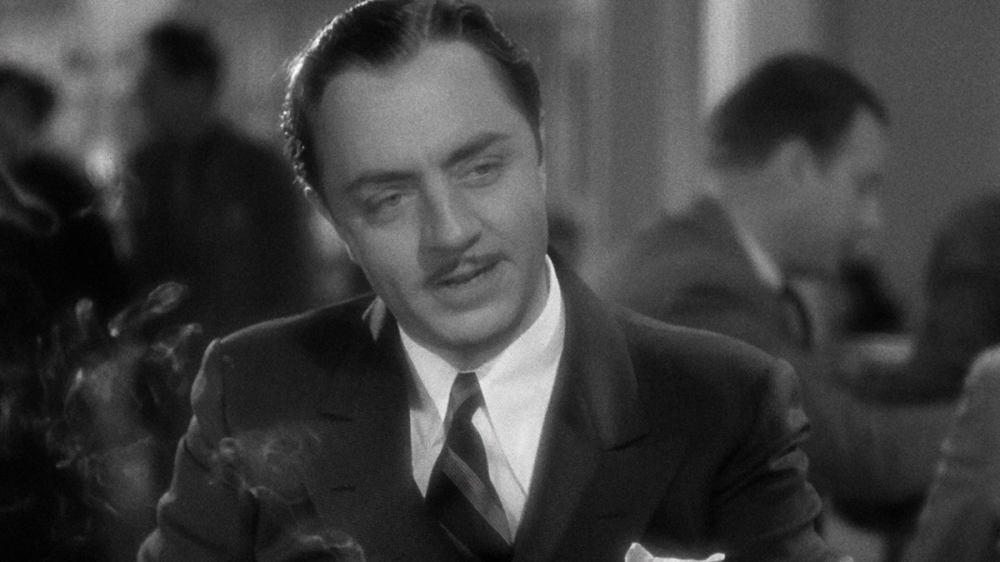 While Tudor lauds Criterion's 2001 "Godfrey" DVD for rescuing it from what he calls the "public domain ash heap," the new Blu-ray is a quantum leap forward:

"Finally, at long last, their gleaming limousine has arrived again for 'Godfrey,' ready to whisk it once more into our individual nuthouses. The Blu-ray, with its astonishingly good picture and sound, is worth the wait."

He does wonder why film historian Bob Gilpin's audio commentary track from 2001 wasn't part of the new version, but praises the other extras, including an essay from my Facebook friend Farran Smith Nehme. He also likes the packaging, particularly the artwork. 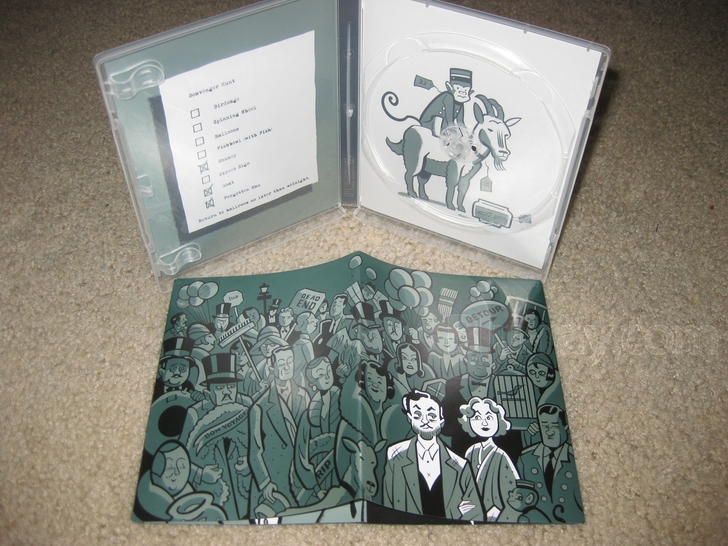 "Prosperity may or may not be around the corner, but thanks to Criterion, a definitive keeper edition of 'My Man Godfrey' can be at least that close. Be sure to pick up this treasure worth scavenging." 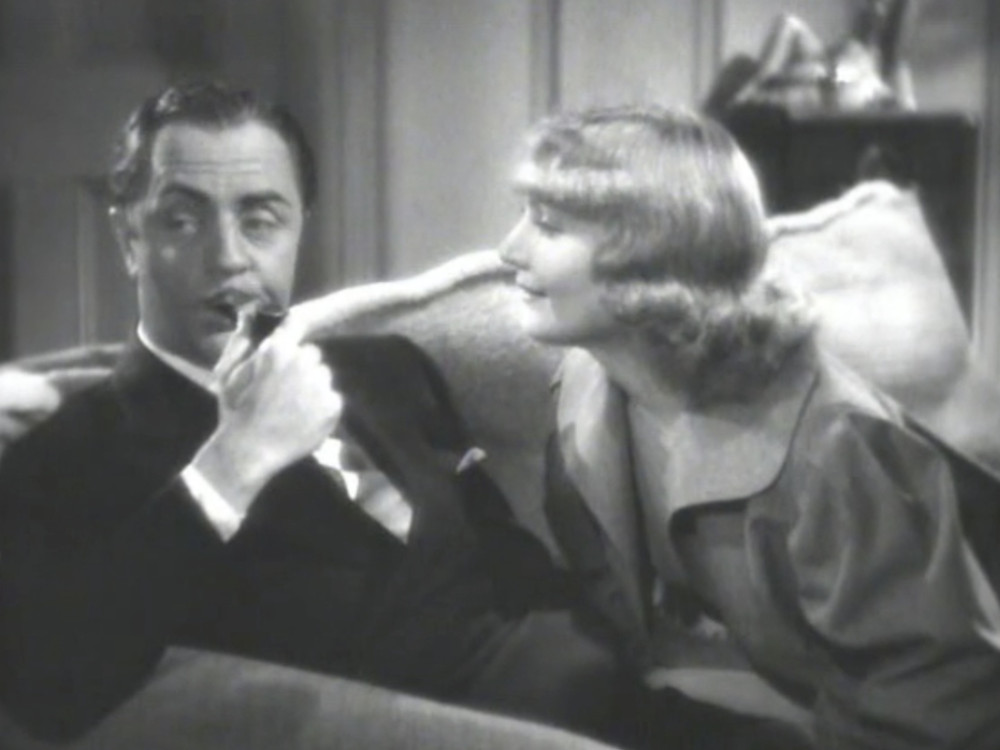