As we've previously noted, once Carole Lombard returned from filming "Fast And Loose" at Paramount's New York studios in the fall of 1930, it put the newly-signed actress to work. Did it ever. Four films with Carole as a principal cast member were released in the initial months of 1931, and the last of these to be released may have been the first she worked on.

It's "Ladies' Man" with William Powell, this week's contribution to "Cinematic Sundays." 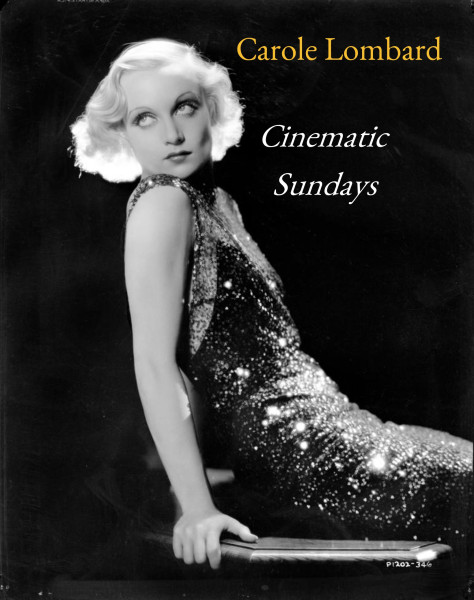 One of the earliest references to the film ran in the Akron Beacon-Journal on Dec. 9, 1930: This feline-themed anecdote during production ran in the Dec. 21 Santa Ana Register: The New York Daily News publicized the production that day:

Paramount took the angle that this was a milestone for the studio in the Dec. 27 Newark (Ohio) Advocate: As 1931 begins, we learn Lombard and Powell are socializing off the set in the Feb. 4 New York Daily News: "Ladies' Man" was finally ready for exhibition during a Paramount convention, although Powell's decision to abandon it for Warners added a sour note to the occasion. Nevertheless, the San Francisco Examiner reported the news April 21: In fact, the Examiner ran something on the film for several more days. Here's a piece on the 22nd... And for good measure, an Examiner ad for the film: Alas for Paramount, much of the rest of the country didn't share in its (rather guarded) enthusiasm for "Ladies' Man." Even the usually laudatory Chicago Tribune critic known as "Mae Tinee" blasted the movie on April 28:

On May 1, Kate Cameron of the New York Daily News gave a lackluster two-star review to Powell's Paramount finale: A large ad for the film ran on the same page: Across the bridges in Brooklyn, the Eagle ran this review the following day (hey, at least Rudy Vallee's headlining the Paramount's stage show, Brooklynites!): The May 2 Los Angeles Times gave a dour review to what it deemed a dour movie:

Up the coast in Oakland that day, Wood Soames of the Tribune praises the acting, but is indifferent towards its direction and story:

But what about Pittsburgh, Powell's birthplace? Would the critics give him a hometown boost? Hard to tell from this May 27 blurb in the Post-Gazette: A more detailed -- and negative -- review ran in the Post-Gazette June 1. (Love the lead paragraph, though.) That day, the Press similarly had little positive to say about it:

Before June was over, Lombard and Powell would get better press coverage, thanks to a thing called matrimony. And the wedding occurred just as Carole's next film was hitting theaters -- "I Take This Woman" with Gary Cooper. We'll examine that next week.
Collapse