OK, so it's been a few years since Carole Lombard was part of Turner Classic Movies' unofficial high holy days, "Summer Under The Stars." (She last appeared in 2014; the image above promoted her appearance in 2010.) No matter -- this year's lineup is the usual TCM blend of favorites and first-timers from all sorts of classic genres. 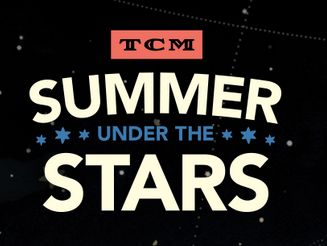 This year's stars for the 17th SUTS:

View the entire schedule at http://summer.tcm.com/?utm_source=t.co&utm_medium=referral.

I'm pleased Myrna is being honored on the 113th anniversary of her birth (and that the schedule includes six of her films with William Powell and another three with Clark Gable). Speaking of Clark, half of the 12 movies on his day are the postwar Gable, while the oldest of the other six is "It Happened One Night" (and no, that 1939 epic of his isn't part of the card).

Aug. 7 is a "can't miss" day for film buffs, as silent comedic genius Harold Lloyd is honored. While his best-known film, "Safety Last!", airs at 8 p.m (EDT), what follows, "Girl Shy" (1924), is to my mind even better -- a witty story that culminates in an incredible multi-modal chase scene through Los Angeles, as Harold rushes to keep the girl he loves from marrying a bigamist. Part of it includes a Pacific Electric streetcar (above) that's thrilling nearly a century later; learn more about this scene at https://silentlocations.wordpress.com/2012/03/19/how-harold-lloyd-filmed-the-girl-shy-trolley-stunts/.

I wish Jeanette MacDonald's day had more films from her time with Ernst Lubitsch (the lone entrant is "The Merry Widow") and fewer operettas with Nelson Eddy. At least Lubitsch's "Trouble In Paradise" will run on the Miriam Hopkins day. Two of the days were determined by fan polling at TCM Backlot. Gary Cooper beat out Paul Newman on the 11th (although the oldest film scheduled is 1935's "The Lives Of A Bengal Lancer"), while in a battle of Anitas on the 21st, Ms. Louise topped Ms. Page. (Hope the latter will be scheduled in next year's SUTS.)

It's also good to see some often-overlooked actors, especially character types such as Lionel Atwill, George Brent and Agnes Moorehead. This will also be a platform for the delightful Lupe Velez, a favorite throughout the '30s.

It promises to be a fun August, giving you something to follow in case your favorite baseball team is fading out of the pennant race.
Collapse