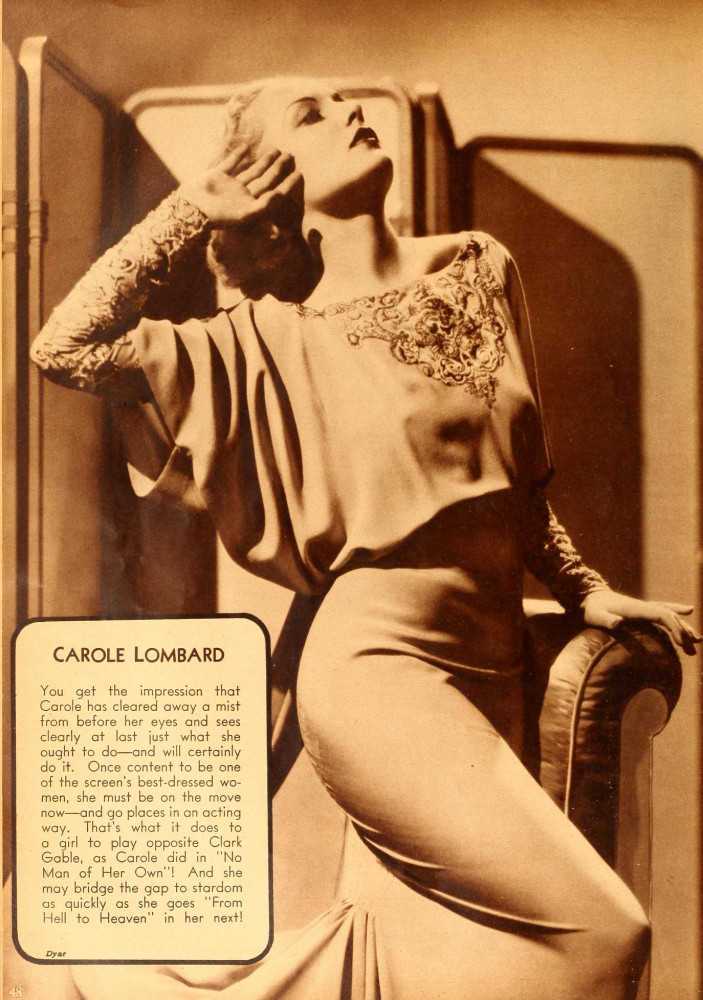 At the start of 1933, Carole Lombard still was better known for how she dressed than how she acted, although her work opposite Clark Gable in the recent "No Man Of Her Own" opened some eyes (if not then her own) as to what she could become.

But Mrs. William Powell (already in a deteriorating marriage, one that would officially end that August) retained that reputation on Feb. 1, when she headed downtown to the Biltmore on Pershing Square... 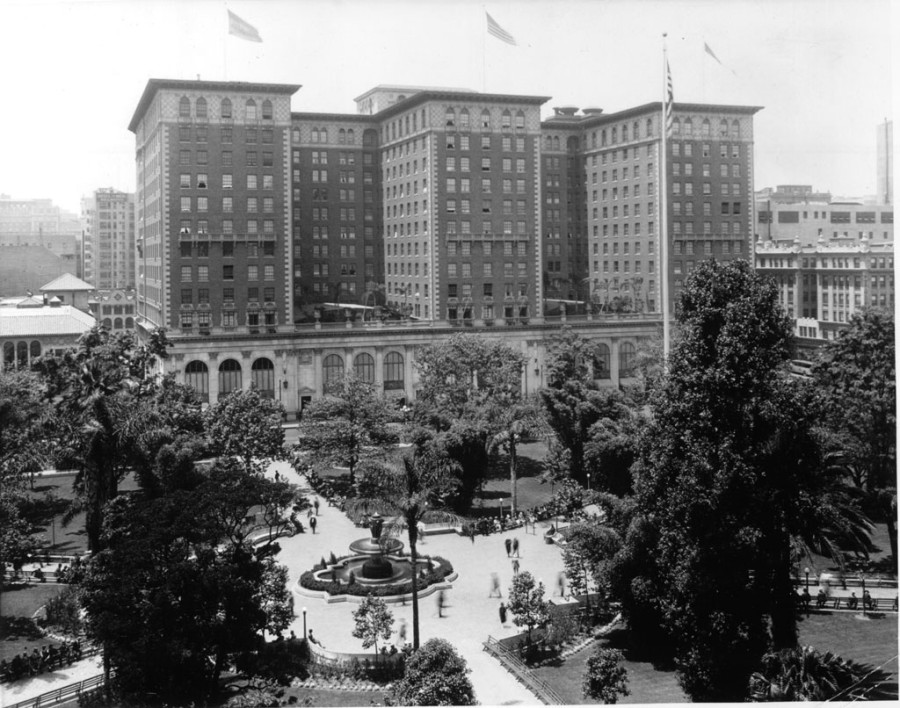 ...for the annual Mayfair Club party. How do we know? We have photographic proof: 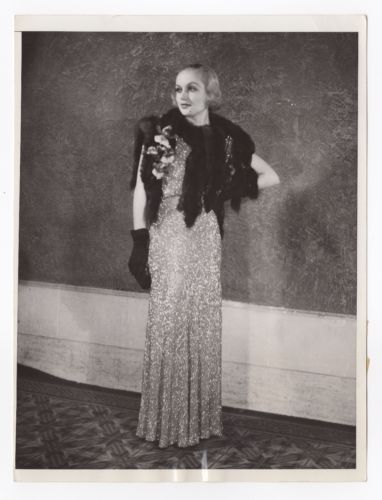 Stunning, to say the least. Some other views of the pic, first without the border: 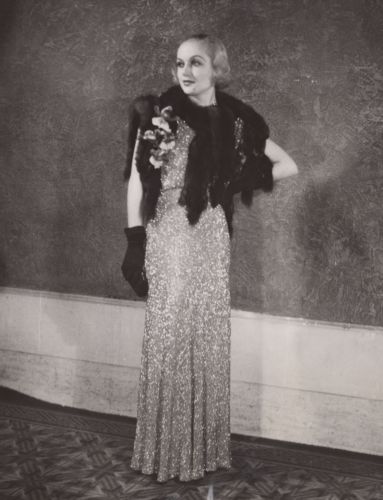 Next, one minus the background:

Finally, the top of the outfit: 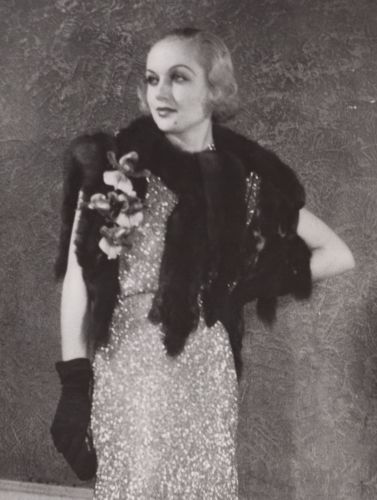 Moreover, the back of this photo contains a snipe, describing Lombard as "a picture of poised loveliness"). Here's the rear, along with enlargements of the snipe and the stamp: 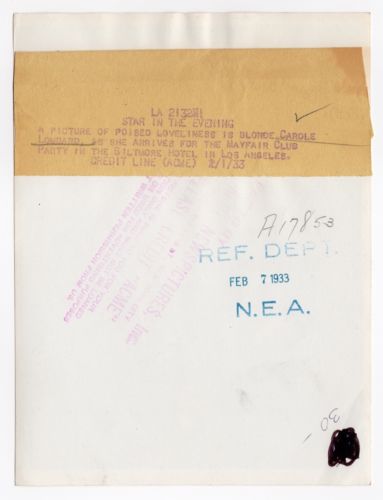 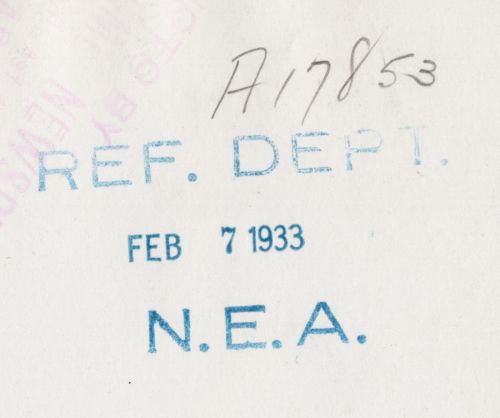 The particulars: It's 6" x 8", glossy and single-weight. It has surface wear with soft bends, but is still in fine condition.