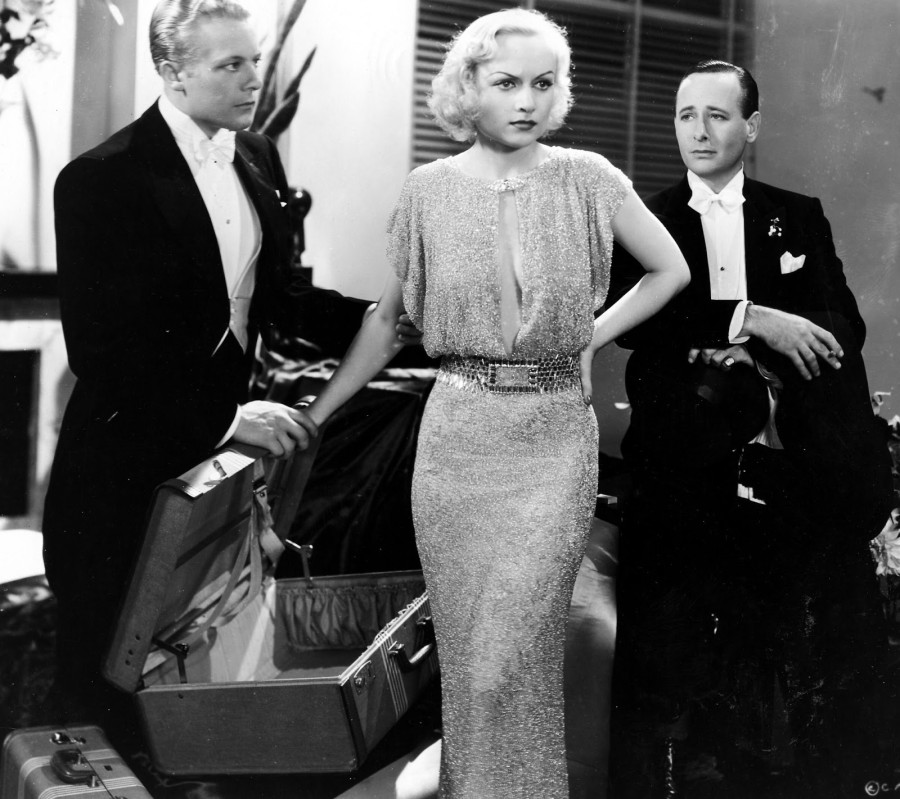 Is "Brief Moment" the most overlooked of Carole Lombard's five films for Columbia? You could make a good case for that. It doesn't have the pre-Code dynamite of "Virtue" nor the occasional comic Carole forays of "No More Orchids." Her last for the studio, "Lady By Choice," gives her some splendid interaction with May Robson.

So in her pantheon, "Brief Moment" can get lost in the shuffle -- a capable movie, though not a particularly memorable one. Released in September 1933, when Carole still was better known as a clotheshorse than an actress, it's derived from a Broadway play by S.N. Behrman and co-stars Gene Raymond (whom several years later, with darkened hair, would once more work with Lombard in "Mr. & Mrs. Smith").

We bring this up because a rare vintage photo promoting the film has emerged on eBay. According to the seller, information on the back of the photo notes the outfit was designed by Travis Banton, like Lombard on loan from their home base of Paramount.

Carole is shown in the same outfit in the movie's press book, promoting what Lombard wears to owners of women's apparel shops: 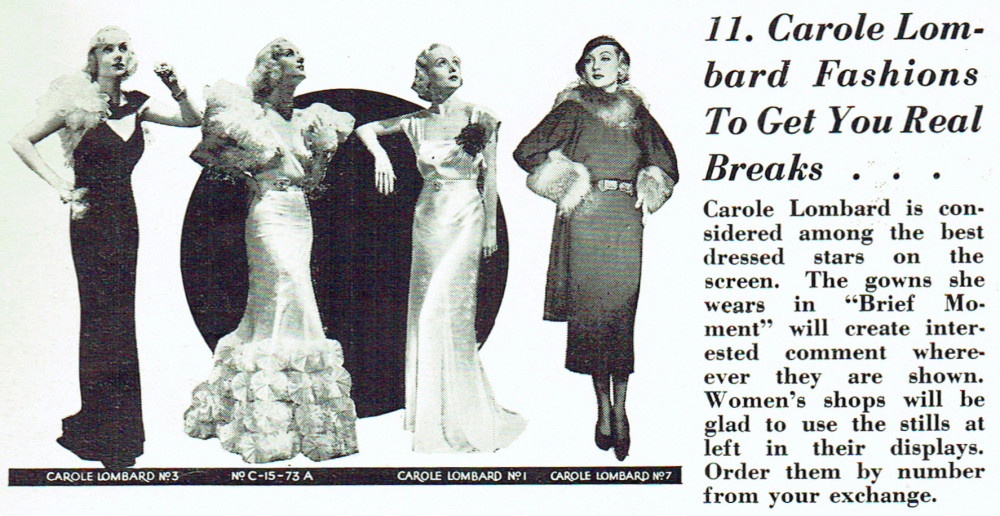 The photo measures 8" x 10", and the seller notes it has "age/handling wear" (no surprise -- it's 85 years old!) and "some surface dings/creases, more obvious under light." 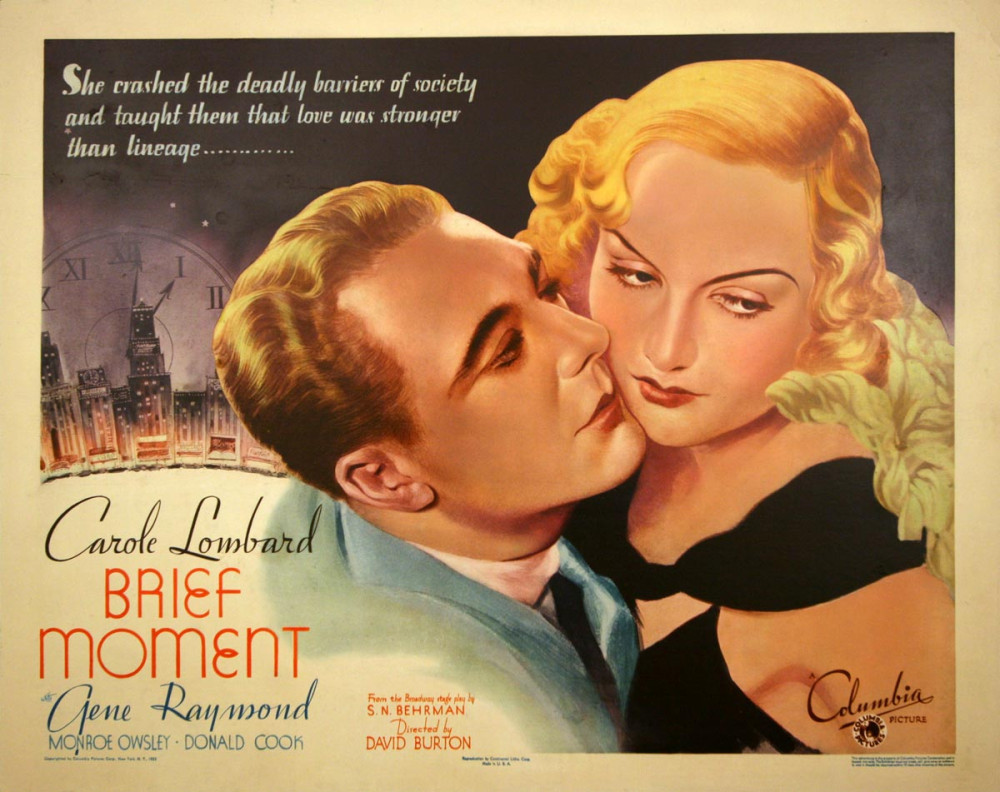