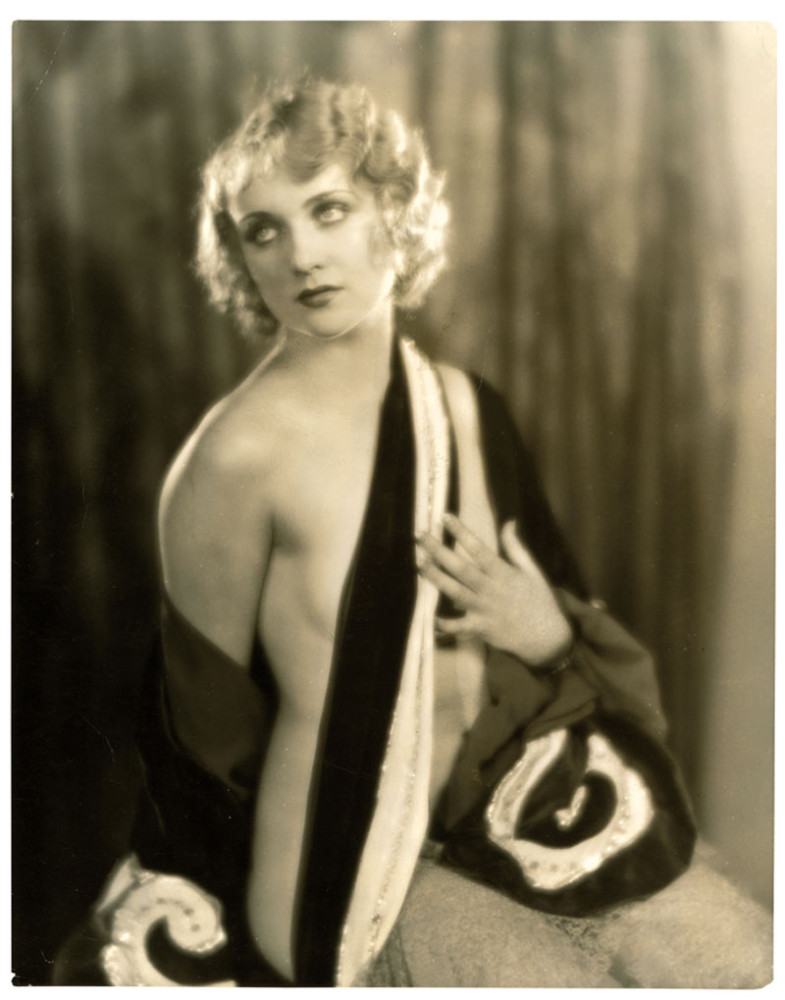 Carole Lombard may have shown more skin at Pathe than she later would in her pre-Code days at Paramount, but at either place she exuded plenty of sex appeal. Witness: 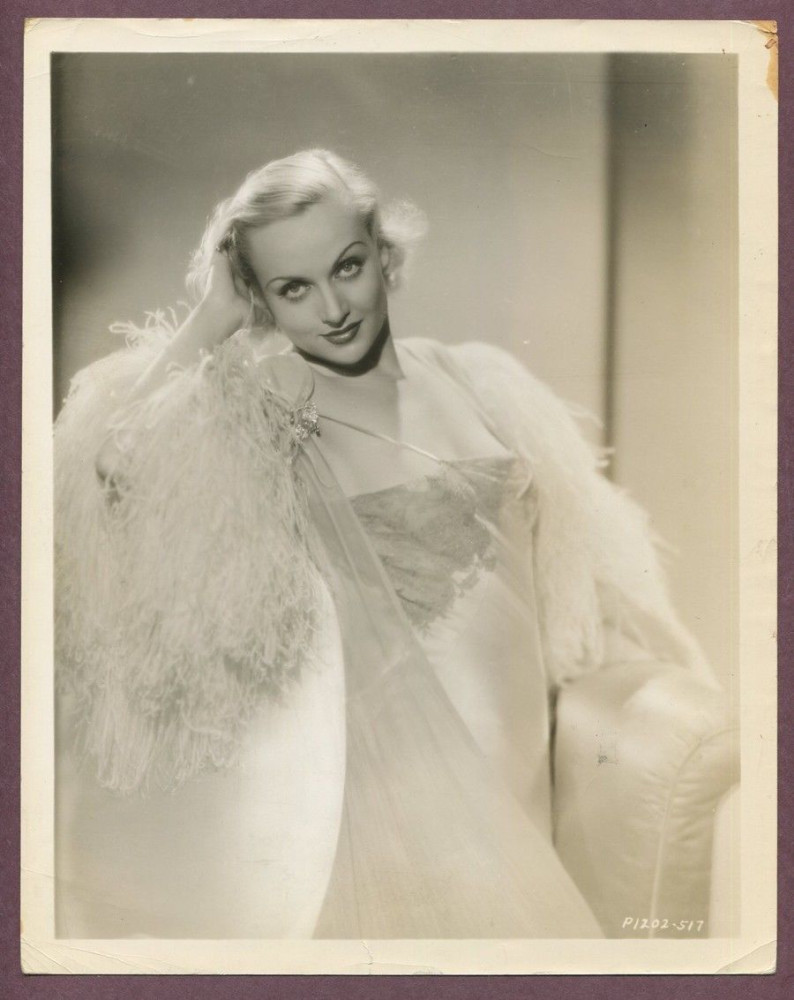 That's Paramount p1202-517, an image we ran several years ago. But I don't believe we then had the snipe on the back. Now we do. 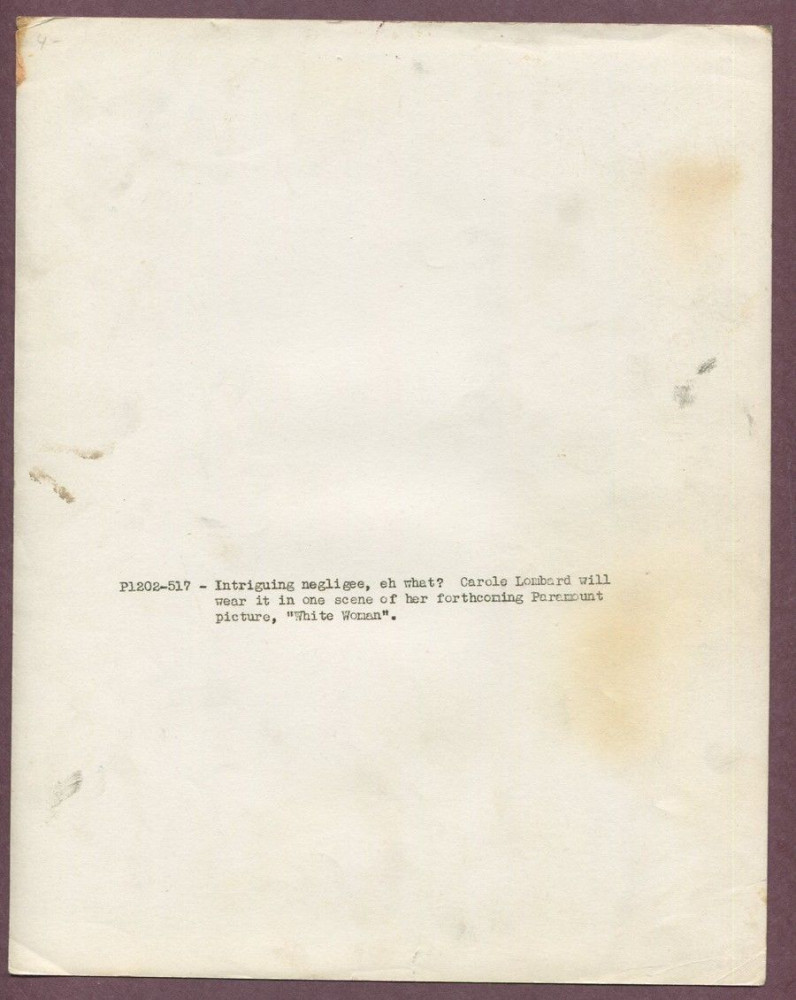 Intriguing negligee, eh what? Carole Lombard will wear it in one scene of her forthcoming Paramount picture, "White Woman."

OK, so we now know this photo is likely from the second half of 1933, to promote her upcoming over-the-top potboiler, "White Woman." And although we're certain Paramount designer Travis Banton used plenty of costly material to create Lombard's lingerie, I'm guessing that in 1933 dollars, this negligee didn't cost the studio $299.

But that's what the buyer is asking if you want to swoop in and buy this on eBay. Fortunately, you're provided an alternative -- making an offer. This auction is slated to end at 6:31 p.m. (Eastern) on May 2.

To make an offer, or buy it right away (it looks to be in pretty good condition for an original vintage photo nearly 85 years old), visit https://www.ebay.com/itm/CAROLE-LOMBARD-Risque-Revealing-Negligee-White-Woman-1933-Sexy-Glamour-Photo/392012121898?hash=item5b45be472a:g:0gkAAOSwJtdaIvu6.
Collapse