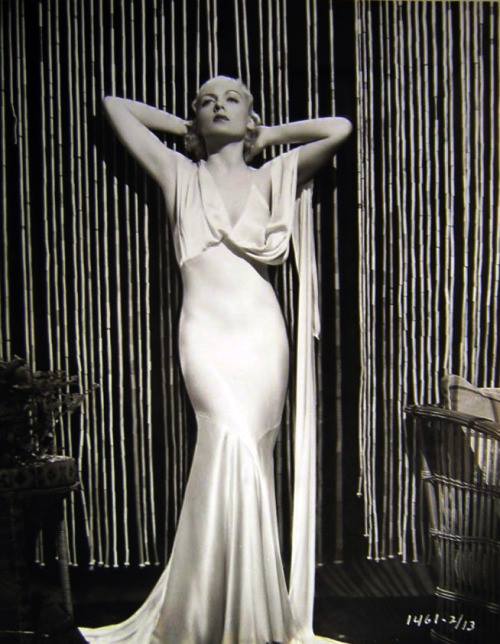 A Carole Lombard trivia question: Which Academy Award winners did she co-star with? The catch is this: They already had to have won the award at the time they appeared on screen with Carole, so Clark Gable, James Stewart and Paul Lukas don't count. (Lukas, who worked with her in 1932's "No One Man," won his Oscar for 1943's "Watch on the Rhine.")

The pic above is a hint for one of the three answers -- it's from 1933's "White Woman," where Lombard's leading man was Charles Laughton, just off his award-winning performance in "The Private Life of Henry VIII." Another is Fredric March, a co-winner for "Dr. Jekyll & Mr. Hyde" (1932) who appeared with Carole in "The Eagle and the Hawk" (1933) and "Nothing Sacred" (1937).

The third is an actor rarely associated with Lombard, for several reasons: They worked together but once, and Lombard's role was a supporting one. And while he was a notable actor of his day, with credits that include one of Hollywood's most important musicals, he's now for some reason among the more obscure Oscar winners. 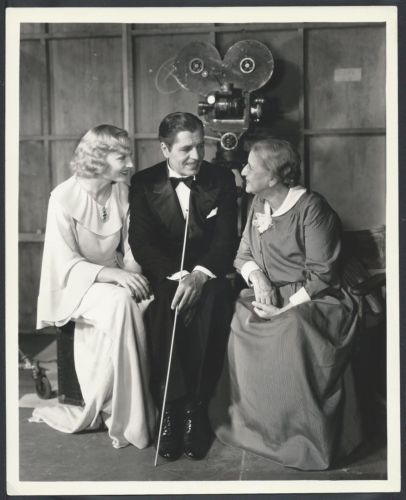 Still don't know who he is? Then here's the snipe to provide you the answer:

He's Warner Baxter, who won the Oscar for playing the Cisco Kid in the early western "In Old Arizona" (1929), then reprised his role a year later in "The Arizona Kid," with Carole in the atypical role of a villainess: 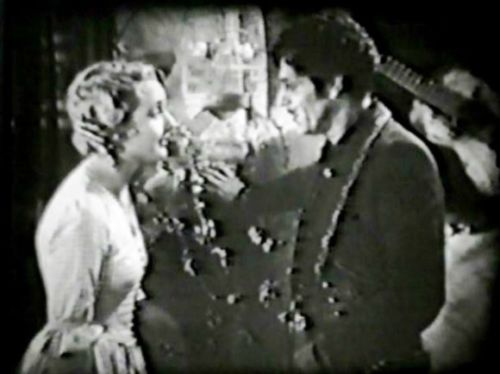 And the musical? None other than "42nd Street" (1933), which revived the backstage musical following a few years of dormancy. He plays Broadway impresario Julian Marsh, who battles depression (his) and the Depression (global), risking everything for a hit show. 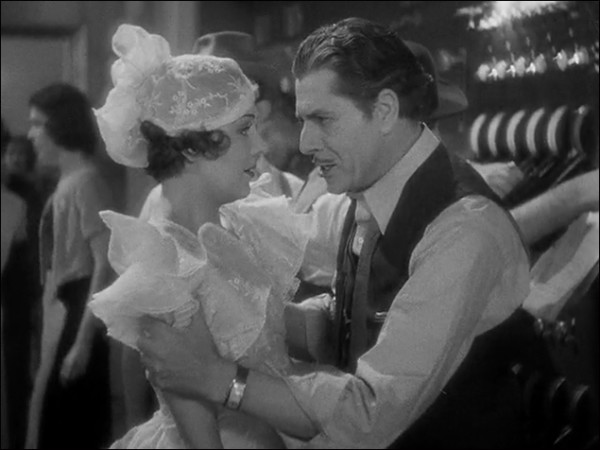 Above is the scene where Marsh tells understdy Peggy Sawyer (Ruby Keeler), "You're going out a youngster, but you've got to come back a star!"

But by the start of the 1940s, Baxter's popularity had waned, and he was suffering from arthritis, which continued to worsen. In 1951, he decided to undergo a procedure developed in the late 1930s and was said to relieve pain and calm aggressive psychotics.

The procedure: A transorbital lobotomy. It accessed the brain through eye sockets, eliminating the need for drilling holes in the skull. From a 2018 perspective, such a practice seems primitive at best, since the effects are irreversible, but 70 years ago it was viewed as a reasonable way to take care of the mentally ill. (Psycho-pharmaceuticals had yet to be discovered.)

Many were lobotomized against their will, but Baxter wasn't among them. Desperate for any form of help in early 1951, he chose the procedure despite being told it could permanently damage his brain.

The result? Baxter's pain ended, but at a lethal price -- he lost much of his memory, developed crippling seizures and became apathetic. Several weeks after the procedure, on May 7, 1951, he died of pneumonia.

For more on this tragedy, go to https://www.thevintagenews.com/2017/12/25/warner-baxter/.
Collapse