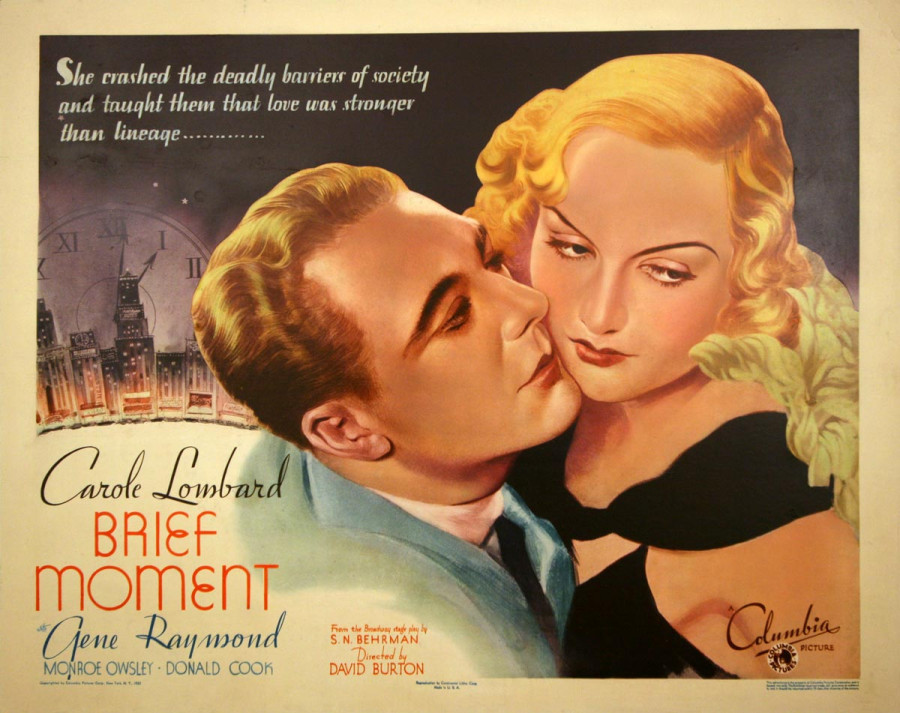 Is "Brief Moment," from the fall of 1933, the least-known of Carole Lombard's five Columbia films? Perhaps. But this drama co-starring Gene Raymond, adapted from a Broadway play, has some things going for it -- among them a solid script and decent performances by both leads.

Now, eBay has three stills of Lombard and Raymond (who would re-team with Carole years later in the comedy "Mr. & Mrs. Smith") available. 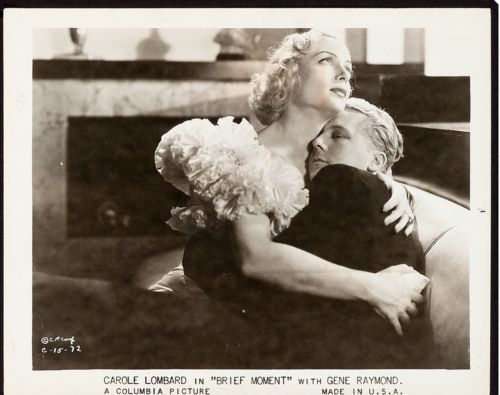 Next up, an image censor Joseph Breen might have deemed too steamy once the Production Code was seriously enforced in mid-1934: 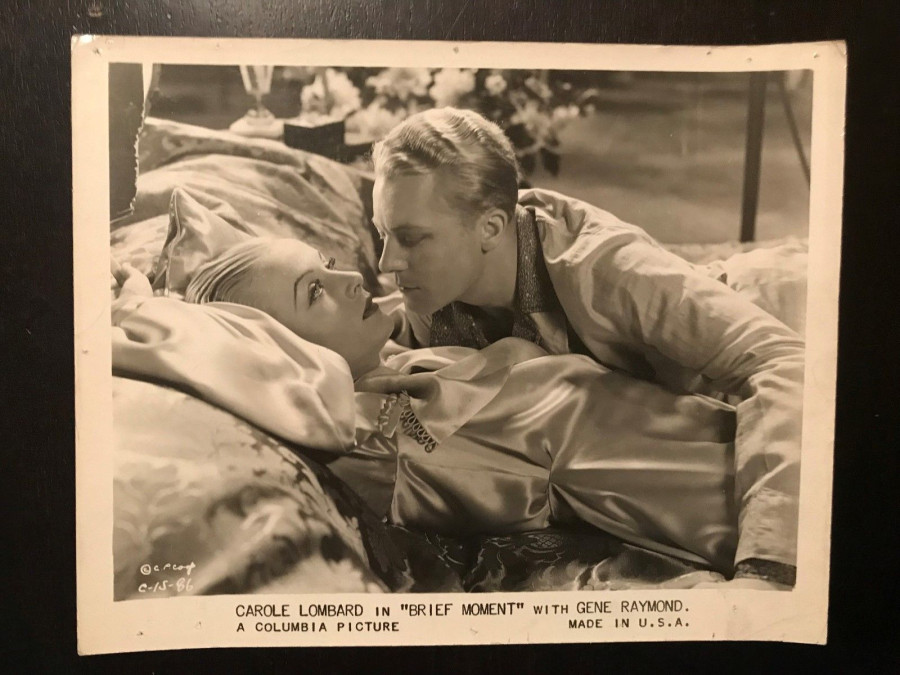 It's considered in "fine" condition. Bidding begins at $14.99, with the auction closing Wednesday at 5:14 p.m. (Eastern). You can learn more by visiting https://www.ebay.com/itm/CAROLE-LOMBARD-Original-Still-BRIEF-MOMENT/192412904733?hash=item2cccb3ed1d:g:vr0AAOSwyYFaMdor.

Finally, Lombard and Raymond are shown in a far less controversial environment -- at a restaurant: 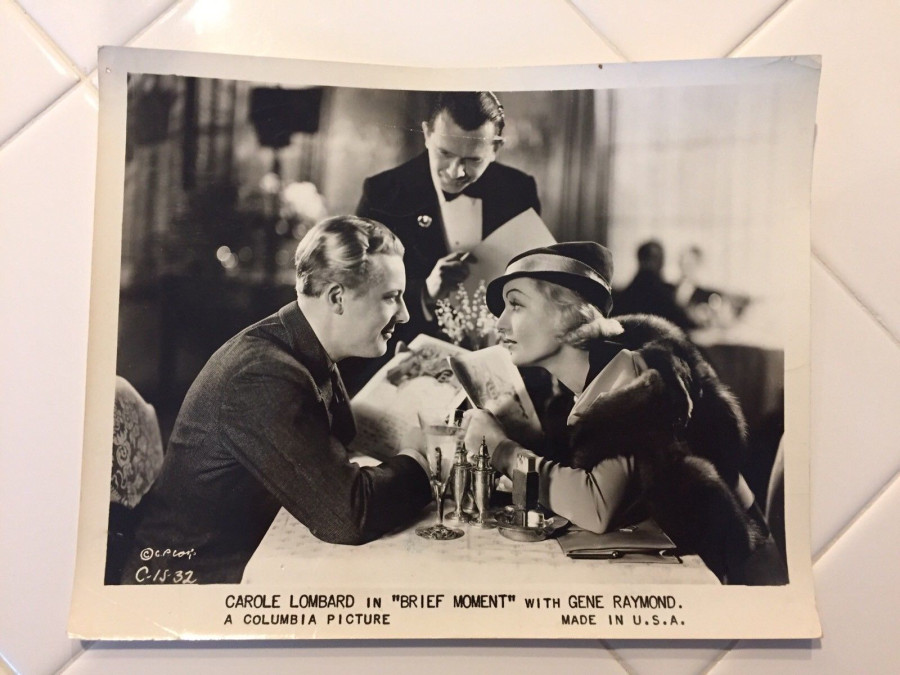 This one's listed "in very good condition overall," and can be bought for $6.99. Interested? Then check out https://www.ebay.com/itm/Carole-Lombard-In-Brief-Moment-With-Gene-Raymond-Original-Movie-Still/192410867176?hash=item2ccc94d5e8:g:~psAAOSw7eFZzEaP.
Collapse