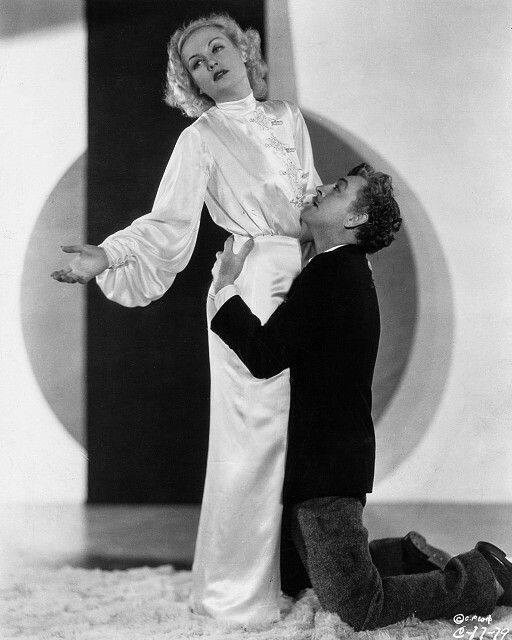 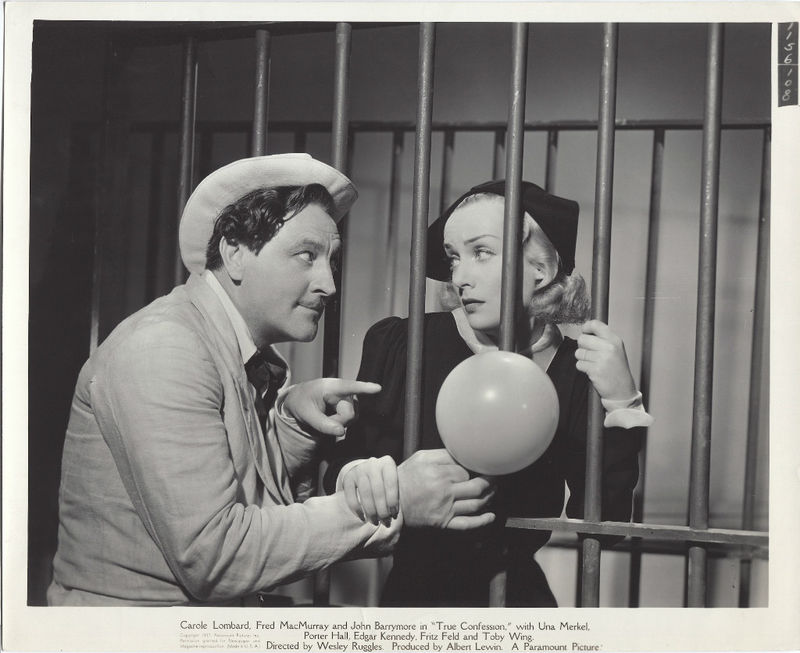 Carole Lombard's cinematic relationship with John Barrymore has elements of "What Price Hollywood?" or "A Star Is Born." While Lombard hardly was unknown in early 1934 when she co-starred with Barrymore in "Twentieth Century" (top), she had yet to establish a consistent screen identity and was better known as a clotheshorse than an actress. Barrymore -- one of Hollywood's iconic actors -- and director Howard Hawks elicited a career-changing comedic performance from Carole, who won praise from "the Great Profile." By late 1935, comedy was her genre.

By late 1937, the tables had turned. Lombard was riding high as the industry's hottest female star, while Barrymore's star had dimmed due to dissolute living from alcohol. Carole remembered her former co-star's compliments, and successfully lobbied Paramount not only to cast him in "True Confession" (bottom), but bill him third. He gave an outlandish performance as a criminologist against Lombard's pathological liar and lawyer-husband Fred MacMurray.

If you're in southern California, you can watch both Lombard-Barrymore collaborations on the big screen Saturday night. American Cinematheque is showing this twin bill at 7:30 at the Aero Theater, 1328 Montana Avenue in Santa Monica. (It's not within walking distance of Metro's Expo Line, but can be reached by several Big Blue Bus routes.) 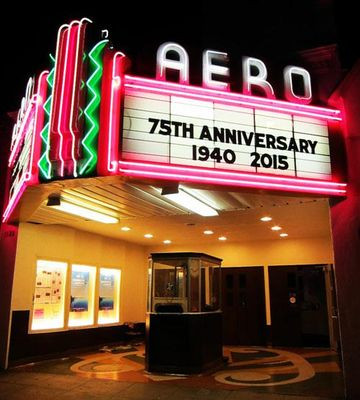 The Aero began its weekend salute to screwball/romantic comedy last night with a pair of Ernst Lubitsch titles, "Cluny Brown" and "Trouble in Paradise." Tonight, it's showing two from Hawks, "His Girl Friday" and "Ball of Fire." Monday at 3, it goes Marx for New Year's Day, with "Animal Crackers" and "Horse Feathers." To purchase tickets for $12 for any of these dates, visit https://www.fandango.com/american-cinematheque-at-the-aero-theatre-aacpd/theater-page. 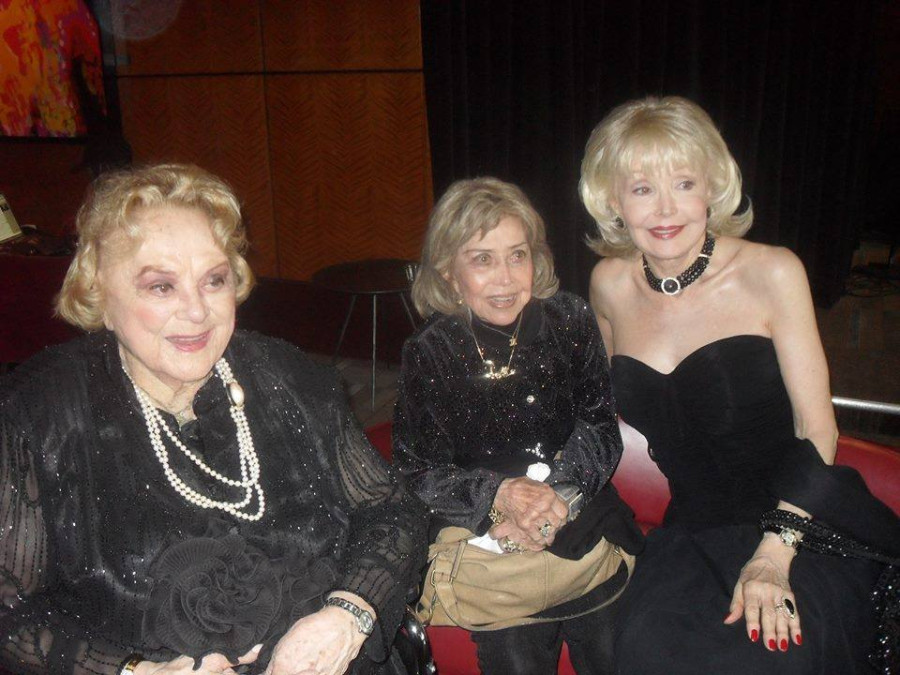 As 2017 is closing, it's claiming as many entertainment notables as 2016 did. Above are three wonderful ladies we lost -- from right, my Facebook friend Francine York (https://carole-and-co.livejournal.com/856902.html), legendary voice actor June Foray and, at left, Rose Marie, who left us yesterday at age 94.

Most will remember her as Sally, the wisecracking TV writer on "The Dick Van Dyke Show," but her career was so much more than that. In the late '50s, she worked on the Robert Cummings sitcom "Love That Bob," and FB friend Mamie Van Doren remembers her fondly. Then again, who didn't? 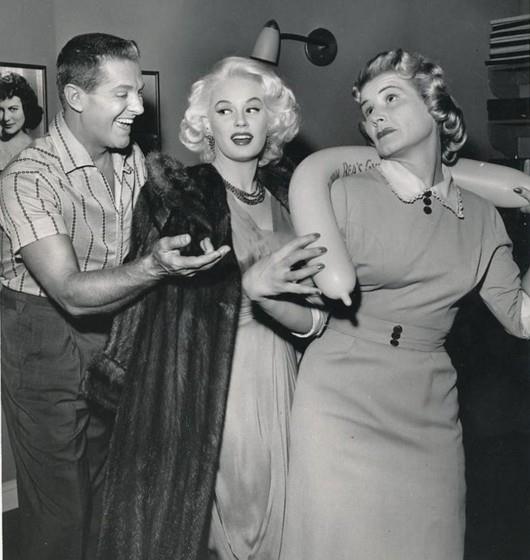 Rose Marie spent nearly her entire life in show business. As Baby Rose Marie, she was a popular vaudeville act in the late 1920s, then began singing as a child with Fletcher Henderson's orchestra, among others. Was her act a novelty? Certainly -- but she was good. (Perhaps Lombard saw her perform.) Here's proof of Baby Rose Marie's talent...a 1929 Vitaphone short where she sings "(Baby Boys) Don't Be Like That":

A documentary on her remarkable career, "Wait For Your Laugh," came out last month, and I'm delighted she not only saw its release, but experienced the adulation she most surely deserved. You will be missed, Rose Marie.
Collapse