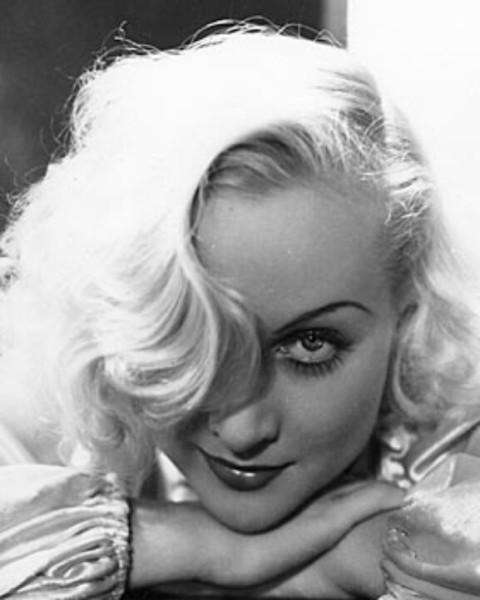 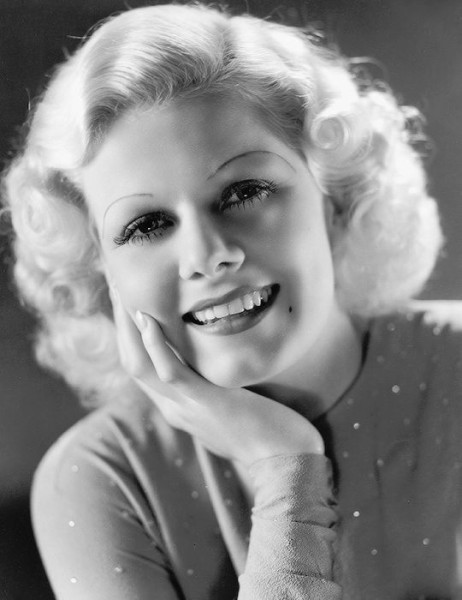 For a brief spell in the early 1930s, Carole Lombard appeared to be emulating Jean Harlow by making her hair as platinum as possible. (You could argue that peek-a-boo hairstyle was predicting the rise of Veronica Lake, who would gain stardom at the end of the decade.)

Now, there's another link of sorts between these short-lived blonde icons. Recently, we wrote an entry on a Jean Harlow exhibit at the Hollywood Museum (https://carole-and-co.livejournal.com/877704.html); much of the exhibit remains there, although some items were removed earlier this week. One item still on display is this painting, "Farewell to Earth," that Jean's mother commissioned after her death in 1937. Unseen for decades, it was tracked down by Harlow expert Darrell Rooney and brought back for public viewing: 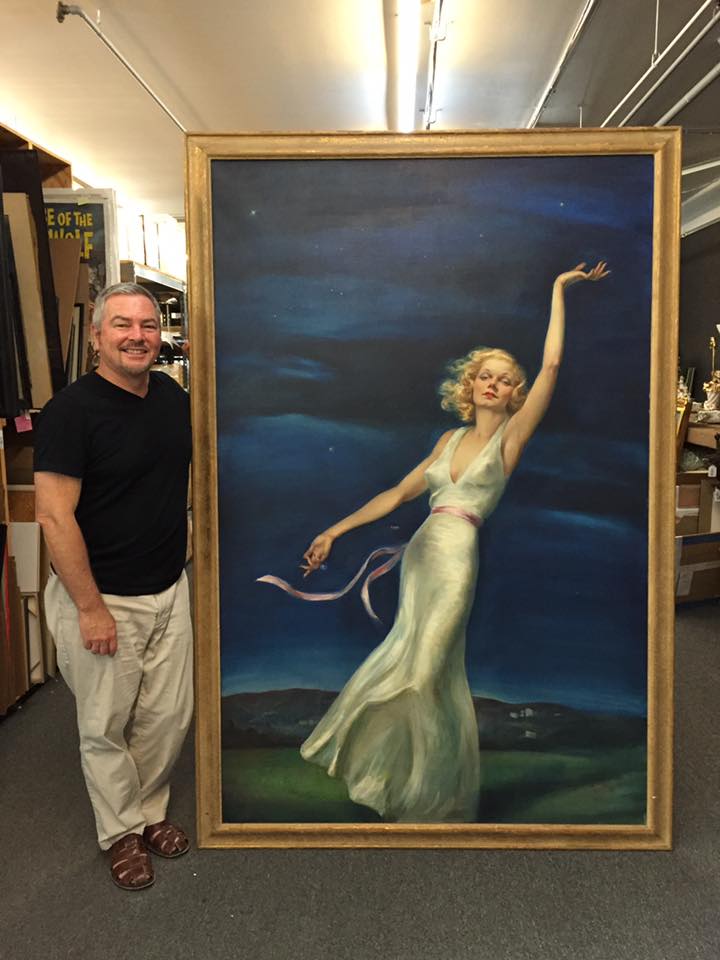 Now, a similarly cosmic-themed artwork -- this starring Lombard -- has been created by Joseph Charles Savage Jr.: 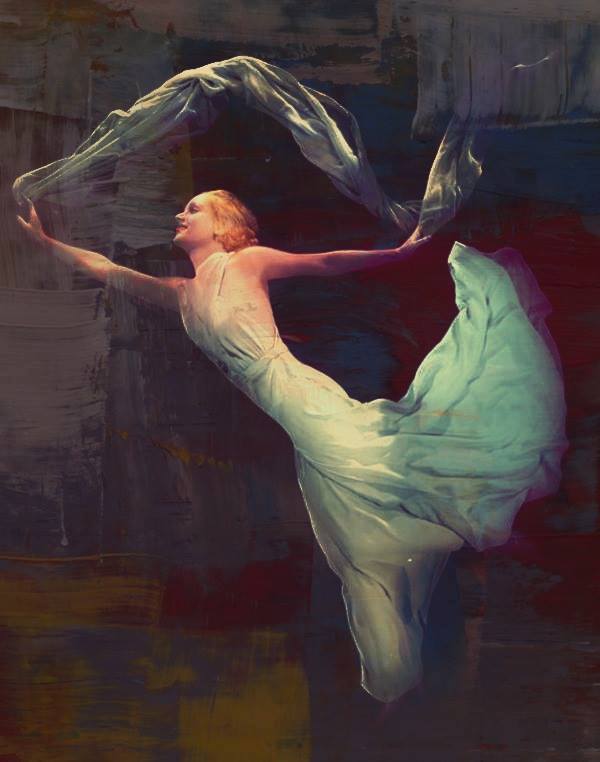 This is an enhanced photo restoration of one of Carole's Paramount p1202 images (alas, I can't track down the specific number at this time).

When I make new friends on Facebook, my custom is to send them a photo of Lombard with this message: "Thank you for friending. Carole thanks you too." I sent Savage a friend request, and after he accepted, I sent this pic: 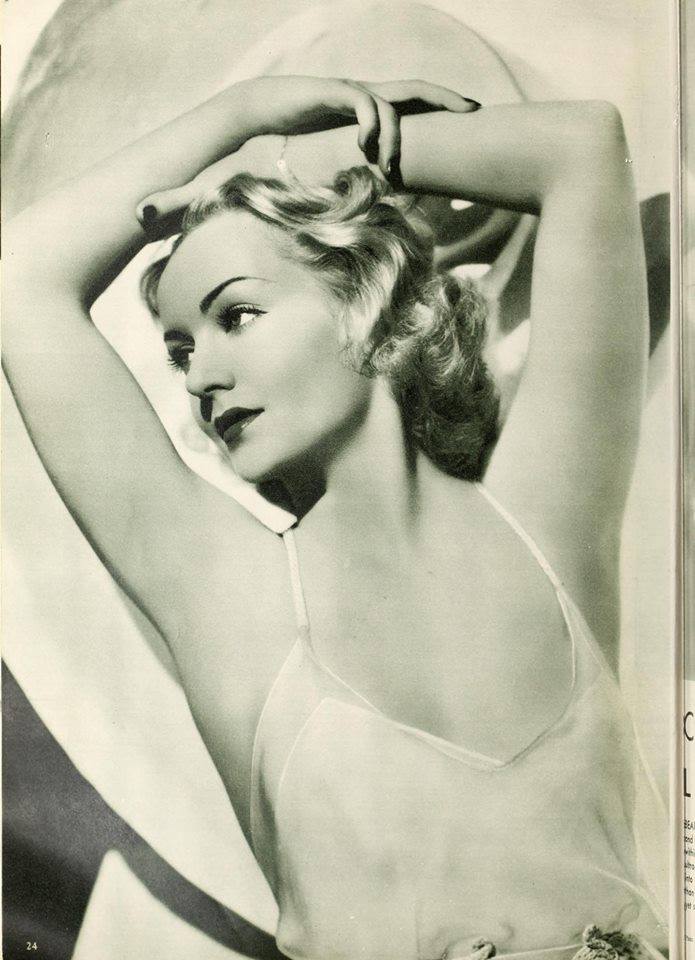 He performed one of his colorizations, and came up with this: 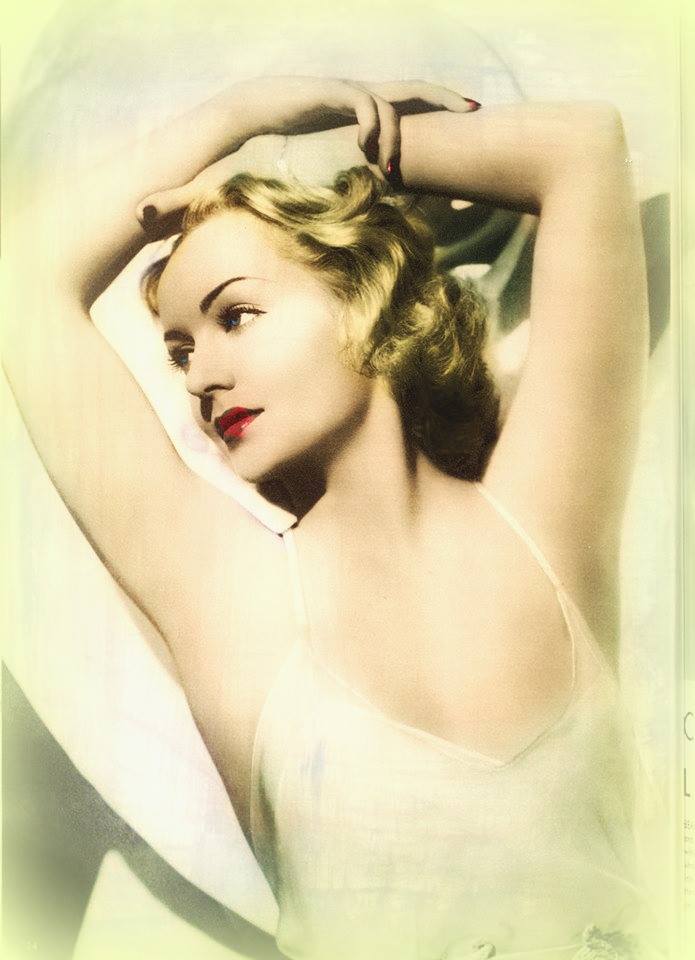 Savage says on his restorations, "I will use some graphic enhancements and sometimes handpoint." The cosmic Carole? "This one was mostly digital restoration. My inspiration -- lol. THAT could be a long story."

And nowhere in that story is Harlow mentioned:

"I tried (still writing) to break writer's block as I writing a sci-fi series I called 'Up and Out There.' I had writer's block for a while and would paint, and work on photos.

"However, in the storyline, part of it was 'time and space' -- the characters get to become young again -- so I started with my family and 'old Hollywood.' Jane -- aka Carole -- well, she died near where I was born [Henderson, Nev., near Las Vegas]. Then I had a bad accident there too. Long story short, the more restorations I did of her photos, the better I got, lol. And oddly enough, my daughter, now grown, does resemble her quite a lot."

I think he's done a splendid job with that restoration...and if anyone knows the p1202 number of the original image, please let me know.
Collapse