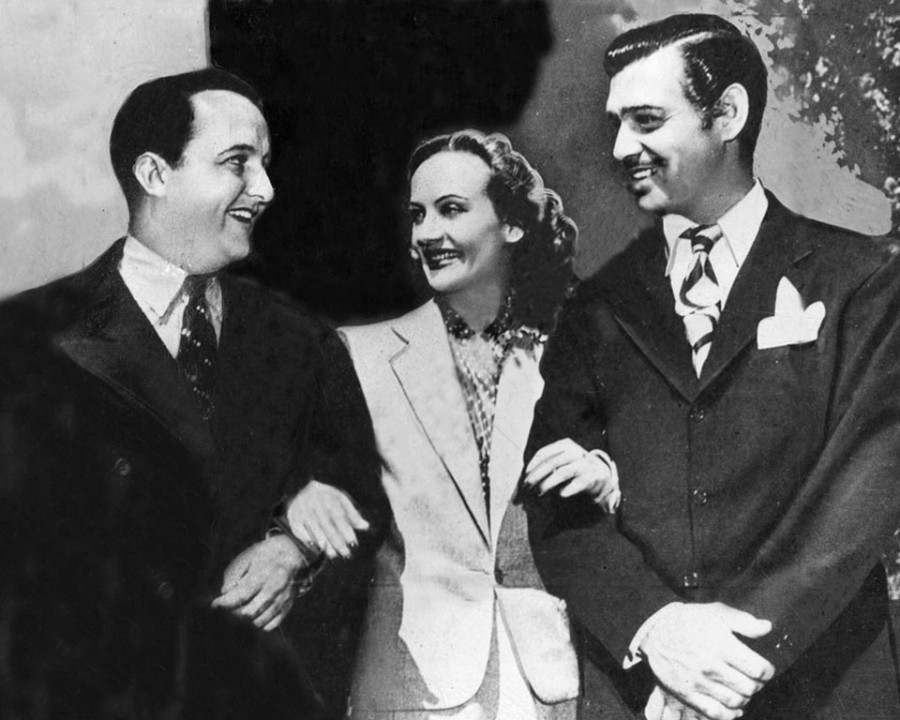 Yesterday's entry was on a letter from Carole Lombard and Clark Gable to MGM publicist Otto Winkler and wife Jill thanking them for the roses they had received for Christmas 1941...less than three weeks before Carole and Otto would die in a plane crash. (Above is Winkler with the Gables on March 30, 1939, the day after the Arizona wedding he'd accompany them to and back. Below, Otto and Clark are shown at MGM in 1937.) 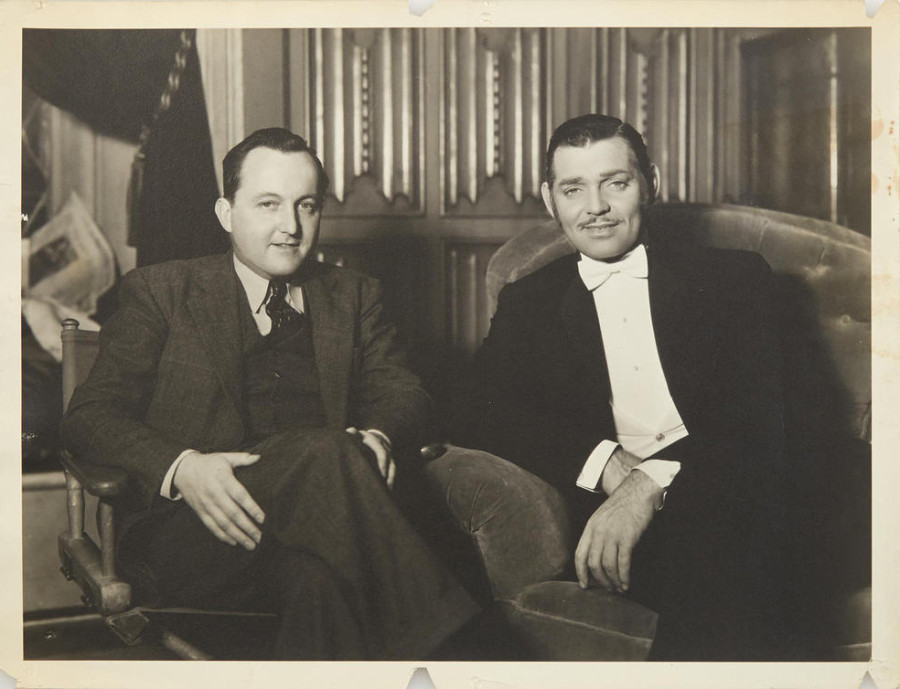 At it turns out, that wasn't the first floral correspondence between Lombard and Winkler. She had turned 33 on Oct. 6, while concluding a pheasant hunting trip with Clark in South Dakota. (In her autobiography "Playing the Field," Facebook friend Mamie Van Doren -- then a child named Joan Olander -- recalls seeing the Gables arrive at the Sioux Falls airport. Some 17 years later, Van Doren would act with Gable in "Teacher's Pet.") When the couple came home a few days later, she was greeted with a birthday gift from the Winklers: 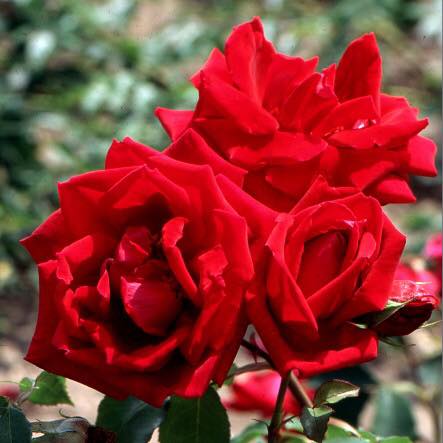 Upon arriving home on October 11, Carole composed this "thank you" letter: 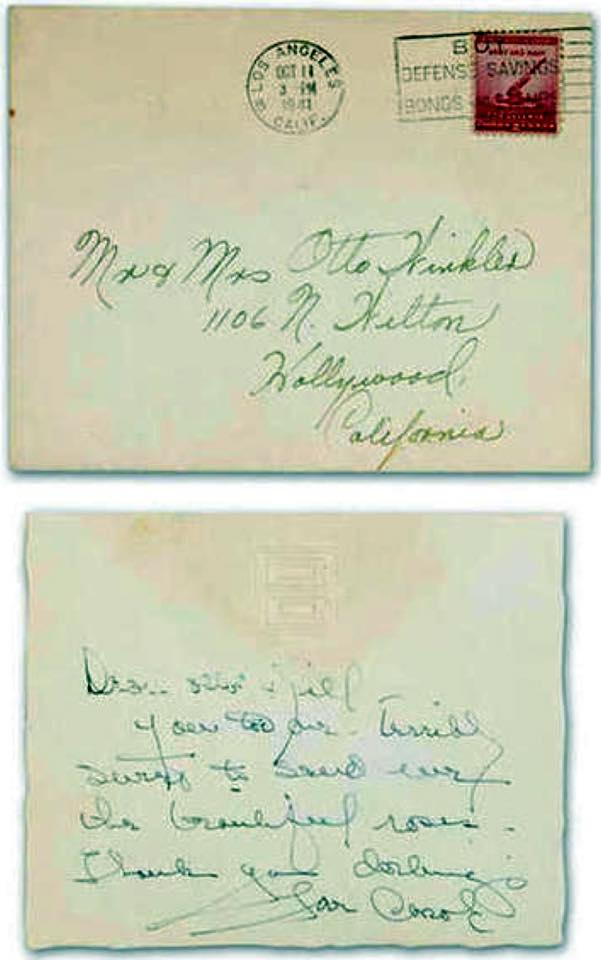 It reads:
"Dear Otto & Jill,
You two are terribly sweet to send over the beautiful roses.
Thank you darling's.
Love Carole

Some lessons from this letter and the one sent a few months later:

* This almost was certainly written by Lombard. The green ink is a hint.
* Any doubt that the Winklers resided at 1106 North Wilton Place -- some blocks north of where Carole lived with her brothers and mother during much of the 1920s and into 1930 -- should end with this. The 1106 address, near Santa Monica Boulevard, would have been considered "Hollywood."
* Okay, so Lombard shouldn't have put an apostrophe in "darlings." She wasn't known as a great speller, and in her haste to get this out messed up her punctuation, too. (If you're out there, Carole, we kid out of love.)
* The defense themes of the postage and stamp are a reminder that the U.S., concerned with global conflict, already was preparing for mobilization.

All this, and yesterday's material, is courtesy of Brian Lee Anderson, who has done a superlative job in recent months of gathering Lombard material. There's a reason for it all -- he's putting together a book on the final few months of Carole's life, and it should be a fascinating volume.
Collapse