We traditionally open each Carole & Co. entry with an image of Carole Lombard associated with its subject, and so we do here. But this pic, from the July 1935 Radio Mirror, frankly doesn't do justice to either Carole or the other woman pictured. (The men in this 1934 pic are, from left, Walter Winchell, Russ Columbo and Jimmie Fidler.)

Alas, this is the only known picture featuring both Lombard and the similarly ill-fated Jean Harlow. (The story behind the image is at http://carole-and-co.livejournal.com/628632.html.) The beloved blondes became friends in the mid-'30s, which made sense as Harlow was seeing Carole's ex, William Powell, while in early 1936 Lombard became romantically involved with Clark Gable, a frequent co-star of Jean's. (While Gable and Harlow set off sparks on-screen, their off-screen relationship was more like brother and sister, affectionate but not romantic.)

We bring this up because the Hollywood Museum, located in the old Max Factor building just south of Hollywood and Highland (a place Carole and Jean visited after its opening in 1935), has been running an exhibit on Harlow for much of the year: 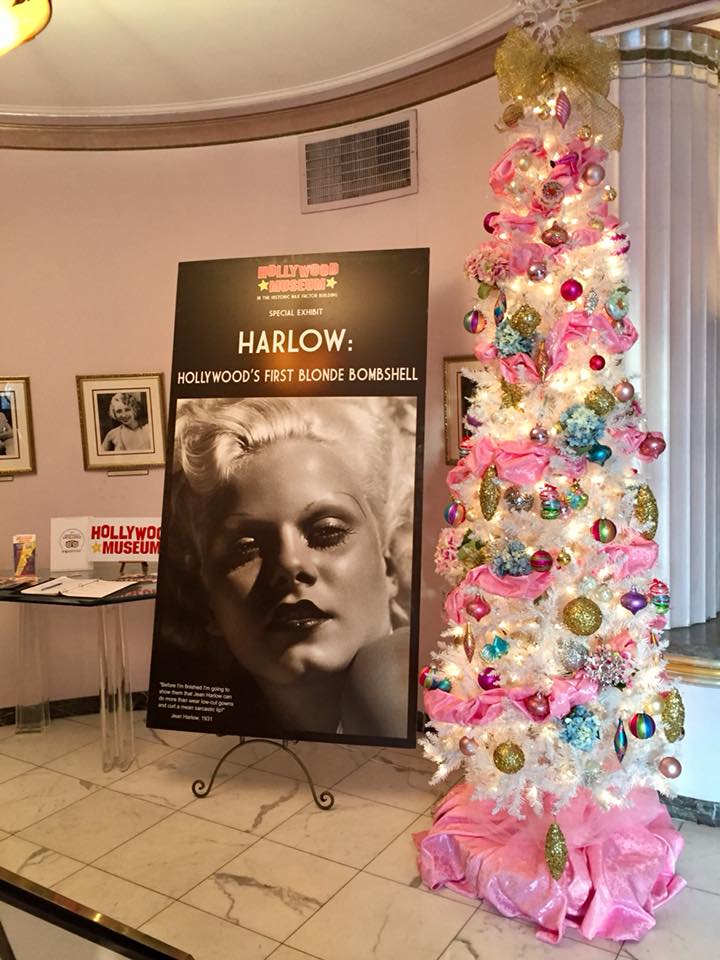 I attended this past Saturday, and to say it was fabulous would be an understatement. Much of that is a credit to Facebook friend Darrell Rooney, a Harlow expert and co-author of "Harlow in Hollywood," a coffee-table tome that's essential for any fan of "the Baby." 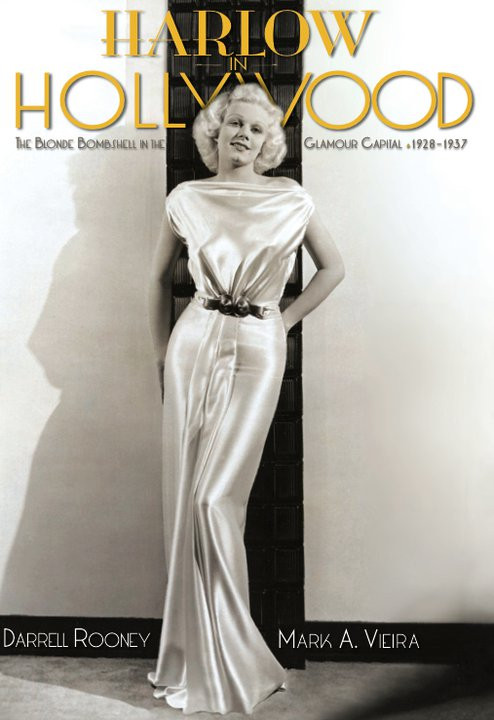 Below, Rooney stands alongside the portrait "Farewell to Earth," a work commissioned by her mother after Jean's death in June 1937. It disappeared for decades and was tracked down last year. Rooney led a campaign to restore it, and the painting has been at the museum since March. 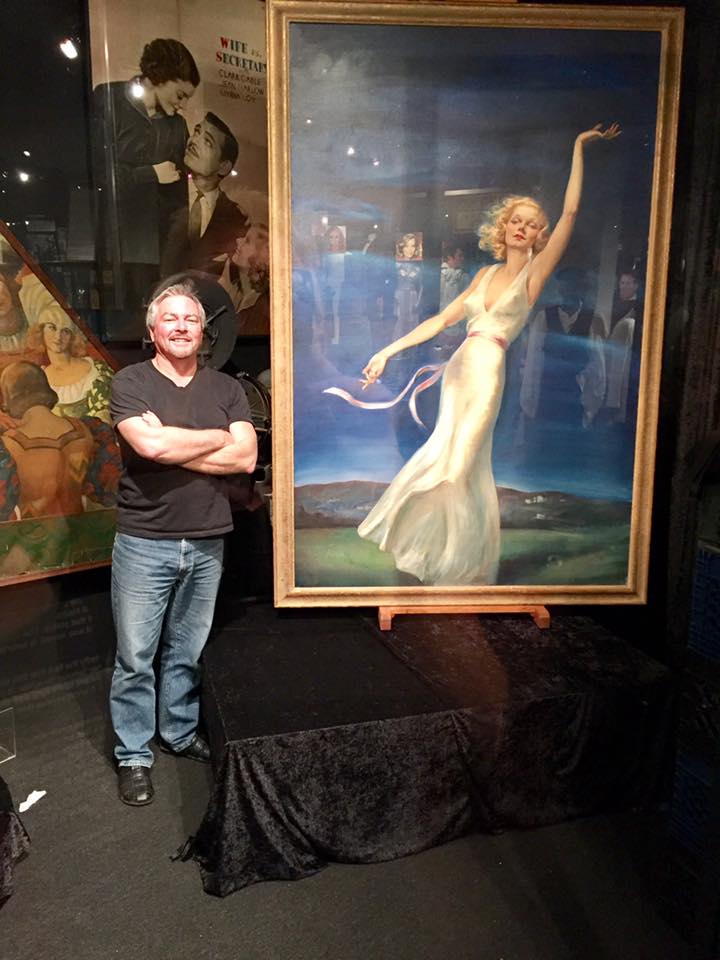 There's plenty else to see at the exhibit, including a mural commissioned by Harlow's new husband Paul Bern in mid-1932 (http://carole-and-co.livejournal.com/195033.html) and all sorts of other wonderful memorabilia. This wide angle shot of the main case provides a mere sample of what's on hand: 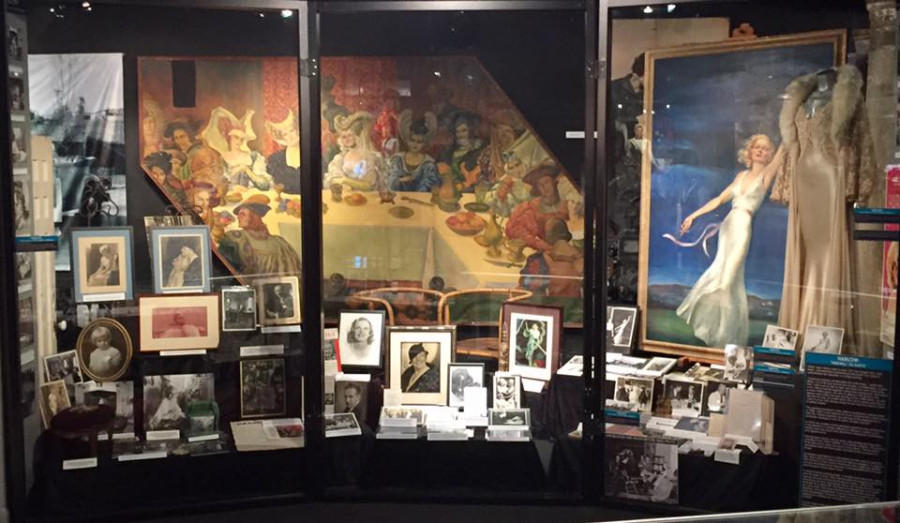 Unfortunately, one thing you won't see is Harlow's restored 1932 Packard Phaeton. Its run at the exhibit ended last Sunday: 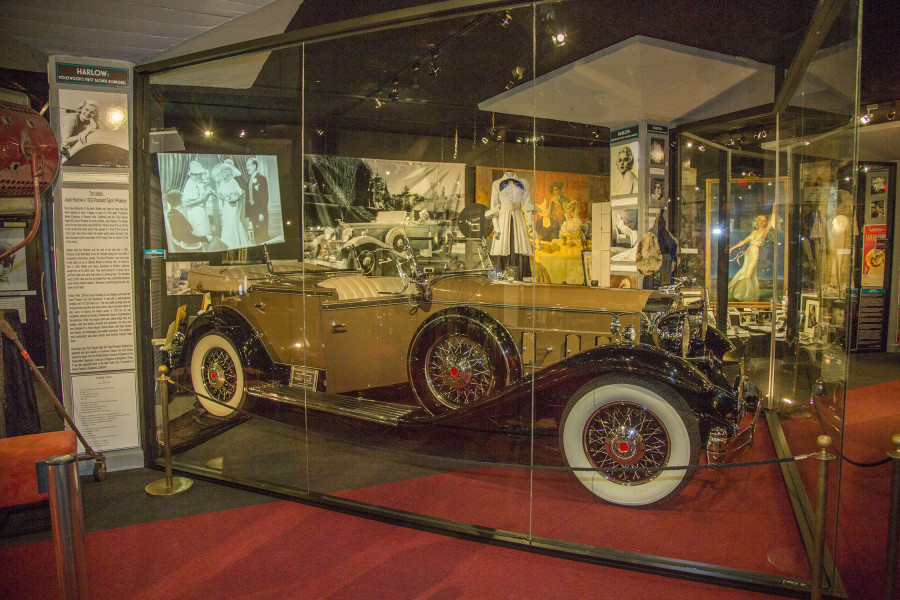 However, the rest of the exhibit remains on hand through Christmas Eve, and there's plenty to see at the museum's other displays -- including exhibits dedicated to Max Factor and Marilyn Monroe. (Hours are 10 a.m. to 5 p.m. Wednesdays through Sundays, although the museum will shut at 2 on the 24th.) Adult admission is $15; to learn more, visit http://www.thehollywoodmuseum.com. (More than four dozen pics of the collection, as well as Harlow beauty tips, can be found at https://classicblondes.com/2017/03/19/jean-harlow-exhibit-and-jeans-beauty-tips-4-8/) 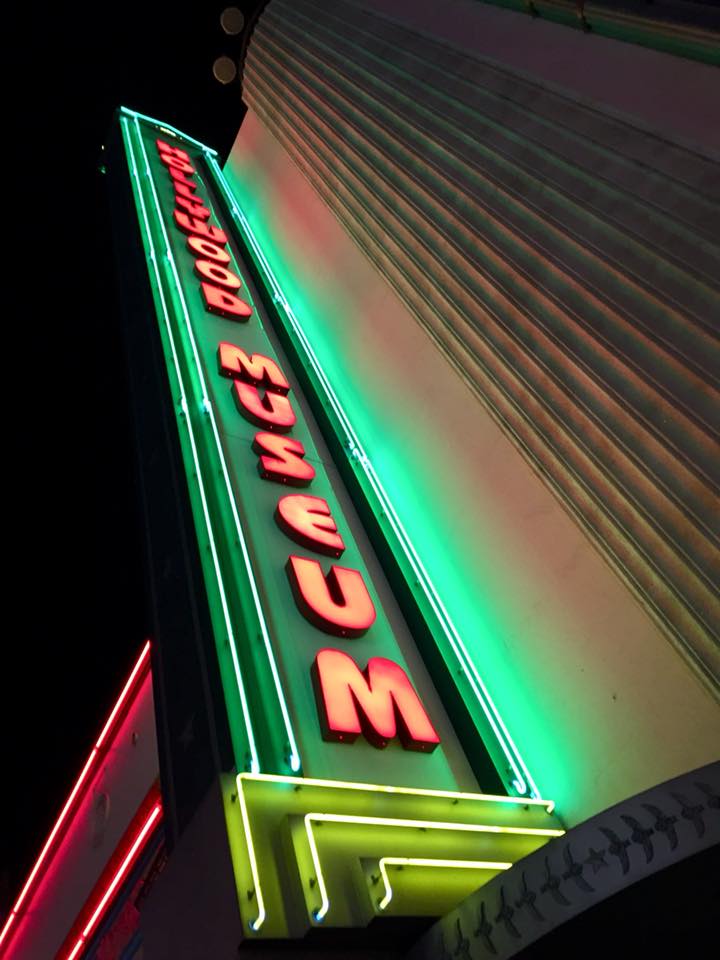 When I was there last Saturday (for about two hours), I talked with the front desk attendant and ticket seller and mentioned my ties to Lombard and the Carole & Co. site. She said she and museum officials were fans of Carole's as well, and said a Lombard exhibit might be something the museum would have interest in. We'll see where that may lead.
Collapse