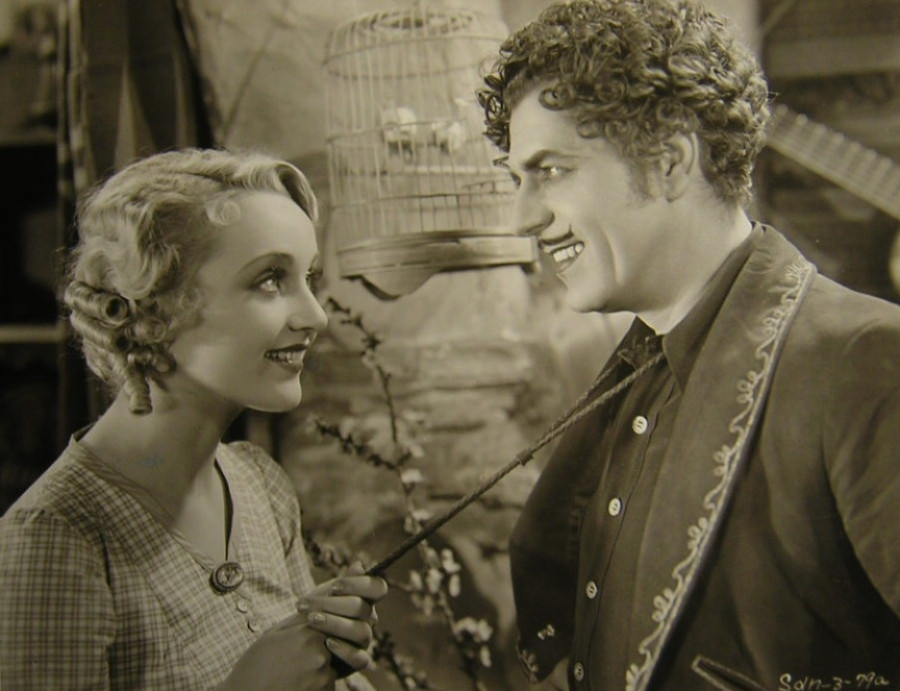 The 1930 western "The Arizona Kid" is the only surviving link of Carole Lombard, shown with Warner Baxter, to the Fox film studio (as a teenage starlet, she appeared in several now-lost silents there in the mid-1920s). She never worked for Walt Disney, but attended "Snow White & the Seven Dwarfs," the animator's first full-length feature, when it premiered in late 1937. By then, Fox was known as Twentieth Century-Fox, having recently merged with Darryl F. Zanuck's upstart studio.

This morning, the world woke up to a likely sale of much of Fox's assets to the already huge Disney empire (which includes, for those few who don't know, the ABC television network and its related cable networks such as Freeform, sports behemoth ESPN, and the rights to Marvel and "Star Wars" characters). The $52.4 billion, all-stock deal won't occur right away, given federal scrutiny, but when the dust clears in a few years, the global media landscape will be substantially different. 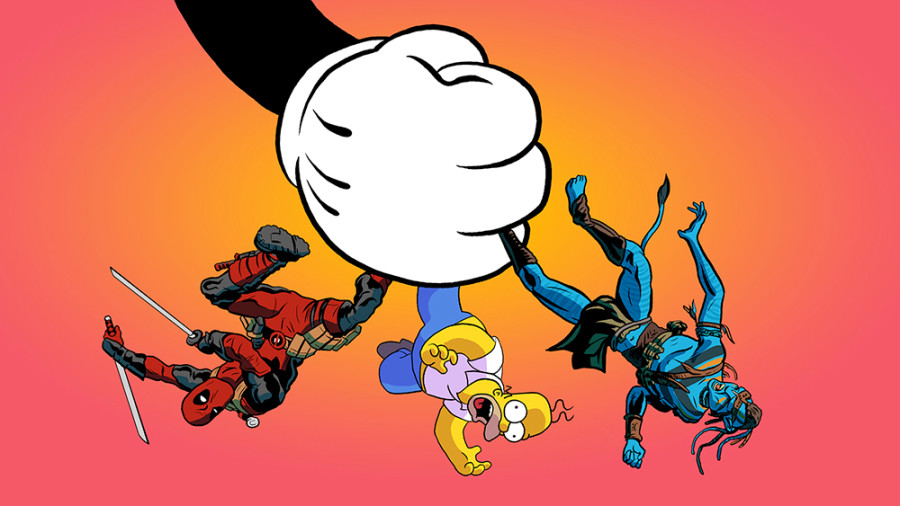 As noted in this illustration from Variety magazine, "The Simpsons," "X-Men" (a Marvel comic-book property not part of the Disney film package it purchased several years ago) and others eventually will be under the Disney aegis. (Imagine irreverent Bart Simpson being let loose in Disneyland.) 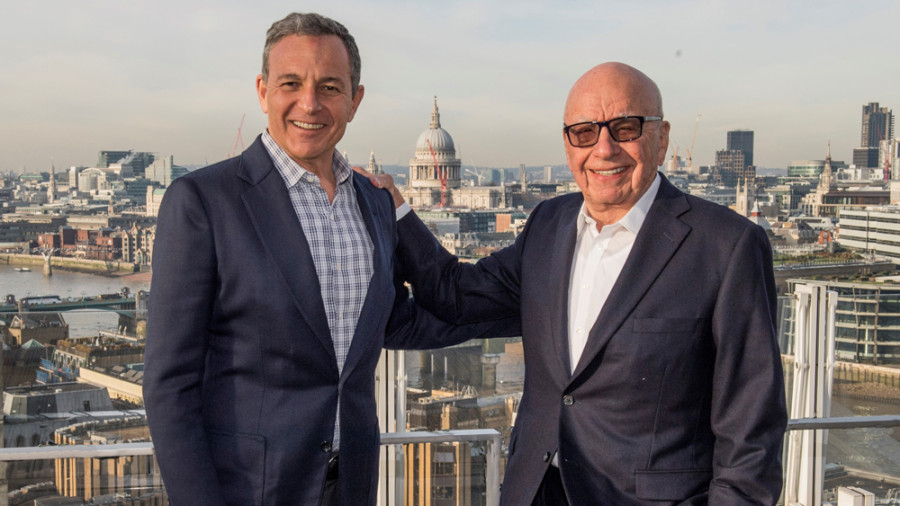 About all that will be left with Rupert Murdoch (above, at right, with Disney CEO Bob Iger) will be the Fox TV network and its owned stations, the Fox News and Fox Business channels and some national sports cable networks (including the Big Ten Network and Fox Deportes). All will be spun off into a new company.

Disney plans sports and entertainment streaming services by decade's end to compete with Netflix and Amazon (already a part-owner of Hulu, it is purchasing Fox's 30 percent share of the company). In a world where content is king, Fox's huge supply of TV and film properties will be a huge boon.

There are plenty of nervous people wondering where they'll fit in with all this, from the Fox film studio in Century City and production companies aligned with its family of networks, including FX and FXX. While Murdoch has a political reputation as a conservative, his entertainment channels and film properties often have been edgy, notably Fox Searchlight, which makes smaller-budgeted titles for the art-house crowd. How will they fit into the family-oriented, blockbuster franchise landscape that Disney has become in recent decades? Stay tuned.

And just as Matt Groening and "The Simpsons" predicted a Donald Trump presidency, so was the series prescient with this: 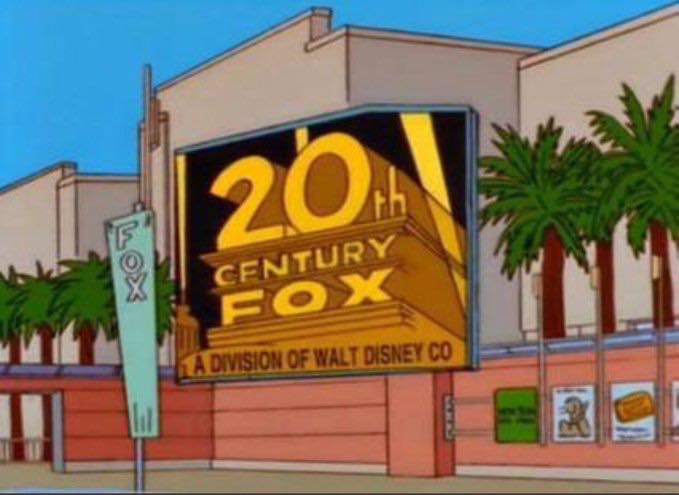 Fox's withdrawal from the movie business probably isn't good news for screenwriters peddling spec scripts, as franchise-driven Disney hasn't bought one since 2015 and likely won't anytime soon. The only studios still interested in such potential properties are Sony/Columbia (which, like Fox, has an arthouse division), Paramount, Warners and Universal. Spec scripts are increasingly the domain of low-budget studios.

The good news for this budding writer is that thanks to more inexpensive special effects, the script I'm trying to sell can be made for a relatively paltry $5 million or so. And with that, I'm proud to introduce the new one-sheet I've commissioned to promote my sci-fi comedy feature screenplay "Stand Tall!" 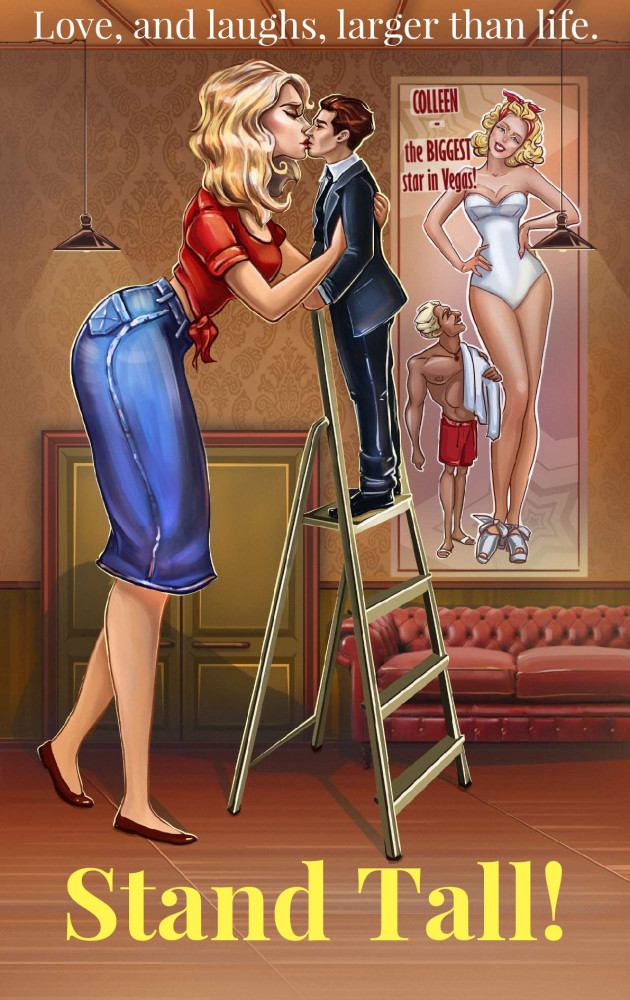