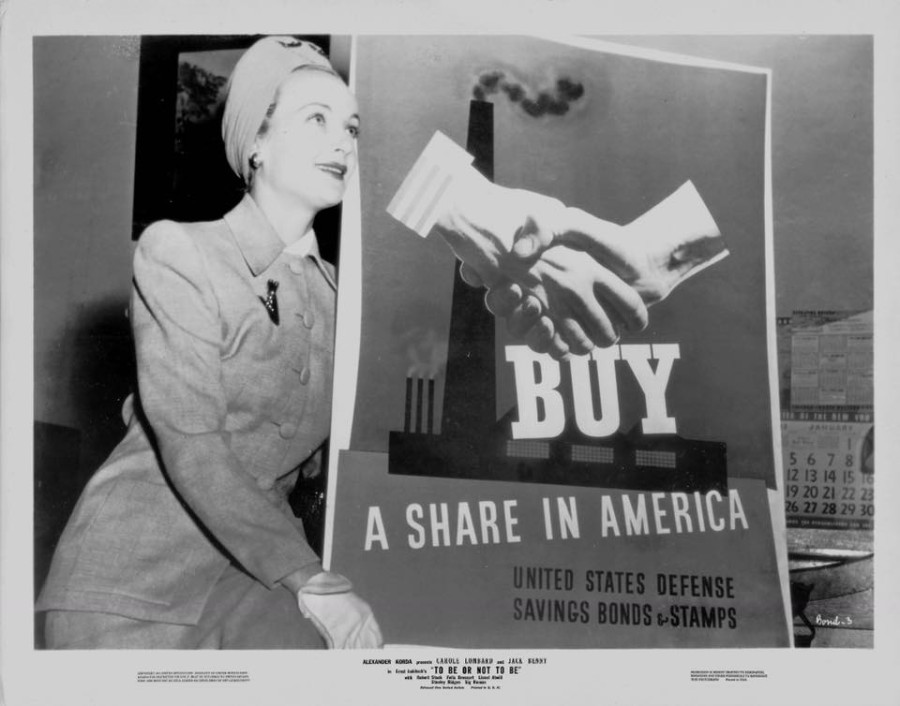 Today marks the 76th anniversary of Pearl Harbor, an event that turned out to be pivotal -- fatally -- in Carole Lombard's life. She's shown here in Chicago on Jan. 14, 1942, a day before she would launch a nationwide series of war bond rallies in Indianapolis and two days before a plane crash in Nevada killed Lombard, her mother Elizabeth Peters, MGM publicist Otto Winkler and others on board a plane en route to Los Angeles.

This seemed an appropriate day to examine the background of the poster Carole is seen with. It wasn't a new image to her; in fact, there's a good chance she saw it before work began on "To Be Or Not To Be" in the fall of 1941. 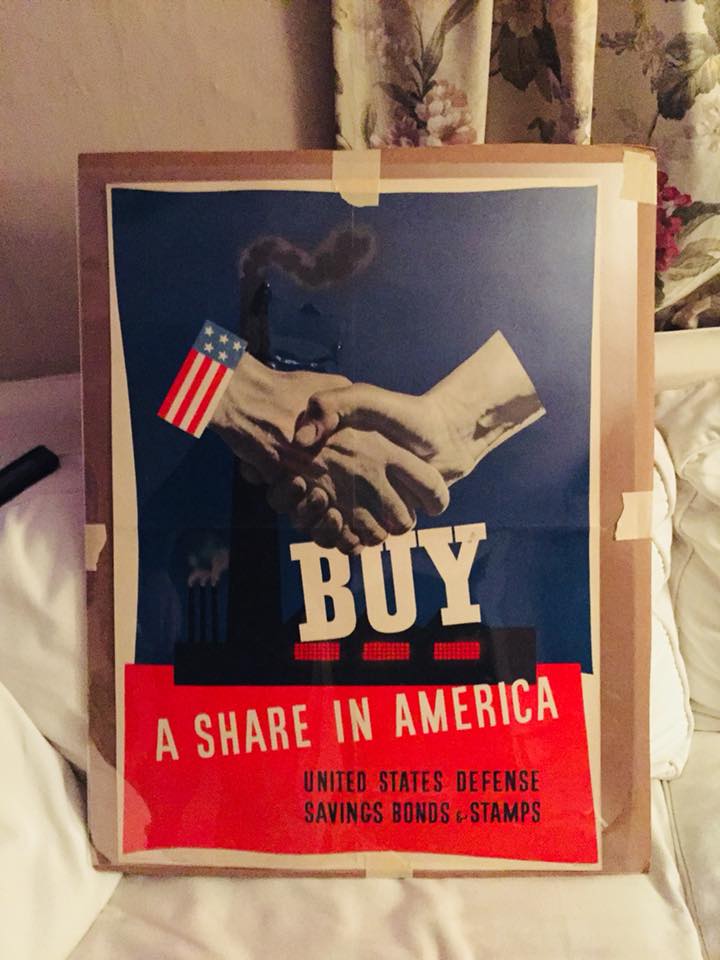 Fellow Lombard fan Brian Lee Anderson recently bought an original copy of the poster, winner of a contest in the spring of 1941, sponsored by New York's Museum of Modern Art, to create a poster promoting defense bonds. (A similar contest was held for Army Air Corps recruiting.) The winner of each contest received $500, and MoMA exhibited 30 of the best posters that summer.

John C. Atherton of Ridgefield, Conn., won the defense bond competition. As a result, a 48-foot version of his poster was exhibited that summer at Manhattan's busy intersection of 42nd Street and Fifth Avenue, diagonally across from the New York Public Library: 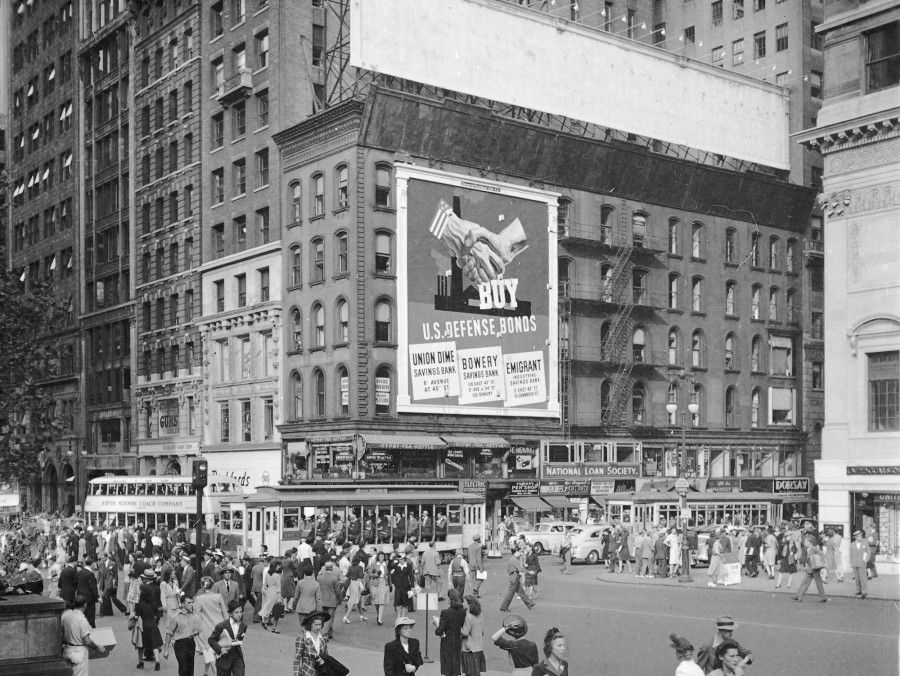 Here's more info on the poster: 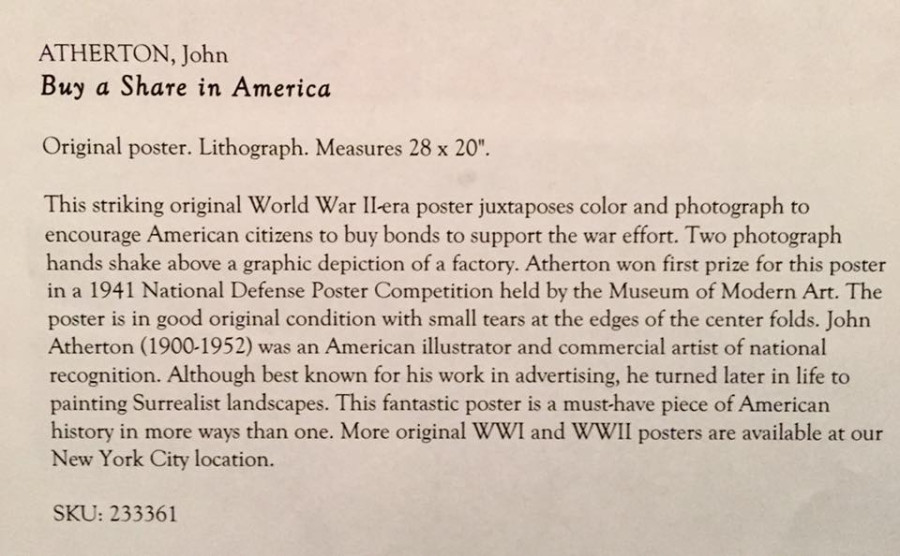 That image was employed as a bond receipt: 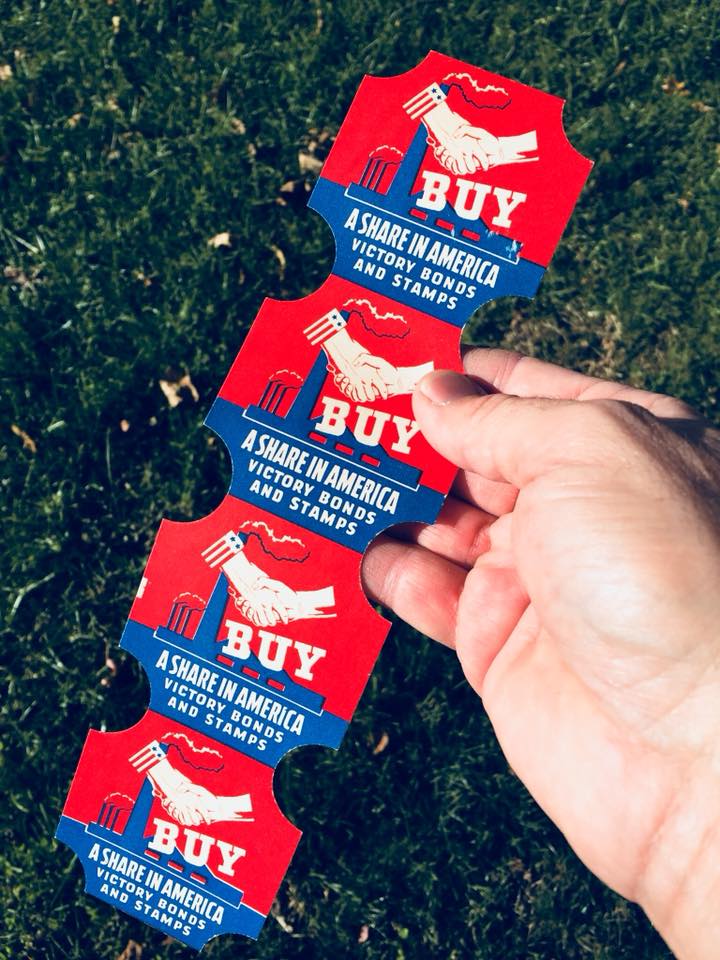 Another pic of Lombard holding the poster in Chicago, followed by an additional color image of it: 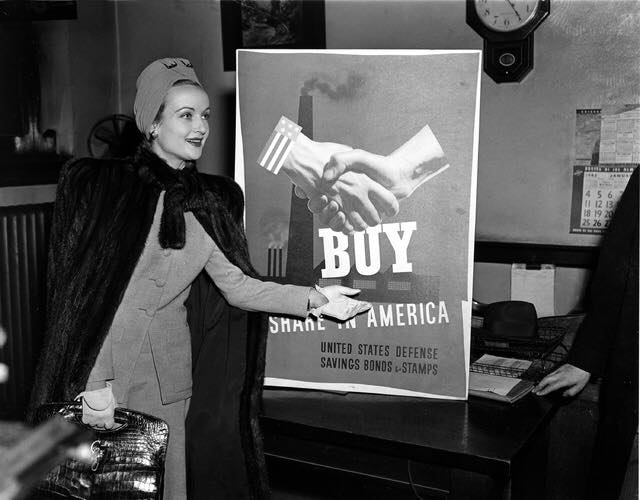 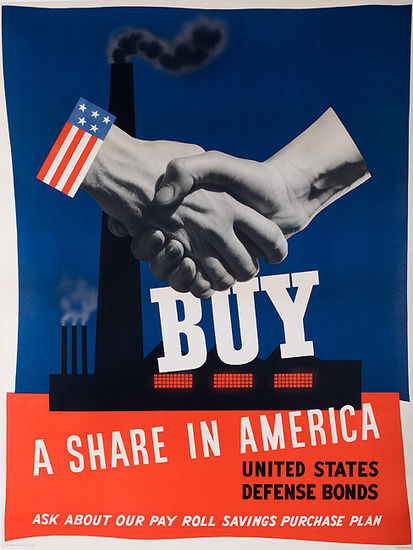 And the MoMA bulletin describing the contest can be found at https://www.moma.org/documents/moma_catalogue_3006_300061963.pdf. It includes info on the museum's pioneering film program, where silents by everyone from comedy stars Harold Lloyd, Buster Keaton and Laurel and Hardy to dramatic directors Sergei Eisenstein and Josef von Sternberg were already appreciated. Fascinating.

We'll leave with this: Just as many American movies were seen by German audiences until just after World War II broke out in 1939, so were they shown to those in Japan. This Japanese movie booklet from 1937 has Carole on the cover and notes her new film "Swing High, Swing Low": 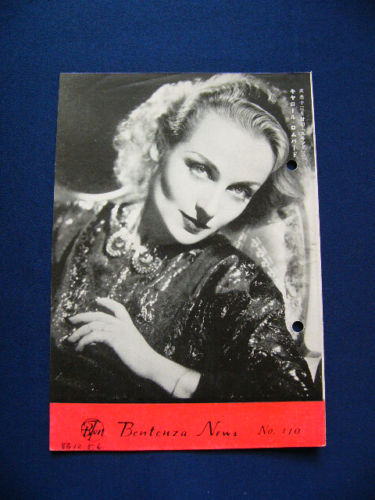 This extremely rare piece of memorabilia can be bought for $12.99 through eBay's "buy it now" program; it will be available through 11:47 p.m. (Eastern) Wednesday. To find out more, visit https://www.ebay.com/itm/1937-Carole-Lombard-cover-Japan-VINTAGE-booklet-SWING-HIGH-SWING-LOW-Carole-Lom/391926202332?hash=item5b409f3fdc:g:07EAAOSwvKtY9t7J.
Collapse