There are all sorts of Carole Lombard-related "holy grails" from her brief yet momentous life, but one I've never brought up is the absence (for now) of images from her teenage days as a dancer at the Ambassador Hotel's iconic Cocoanut Grove. 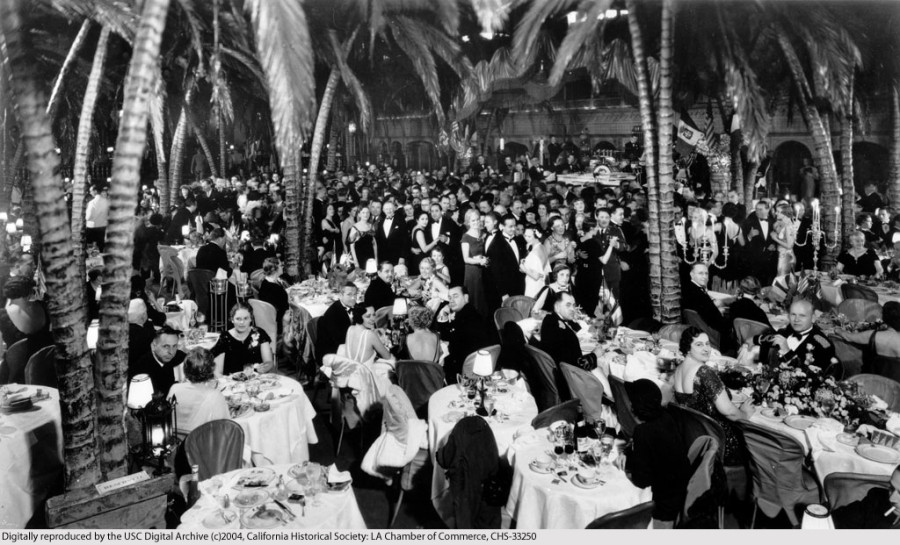 Lombard, then a starlet at Fox, regularly competed in dance contests at the nightclub against the likes of Joan Crawford and other youthful contemporaries. You would think that somewhere, someone has a photo of her at one of these legendary competitions. 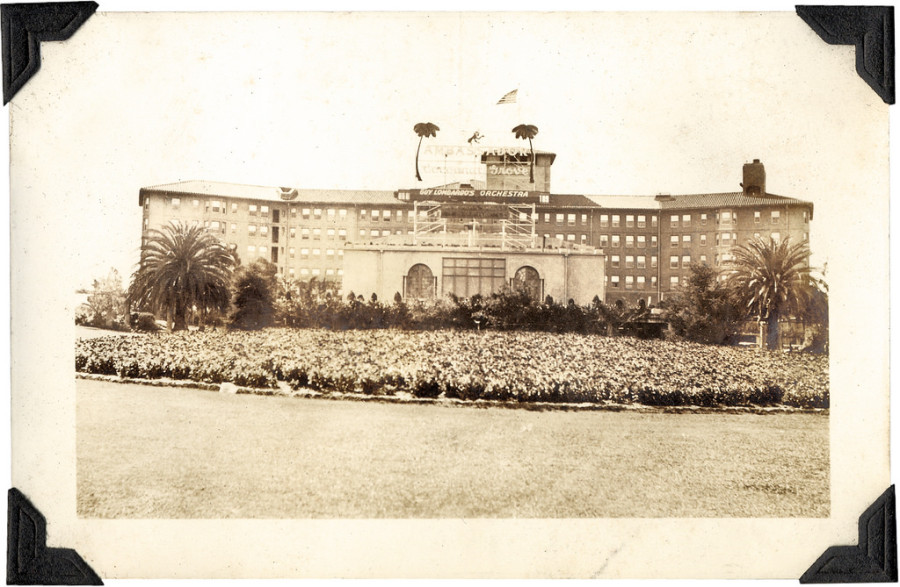 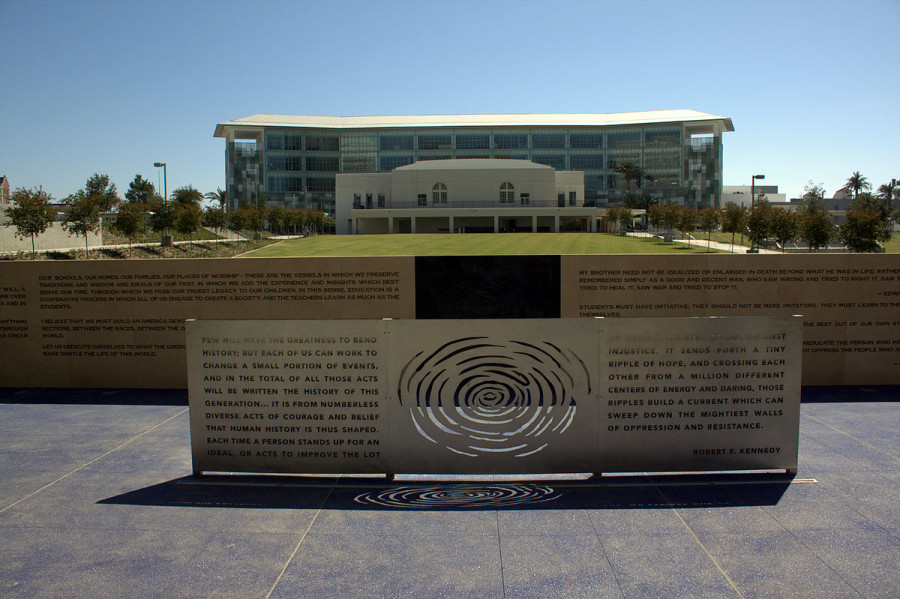 Nearly a century after the Ambassador and the Grove opened in 1921, it's better known in popular thought today as the site of Sen. Robert F. Kennedy's assassination in June 1968 after winning the California presidential primary. A school and park in his honor now stand on the site, with the entrance to the club all that remains. 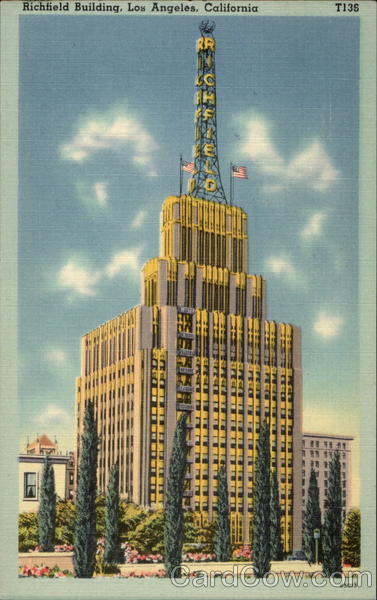 Like the famed Richfield Building downtown (above), it's now an architectural ghost, living on but in memory.

But tonight, several blocks west on Wilshire Boulevard, the 1920s will live again. 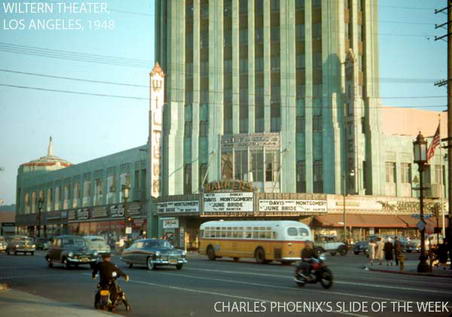 The Wiltern Theater (shown as a moviehouse in 1948 and with its marquee at night in 2015), which avoided the Richfield's fate in 1979 when preservationists saved it from the wrecking ball, will host a 1920s dance night this evening. To be fair, it's a bit of an anachronism, since the Wiltern didn't open until October 1931. In fact, Lombard was there that evening, accompanying husband William Powell, who served as master of ceremonies. (With that mellifluous voice of his, he was well-suited to that task.) 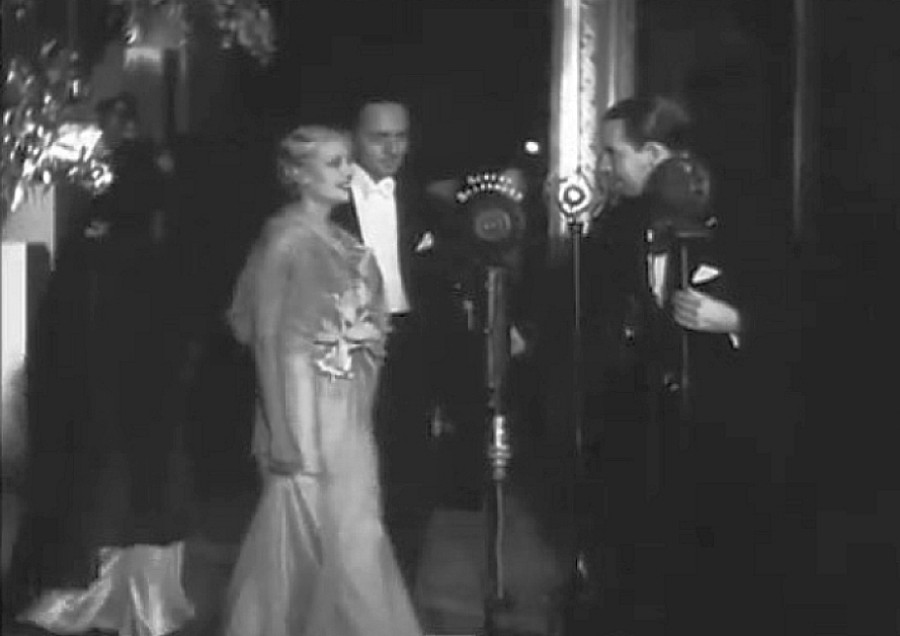 It's labeled "Roaring '20s Swing Dancing Night" (another anachronism -- the term "swing" didn't come into fashion until the mid-1930s, popularized in part by Benny Goodman's orchestra broadcasts from the long-gone Palomar Ballroom at 3rd and Vermont), and here's the schedule:

It promises to be plenty of fun, as people evoke the spirit of the Cocoanut Grove. I believe free admission is available (with RSVP), with other programs costing up to $35. Learn more at https://www.universe.com/events/swingin-summer-roaring-20s-night-at-the-wiltern-tickets-D46B3M.

Since we don't have any pics of Carole nightclubbing from the '20s, we'll put you in a period mood by substituting a shot of Dorothy Provine, who in the early '60s starred on the ABC series "The Roaring '20s": 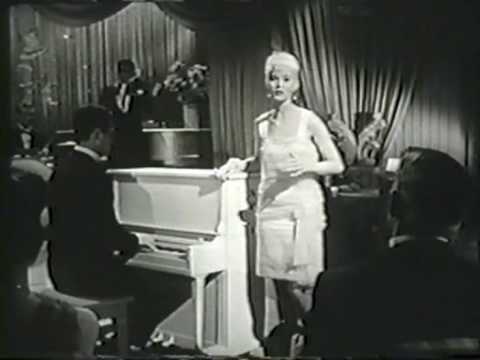