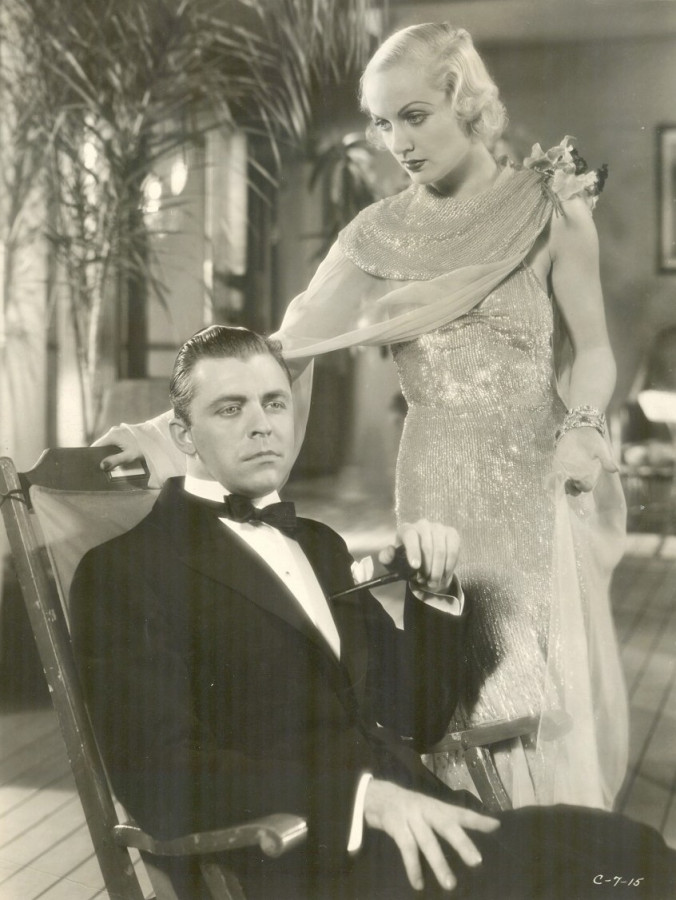 From Lyle Talbot's rather bored look, you'd get the mistaken impression that "No More Orchids" is among Carole Lombard's least interesting pictures. Far from it. And while I can't quite call it a four-star classic, it's at least a 2 1/2-star movie, and in more charitable moods I might raise my rating to three. It's solid entertainment that rounds the gamut from comedy to drama to tragedy. And like its predecessor, "Virtue," it again proves that in 1932, Columbia had a better sense of Lombard's strengths than did Paramount, the studio she was loaned out from.

And speaking of 1932, this entry is part of the blogathon "Hot and Bothered: The Films of 1932," co-hosted by Once Upon A Screen (https://aurorasginjoint.com) and CineMaven's Essays From the Couch (https://cinemavensessaysfromthecouch.wordpress.com). 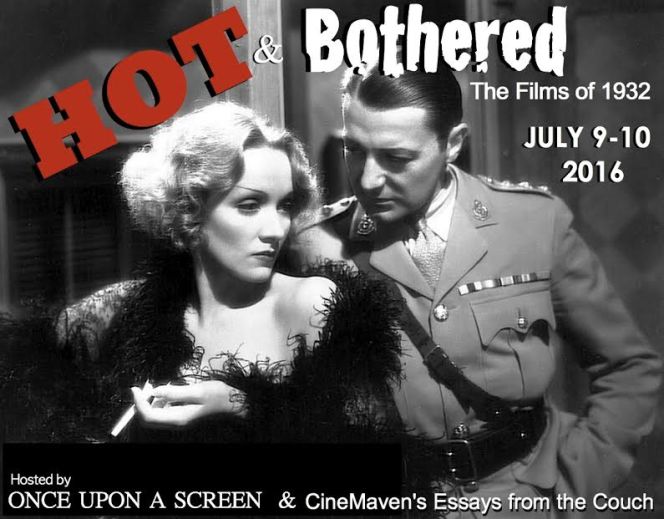 "No More Orchids" deserves a better reputation than it has; in its review of the film, Turner Classic Movies describes it as one of Carole's "dreary dramas" before she saw the comedic light with "Twentieth Century" nearly two years later. In reality, it could be encapsulated as a comedy that turns dramatic, in much the same vein as the far better known "No Man Of Her Own," which came out at the tail end of '32. Then again, that film answers the trivia question, "What is the only feature in which Carole Lombard co-stars with Clark Gable?" (Of course, they later married.) No one ever asks, "What is the only feature in which Lombard co-stars with Lyle Talbot?" And truth be told, as movies they're roughly on the same level. 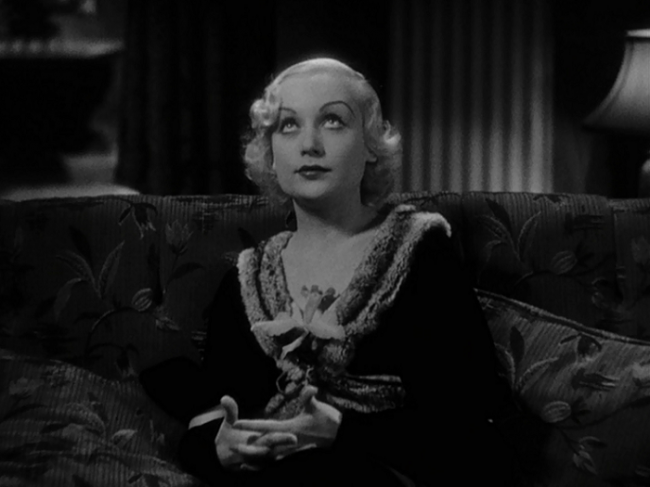 The answer probably is that while both films have plenty of Lombard pre-Code sex appeal as well as appropriate endings where love wins in the end (as it should), "Orchids" concludes in a downbeat, even tragic manner, thanks to Walter Connolly, the magnificent character actor making his first of several teamings with Lombard. He plays her father here, a banker in trouble during the Depression (banks were failing left and right, a year before the Federal Deposit Insurance Corporation protected bank customers). In fact, "No More Orchids" reached theaters not long after Frank Capra's "American Madness," where Walter Huston portrayed a failed banker.

The only way Connolly's character can salvage his bank is if he gives into his father-in-law's demands that Carole's character marry into royalty, not the struggling lawyer portrayed by Talbot, the man she really loves. Oh, and the father-in-law is played with 1 percent smarminess by C. Audrey Smith, my choice for the most despicable villain in any Lombard film (http://carole-and-co.livejournal.com/689208.html) -- at least Gail Patrick in "My Man Godfrey" learns her lesson at the end. Here are Connolly and Smith, when it appears the latter will get what he wants: 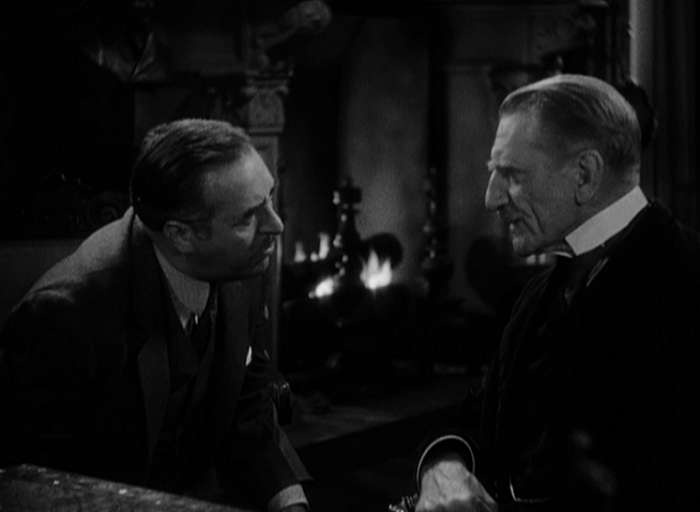 Jameson Thomas (shown below) portrays Prince Carlos, the suitor Lombard doesn't want; nearly 18 months later, he'd again play a prospective Connolly son-in-law, this time a "king" -- King Westley, that is, who intends to marry Ellie Andrews (Claudette Colbert) in the much better known "It Happened One Night." He again is thwarted, this time under far happier circumstances. (Edward Bernds, a sound recorder for Columbia who held that position on "Orchids" and later directed many of its comedy shorts, most notably those of the Three Stooges, made that observation in his book "Mr. Bernds Goes to Hollywood.") 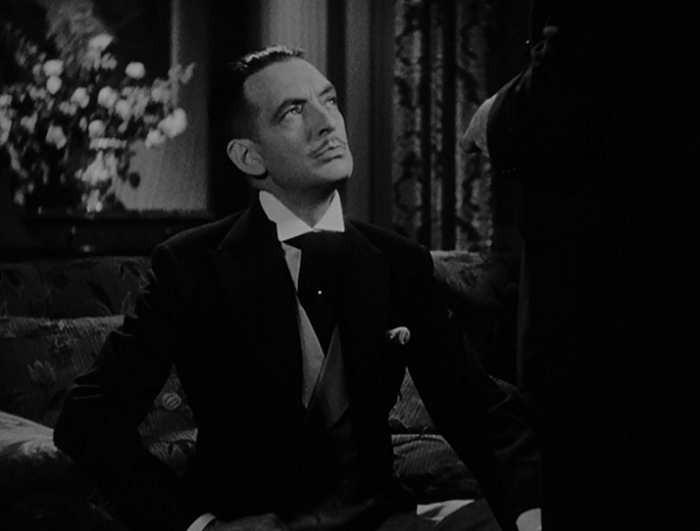 Louise Closser Hale plays Lombard's paternal grandmother, who's sympathetic to Talbot's plight and adds plenty of comic sparkle early on. Like many on and off screen in the early '30s, she ignores Prohibition (and can legally do so for some of the movie, since she's on a ship outside U.S. waters). 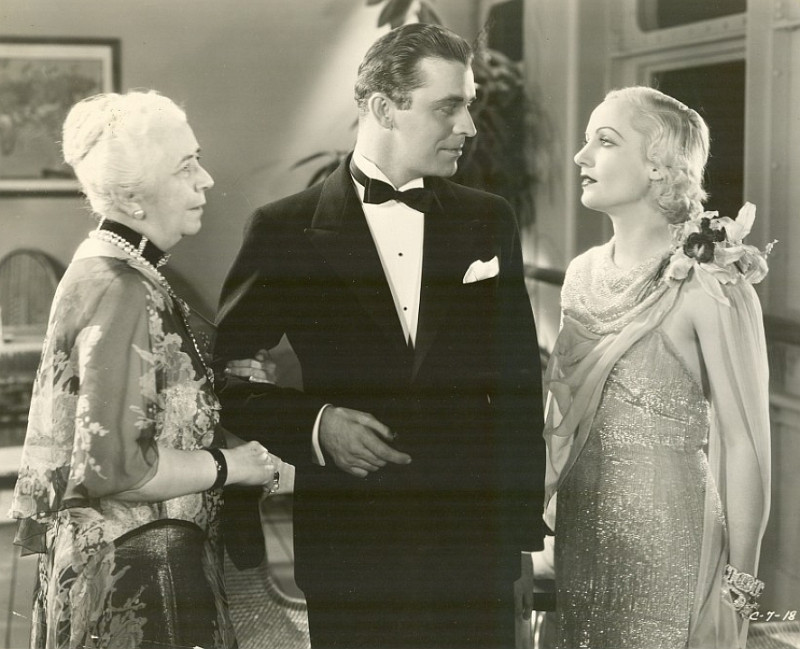 Two other good sources for info on "Orchids" are a fine review of the film at pre-Code.com in 2014 (http://pre-code.com/no-more-orchids-1932-review-carole-lombard-walter-connolly/) and Bernard F. Dick's 2015 book "The Merchant Prince of Poverty Row: Harry Cohn of Columbia Pictures."

As stated earlier, this is a film that frankly deserves a better re-evaluation, especially as it shows that even in 1932, Lombard had the skills for talking-picture comedy, even if Paramount either didn't seem to know it or, to their eventual detriment, didn't care.
Collapse