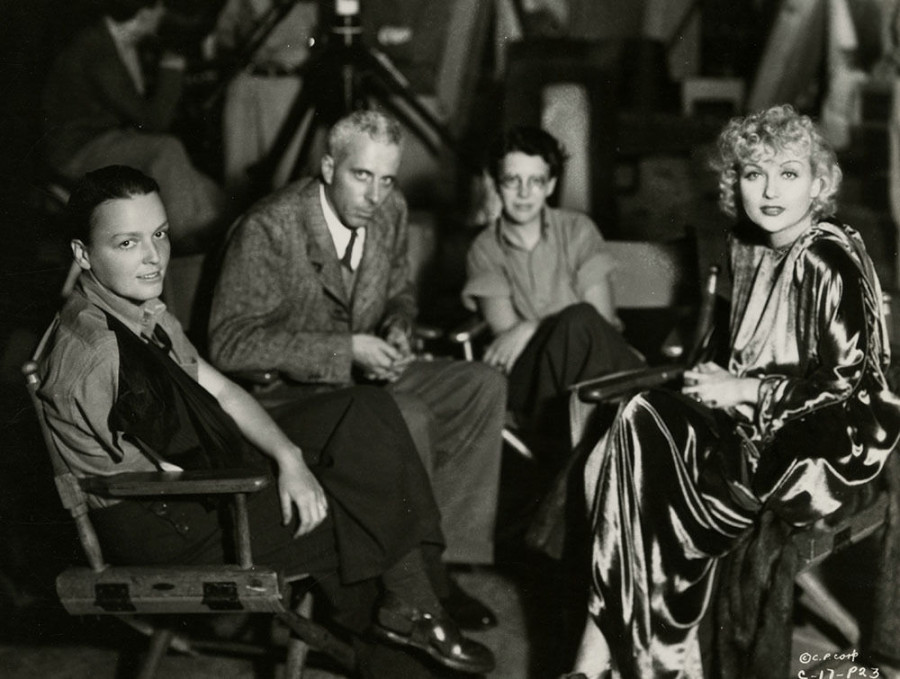 Here's Carole Lombard taking a break on the set of what arguably is her most important movie, "Twentieth Century." It was released by Columbia in the spring of 1934 and helped transform her reputation from a clotheshorse with good legs but an undistinctive persona into the queen of a new cinematic genre, the screwball comedy.

Second from left is its director, Howard Hawks, a distant cousin of Carole's. (She'd had a supporting role in his first directorial effort, the lost 1926 silebt "The Road to Glory," which is unrelated to a film of the same title Hawks directed a decade later.) Hawks had a fascinatingly varied career, never tied down to a particular studio or genre, which may explain why it wasn't until the auteur theory took hold in the 1960s that his talent was fully appreciated.

As for the other two people pictured here, the seller has no idea who they are, and neither do I. Any ideas?

This original image, from the Frank Driggs collection, is up for auction at eBay: 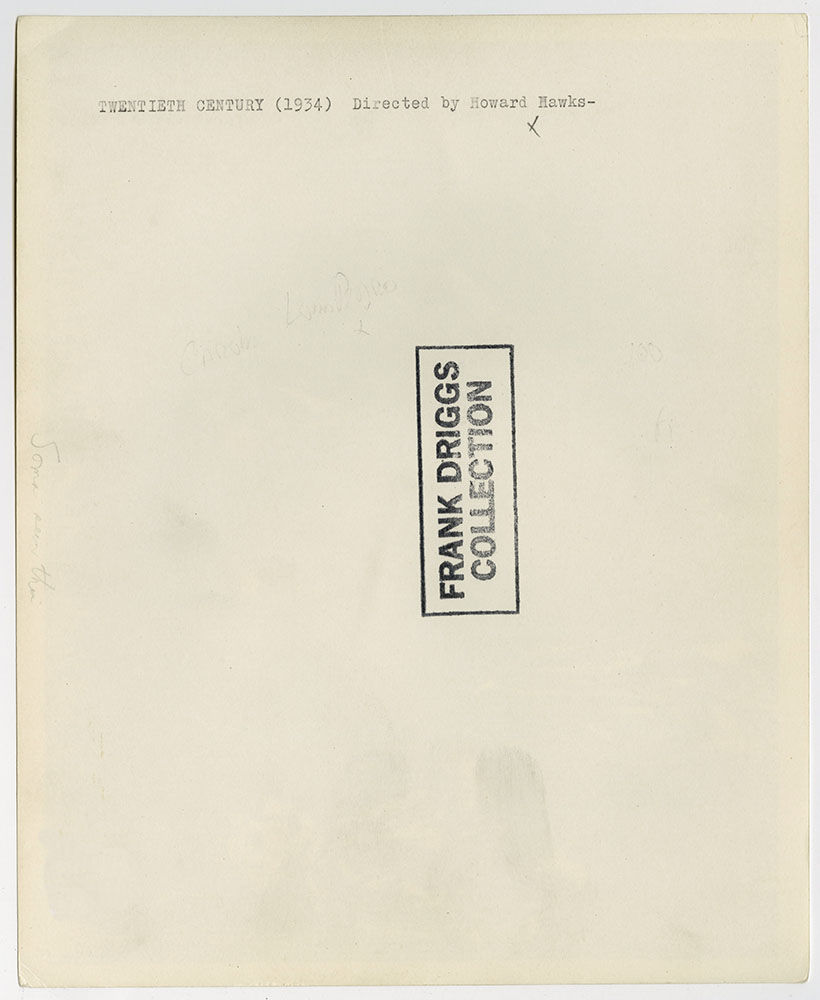 The photo is described as in fine condition, with "light corner wear": 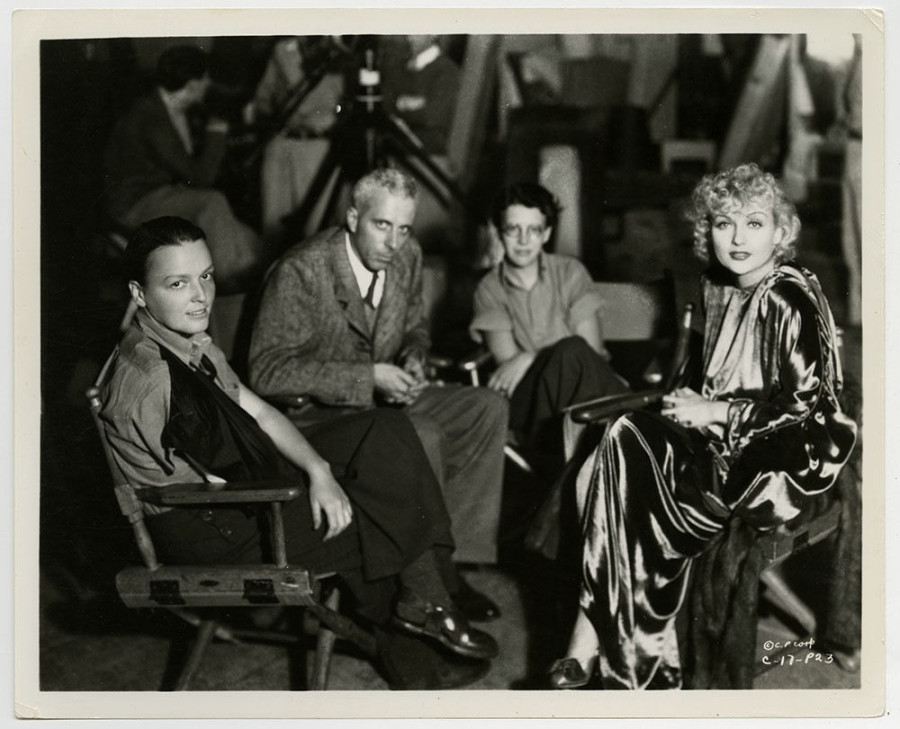 As of this writing, eight bids -- topping at $31 -- have been made for this rare pic, and the auction won't end until 9:21 p.m. (Eastern) a week from Monday. By then, expect bids to reach triple digits. If that doesn't daunt you or you want more information, visit http://www.ebay.com/itm/Howard-Hawks-Carole-Lombard-Rare-Set-Twentieth-Century-Vintage-Photograph-1934-/231910625128?hash=item35fef34f68:g:ET4AAOSwSzdXC~m1.

The reviews were positive (although here, co-star John Barrymore, not Lombard, is the focal point), as this feature from the Hollywood Reporter makes evident: 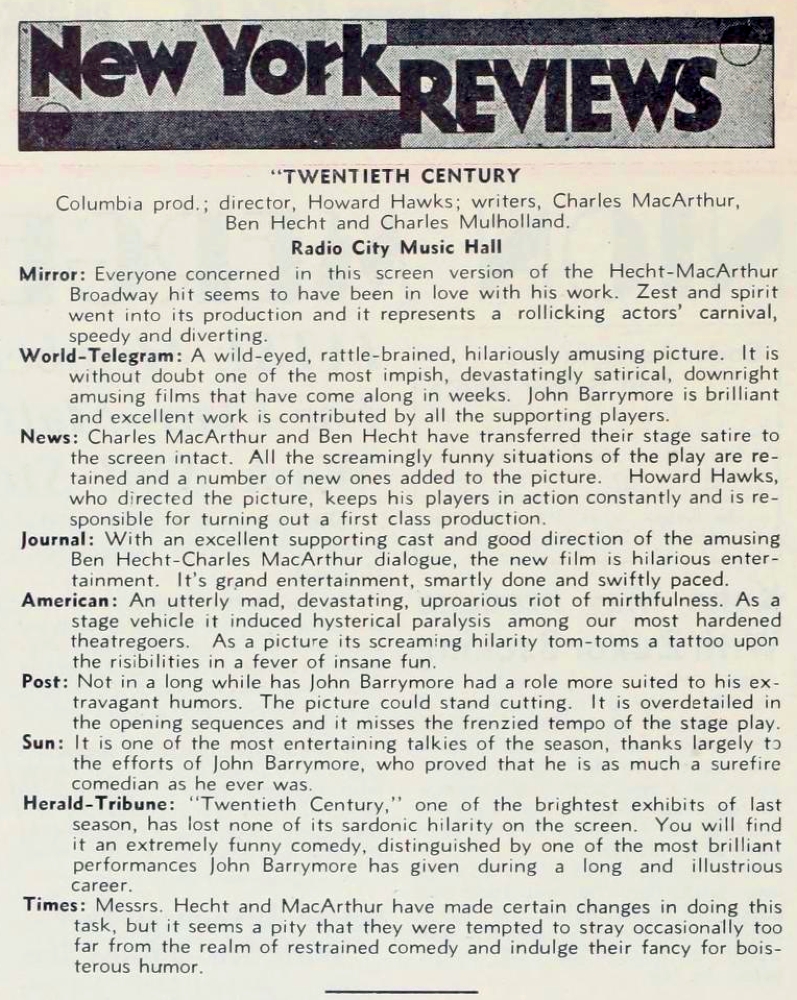