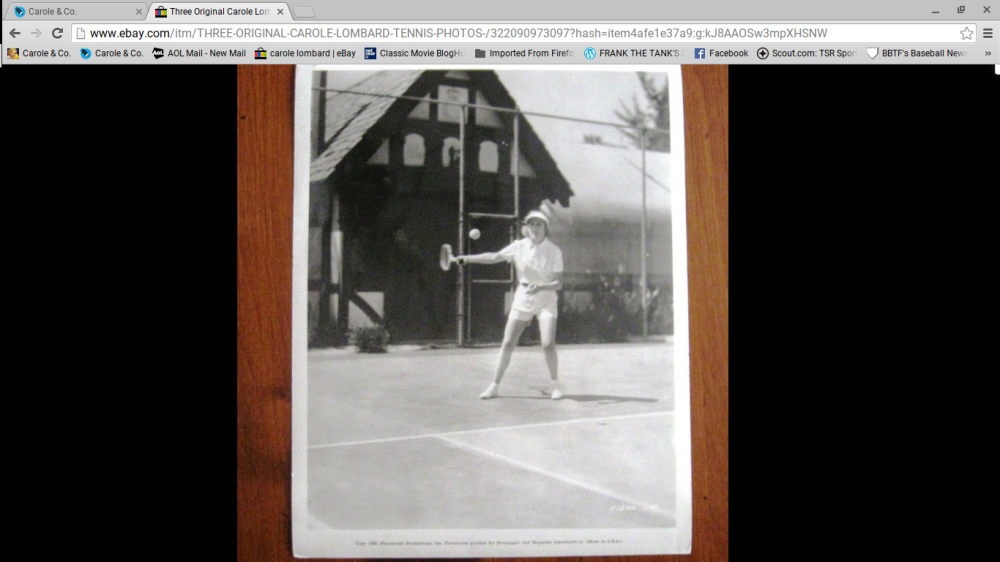 It's no secret Carole Lombard loved her tennis, and this group of three pictures from the mid-1930s proves it. Above, she's practicing her game in 1935, as we see from the bottom of the image. (Can any of you make out the Paramount p1202 number? As is the case with her famed black swimsuit pose, I couldn't.) Even better news -- all three pics have snipes on the back, explaining what they were about. Check out this one: 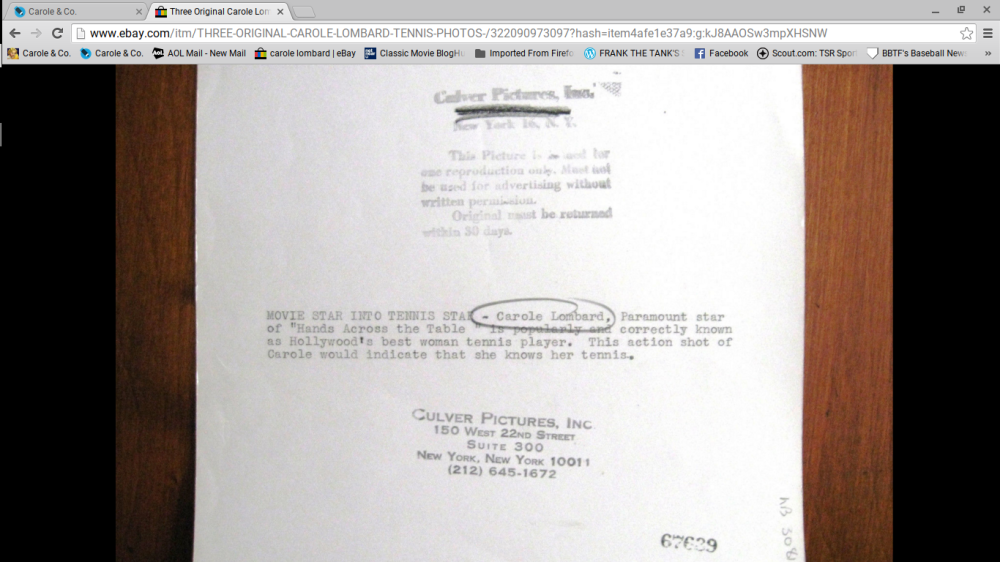 How good a player was Lombard? Here's a photo of Carole with her mixed doubles partner: 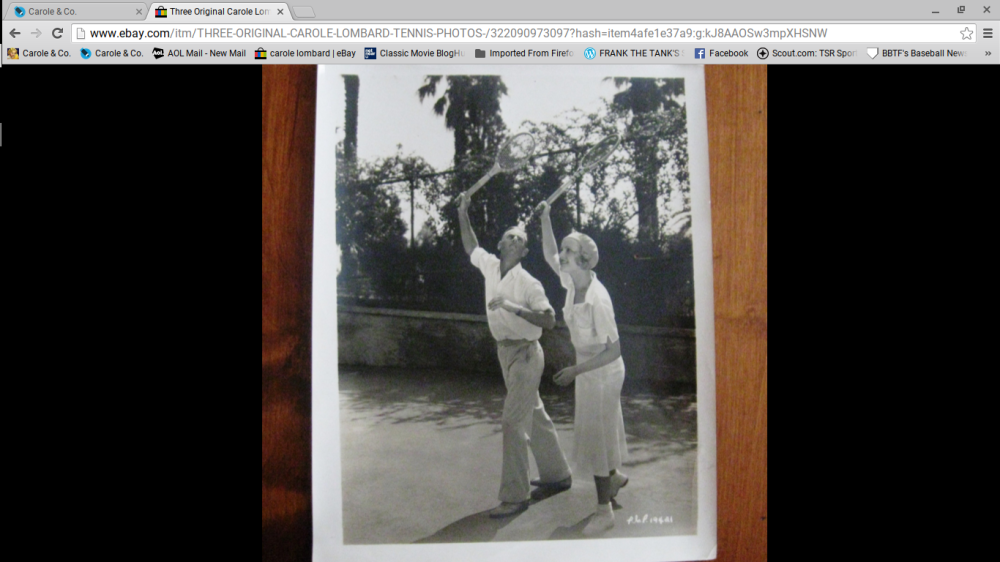 And check out his resume: 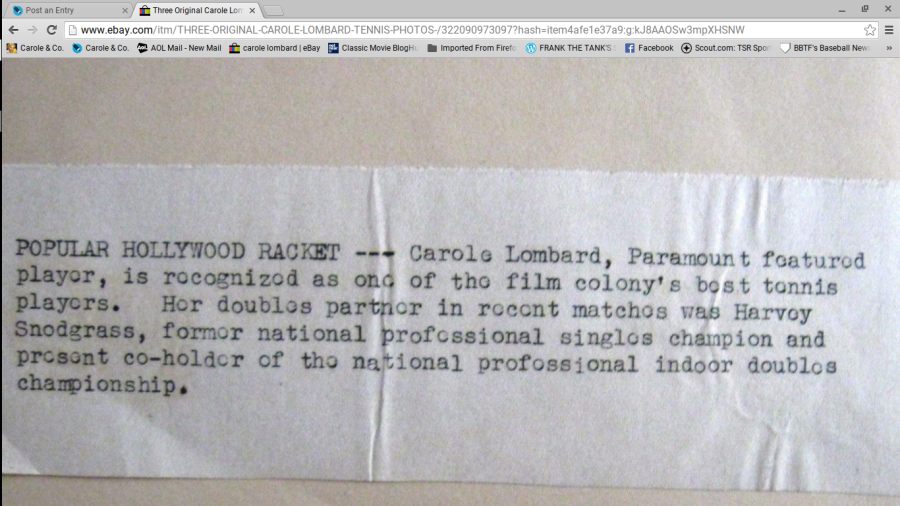 Or maybe he simply enjoyed playing with such a glamorous, beautiful and lively partner. Couldn't blame him for that, either.

One of Lombard's closest pals was tennis champion Alice Marble. Lombard sponsored her career, which featured four U.S. Open singles titles and a Wimbledon singles championship. This hardly is a rare photo of the two, but adding the snipe gives the image an entirely new angle: 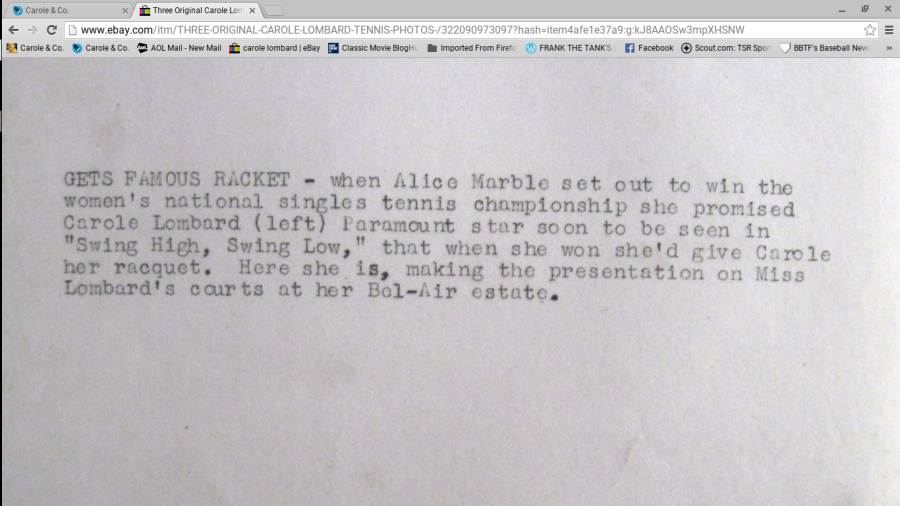 This pictorial trio all are originals, generally in good condition for photos roughly eight decades old. The three are being sold as a unit, with bids opening at $20. Since bidding is set to close at 3:54 p.m. (Eastern) Wednesday, the winning price may not be too exorbitant.

It's been more than a month since I've done an entry; as many of you know, life has temporarily interfered with my normal doings. (It's why I'm not at the TCM Classic Film Festival, though it's only a few miles from me. To those of you there, have a wonderful time, and I miss being with you.) Keep the faith -- soon I hope to be back with more frequent entries. Carole, you may not realize it, but you provide excellent therapy.
Collapse