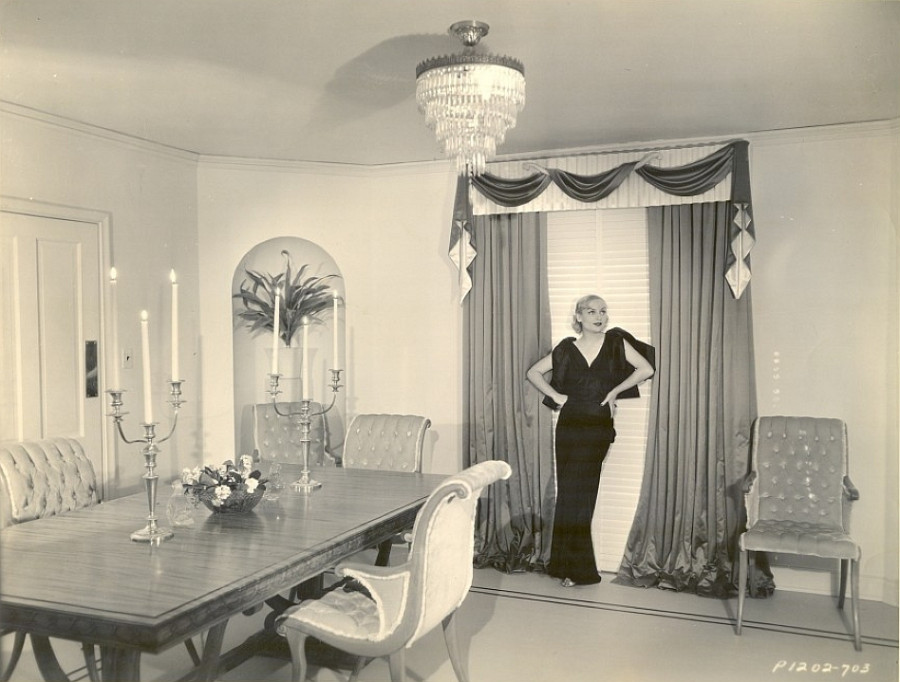 Carole Lombard gave the moviegoing public a photographic open house of her new residence on Hollywood Boulevard in the spring of 1934, and why not? It was a major step uomop for her in the filmland hierarchy...especially since the (rented) mansion was designed by former silent star William Haines. Relatively candid for the time about his homosexuality, Haines shifted into new role with ease, winning plaudits for decorating the home of Joan Crawford, Carole's one-time Cocoanut Grove dance rival. He followed suit with a similarly acclaimed home for Lombard.

We've "toured" 7953 Hollywood Boulevard in the past, but now let's examine a part of the place heretofore off-limits to us. May I present Miss Lombard's dressing room: 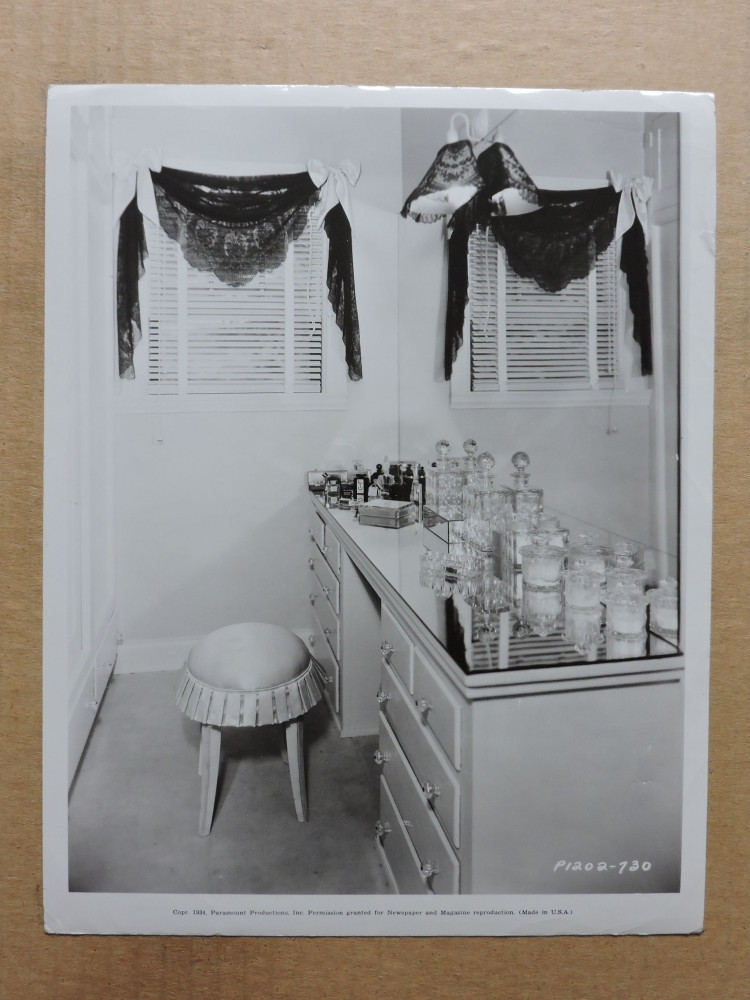 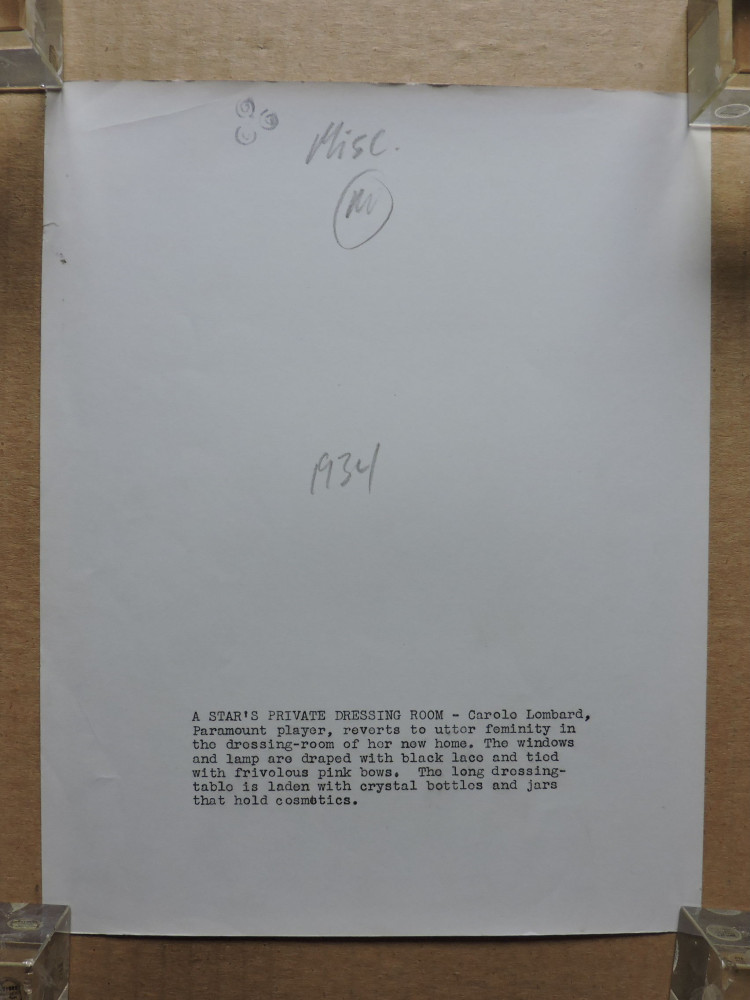 Can't read the back? Let's enlarge it:

I trust all of you celebrated New Year's happily and safely. As I stated the other day, I'm taking a bit of time off to go through some things in my life, including a move. I want to be able to stay in Los Angeles, but as the old Johnny Mathis song goes, it's not for me to say. Wish me well as I look for work, and I'll see you in a bit. I hope.
Collapse