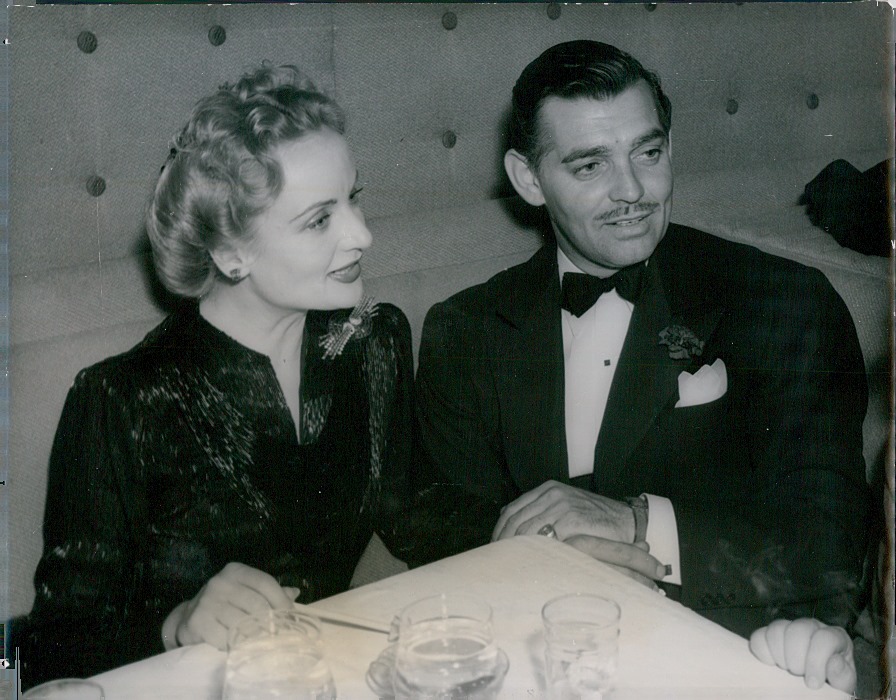 By all accounts, this should be an easy entry to write -- but since one of my prerequisites is that any entry have some sort of Carole Lombard tie-in, this becomes far more difficult.

As you might guess from the subject line, the topic is the centenary of Frank Sinatrra's birth, which is today. But where do Sinatra and Lombard intersect? That's difficult to determine. One doubts they ever met or saw each other in the flesh. If they did, chances are it was on a night in late October 1940, when the Hollywood Palladium opened on Sunset Boulevard, not far from the Columbia Square broadcast complex, when Sinatra sang with Tommy Dorsey's orchestra: 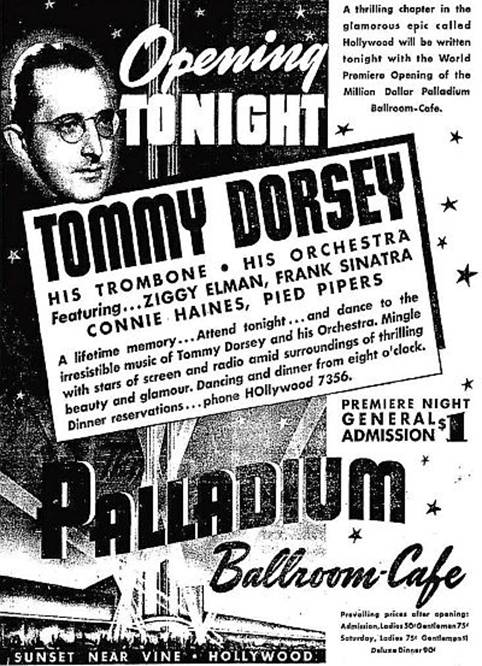 Above is the actual ad used for the opening; an ersatz replica, with Dorsey and Sinatra getting close to equal billing, has made the rounds of cyberspace for years. In 1940, that clearly wasn't the case; bandleaders reigned supreme, and vocalists such as Sinatra were the singing equivalent of sidemen. It was a night to remember, both inside and out: 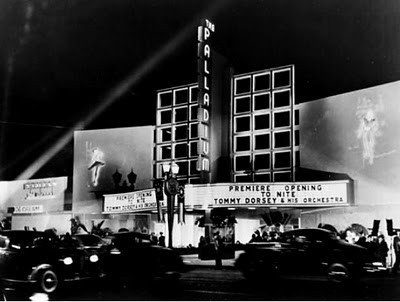 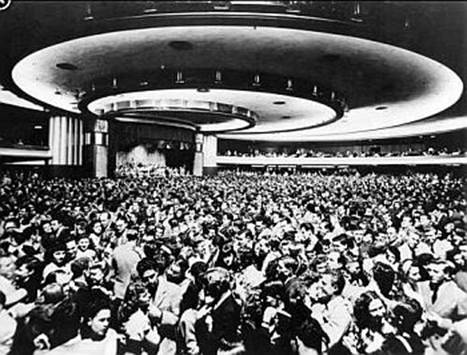 It should be noted that the Palladium, restored to its former glory some years ago, continues to thrive as a rock music venue.

Singer/actress Dorothy Lamour, a friend of Carole's, cut the ribbon that night -- but was Lombard there? While she loved music, by the fall of 1940, she and husband Clark Gable were pretty much homebodies -- and had they appeared, it would have been heavily publicized. So I'm guessing the answer is no. And swing music, of which Tommy and brother Jimmy Dorsey were proponents, appealed to a somewhat younger crowd than the early '30s pop Lombard liked.

But if Carole never saw Sinatra, she almost certainly heard him, albeit not in the form we remember him by. At the start of his tenure with Dorsey in early 1940, Frank followed the format frequently used by big bands at the time -- an instrmental opening for about a minute, followed by a minute or so from the singer (enough for both lyric and chorus), with a minute of the band concluding). That wasn't always the case; the previous year, while still with Harry James' band, Sinatra sang for nearly the entire record on the minor hit "All or Nothing at All." Dorsey also broke big-band convention in May 1940, when he recorded this ballad with Sinatra as the lead:

It was a huge hit, to put it mildly, topping the charts for a dozen weeks from July to October 1940, so Lombard almost certainly heard the song somewhere. The song was so popular that when the Three Stooges did the second of their anti-Hitler parody shorts (which may not be as profound as Charlie Chaplin's "The Great Dictator," but nearly as funny), it was titled "I'll Never Heil Again.:

At the time of Lombard's passing, Sinatra already was making plans for his post-Dorsey future. On Jan. 19, 1942, he cut four sides under his own name, and by the close of that year had left the band for good. When a recording strike against recording companies was called by the musicians' union in 1943, Columbia re-issued "All or Nothing at All" and it topped the charts. While Frank legallywas limited to releasing records with only vocal accompaniment, he frequently was heard with orchestras on radio shows. (My late Facebook friend Monica Lewis often appeared with Sinatra.) Once the musicians' strike was settled, public taste had changed to vocalists, with Frank -- marvelous at romantic ballads -- at the top of the totem pole. I'm guessing most of you know the rest of the story. 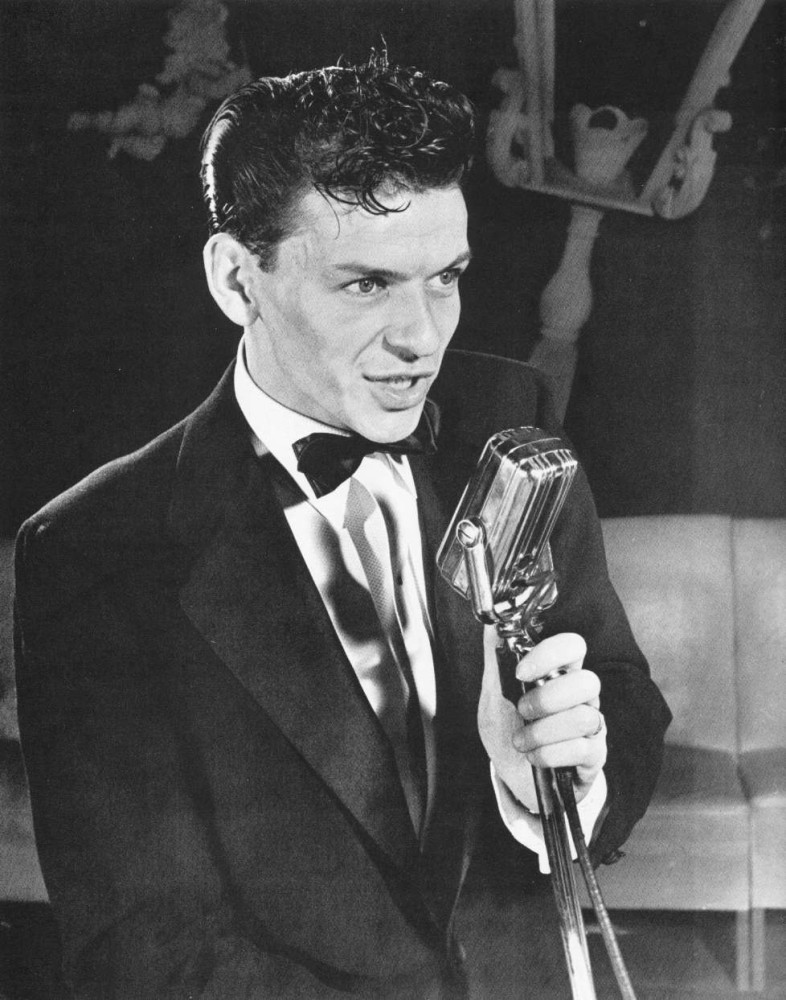 While Sinatra would gain fame as a film star and in fact won an Oscar for best supporting actor for "From Here to Eternity," to me his raison d'etre came as a singer (something I think he'd agree with); nobody interpreted a lyric or told a story better, and in his tenure at Capitol Records, from 1953 to the start of the sixties, he helped define the long-playing album as an art form.

I saw him perform twice, in 1983 at the Kennedy Center in Washington and at the Spectrum in Philadelphia in 1986. Considering his age, he was in good vocal form both times.

If you're new at the Sinatra game, as I largely was in the early '80s when I first became a fan, where to start? To me, it's those Capitol albums, specifically the one to me that is his absolute masterpiece, 1955's "In The Wee Small Hours," 16 tracks carefully arranged by Nelson Riddle. No one has ever better captured the anatomy of melancholy, while providing hope to love's losers without wallowing in the lachrymose. It's an album I turn to again and again for hope and comfort, and I think you will, too. (And in the late '80s and '90s, Columbia did a wonderful job reissuing his largely overlooked 1940s catalog, when only Perry Como at Victor was his rival where romantic ballads were concerned. Check them out, too.)