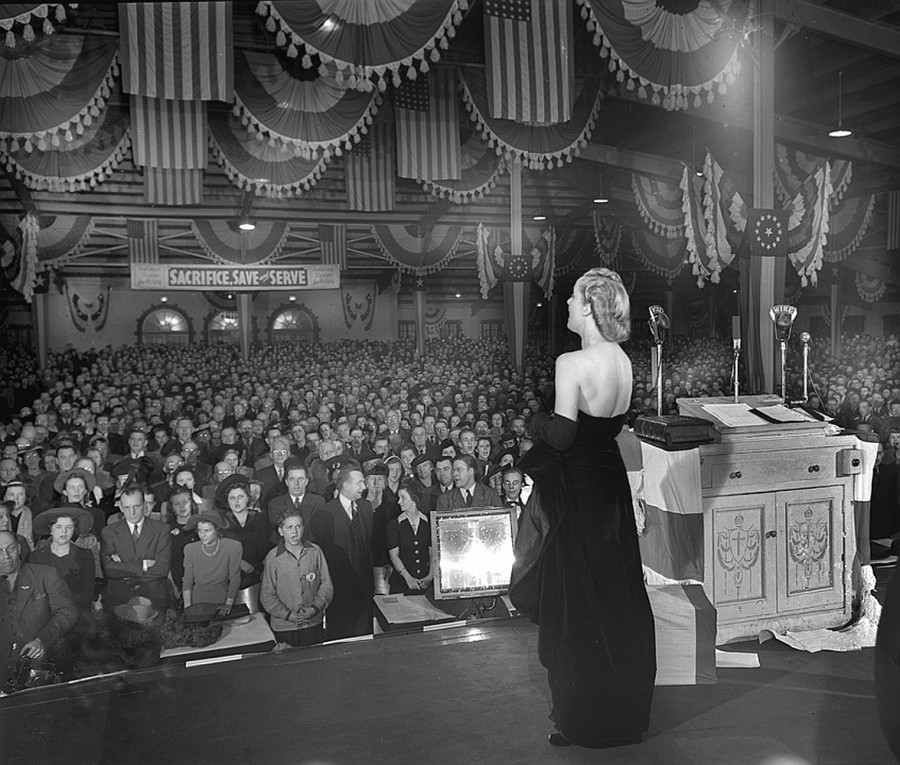 Yesterday's entry, which featured remarks about Carole Lombard on Jan. 19, 1942 -- three days after her passing -- and inserted in the Senate part of the Congressional Record concluded with a photo of her giving the "V" for victory sign at the Indiana state capitol rotunda. Today's entry, examining remarks about her from the House of Represenatives, opens with a shot of her singing the national anthem at the Cadle Tabernacle on the evening of Jan. 15, only hours after the war bond rally at the capitol.

I once more thank Brian Lee Anderson for both prpviding these items and making them readable. 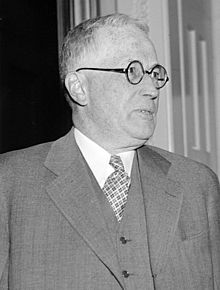 These remarks come from a Democratic House member, Rep. Louis Ludlow. He represented his district for 20 years, retiring after the 1948 elections; he died in November 1950. 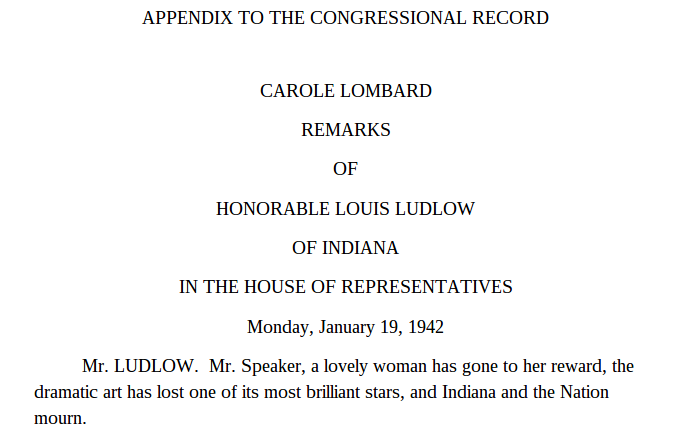 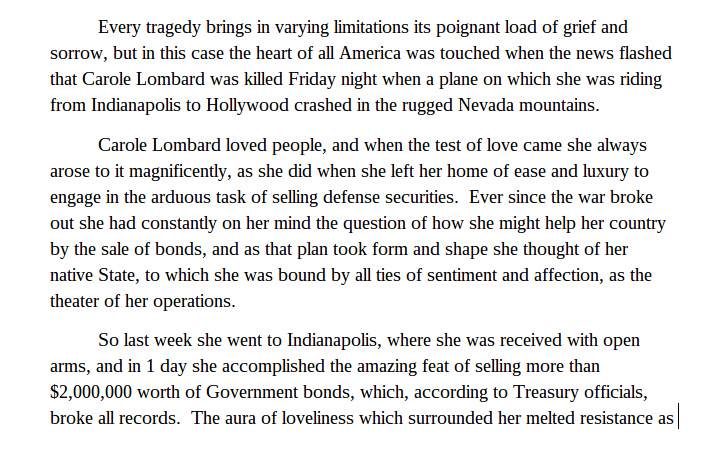 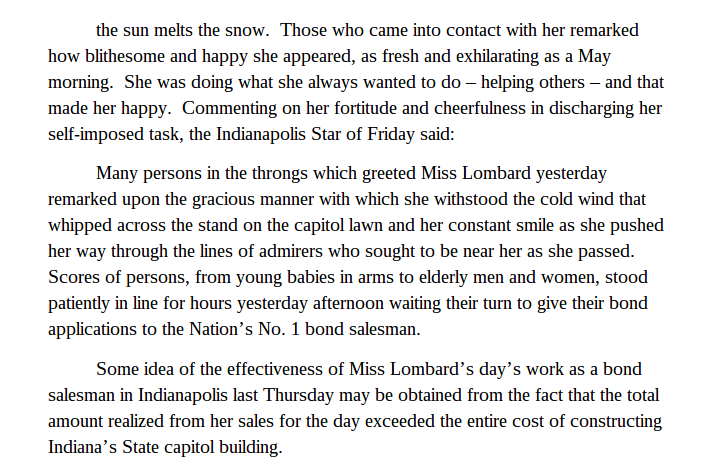 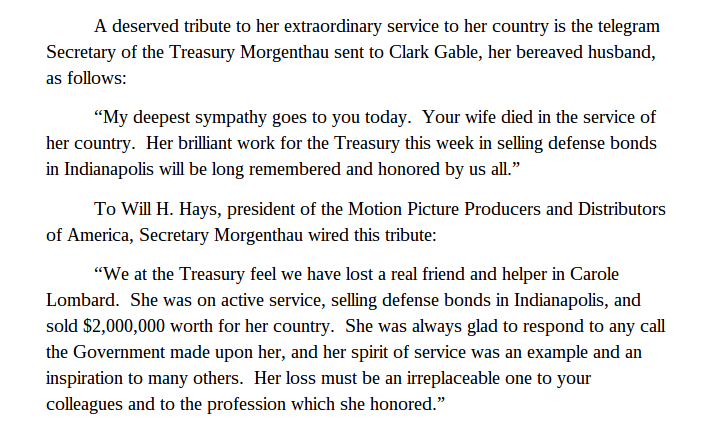 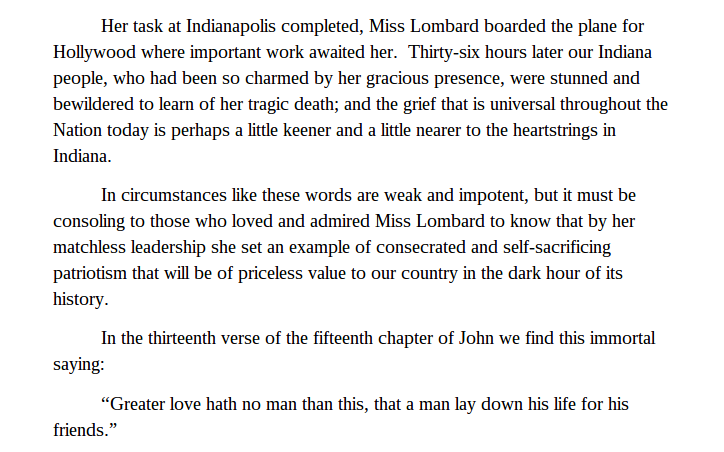 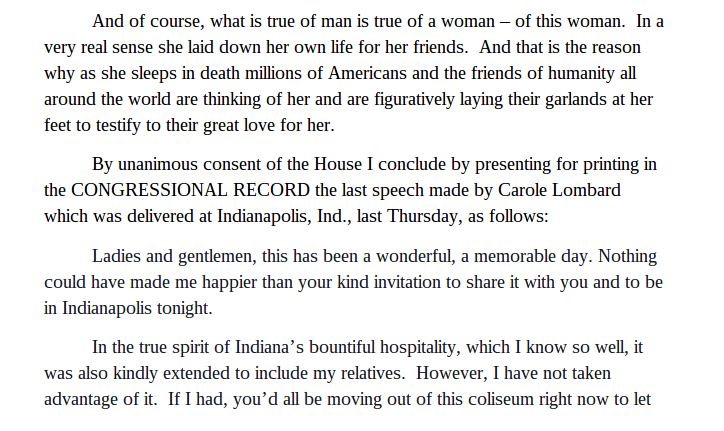 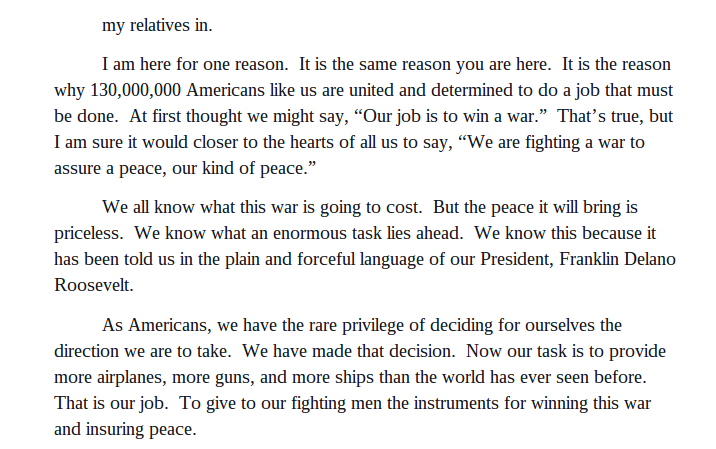 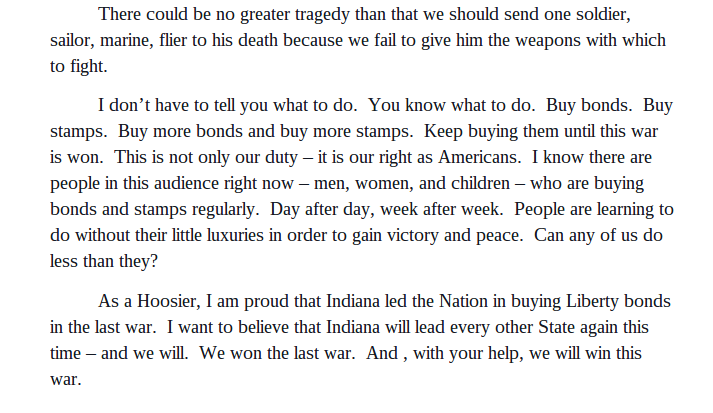 We thank Rep. Ludlow for inserting Lombard's speech in the Record so it can be seen by future generations. It beautifully captures Carole's patriotism, a trait of her that first gained acclaim when she publicly cited her pride in paying taxes for the upkeep of the country (http://carole-and-co.livejournal.com/94739.html).

We'll close with probably the last photo ever taken of Lombard, later that evening. It appropriately was with her mother, whom she was devoted to, and who also was a victim of the crash. 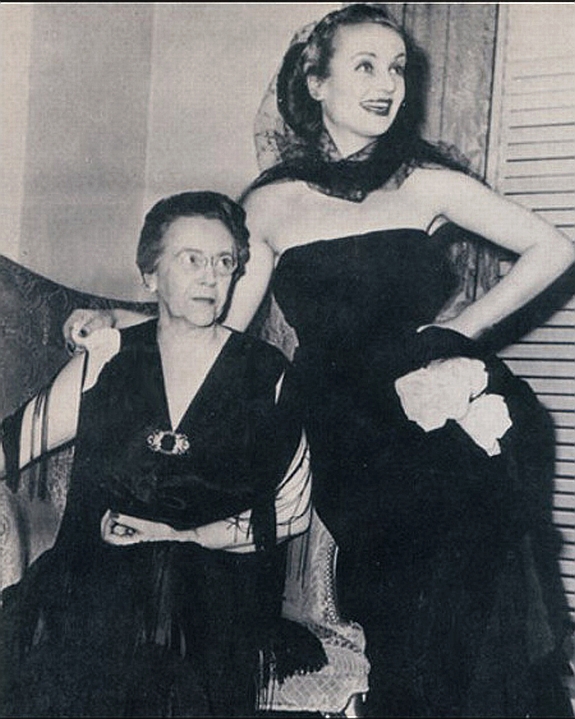