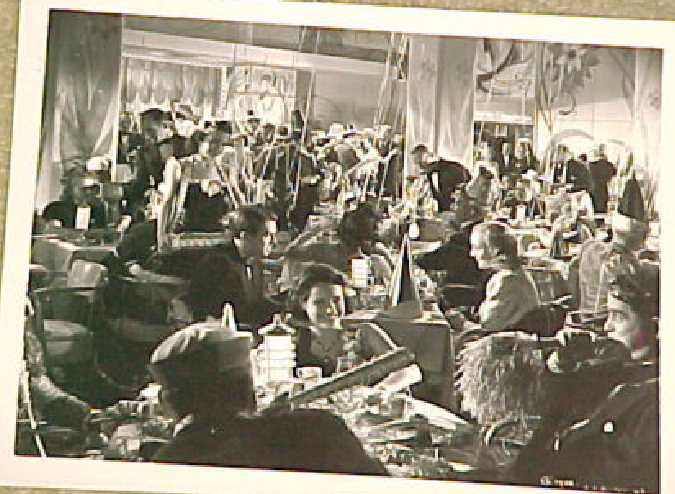 OK, so we're one week removed from Thanksgiving and 28 days from the night of the calendar turning. But Carole Lombard (or at least her character) is enjoying the festivities with co-star James Stewart, portraying her husband, in this publicity still from "Made For Each Other." They're waiting for 1938 to ease into 1939.

The image appears joyous, yet what happened on the set when this scene was shot on Oct. 1, 1938 was anything but. A worker putting up balloons fell off the scaffolding and died - a scene Carole reportedly witnessed (http://carole-and-co.livejournal.com/169187.html).