Picturegoer was a popular weekly British film publication during the Golden Age of Hollywood, and Carole Lombard was its cover subject at least three times over a 16-month span in the early '30s, before "Twentieth Century" carried her to full-fledged stardom. Above is the cover from March 26, 1932.

Inside, she was part of a two-page fashion spread: 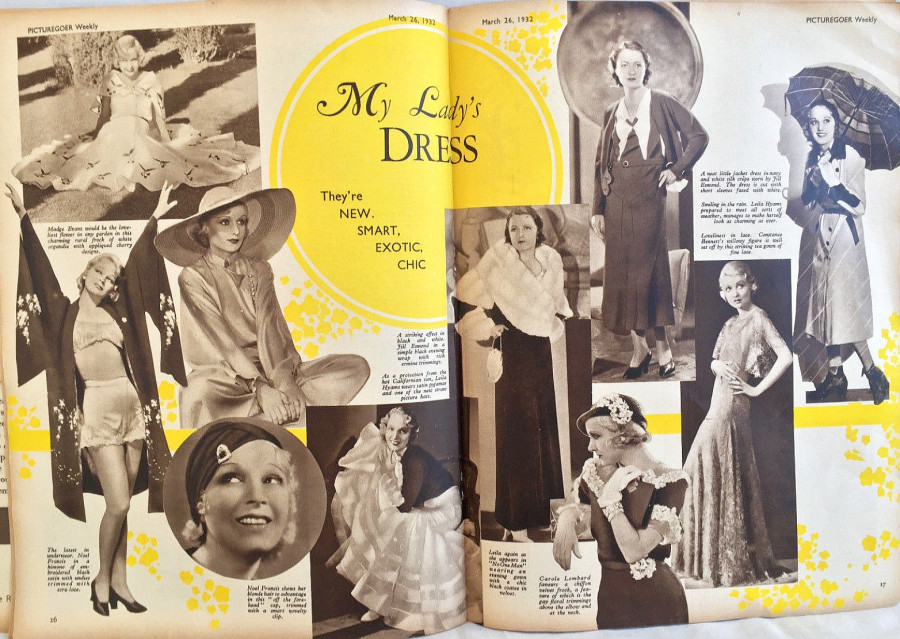 Here's a closeup of Carole and how she was described: 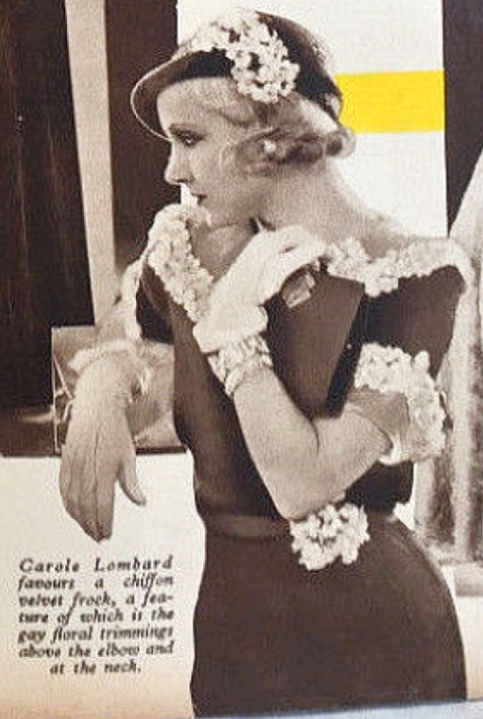 Inside was a feature from Hollywood gossip queen Louella Parsons on the love life of Lombard's childhood idol and friend from Pathe days, Gloria Swanson: The Hollywood notes column was graced by a picture of Conchita Montenegro. (My doctor in Los Angeles has the last name Montenegro, but I don't think they're related.) Who can resist a feature on Ernst Lubitsch and sex appeal (in his movies, of course!)? Clara Bow discussed her comeback, which turned out to be short-lived: 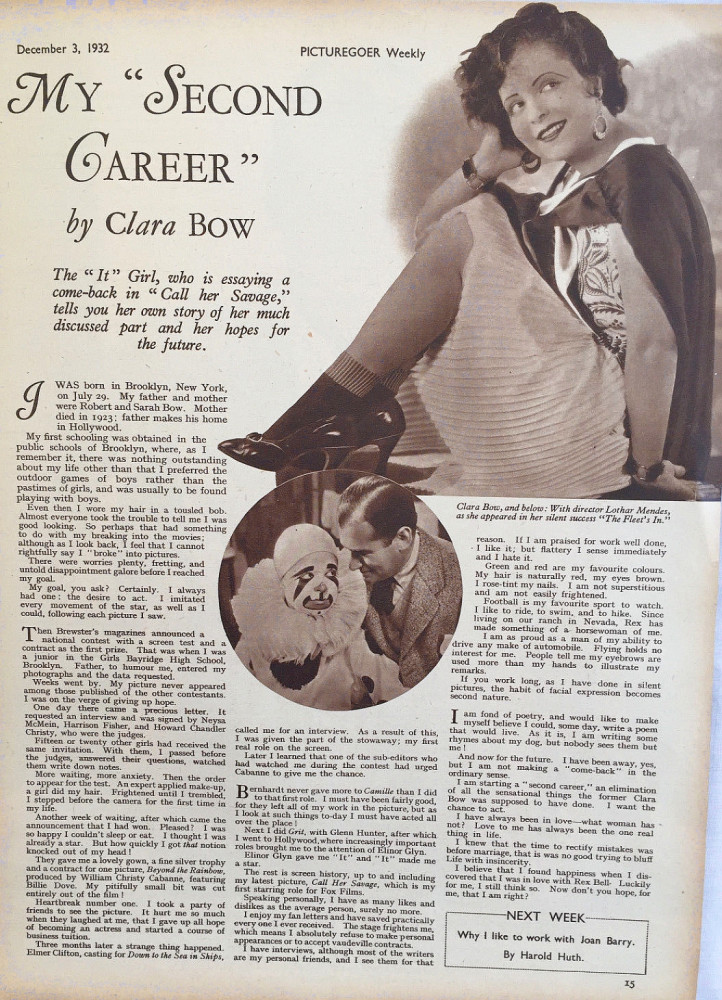 And film industry notes and gossip run opposite photos of Lilian Harvey and Herbert Marshall: 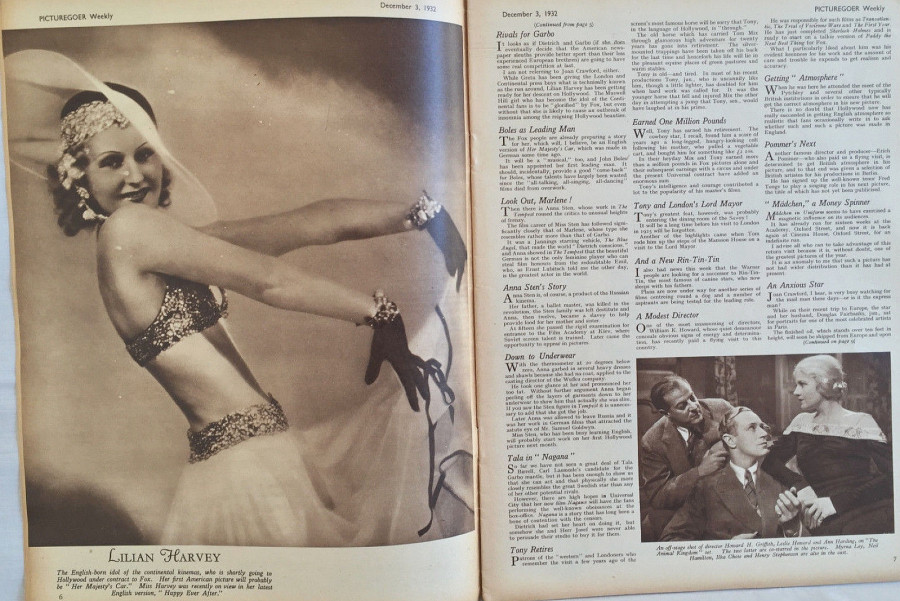 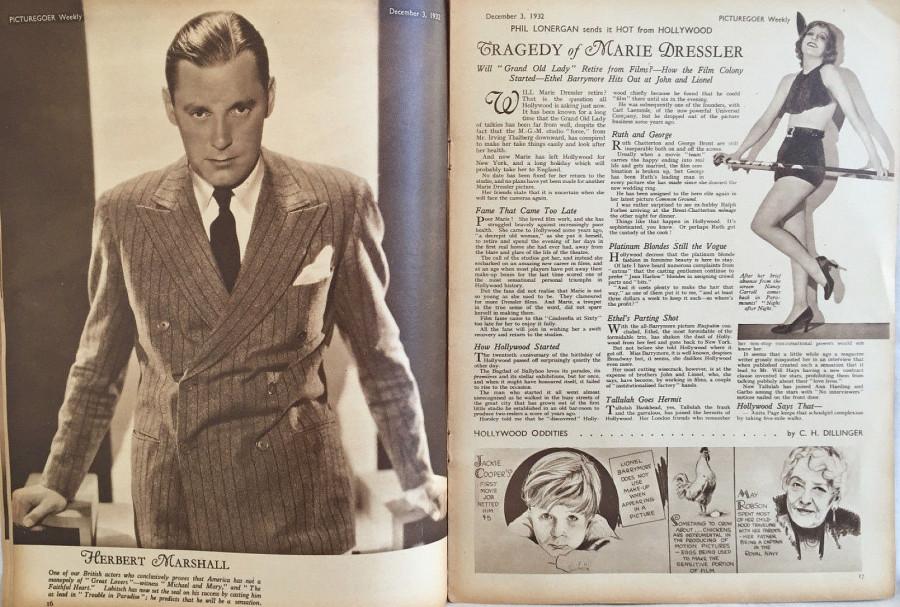 Just as Fay Wray too often is remembered solely for "King Kong," so is Elsa Lanchester pigeonholed as the "Bride of Frankenstein." This charming photo should set things straight regarding Charles Laughton's wife: The other day, we noted a feature about location filming on Bali. But for the documentary "Eskimo," we can safely say no one was going outdoors bare-breasted: Johnny Weissmuller displays proper lifesaving techniques on the left-hand page, while on the right is a profile of a "Madchen in Uniform" star -- not Dorothea Wieck, but Marjorie Bodker: