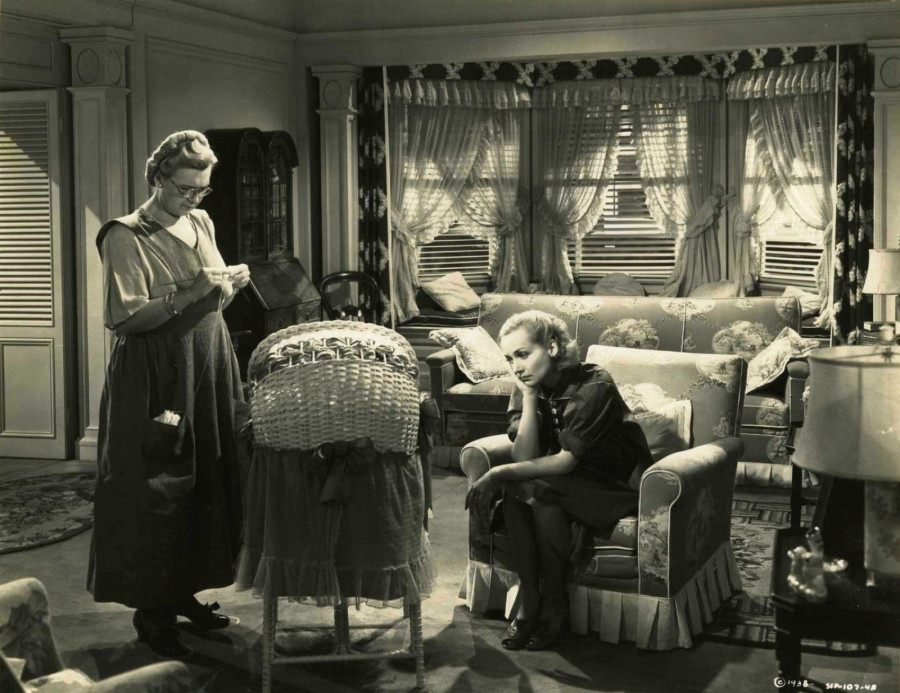 Perhaps Carole Lombard's character Jane Mason is having her doubts while the mother-in-law, played by Lucile Watson, looks on in a scene from "Made For Each Other." As the seller notes, "This is an original 8" x 10" black-and-white photo still" from the Selznick International film, released in early 1939.

He or she adds, "It is in very good condition. The corners are slightly worn. There is cast and production information written in blue ink on the backside of the photograph." Wish I knew what that specific information was, but alas, the back of the pic wasn't printed here.