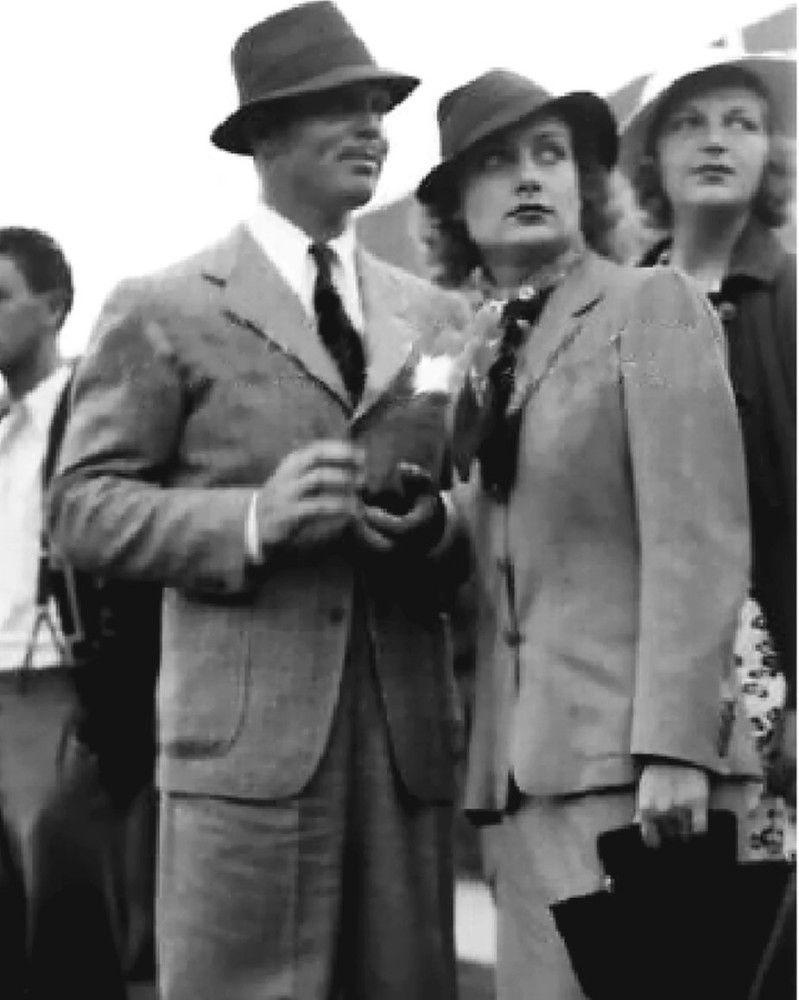 Here's a casual photo of Carole Lombard and Clark Gable, probably from the late 1930s. I doubt memorabilia shows were staged in their day...and even if there had been, Clark and Carole probably wouldn't have deigned to attend them. It's not that they didn't like their fans -- for the most part, they had good rapport with them -- but before they married, they cherished their privacy, which also turned out to be the case after they married and moved to the Encino ranch.

Today, memorabilia is a big deal for both entertainment and sports, and it's understandable that both ballplayers and movie and TV figures whose time came a bit to early to cash in on the big money try to make up for it now. I've attended a few of these shows since I moved to Los Angeles nine months ago, and they've all been fun, as I've met a lot of people in the industry, people whose work I've enjoyed for many years -- from Angie Dickinson and Dame Joan Collins in January (http://carole-and-co.livejournal.com/760271.html) to Beth Broderick, best known for playing Aunt Zelda on "Sabrina, the Teenage Witch," in September.

Today was no exception, as a show I attended at a hotel near Los Angeles International Airport included two guests who have cited Lombard as an influence -- and whereas I've previously been reluctant to have my photo taken with celebs, considering a personally autographed picture and some substantial banter sufficient, this time I changed my ways (and am glad I did). First of all, one of the top comedic actresses of the 1970s and '80s, someone I met for the first time...Teri Garr:

Teri has battled multiple sclerosis, which by necessity has limited both her work and public appearances in recent years, so seeing her at this show was a special pleasure. She seemed in good spirits, too. Oh, and note the light blue card at the bottom of the photo? I reminded her that she had cited Lombard as a role model and then gave her a Carole & Co. business card; she was delighted to receive it. Just a genuinely nice person (something I like to think she learned from Lombard, whether or not that's actually true). Continued personal and professional success, Teri, and enjoy checking out this site every now and then.

The other notable who's made public her fondness for Lombard is someone I've met before and in fact interviewed in April 1997 for the Courier-News in central New Jersey when she appeared at a memorabilia show. I am referring to the still statuesque and stunning (at age 81!) Julie Newmar:

Perhaps the odd angle I was pictured at makes me appear a bit intimidated, but I like to think it was simply being in such close presence to the wonderful, beautiful Julie -- the definitive Catwoman, but so much more (she won a Tony award for her work in the late 1950s stage play "The Marriage-Go-Round"). Newmar has been a favorite with fans for years, and has cited Lombard (for comedy) and Rita Hayworth (for dance) as her primary influences. I hope one of these days, I can track down that 1997 interview I did with her.

Others I spent some time with Saturday included '60s songstress Donna Loren, who wore the cheerleader sweater from a "Batman" episode she appeared in (and it still fit her nearly 50 years later!) and from whom I bought three CDs; veteran actor Monte Markham, who's guested on everything from "The Mary Tyler Moore Show" to "Star Trek: Deep Space Nice" in addition to playing Perry Mason in the 1970s revival of the series; and director Bert I. Gordon, whose special effects-laden work has ranged from "Attack of the Puppet People" to "Village of the Giants." He's written an autobiography, which I purchased. (Alas, veteran character actor William Schallert, who was scheduled to attend, canceled Friday due to illness. Get better, Bill.) And I purchased some 1930s fan magazines as well.