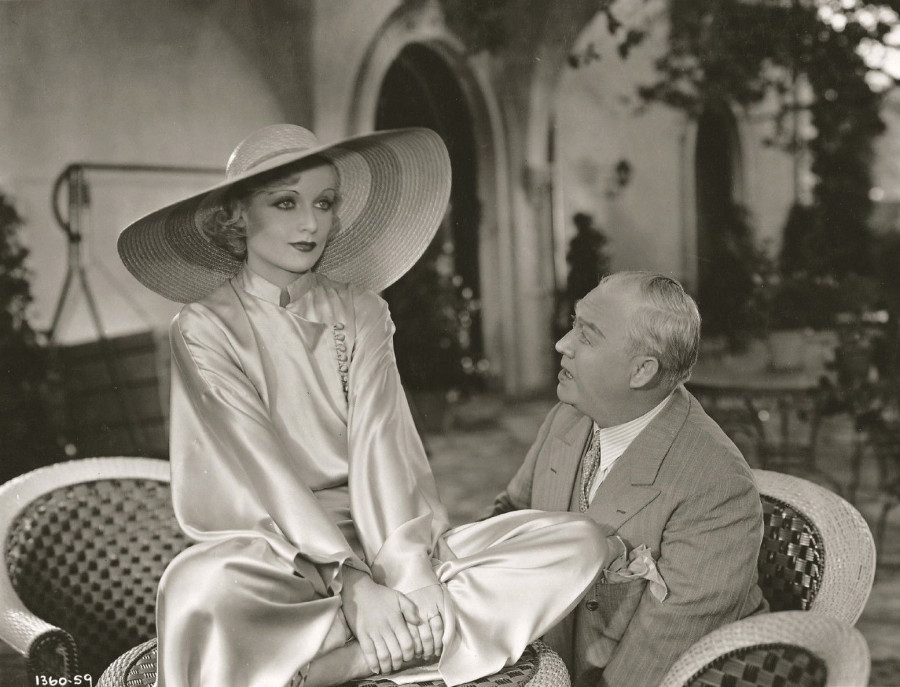 Most classic Hollywood fans would agree that Carole Lombard had one of the era's most beautiful faces -- and the above photo, with George Barbier from 1932's "No One Man" (Lombard's first top-billed film at Paramount), may rank among her most beautiful stills. Stare at that clear, clean face, then into her hypnotic eyes; magnificent, stunning. One is tempted not to touch the face, for fear one false move could make it shatter like porcelain. This may be as close as Carole ever came to capturing the delicate appearance of Billie Burke.