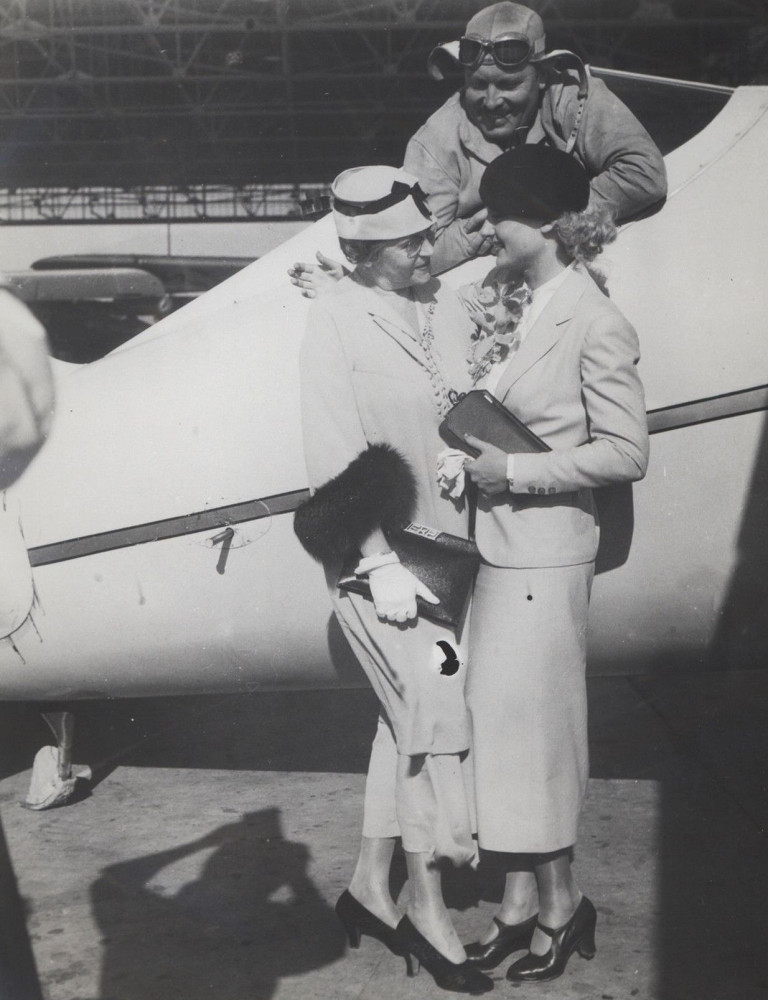 No, I don't honestly believe Carole Lombard used those precise words upon greeting her mother on Aug. 18, 1933 after returning to California following her divorce from William Powell in Carson City, Nev., earlier that afternoon. Whichever words she did use were her first on California soil since traveling to Nevada at the start of July to establish legal residency in the Silver State. Now, her domicile had reverted from Silver to Golden, and she could get back to work as an actress again.

This is an Acme Newspictures photo; here's what's on the back: 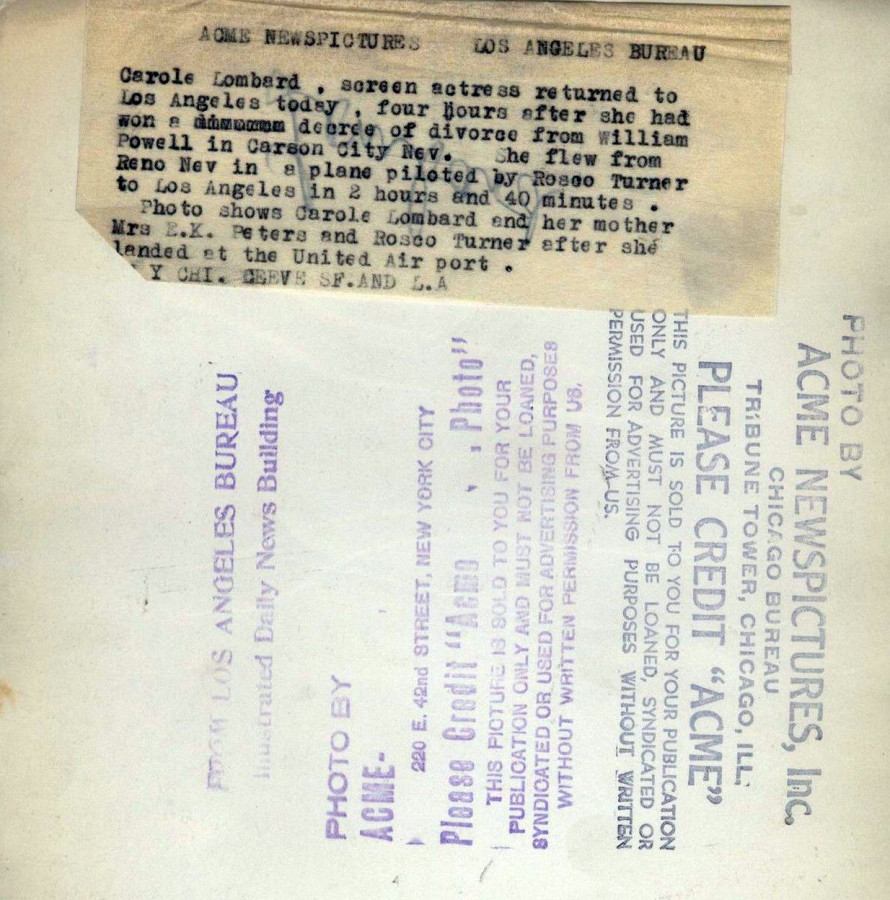 Roscoe Turner was a renowned 1930s pilot who three times won the Thompson Trophy air race. He also owned a pet lion, though I doubt it accompanied him on this trip.

The photo measures approximately 7" x 9", and exhibits light to moderate wear and toning around the edges and corners. The caption has been affixed to the back of the photo and exhibits an Acme Newspictures stamp. (As we all know the ultimate fate of both Lombard and her mother, I apologize if this entry seems too flippant for some.)

The opening bid for this is a mere 99 cents, and the auction is set to conclude at 9:24 p.m. (Eastern) Sunday...so you might have a chance at this. Think you're interested? Then visit http://www.ebay.com/itm/1933-Carole-Lombard-Returns-To-L-A-After-Divorce-From-William-Powell-Wire-Photo-/351352039600?pt=LH_DefaultDomain_0&hash=item51ce36a8b0.
Collapse