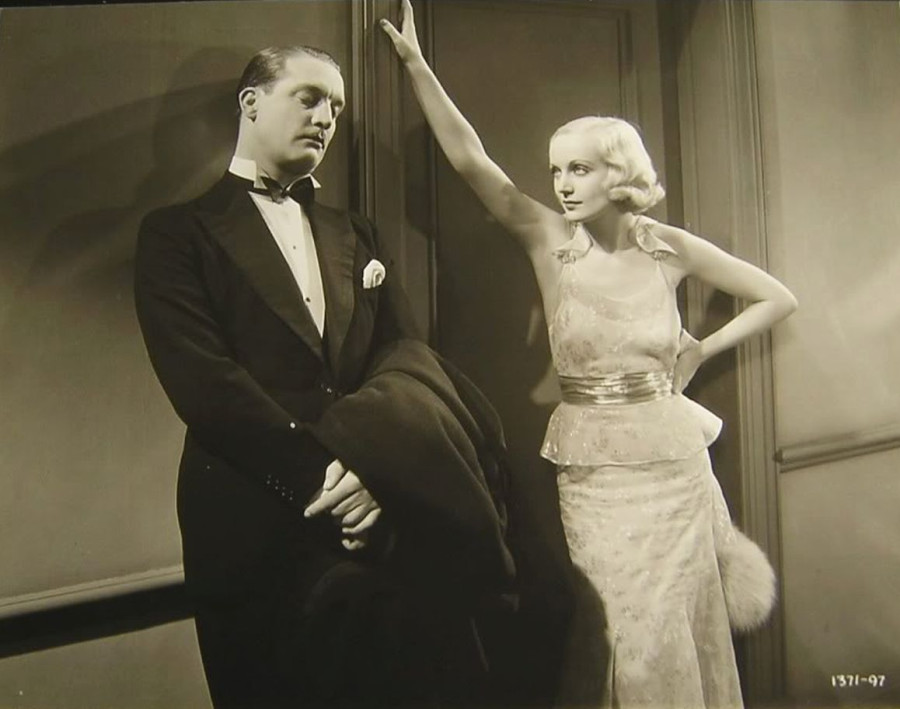 Imagine having Carole Lombard as your date and literally falling asleep on the job! Well, that's what apparently happened to poor Walter Byron in this scene from the 1932 Paramount film "Sinners in the Sun." No wonder Carole looks so ticked off.

We bring this up because a rare herald from the movie -- one issued for Spanish-speaking South American markets -- is up for auction at eBay. 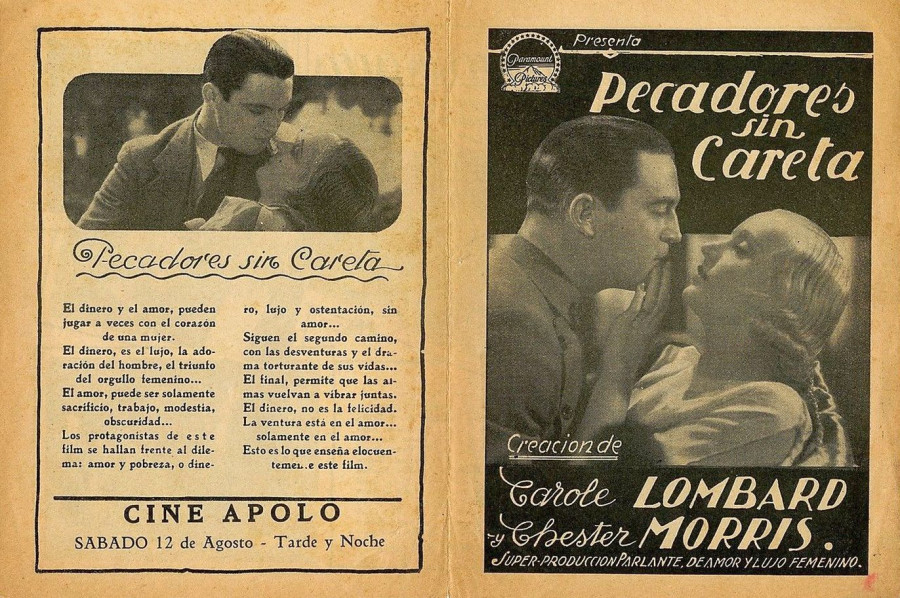 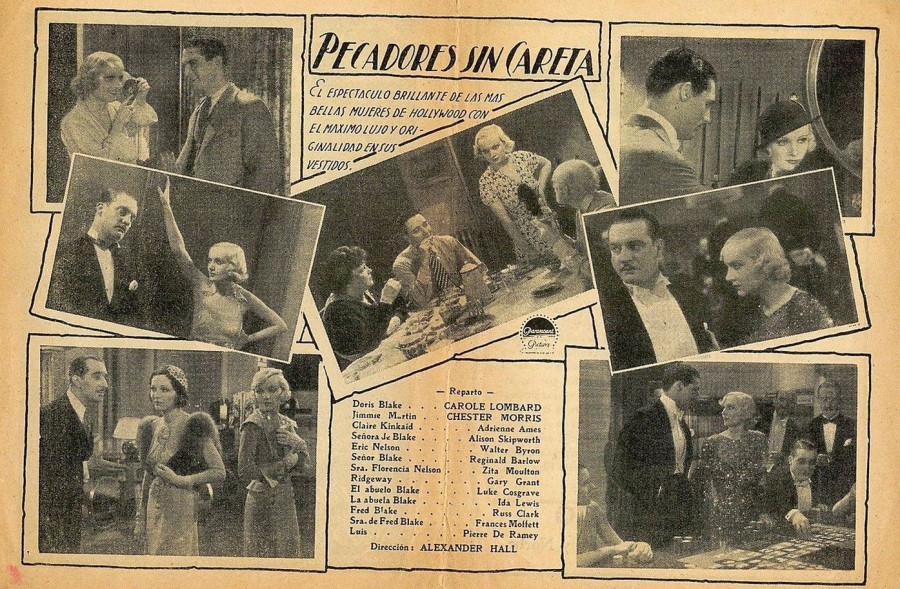 According to the seller, who hails from Argentina, heralds such as this one (which measures 9.5" x 6.5" and is in "very good condition") weren't common in South America. These "were printed by a local distributor, Max Gluksmann...between 1929 and 1936."

Check the cast list, and you'll also note one of the supporting players is (erroneously listed as) "Gary Grant." This probably wasn't the first time this mistake befell Cary (it was his second film), and it wouldn't be the last -- although after his 1937 breakthrough with "The Awful Truth" and "Topper," the "Garys" for Cary diminished significantly.