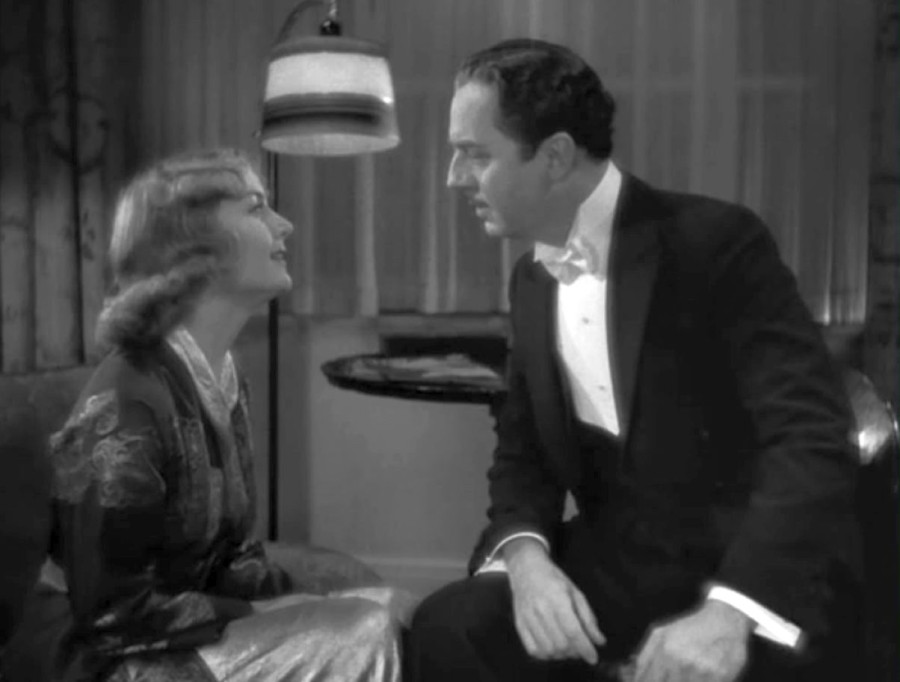 No, not as in baseball (though the mind chuckles at the premise of Carole Lombard pitching to William Powell while he bats wearing his "Godfrey" butler's outfit). The plate we're referring to is something you eat on, or display (as in "commemorative plate") -- although given the condition of this one, we strongly recommend the latter:

Can't make out the inscription? Try this:

The plate measures about 6 inches, according to the seller. As you can see, it's not in the greatest of shape, but some wise care (and a visit to a silversmith) probably could substantially improve the appearance of this item.

This probably wasn't a collectible for the general public, but one for distributors, exhibitors and such. Universal was under new ownership in 1936, and with "My Man Godfrey" and its runaway success, a tie-in with that film seemed apropos.

One bid, for $24.99, has been made as of this writing; the auction is scheduled to end at 12:30 a.m. (Eastern) next Saturday. Interested in this rarity? Then visit http://www.ebay.com/itm/My-Man-Godfrey-1936-film-souvenir-Carole-Lombard-William-Powell-Universal-film-/131462266149?pt=LH_DefaultDomain_0&hash=item1e9bc2fd25.
Collapse