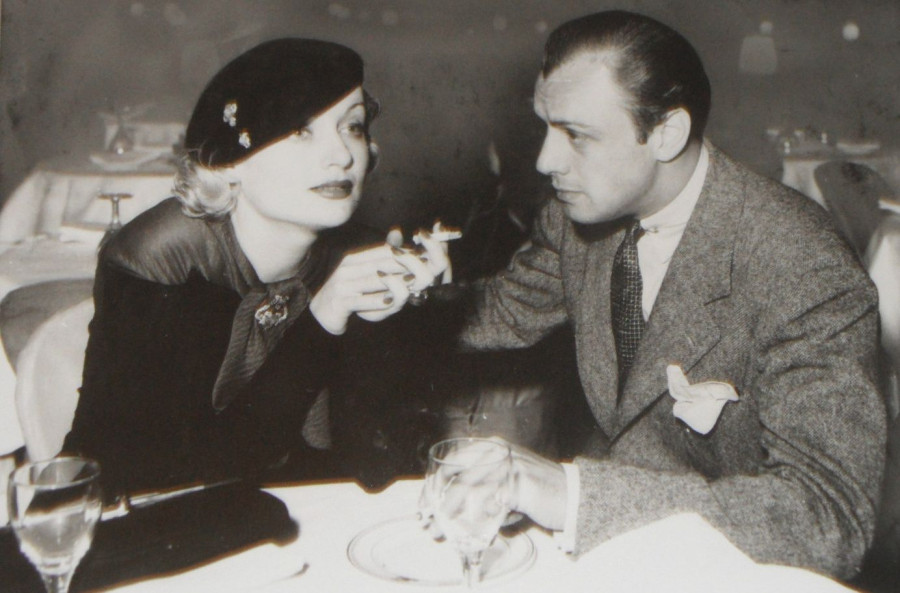 While Carole Lombard never fancied herself as much of a singer, music was a key part of her life, including her relationship with Russ Columbo, a vocalist, composer and bandleader whose bizarre, premature death in 1934 robbed the music world of a major talent. Even before the end of the 1920s, when sound was fully featured in motion pictures, the development of both radio and the electrical recording process had vaulted Los Angeles into a significant venue in music.

That only amplified as decades went on, and by the start of the 1960s, LA was clearly the hub of the popular music universe, as the iconic presence of the Capitol Records tower, shown still under construction in 1956, made clear. 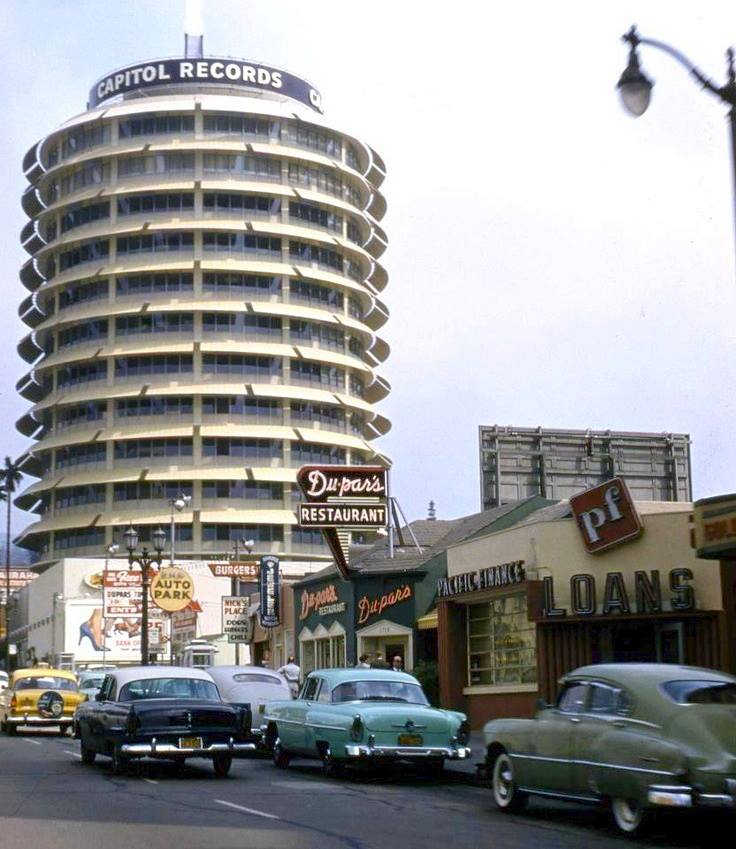 But in those studios and several other lesser-known recording places elsewhere around town, a group of talented musicians -- many of them trained in jazz and other genres -- nevertheless were defining the sound of the rock 'n' roll era.

I saw their story yesterday. 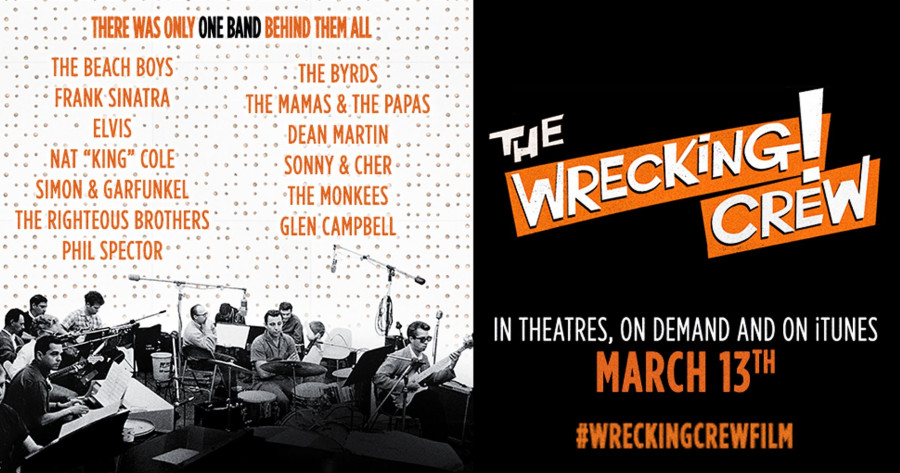 In the recent behind-the-scenes tradition of "Standing in the Shadows of Motown" and "Twenty Feet From Stardom," the documentary "The Wrecking Crew," about these Los Angeles session men (and one woman) has fully seen the light of day after making the rounds for a few years in a series of rough cuts.

Denny Tedesco, son of crew member and ace session guitarist Tommy Tedesco, directed the film -- a project that began in 1995 when his father was diagnosed with terminal cancer, originated as a 14-minute short and eventually expanded into this feature-length endeavor.

The "Wrecking Crew" (an informal title other musicians dubbed them) didn't simply go into the studio and do what was told of them. They came up with imaginative riffs and arrangements -- anything that would make the recording distinctive and marketable. They took command for some acts who weren't experienced in that part of the business; for others, such as Beach Boys co-founder Brian Wilson, they helped foster his already impressive creative ability.

Some of the performers, such as famed drummer Hal Blaine, gained some renown (he's shown by name on a '60s Las Vegas marquee in support of Nancy Sinatra, and was making about three times as much money for playing Vegas as Irv Cottler, drummer for Nancy's father Frank). A few, such as guitarist Glen Campbell, made the jump to full-fledged stardom. But others, such as Tedesco and bassist Carol Kaye, remained known to the cognoscenti and few others. (It says something about my views on gender roles -- at least where music is concerned -- that until recently, I didn't realize one of these fine guitarists was a woman.) Below is Tedesco, followed by a pic of Kaye and guitarist Bill Pitman:

The Crew was part of Phil Spector's Wall of Sound; the legendary (and eccentric) producer augmented them with many other session musicians to make the records sound even more grandiose.

Screenings of the documentary will appear all over the place over the next few weeks; find out where it'll play in your area by visiting http://www.wreckingcrewfilm.com/screenings.php. And a partial list of songs Crew members appeared on is at http://www.wreckingcrewfilm.com/music.php. Let's hear three of those classics, giving you an idea of the wide-ranging talent that appeared on these records:

Blaine's signature moment on record unquestionably is the Ronettes' "Be My Baby," arguably the definitive Spector Wall of Sound recording. From the opening, his drum work propels everyone involved to incredible heights:

That came in 1963. In August of '65, the Crew played for Gary Lewis and the Playboys (who could play their own instruments, but nowhere as impressively as the Crew -- nothing to be ashamed of by any means) on "Sure Gonna Miss Her." In the documentary, Lewis notes that his guitarist complained there was no way he could duplicate the riff the session men came up with...but it made the record a Top 10 hit in early 1966:

By 1968, Campbell had made the leap from ace session guitarist to pop star, and he used his buddies on the Wrecking Crew on his sessions well into the '70s. Here's my favorite record of his, Jim Webb's "Wichita Lineman" -- and while it's Campbell playing that iconic guitar riff on the break, he says in the documentary that Kaye actually came up with it, which he borrowed for the recording:

As the '70s progressed, the Wrecking Crew's services were becoming less needed. By now, most musical acts played their own instruments well enough not to need much outside help. Thankfully, their legacy has been preserved through this documentary...one I'm proud to say I aided through Kickstarter. For more on the project -- including a trailer for the film, which also can be seen through video on demand and iTunes -- go to http://www.wreckingcrewfilm.com/index.php.
Collapse