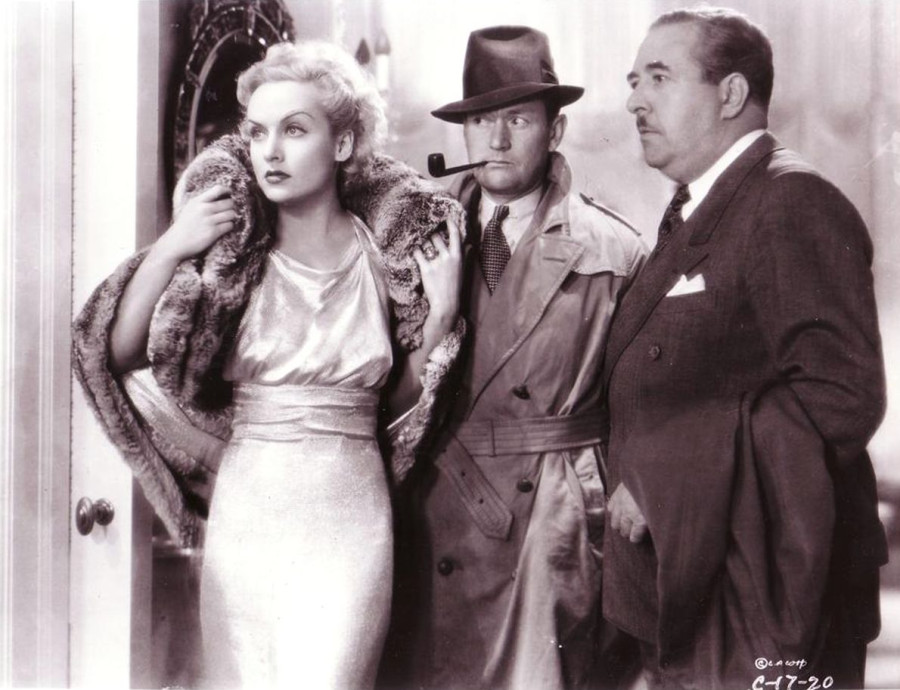 Want to own the breakthrough film for Carole Lombard (shown here with Roscoe Karns and Walter Connolly), "Twentieth Century"? The good news is that now you can. See? 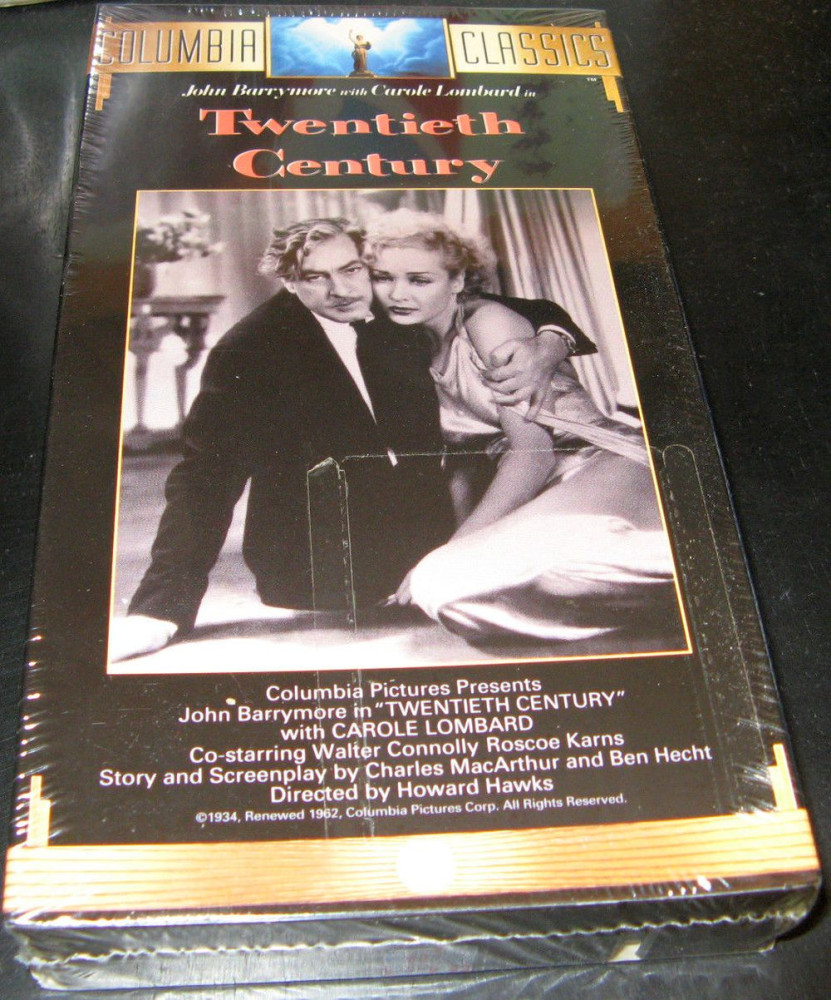 You're probably thinking to yourself, "That's one weird-shaped DVD case." Well, that's because it's not a DVD at all, but a VHS videocassette. (You do remember videocassettes, don't you?) But it's listed as "brand new" (or at least unopened) and apparently never used. If you've got the machine to handle it -- probably stored next to your four-speed phonograph -- you can watch Carole cavort with John Barrymore in this delightful railroad romp. 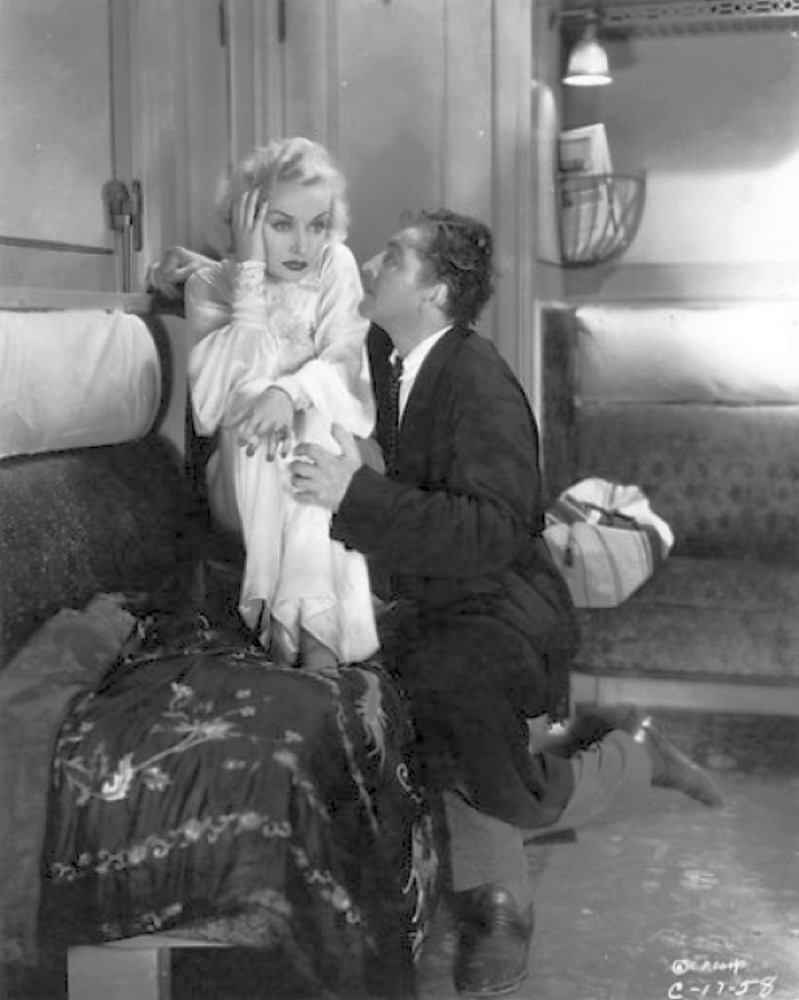 Unfortunately, while "Twentieth Century" technically is available on DVD, it was last issued 10 years ago, apparently in a mediocre transfer lacking the extra amenities a film of this stature deserves. (Paging Criterion!) So VHS -- a technology that literally signals "twentieth century" -- might be your best way to go if you really want this early screwball gem. You can buy it for $15.99; go to http://www.ebay.com/itm/Twentieth-Century-John-Barrymore-Carole-Lombard-NEW-/301564065840?pt=LH_DefaultDomain_0&hash=item46369e7830 to learn more.

Oh, and a sort of true confession (to borrow the title of Lombard and Barrymore's other film pairing): Another reason for this entry, in addition to filling my daily Carole & Co. quota, is that it lets me note the current Broadway revival of the story's musical version, "On The Twentieth Century," and gives me an excuse to run this photo of lovely little Kristin Chenoweth in lingerie: 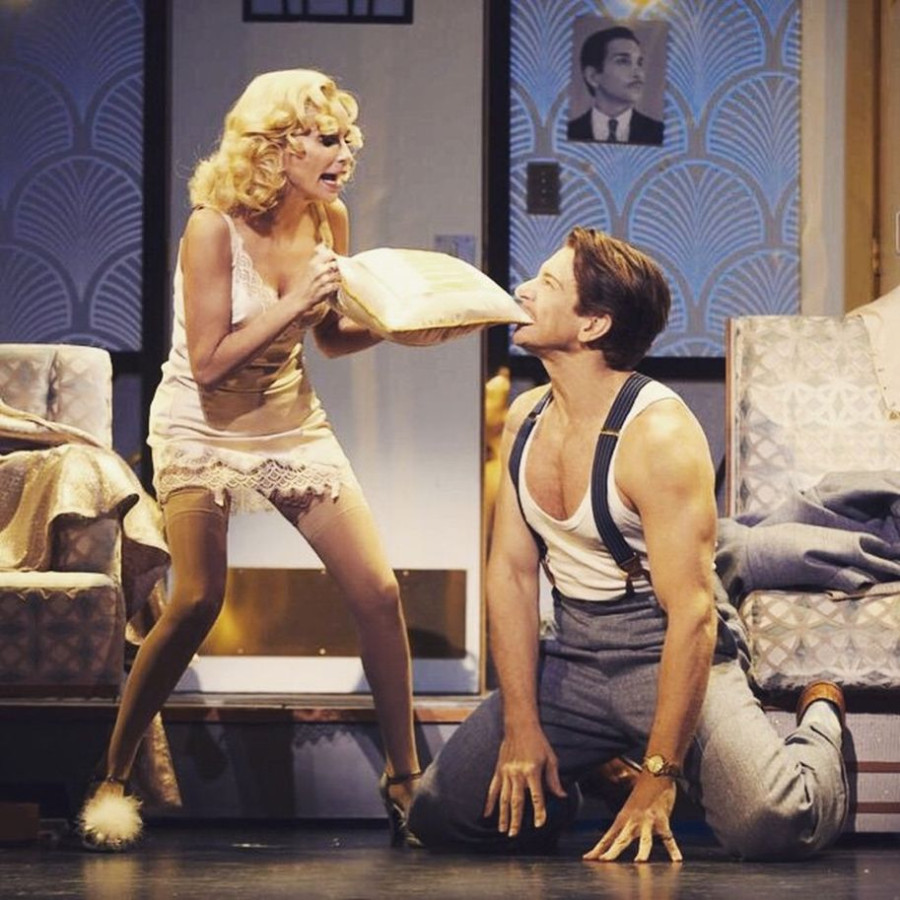