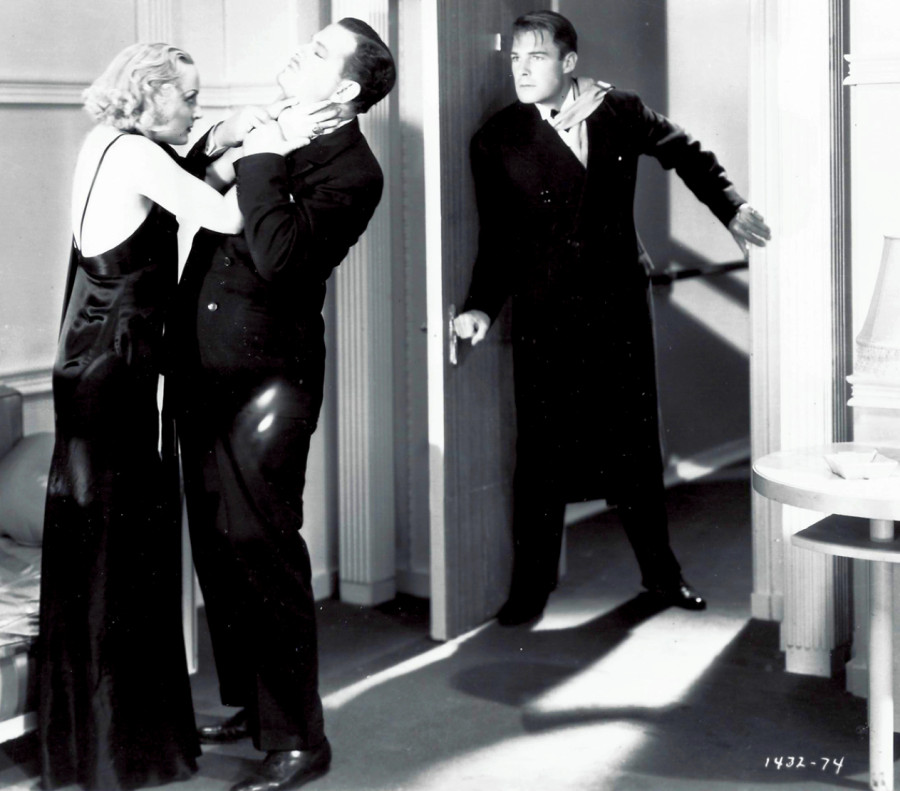 Carole Lombard, possessed by the spirit of executed murderess Vivienne Osborne, uses her unearthly strength to try to strangle Allan Dinehart as Randolph Scott arrives on the scene in "Supernatural." (However, from what we know about this troubled production, Lombard probably wanted to strangle director Victor Halperin instead.) While Carole had little love for the horror genre, she gives a respectable performance in this atypical film for her.

"Supernatural" hit U.S. theaters in the spring of 1933, but Australian audiences didn't see it until the midst of winter...which for Aussies means August. We learn this from a pair of movie pages on sale at eBay, both from the Labor Daily, a Sydney-based paper which was the organ of the Australian Labor Party. 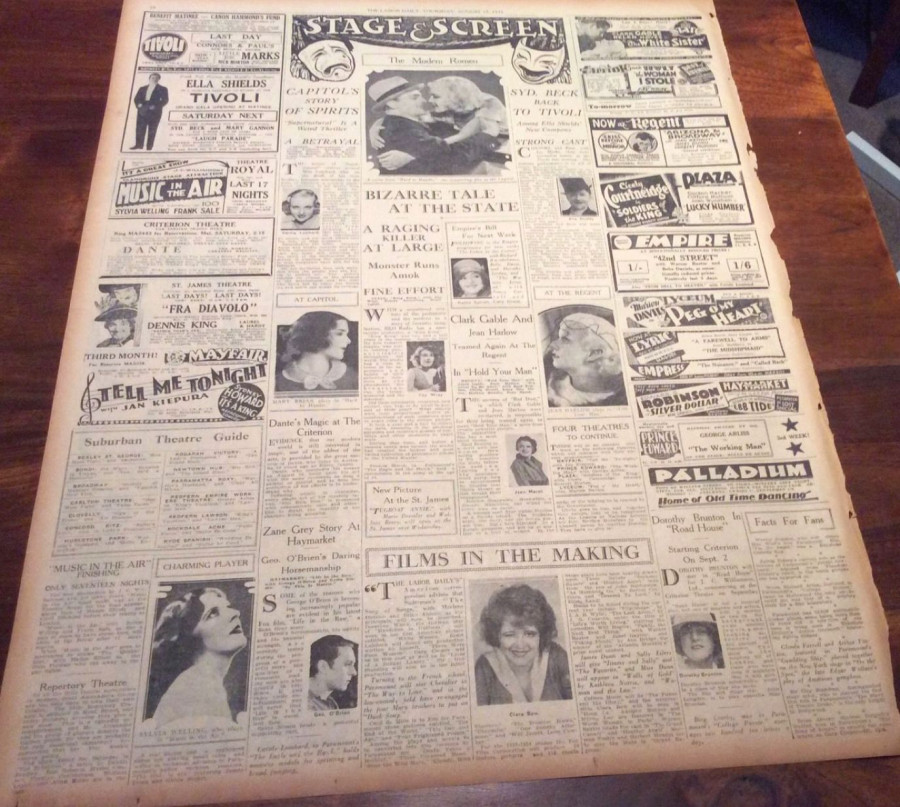 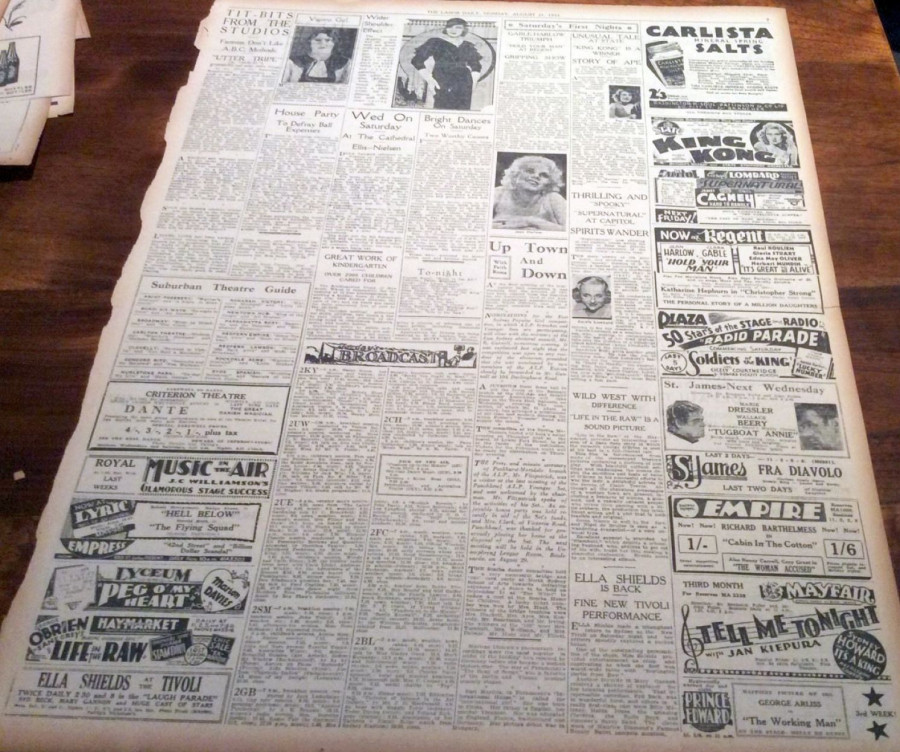 The paper ran two separate stories on "Supernatural"; whether they were staff-written or Paramount handouts is uncertain. First, this from Thursday, Aug. 17: 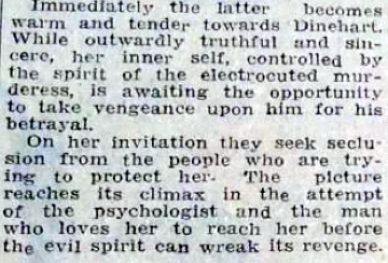 The other piece is from Monday, Aug. 21:

Note that the James Cagney comedy "Hard To Handle," for which Lombard had rejected a loanout to Warners (Mary Brian took her place), was the second feature.

RKO's blockbuster "King Kong," which Americans first saw in late February of '33, didn't reach Australian shores until August. Here's how the Labor Daily covered it on the 17th (alongside a piece on Clark Gable and Jean Harlow in "Hold Your Man")... 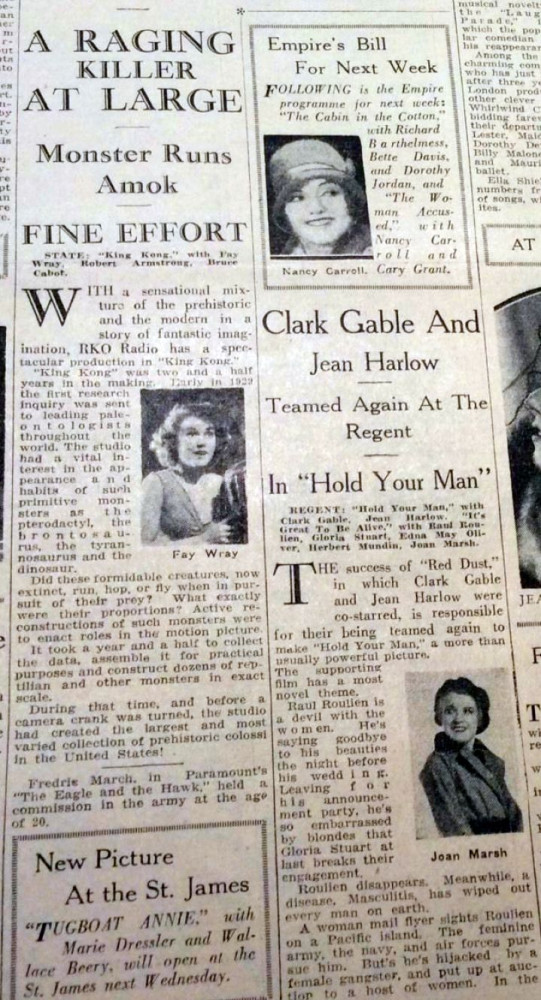 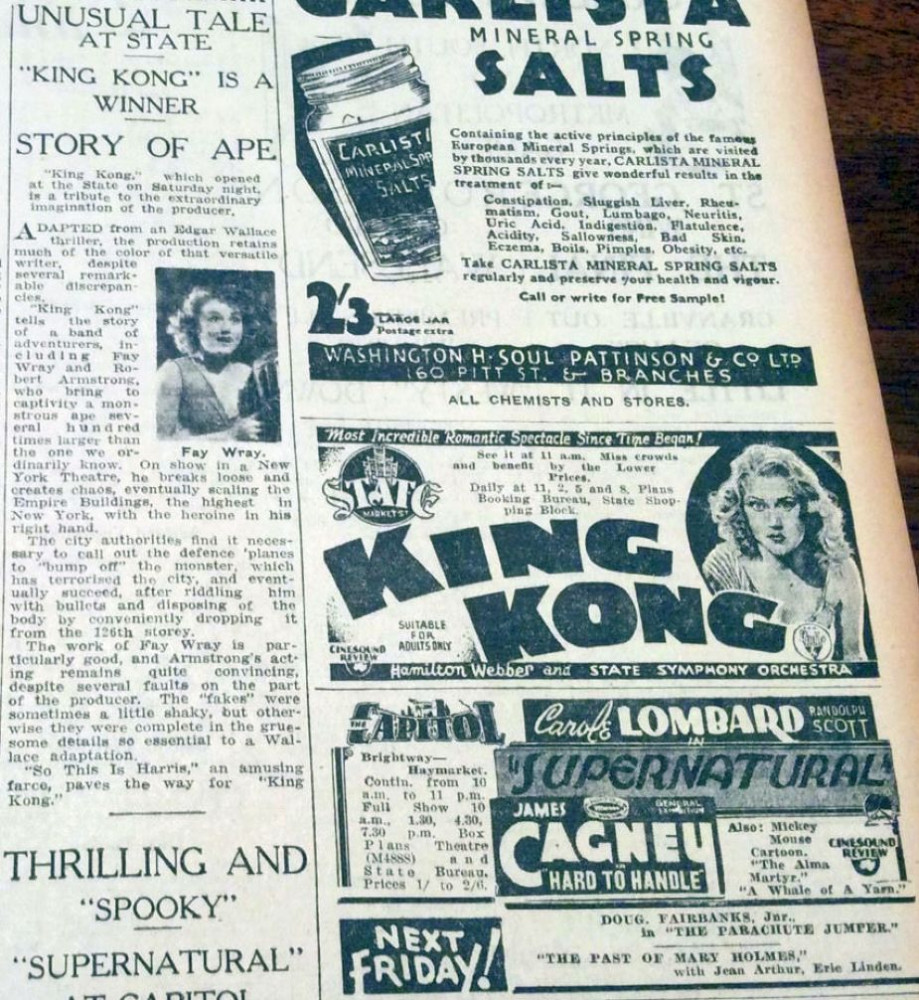 There's some Lombard-related news in the "Films in the Making" column on the 17th, even though she isn't mentioned. See if you can find it: 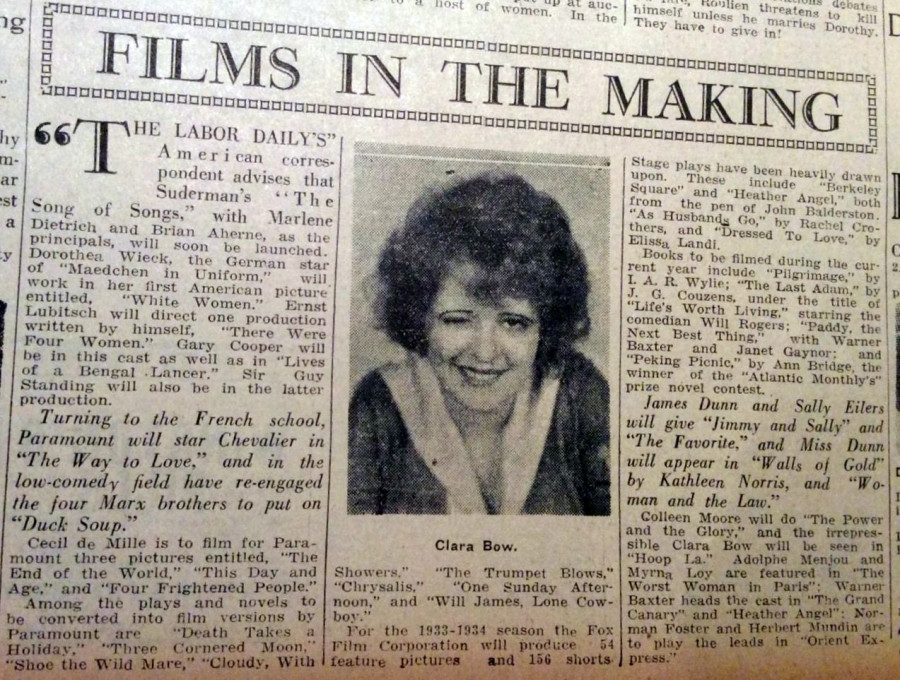 Stumped? German star Dorothea Wieck's first Paramount film was announced at "White Woman"...which ended up as a Lombard vehicle (an over-the-top one).

The 21st also features this ad for "Hold Your Man": 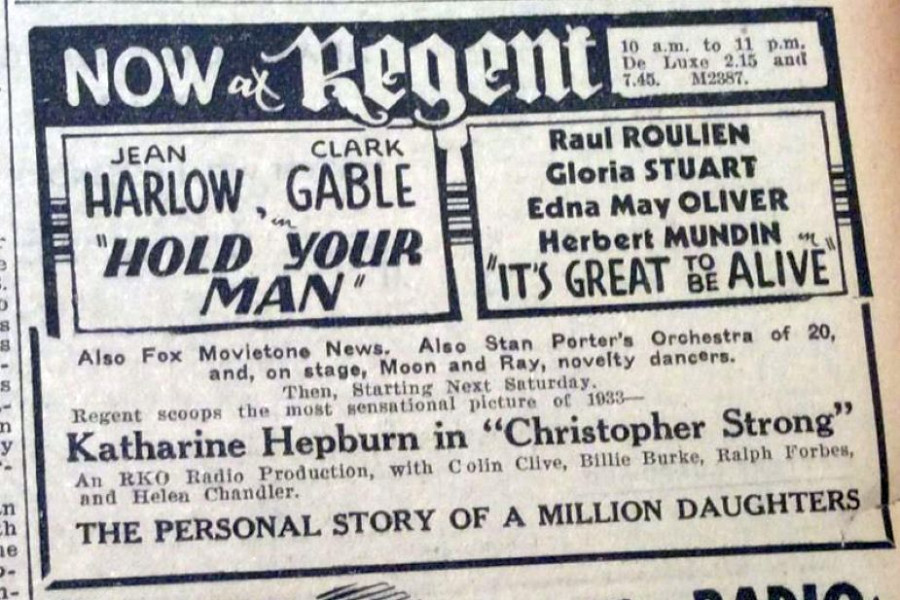