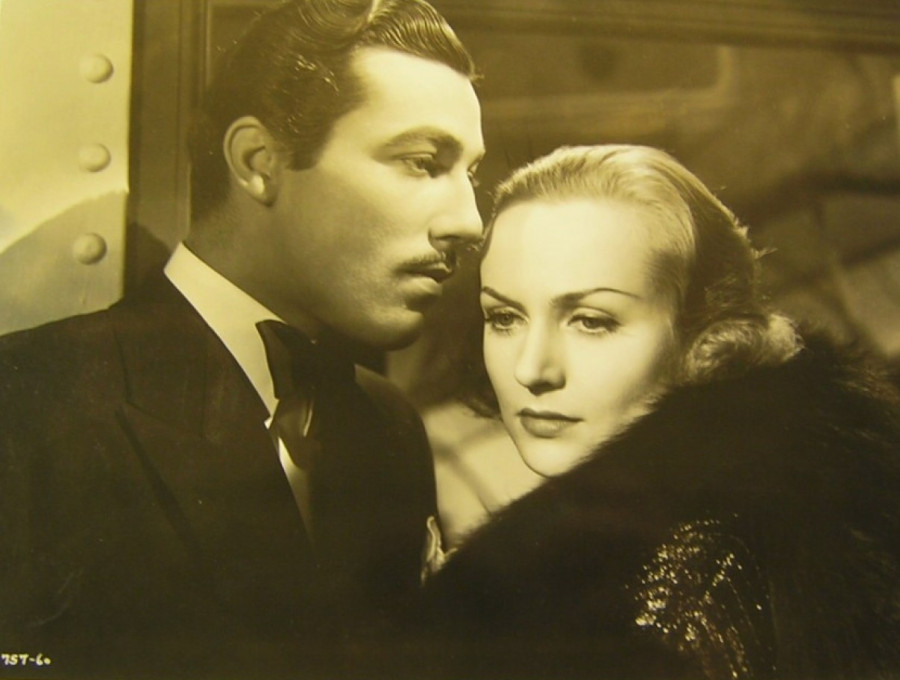 Carole Lombard and Cesar Romero engage in a romantic scene from Universal's 1936 comedy "Love Before Breakfast." And Lombard's enduring appeal as one of the 1930s' most popular stars has been certified, thanks to Heritage Auctions of Dallas, which is having its latest Movie Poster Signature Auction on March 28 and 29.

This 27.5" x 41" one-sheet for "Love Before Breakfast" is one of the auction's featured items: 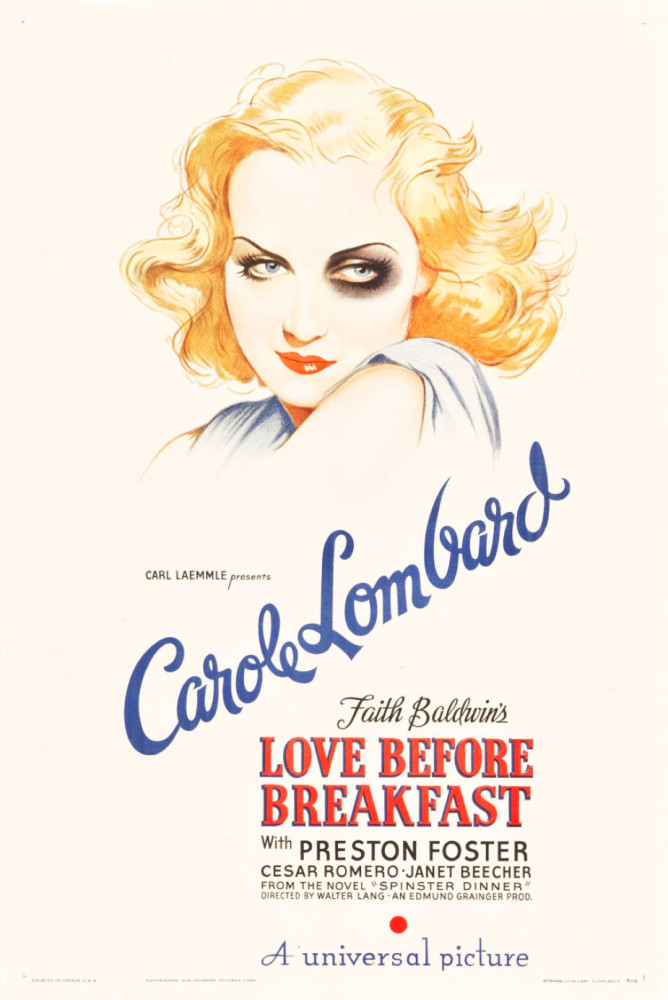 Heritage describes this as an "incredible stone litho one sheet that is rare and features one of the best-known images of this beloved actress ever released. Only a sliver of paper loss in top border required touchup. The linen has been trimmed up to the edge of the border. Very Fine on Linen."

The highlight of the auction is undoubtedly a three-sheet from the 1931 Universal classic "Frankenstein": 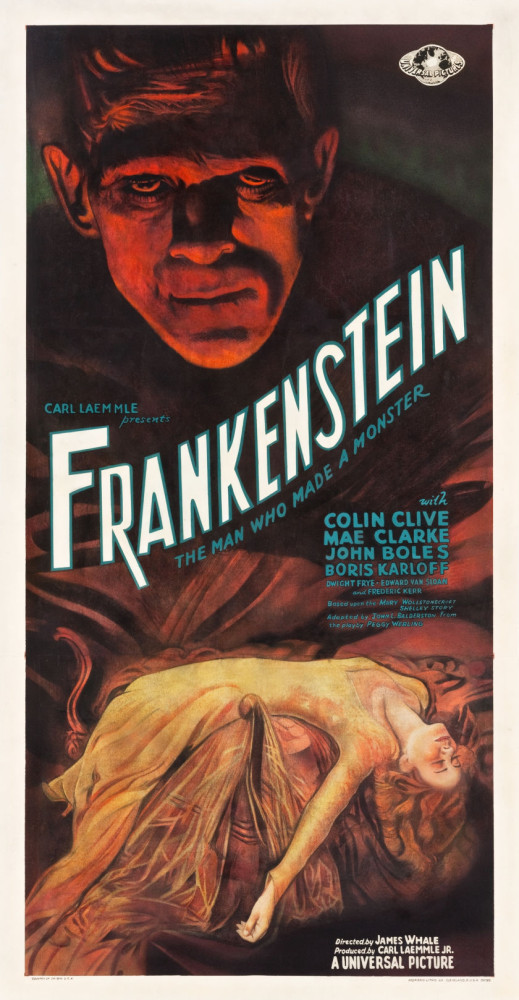 It's the only copy known to exist, with a pre-auction estimated value of more than $100,000.

And get a load of this full-bleed one-sheet promoting Marlene Dietrich's "The Song of Songs": 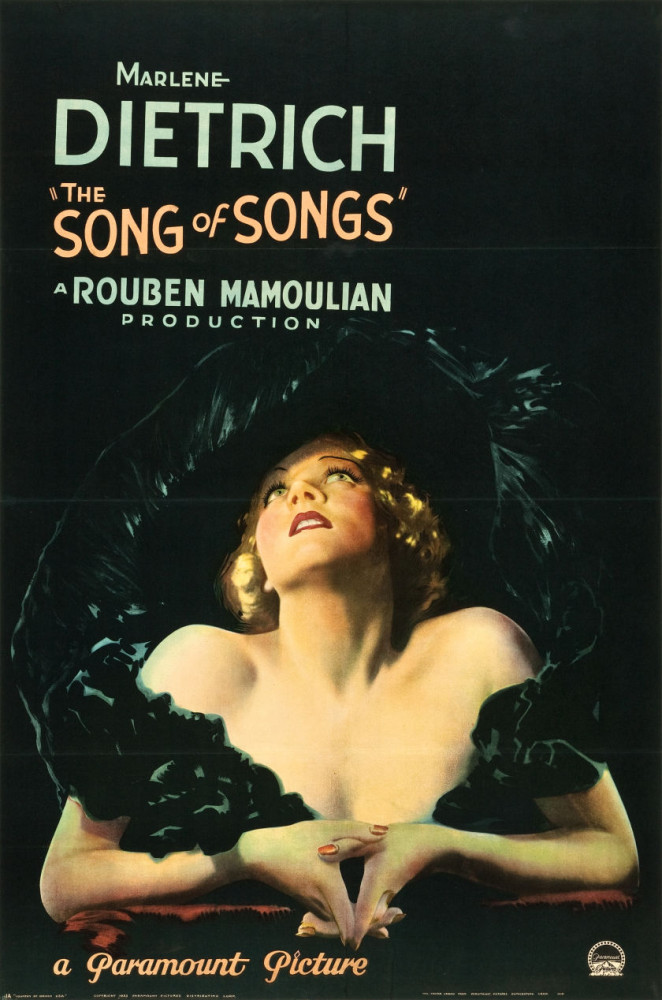 Read more about the auction at http://www.finebooksmagazine.com/press/2015/03/monstrous-frankenstein-three-sheet-poster-could-bring-100000-at-heritage-auctions.phtml.
Collapse