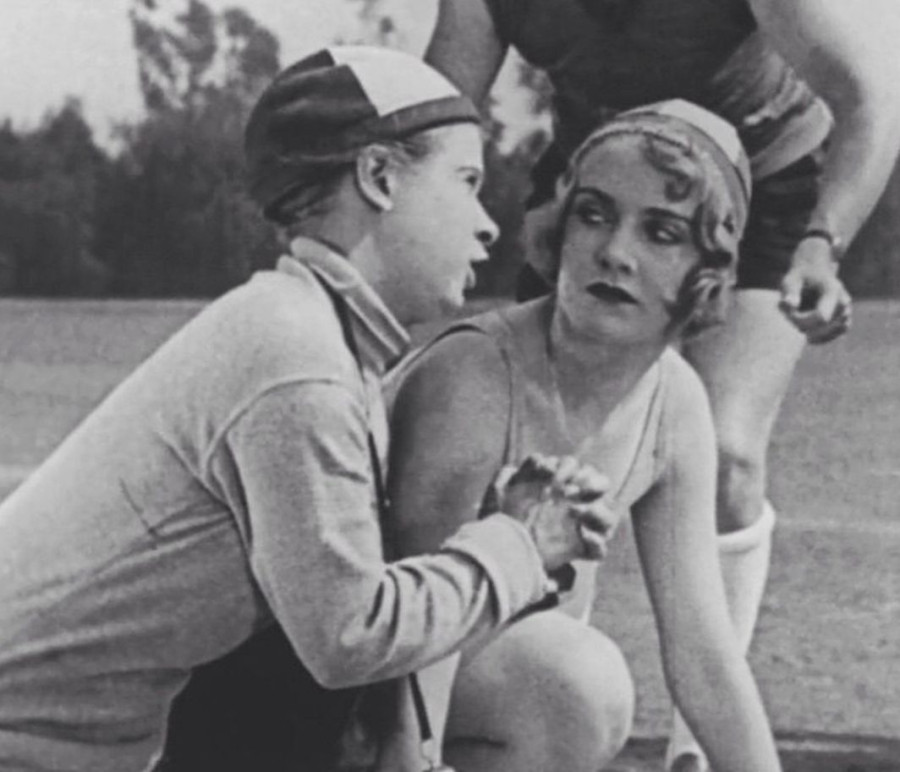 Carole Lombard's formal education may have ended during her junior year at Fairfax High School in Los Angeles, but it didn't stop her from appearing in a number of campus comedies for Mack Sennett, playing everything from a track star (as in "Run, Girl, Run," above, with Daphne Pollard) to the title role in "The Campus Vamp." But in the 1920s, a degree wasn't required for stardom in Hollywood -- and you can be sure that if Carole was pursuing an acting career today, she'd get as much education as needed.

Today's entry is, to borrow the old term, "going collegiate," focusing on one college I know well and the other am rapidly learning about. We'll begin with the college where I obtained my undergraduate degree back in 1977, the University of Maryland:

Much has changed in College Park since my campus days. The university has bolstered its academic programs, tightened admissions requirements (perhaps I would be admitted today, but it wouldn't be a lead-pipe cinch!) and instituted an honors college. And in 2012, the university announced that in July 2014, it would enter the Big Ten Conference after 61 years as a member of the Atlantic Coast Conference. 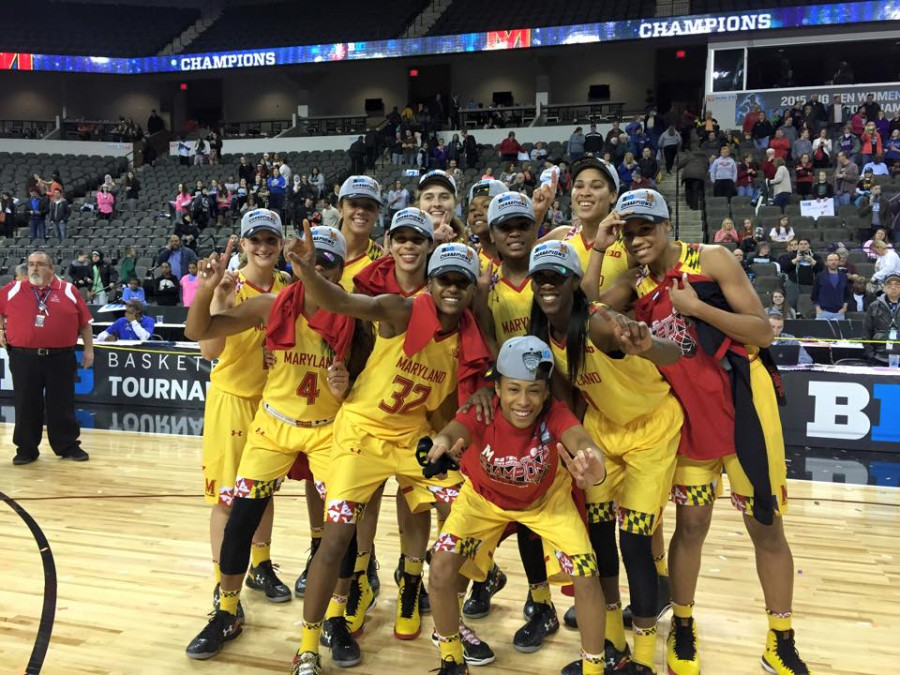 That's the fourth-ranked Maryland women's basketball team, which yesterday completed a 21-0 record against Big Ten foes (the Terrapins are 30-2 overall) by winning the conference tournament title to accompany their regular-season crown. But the Big Ten has meant more for Maryland than winning titles (in the fall, the Terps were B1G champs in men's soccer and field hockey). It is unique among conferences in that it has academic initiatives -- including interlibrary loans and a research consortium, the Committee on Institutional Cooperation, consisting of the 14 Big Ten members plus the University of Chicago.

I'm proud to say that as far back as February 2010, when the conference announced its intention to expand, I called for College Park officials to pursue Big Ten membership, a move few endorsed at the time (http://www.diamondbackonline.com/opinion/editorials/article_af2a5589-43a5-5f08-a6a9-287ad68c4d43.html). But as university president Wallace Loh noted Saturday, when the move was announced, 90 percent of those in the Maryland community opposed it; now, with the benefits clear to all, 90 percent are in favor. 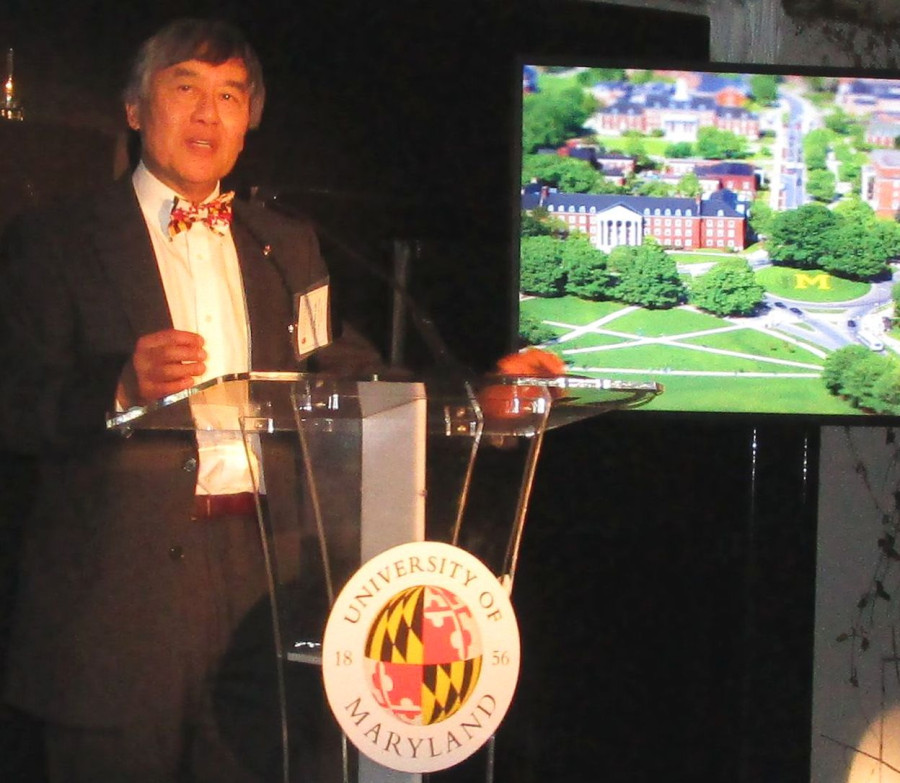 So it's no wonder that the university is making an effort to spread the word and revive its once-dormant alumni base in southern California. On Saturday, it hosted an event at the Sofitel Hotel on Beverly Boulevard, with Loh (above) and Hall of Fame basketball coach Gary Williams (below, now a university fundraiser) as keynote speakers. 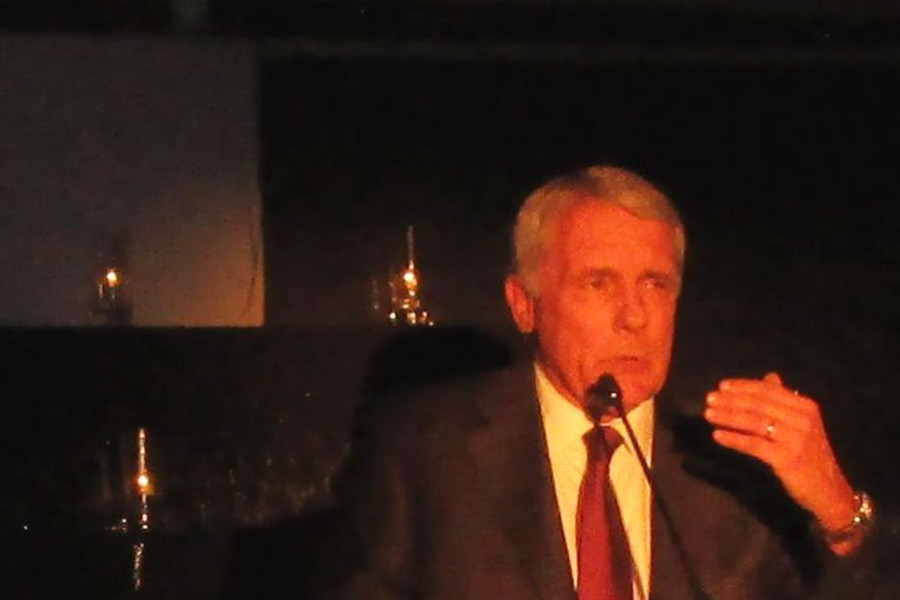 It was wonderful meeting so many fellow Terrapins and making alumni connections, since there are many involved in the entertainment community. (Soon, I hope to be among them.)

In 1969, when Charles "Lefty" Driesell was hired as Maryland's new basketball coach, he said he thought the school could become "the UCLA of the East." It didn't quite happen under his watch, but in many ways he was right. Maryland has won a pair of national basketball titles (the men under Williams in 2002, the women under Brenda Frese in 2006), and has grown into an academic powerhouse rivaling UCLA, UC Berkeley and other top state flagships. And speaking of UCLA... 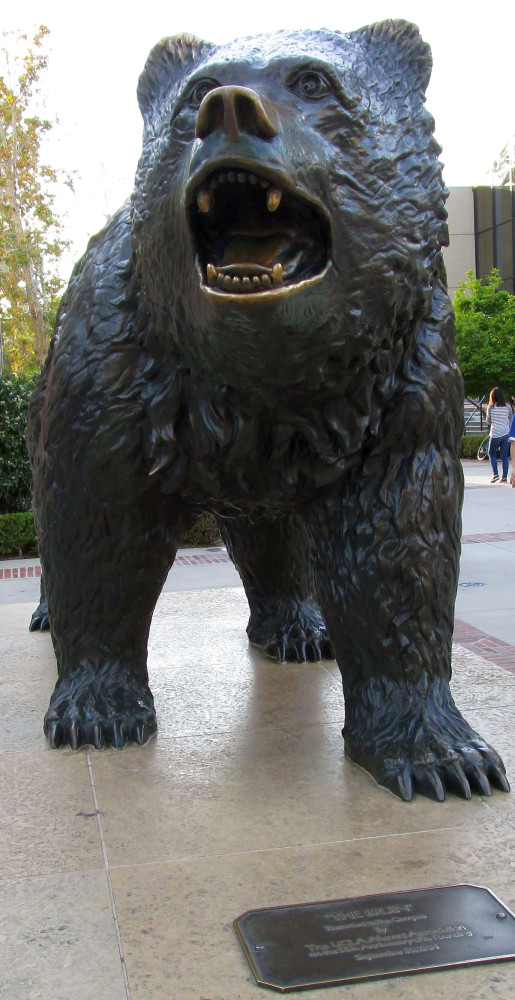 ...last Wednesday, I visited the Westwood campus, home of not only the famed Bruin statue but one commemorating arguably the greatest college basketball coach of all, John Wooden:

I met Wooden in December 1974, early in what would be his final season at UCLA, when the Bruins played at the Maryland Invitational tournament at Cole Field House (where Wooden had won one of his 10 NCAA titles in 1970), shook his hand and he signed the game program. A genuine man.

The coach's statue naturally stands in front of the arena where he had many of his greatest triumphs, one of the legendary venues of the college game... 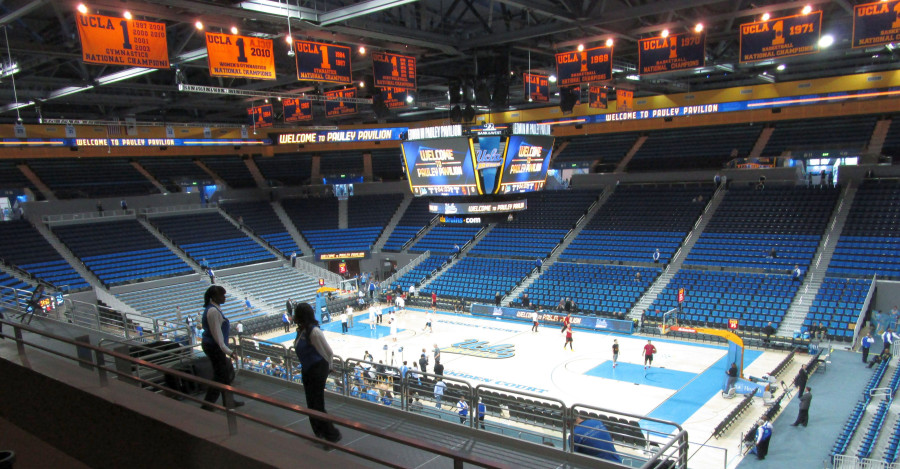 ...also home to Bruin volleyball (a big deal in this neck of the woods), gymnastics and women's basketball. This night marked the men's regular-season finale against archrival Southern Cal...but unlike their heated football rivalry, UCLA has dominated the Trojans in recent years, perhaps explaining why this crosstown rivalry game was not sold out. (UCLA would win 85-74.)

Wooden's legacy is commemorated throughout the building, which will turn 50 later this year and was renovated earlier this decade:

Once the game concluded, I posed for a picture: 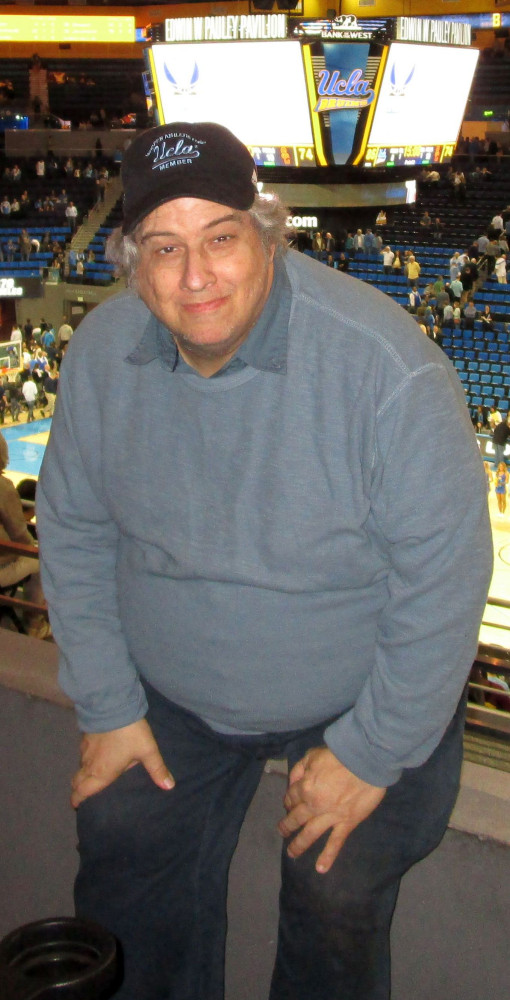 (An explanation to my Maryland friends: A few months ago, I donated $100 to the Wooden Athletic Fund and received that UCLA cap in return. However, I also donated $125 each to the Philip Merrill College of Journalism and the Terrapin Club. OK?)

And since we mentioned "Run, Girl, Run" at the top of this entry... 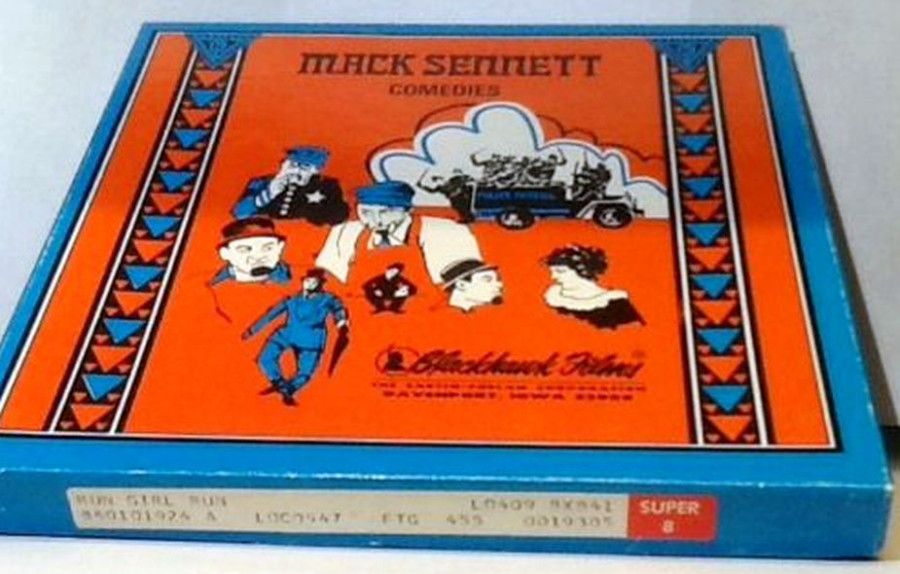 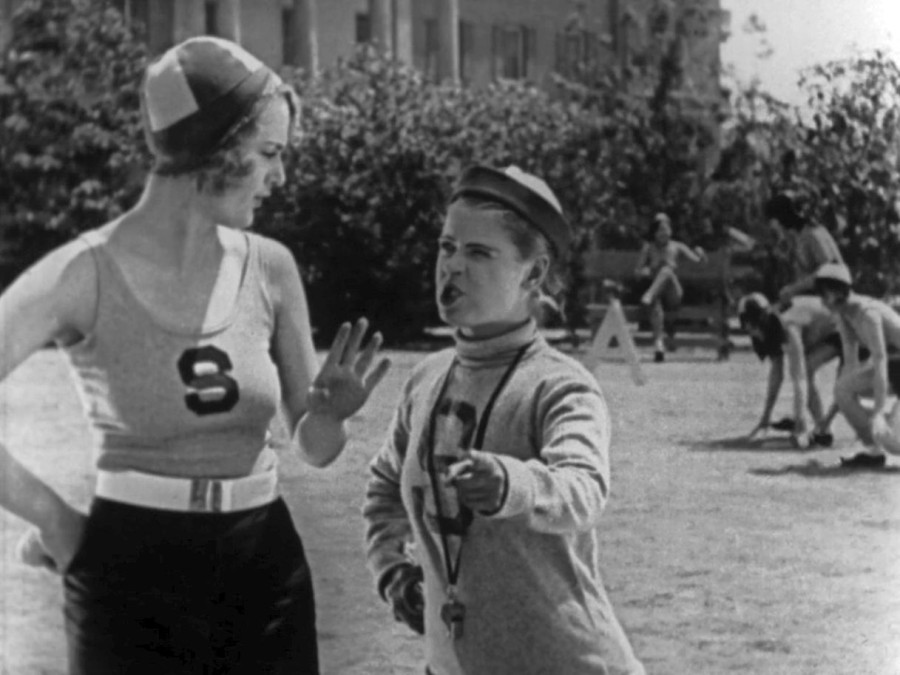 Finally, we wish to pay tribute to Sam Simon, co-creator of "The Simpsons" and philanthropist extraordinaire, who lost his long battle with colon cancer today at age 59. He gave away much of his $100 million fortune from the show to help people and animals; we should all go so gracefully. 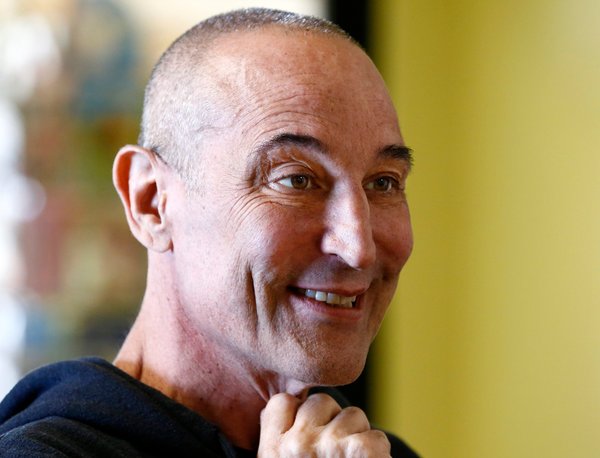