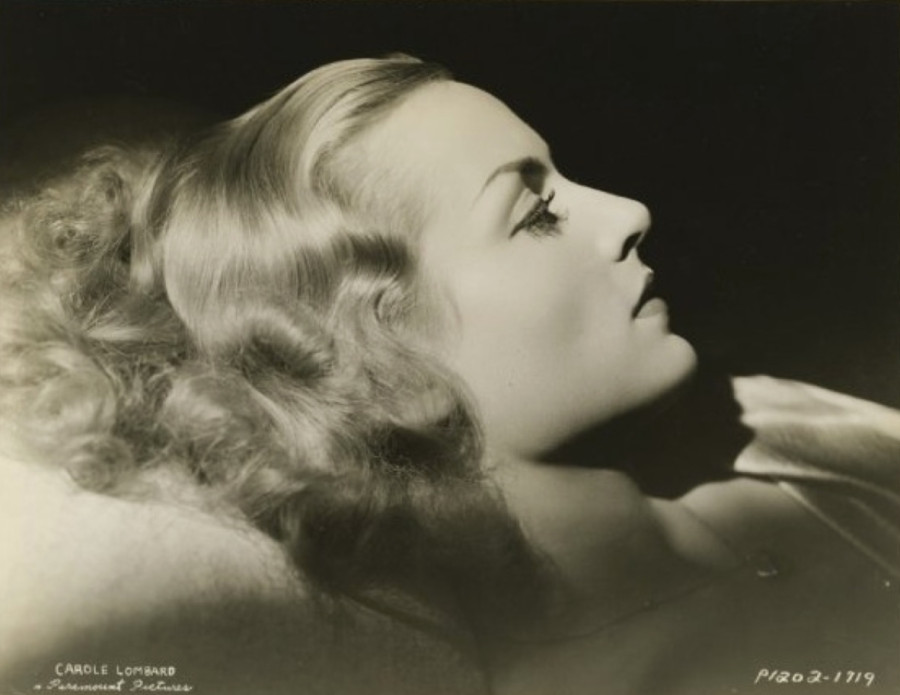 The photographer whose work defined Hollywood portrait glamour (such as in the above portrait of Carole Lombard) is currently being honored by a museum spotlighting the man who revolutionized animation.

George Hurrell, shown in a self-portrait... 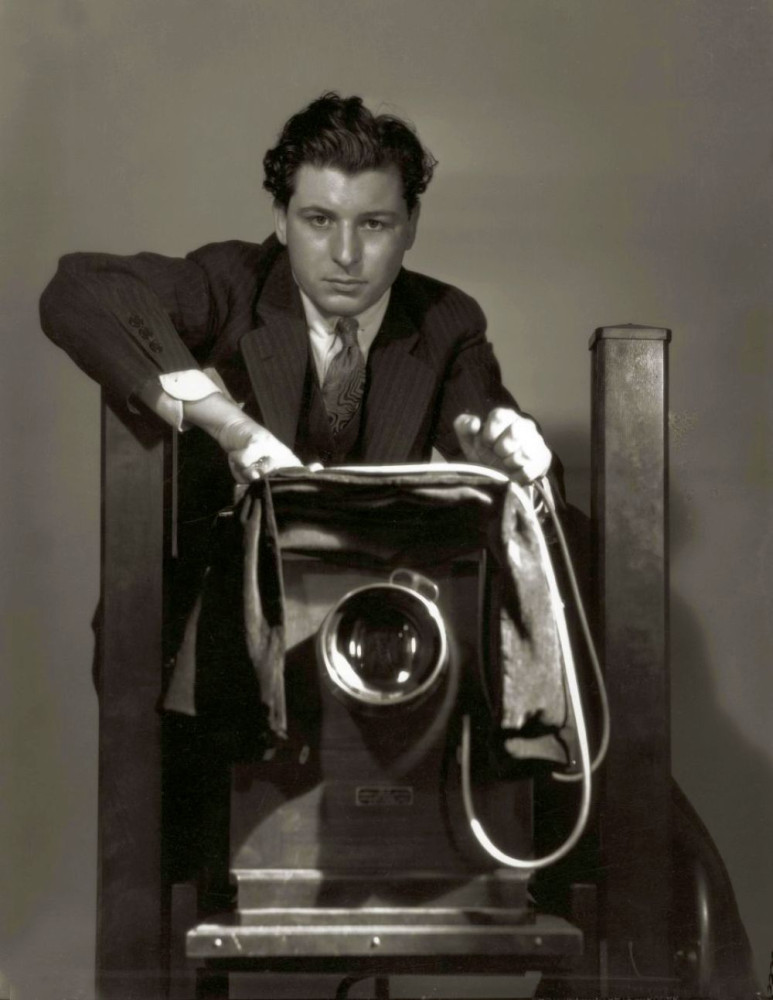 ...is the subject of an exhibit, "Lights! Camera! Glamour! The Photography of George Hurrell," through June 29 at the Walt Disney Family Museum at the Presidio in San Francisco. And among Hurrell's subjects was Walt Disney himself, shown in 1940: 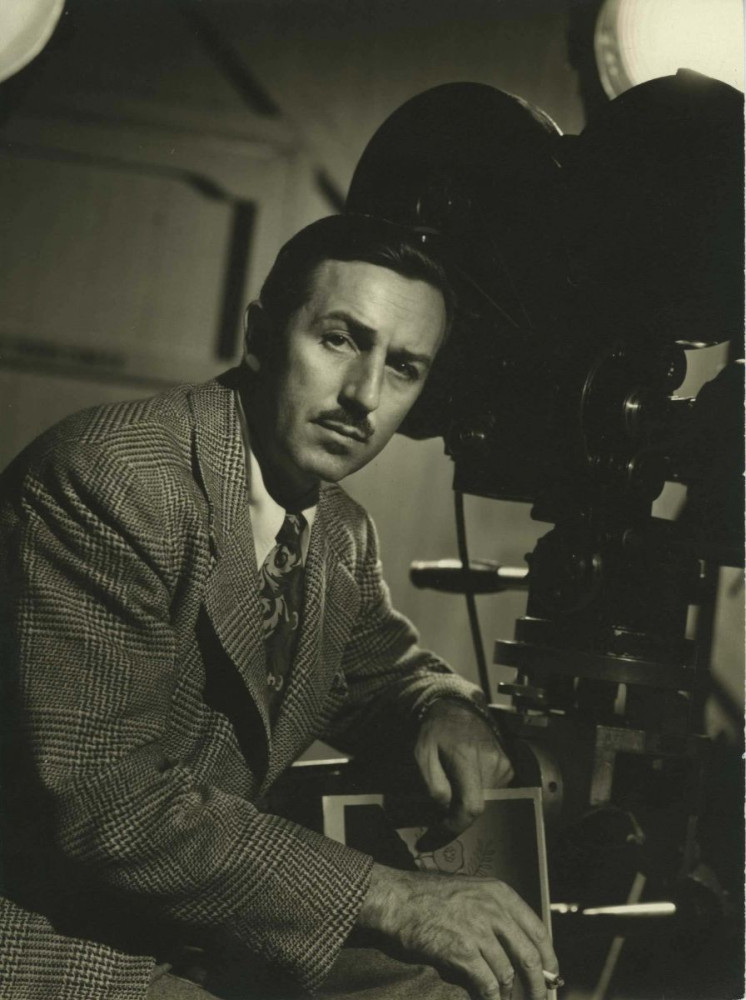 The exhibition covers some 80 portraits, and yes, Carole is among the subjects. So are Jean Harlow, Douglas Fairbanks Jr., Ramon Novarro, Joan Crawford, Clark Gable and Katharine Hepburn. Some of these images have not been publicly seen since the 1930s.

Most of you know by now how Hurrell was the master of light and shadow, adding a subtle sophistication to the craft of glamour portrait photography. But what you may not know is that Hurrell had ties to the Disney family. Hurrell married Disney's niece Phyllis Bounds, who then employed her cousin Sharon, Disney's youngest daughter, as an assistant. (Walt drove Sharon to work.) Hurrell founded a television production studio —- Hurrell Productions —- in the 1950s, which was housed on The Walt Disney Studios lot in Burbank. Disney animators and staff were employed to create animated television commercials.

Hurrell glamour is always worth checking out, so if you'll be visiting the Bay Area over the next few months, take it in to see Crawford and Harlow, among others. 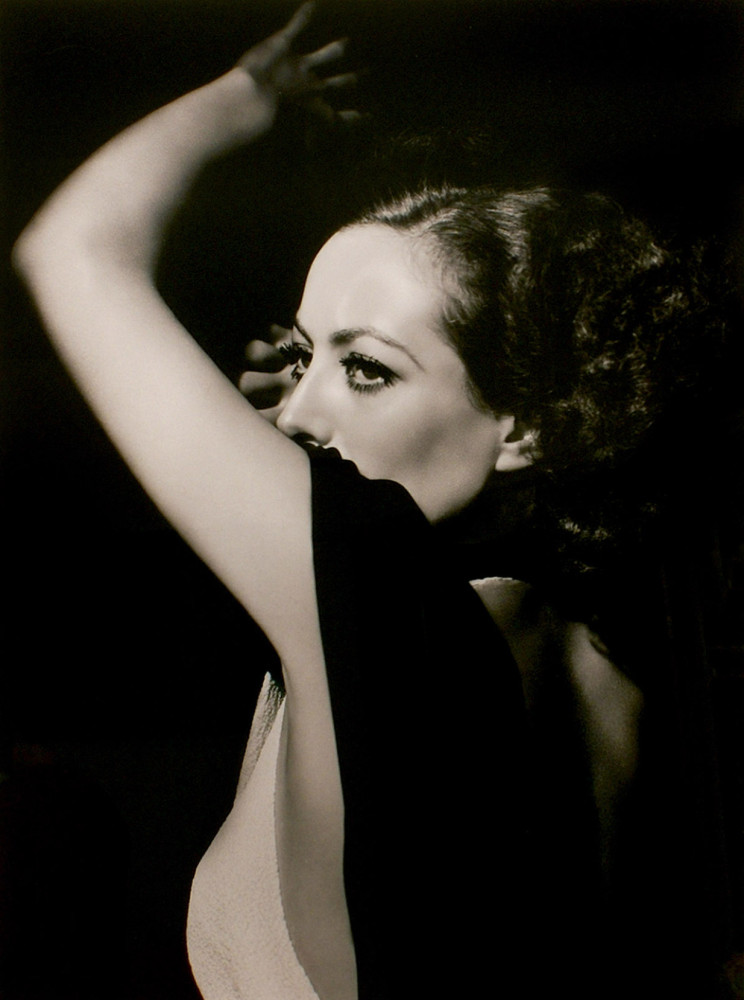 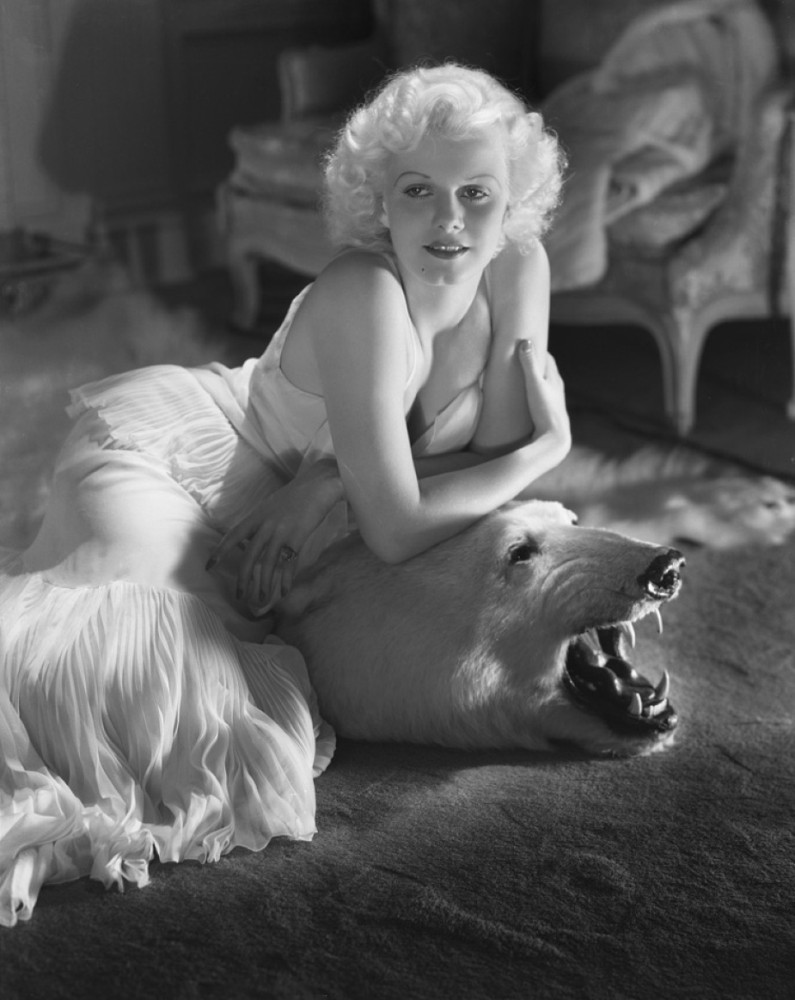