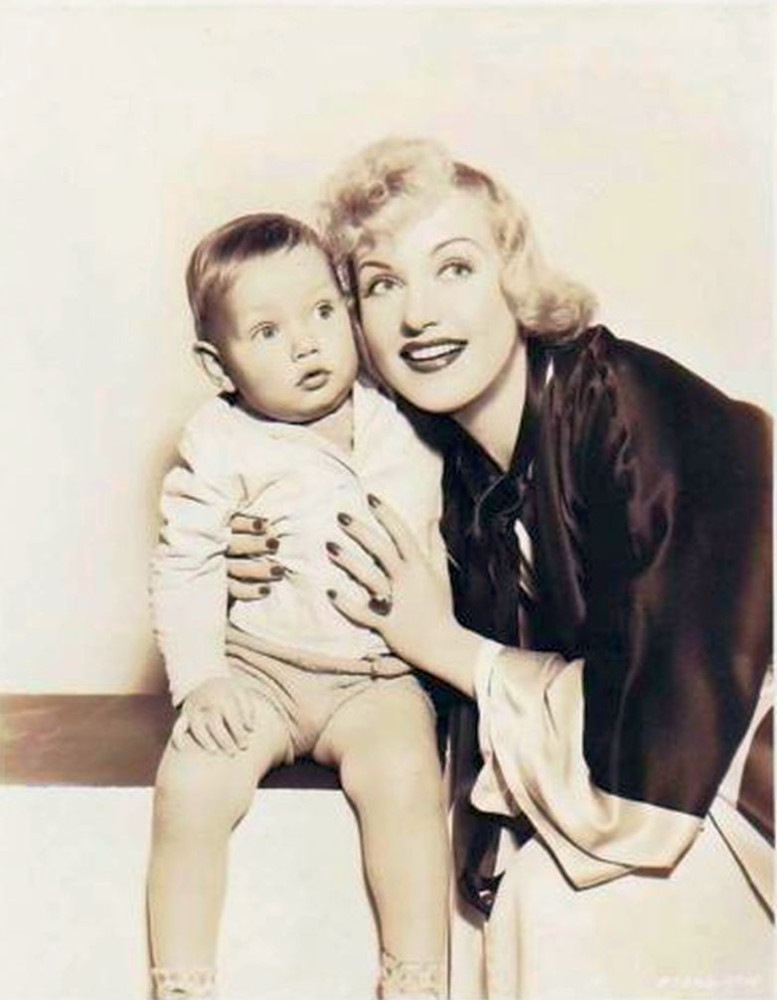 One of the many sadly unanswered questions about Carole Lombard is how she would have functioned as a mother. Given her genuinely generous nature that made her among the most popular stars within the film industry even before "Twentieth Century" showed the world beyond Hollywood what she could do, Carole probably would have been good at parenting. (She had a splendid role model in her mother, Elizabeth Peters.)

And while it tends to be overshadowed by the magnitude of Lombard's romance with Clark Gable, Carole could very well have married noted screenwriter Robert Riskin in 1935 -- but when she wanted children in their marriage and he didn't, that ended any potential coupling. (He changed his mind in the 1940s after marrying Fay Wray -- whose previous marriage had been to author-screenwriter John Monk Saunders -- and they had offspring.)

The photo above, showing Lombard with Paramount's child star Baby Leroy, gives an indication of Carole's affection for children. They had posed on other occasions, such as in this toothpaste ad (which appears to be from the same session)... 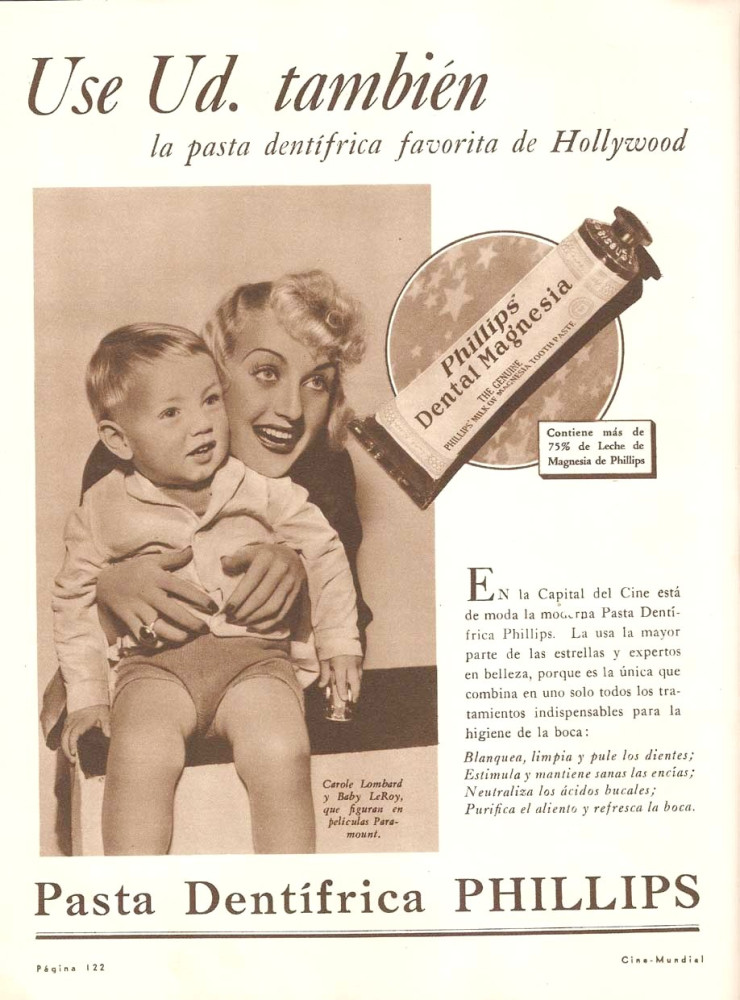 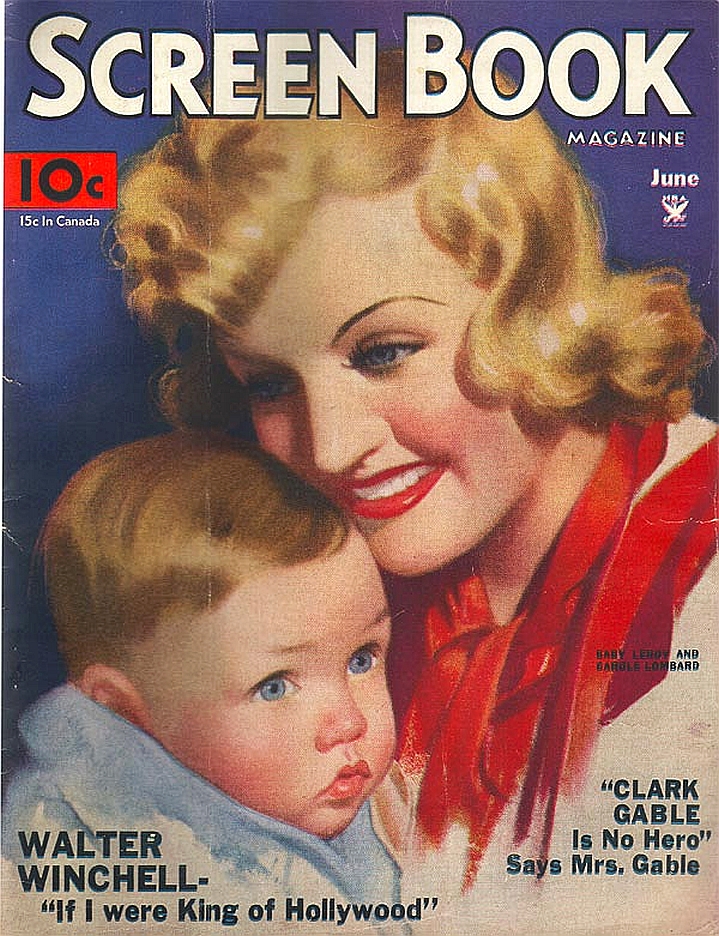 Here's more information on the top photo from the seller:

"Original 8x10-inch sepia-toned, glossy publicity photo/movie still was produced to promote popular actors, CAROLE LOMBARD and BABY LEROY. It was produced in 1934. According to the printed info on the back, Ms. Lombard was currently filming a movie called YOU BELONG TO ME -- but as far as we can find, the actress did not appear in a film by that name. This is an original studio-issued still -- NOT a copy or reproduction. Copyright information is printed on the lower border. The photo features a great portrait of the lovely actress posing beside the adorable child star,Baby Leroy. Overall condition: Solid VG/VG+..... There are some areas of surface bubbling on the reverse side, where the top layer of paper has air trapped underneath. However, this flaw in no way affects the image side. The still also has slight edge wear on the borders, and it may have lightened a bit with age. None of these flaws are very distracting, and otherwise, the photo is in very nice shape."

While Paramount did release a film in 1934 called "You Belong To Me," starring Lee Tracy and Helen Mack, research shows this also actually was a working title for the Lombard film titled "Now and Forever," with Gary Cooper and Shirley Temple (http://carole-and-co.livejournal.com/123078.html).

You can buy this delightful, original photo for $25 by visiting http://www.ebay.com/itm/CAROLE-LOMBARD-w-BABY-LEROY-Original-1934-Portrait-Movie-Photo-NICE-/161627599679?pt=LH_DefaultDomain_0&hash=item25a1c1733f, while we stop and ponder what might have been.
Collapse