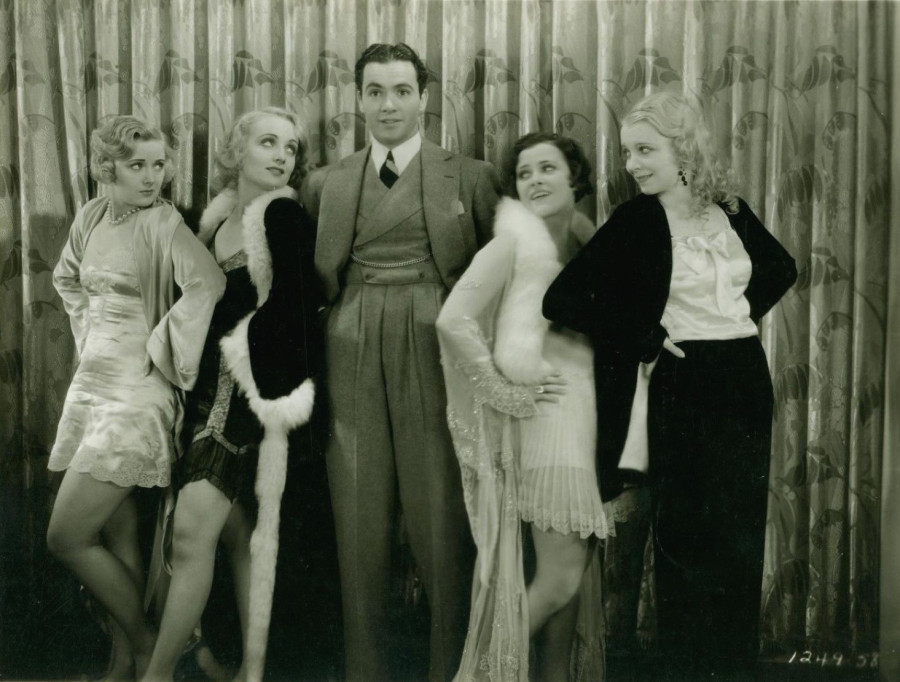 We've run this photo before -- or so we think -- as Carole Lombard (second from left), poses with Josephine Dunn, Buddy Rogers, Kathryn Crawford and Virginia Bruce in a publicity pic. I used the qualifier because I came across a slightly different image (note the variance in Rogers' appearance): 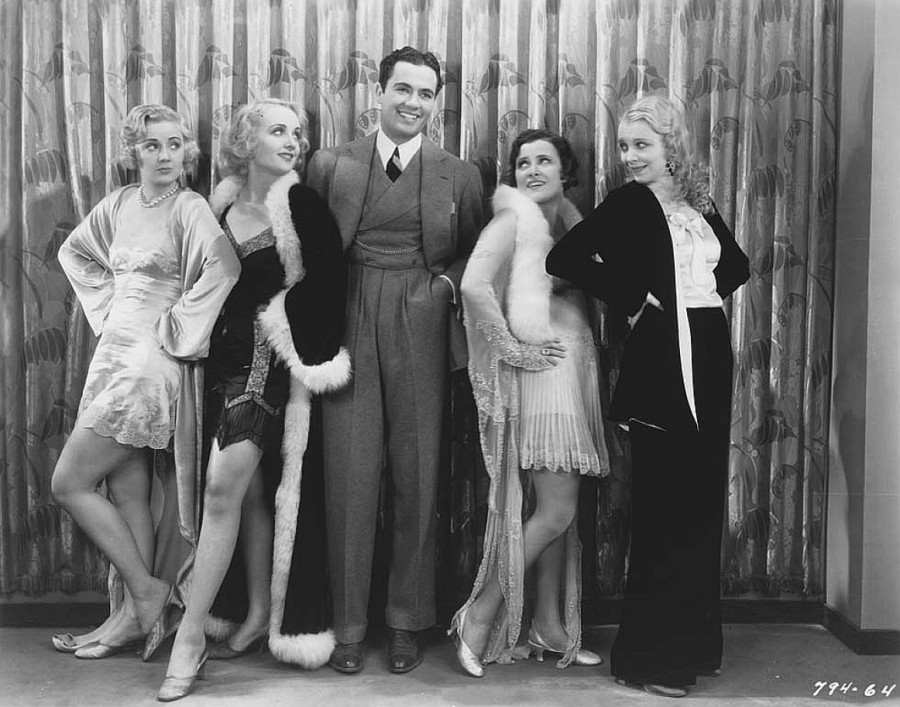 I'm not certain which of these is more uncommon; just from the look on Rogers' face, I'm guessing it's the top one.

That top photo is on sale for $79.95 from the same seller of yesterday's "Man of the World" image -- East End Collectibles. When I alerted the seller that I had given his earlier sale a plug, he responded in kind (and kindly, too), and he's granted me permission to quote him:

"Thank you Vincent! I've visited your site a few times...some great Lombard images and full of terrific information. I've always found it interesting how what was principally a romantic comedienne could take such wonderfully glamorous and sultry images. I'll be listing plenty more Lombard photos as I go along here. Thanks again for the shout out and keep up the good work with the site. Best, Joe"

I appreciate that, Joe. Whenever I come across an item of Lombard memorabilia on eBay or some other site, I feel obliged to dig in and research the story behind it. If it's a vintage herald from a movie theater, I go to http://cinematreasures.org to learn more about the venue and see whether it's still in operation. Perhaps it's an old fanmag that's been uploaded to the Media History Digital Library; if it's there, I can fill potential sellers in on what else that issue includes.

Getting back to the top pic, it's an 8" x 10" singleweight in fine/very fine condition. It's described as "Flat, clean and glossy; some general edge wear but overall a nice photo for its age.”

Carole always amazes in a clingy gown and this, almost surely taken for "White Woman" late in 1933 (probably by Eugene Robert Richee), is no exception. We kick off March with p1202-613, our latest Lombard LiveJournal header.
Collapse