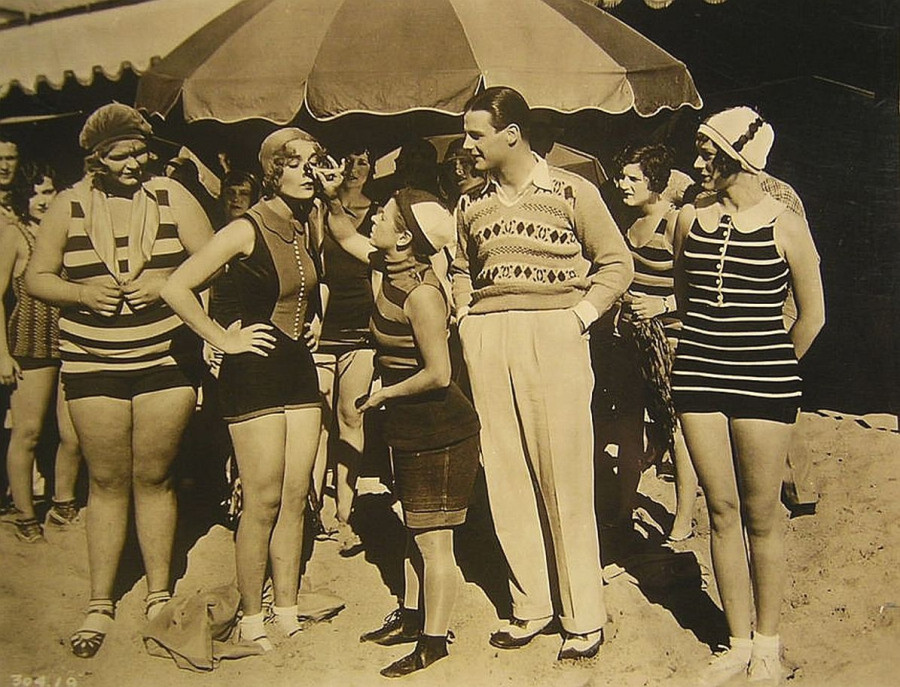 This is how we tend to remember Madalynne Field -- the big (six feet tall), hefty presence in Carole Lombard's Mack Sennett comedies such as "The Campus Vamp" (above) and "The Girl From Nowhere": 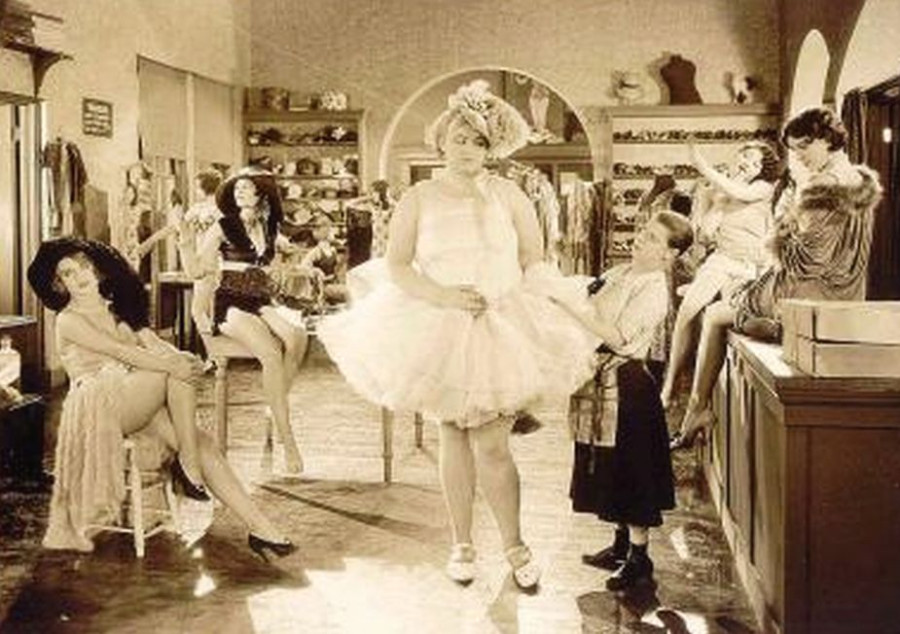 Many of us also are aware that Madalynne -- born some 18 months before Carole -- subsequently played an important part in Lombard's life as her personal secretary and all-around best friend. And this rare article from the June 1936 Modern Screen lets "Fieldsie" tell her own story about being part of what today we might label "Team Lombard." I came across it for the first time today, and as you might expect, it's both informative and charming. But first, a full-page photo of Carole that accompanies this piece: 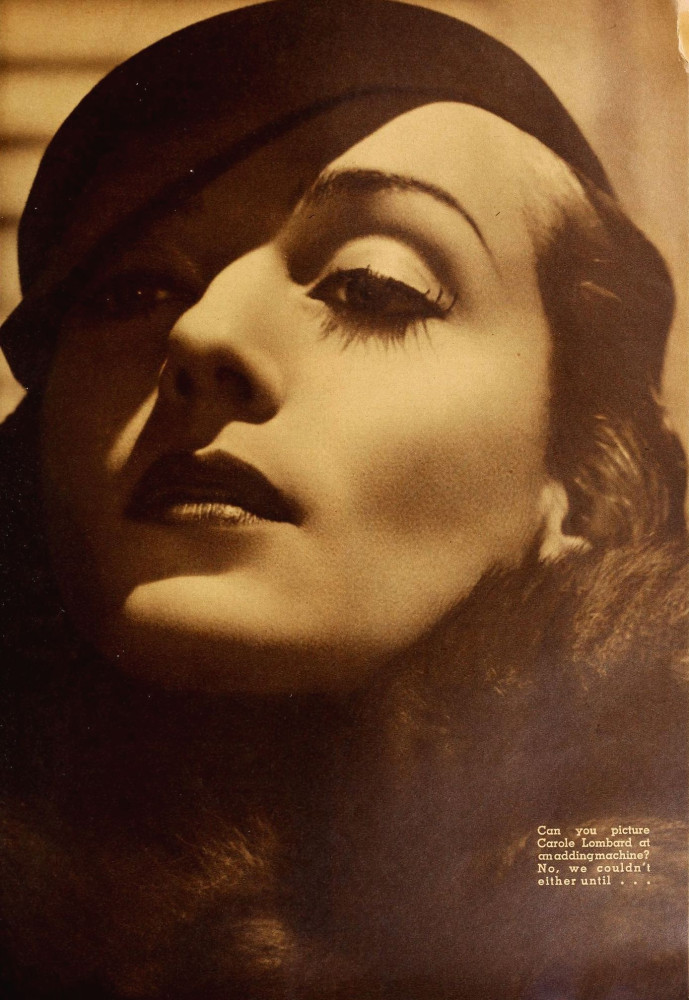 Now here's the story (I included the Quaker Puffed Rice ad because it may explain why Bette Davis didn't do many comedies -- look at what she reportedly ate for breakfast!): 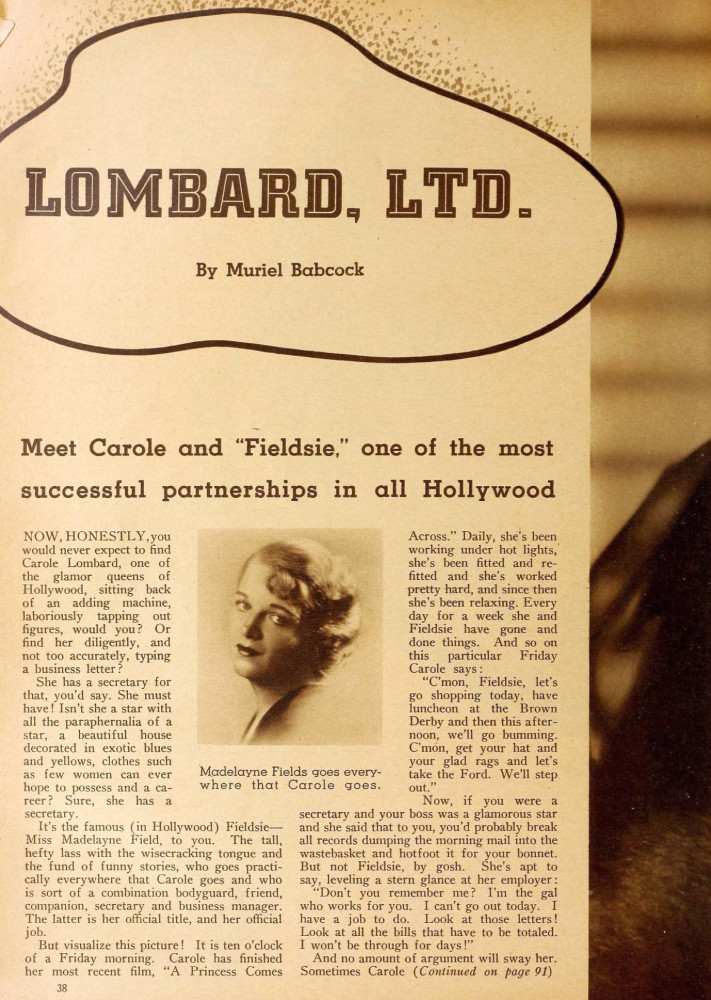 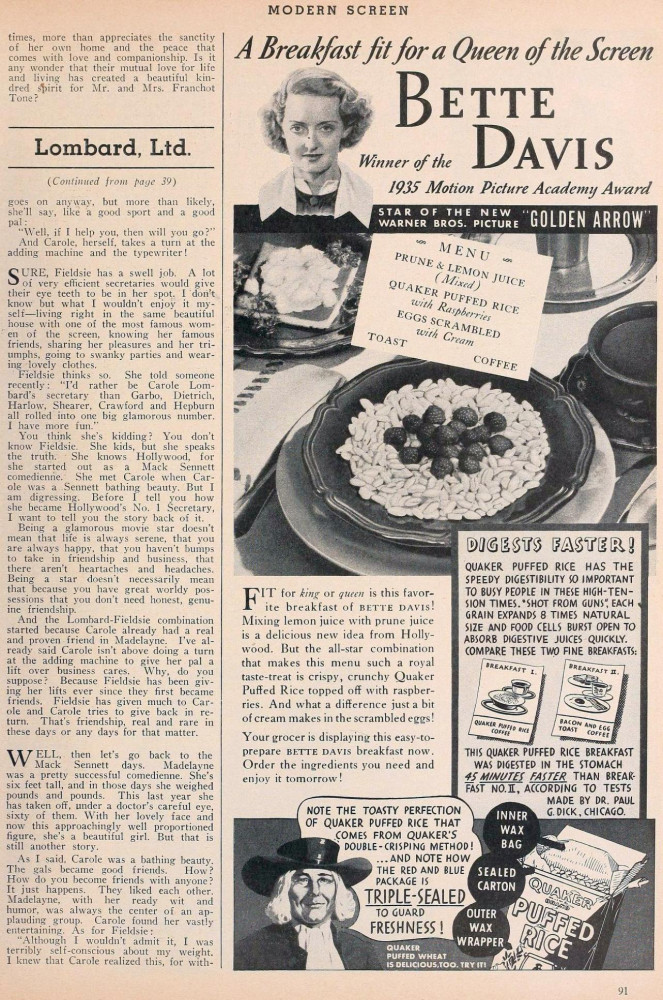 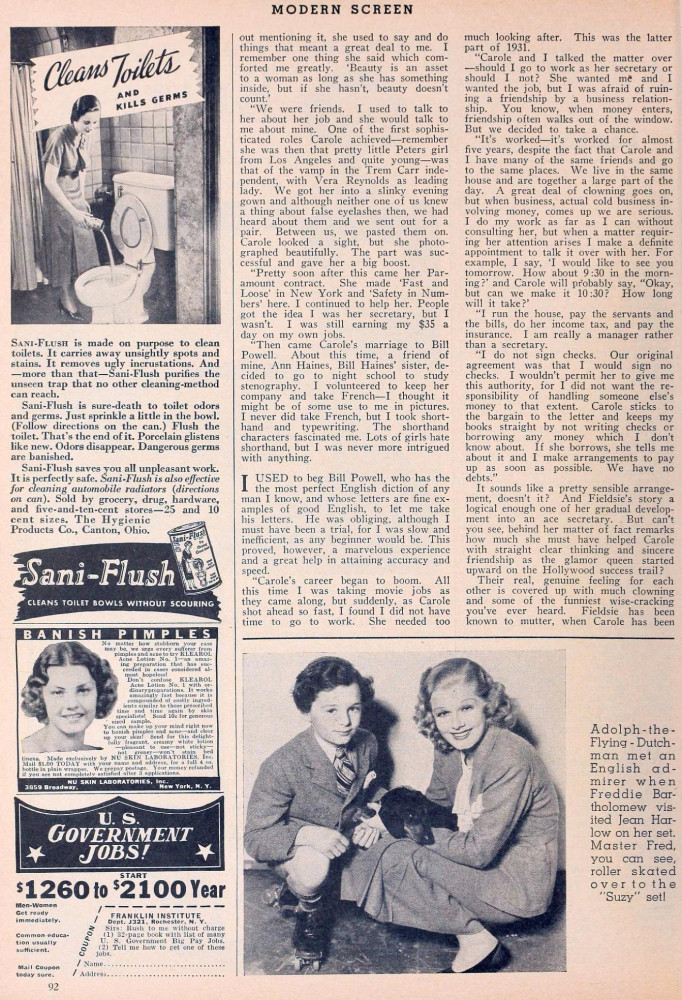 As you can tell from that headshot of Fieldsie, the loss of 60 pounds transformed her. But she also looked pretty stylish a few years earlier, when she sat next to Russ Columbo while Carole was adjacent to John Barrymore (might this have been at a premiere for "Twentieth Century"?): 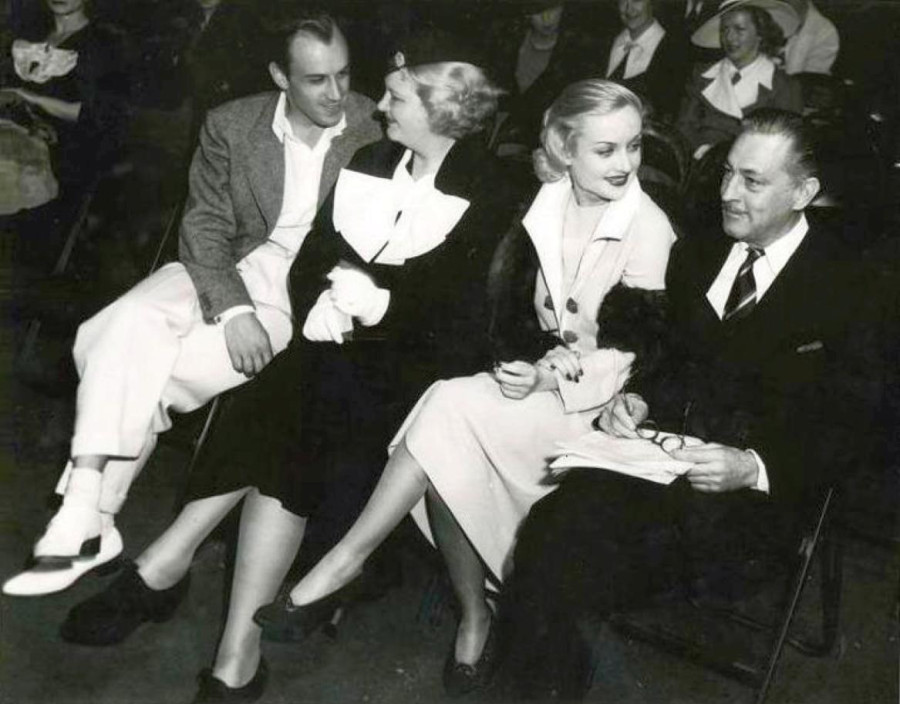 By the way, that MGM film Field apparently worked on was "Paris Interlude" with Madge Evans, Otto Kruger, Robert Young and Una Merkel, released in late July 1934. It would be her final appearance before the cameras.

Incidentally, if you're interested in finding that issue, the lovely Myrna Loy -- in one of the few chances the public had before World War II to see her natural red hair (albeit in a portrait, not a photograph) -- is the cover subject: 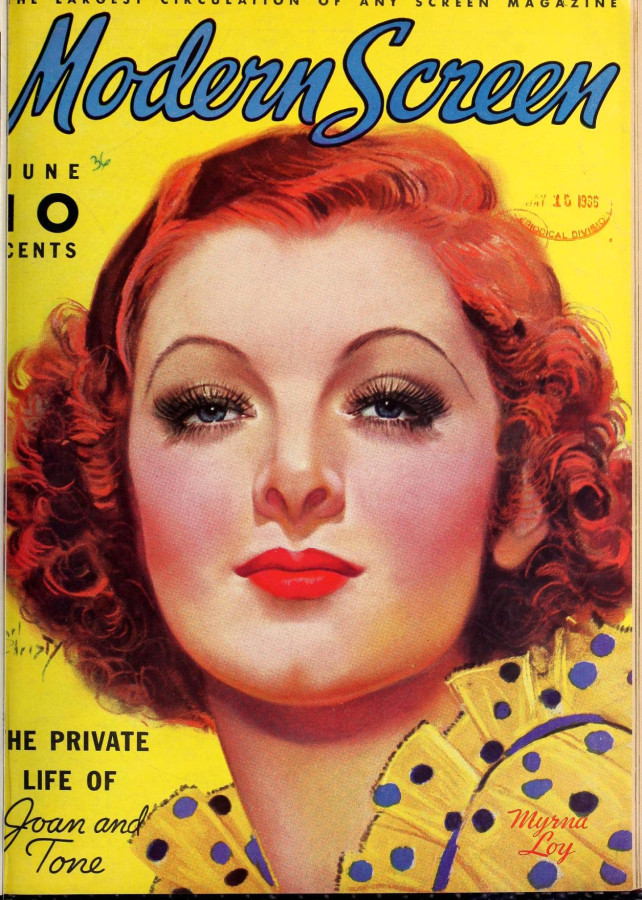