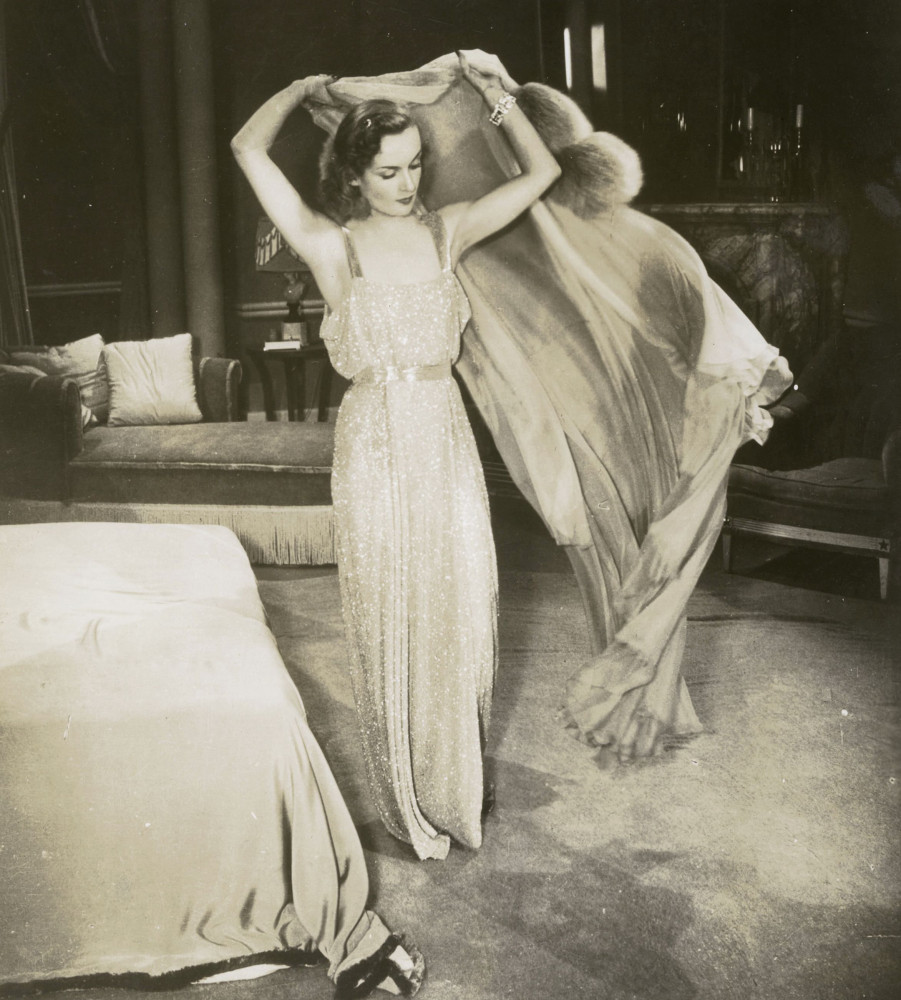 The setting is Hollywood heaven, specifically the pearly gates. Carole Lombard approaches a counter marked "Hauntings" and speaks to the man behind it.

Carole: I'm requesting a permit for a non-benevolent haunt.

Carole: (giggles) Yes, but I think I have a pretty good reason for this request. Take a look at this.

She hands him a copy of a document, http://moviepilot.com/reviews/2015/01/28/who-do-i-see-about-getting-17-minutes-of-my-life-back-my-thoughts-on-seeing-my-man-godfrey-1001-films-to-see-before-you-die-2634566?lt_source=external,manual. He reads it for about 10 seconds, then nods.

Man: I think we can safely say that it meets the criteria of a non-benevolent haunt. (He hands her a sheet of paper.) Fill out this form acknowledging this haunt will not be malicious in nature, and check off the specific conditions you seek to employ.

Carole checks off a few items, signs her name, then pushes it across the counter. He examines it and smiles.

Man: Ooh, I like some of those. OK, you've got my approval. Start haunting!

With that, he snaps his fingers, and Carole disappears...

Dan White is sleeping in his bed when Carole rematerializes in transparent form as a ghost; she's also about one-and-a-half times her size, as the top of her head is mere inches from the bedroom's eight-foot ceiling.

Dan yawns, wipes the sleep from his eyes, and is aghast to see Lombard in towering form at the side of his bed.

Carole: Hey, from what I read, that's a regular part of your vocabulary, and heck, I've used those words many a time, too. But under the conditions of this haunt, neither of us are allowed to use those seven George Carlin words. By the way, I've met George a few times in heaven. Funny, terrific guy.

Dan: (perplexed) You look like...Carole Lombard. But how do you know George Carlin? And why are you a giant?

Carole: First of all, I'm a ghost -- haven't you ever seen "Topper" on film or on TV? Second, I'm this size because I felt the need to intimidate you just a bit. (Smiles.) And I admit, it's fun being two feet taller than Kay Francis!

Dan: But why are you here?

Carole: Do you recall writing this, about "My Man Godfrey," as part of your "1001 Films to See Before You Die?" series? (She sits upon the foot of the bed -- as a ghost, her presumed giant weight does not register -- snaps her fingers, and a copy of his review materializes. She hands it to him.) When I read that review, I felt compelled to come down here and set you straight.

Dan: So I didn't like the film. It's my constitutional right.

Carole: Indeed it is, but I think you were too swift in making your rush to judgment. (She rises from the bed, places her hands on her hips and stares down at him.) Your headline was "Who do I see about getting 17 minutes of my life back?" You watched for only 17 minutes? 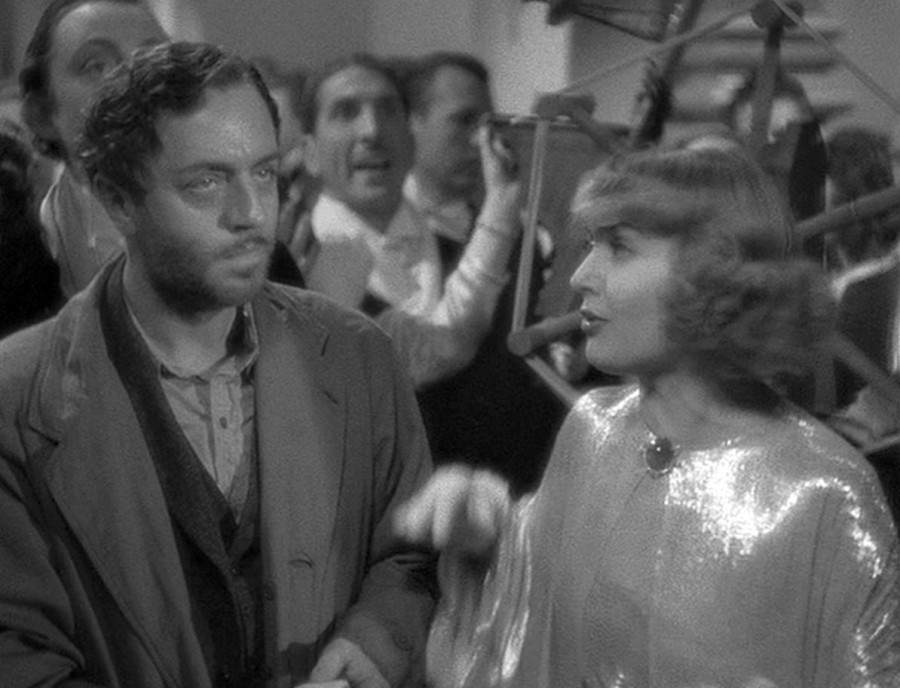 Carole: Hey, remember what I said? Anyway, you decried the picture and sound quality as dark and awful. Ever hear of something called public domain? I'm guessing you got a copy that way, or saw it on YouTube. No wonder it looked so dreadful.

Dan: But as I wrote, "this film has clearly shown its age. It's dull, it's stupid on all sorts of levels."

Carole: (angered) Ever heard of a little thing called the Depression? You may think the gap between rich and poor is bad these days, but back then millions found it tougher than today to make ends meet. This is the perfect film for the Occupy movement, which I presume you've heard of. (Pauses) I also saw your rating of this, where you called it "utter--" well, I'm not allowed to say the next two words, which begin with "f" and "s," respectively.

Carole: All I'm asking is for you to give us another chance. (She snaps her fingers, and the Criterion Collection release of "My Man Godfrey" materializes in her huge hand; she crouches down and hands it to Dan.) 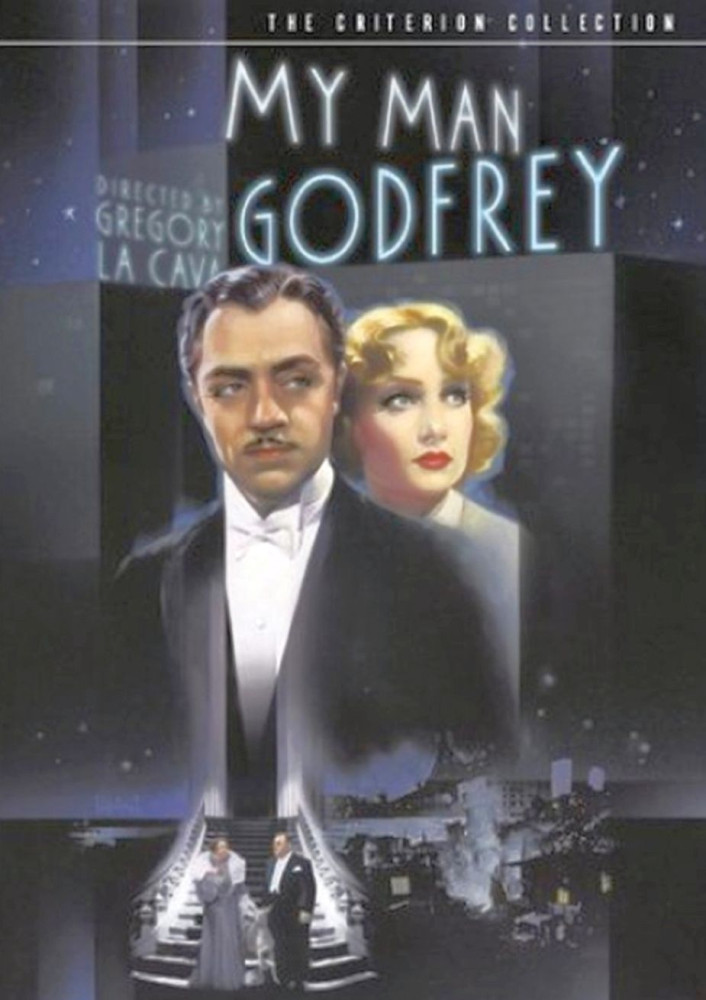 Carole: Your assignment is to watch this film in full -- this is remastered and looks beautiful -- and see some of the extras that go with it. I think you'll change your tune after another viewing. (Pauses) Then again, maybe you won't. You gave "Godfrey" an 0.1 rating, but also gave that to "Duck Soup" and "Stagecoach." (Shakes her head.) No accounting for taste.

With that, she snaps her fingers and disappears, rematerializing -- at her regular size -- in front of the haunting counter.

Carole: I think I made my point, but I just don't get this younger generation. (Sighs.)
Collapse