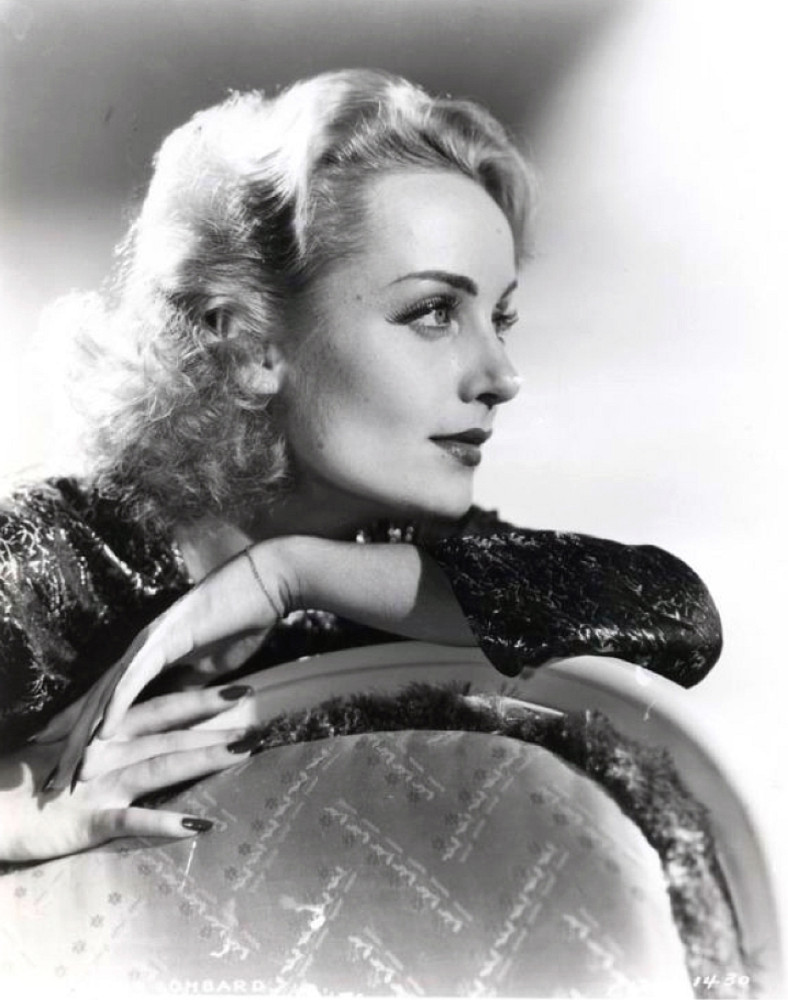 Uncovering a previously unseen (at least to current fans and collectors) Carole Lombard Paramount p1202 image is always cause for celebration. And while we've known of the above pic, p1202-1430, for quite some time, today an eBay seller has one that looks to be from the same session, if the jacket she's wearing and chair she's posing with is indicative -- p1202-1426, from 1936: 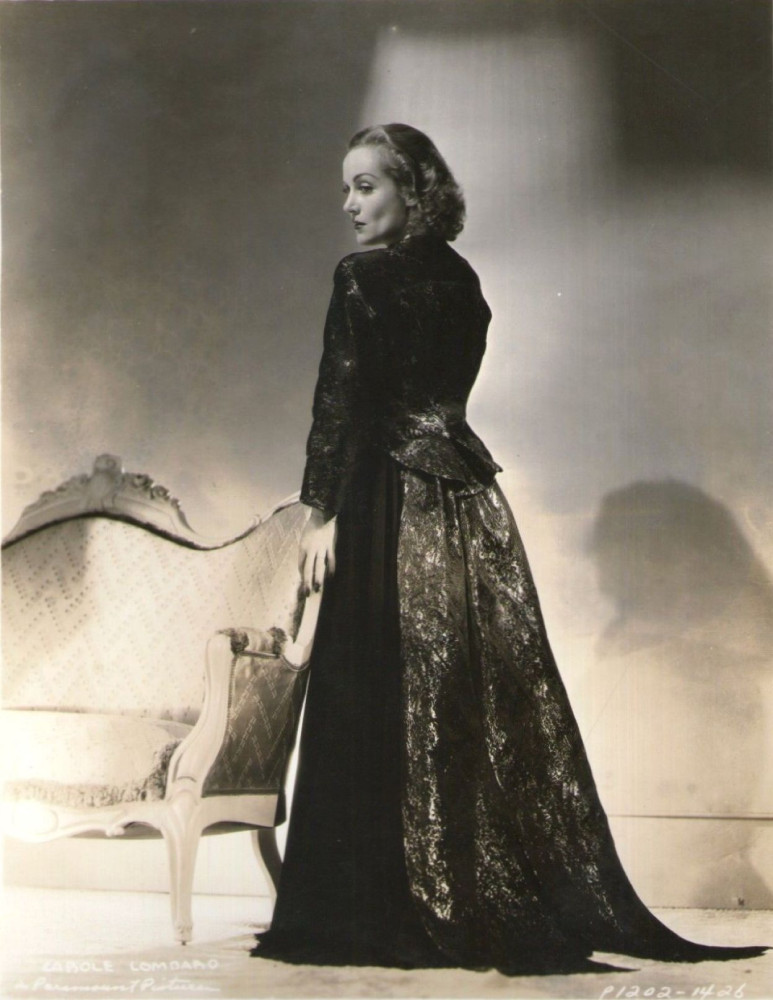 According to the seller, who's from Spain, it's an original measuring 19 cm x 26 cm, which I believe equates to 8" x 10" (including the border, which is where we got the 1936 date from). Alas, we don't have any other information (who took it, was it promoting a film, and if so which one), since the reverse is blank. The seller states it's in "very good" condition aside from "four small punches in the corners": It probably was placed upon a corkboard with tacks or such.

Bids on this rarity among p1202s begins at $7.99...and bidding isn't scheduled to end until 11:01 a.m. (Eastern) Feb. 2. (That's Groundhog Day, and if the wonderful 1993 romantic comedy by that title had been made today, one can imagine Bill Murray's character going online from his Punxsutawney hotel room, winning that auction over and over again!) If you're interested, visit http://www.ebay.com/itm/CAROLE-LOMBARD-LOMBARO-Photo-Print-big-size-Movie-Memorabilia-Original-Photo1936-/331458338220?pt=LH_DefaultDomain_0&hash=item4d2c74ddac.
Collapse