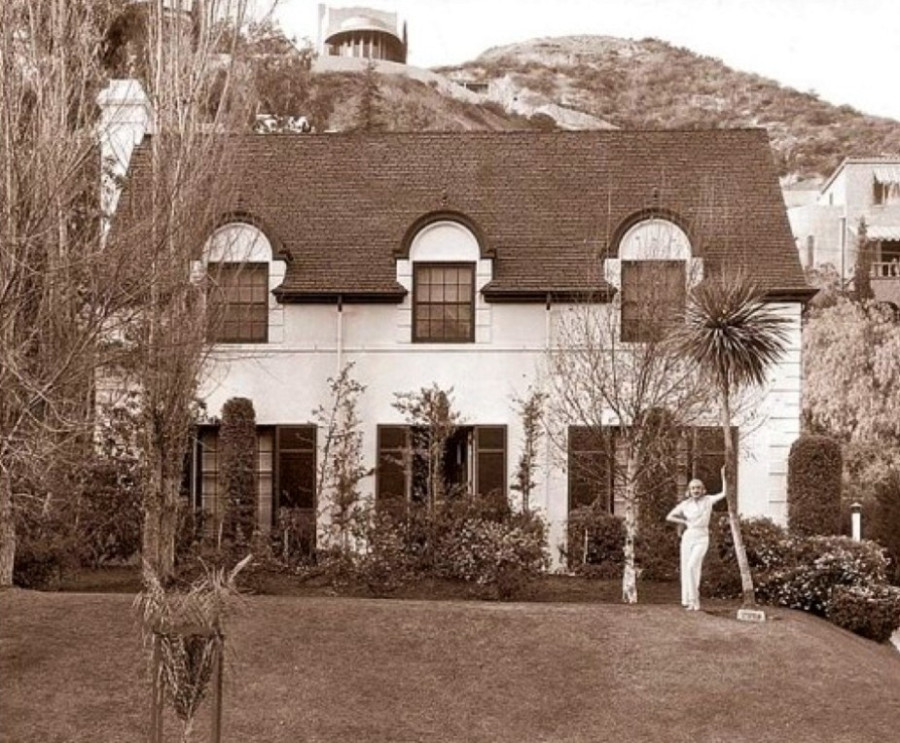 By the start of 1936, Carole Lombard's home on Hollywood Boulevard already had gained renown as one of the film colony's showplaces. While Carole had cooled off on being Hollywood's premier partygiver, studio publicity had boosted her reputation for style and taste.

So when Silver Screen decided to run an article on how stars' homes reflected their personalities in the February 1936 issue, Lombard understandably figured prominently: 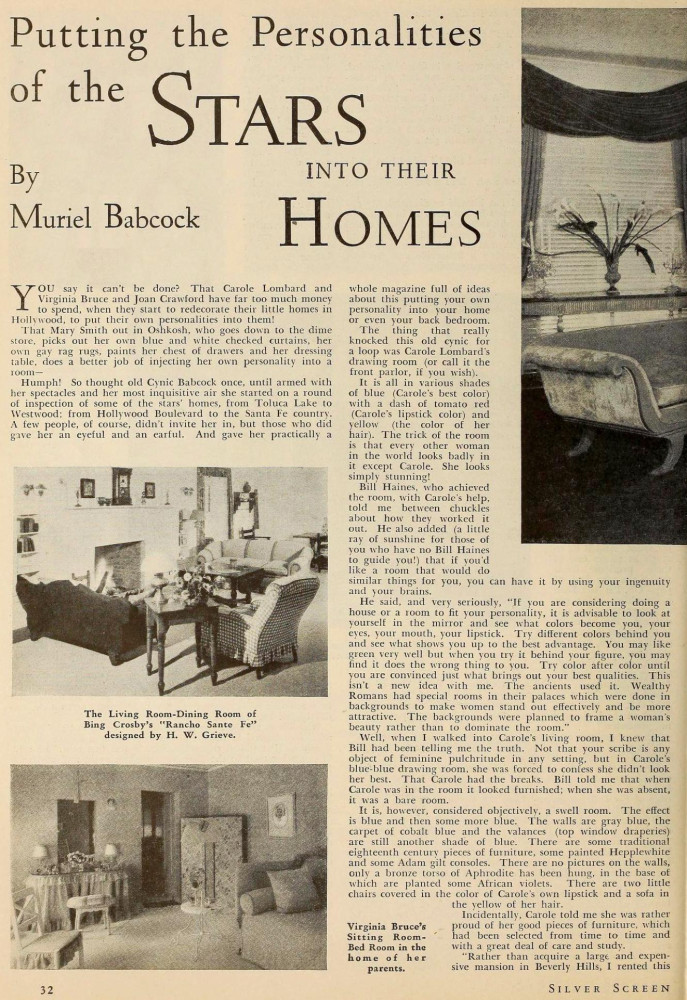 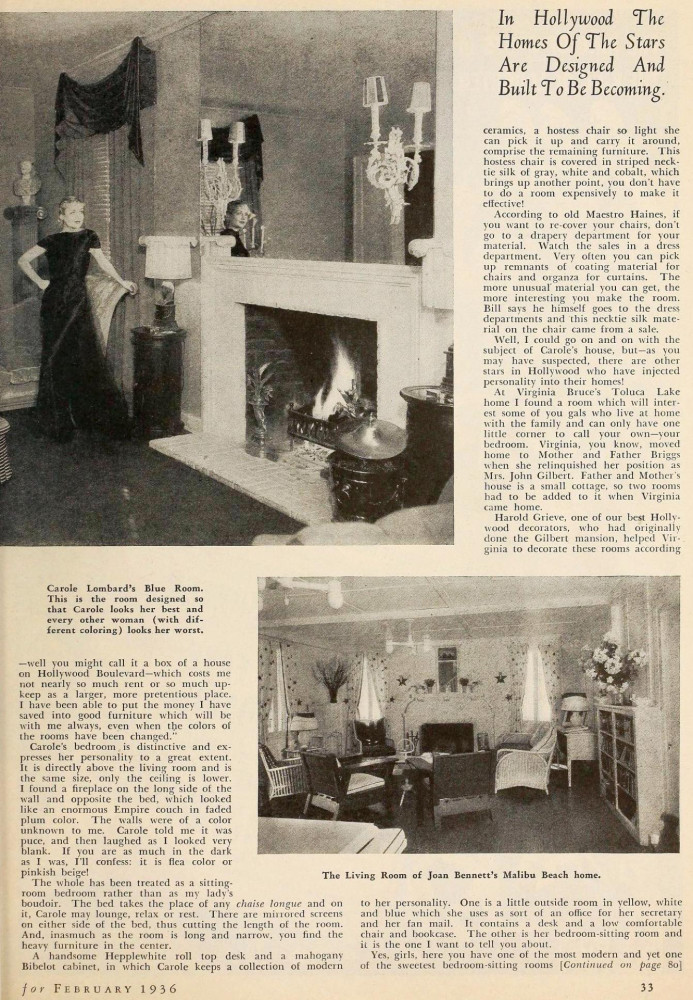 Many forget this famed residence of Lombard's was a rental, and while she obviously adored the place, a romance with Clark Gable (which began a few weeks after this issue went to press) ultimately doomed Carole's future there; its location, on Hollywood Boulevard just west of Fairfax, was simply too out in the open for an affair that had to be handled clandestinely. Note that several other stars' residences were also profiled.

Speaking of Gable and Lombard "residences" they reportedly owned, a Palm Springs vacation home they allegedly bought has been in the news in recent months, although every indication of this rings false (http://robertmatzen.com/2014/12/29/the-many-stops-of-the-gables/). And while Carole isn't as associated with Palm Springs as others in the entertainment community, she certainly made at least a few visits, so it's no wonder she's part of the following piece (even if the illustration of her playing tennis wasn't shot there): 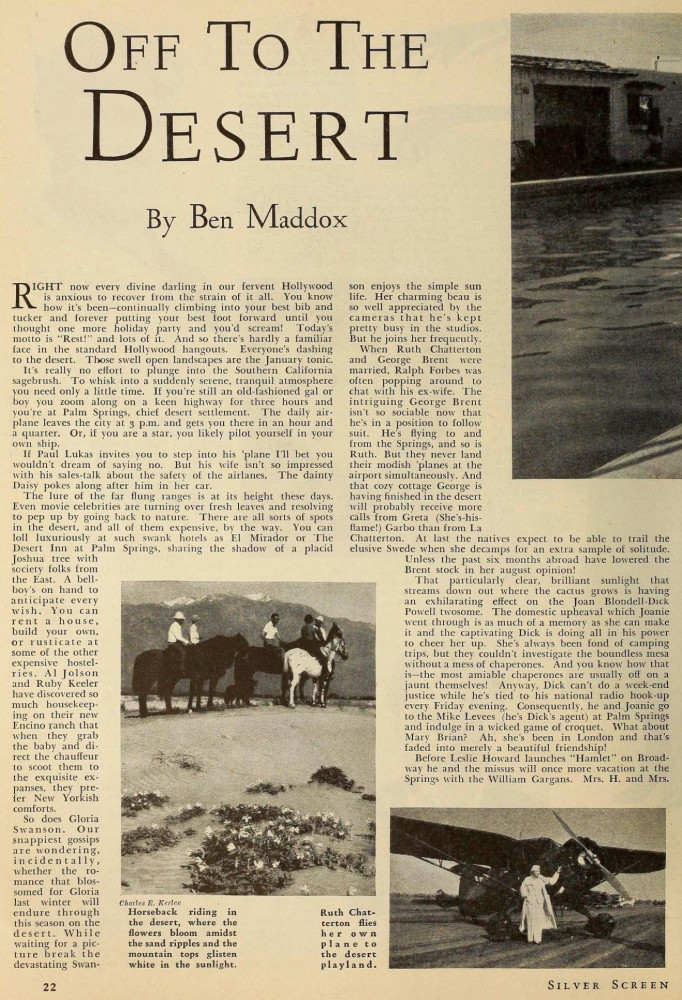 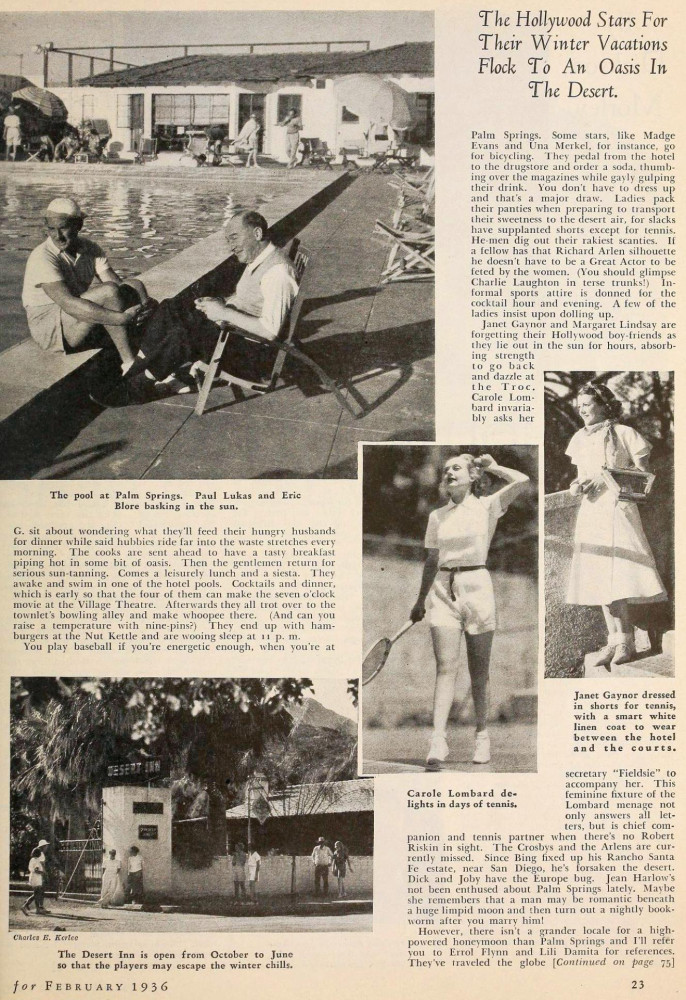 You also see Lombard, in a swimsuit and sunbonnet, as part of a two-page spread of stars at play: 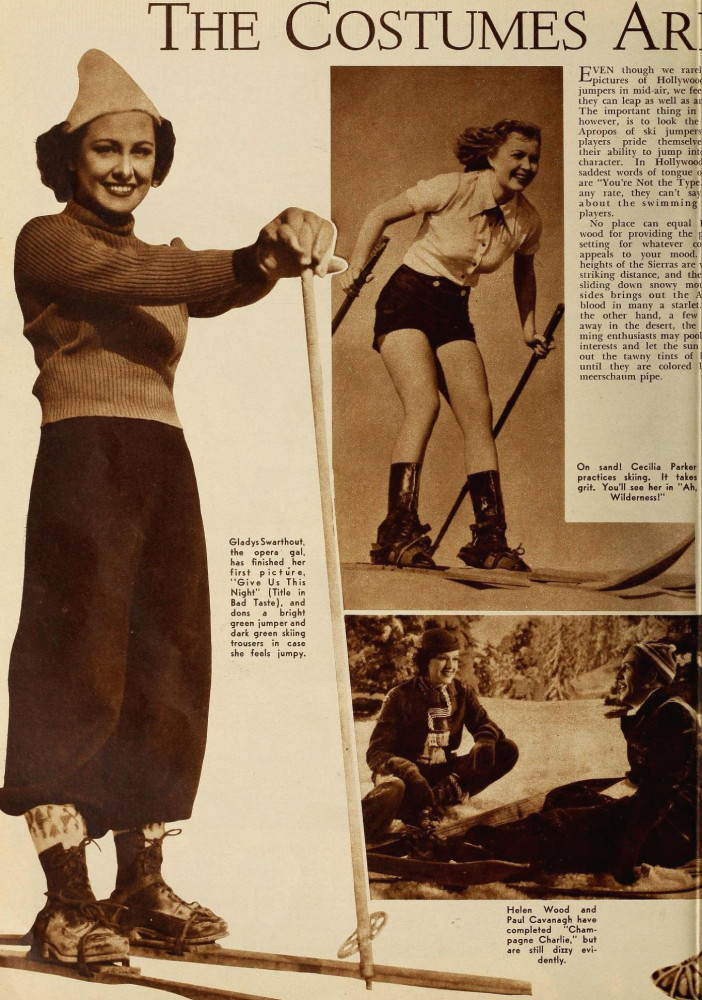 That issue's cover subject was Jean Harlow, who by now was a friend of Lombard's, largely due to their mutual ties to William Powell... 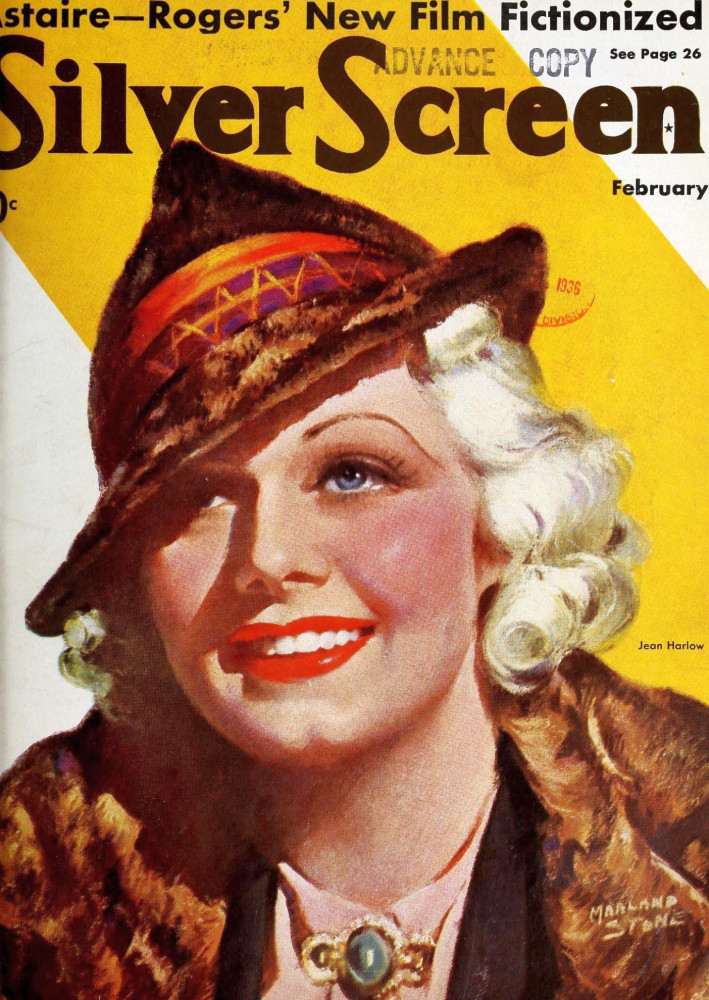 ...and while illustrator Marland Stone showed her as a blonde, Jean promoted her new "brownette" look in a one-page profile: When we think of Ed Sullivan today, his long-running Sunday night variety show comes to mind. But Sullivan, a one-time associate of my Facebook friend Monica Lewis (who was a smash the other night at Vintage Los Angeles' showing of "Earthquake," where she had a role), was an entertainment reporter (based at the New York Daily News) for at least 15 years before ever facing a TV camera. And here, as he relates how he gathers information on stars, he shows an engaging writing style, too: 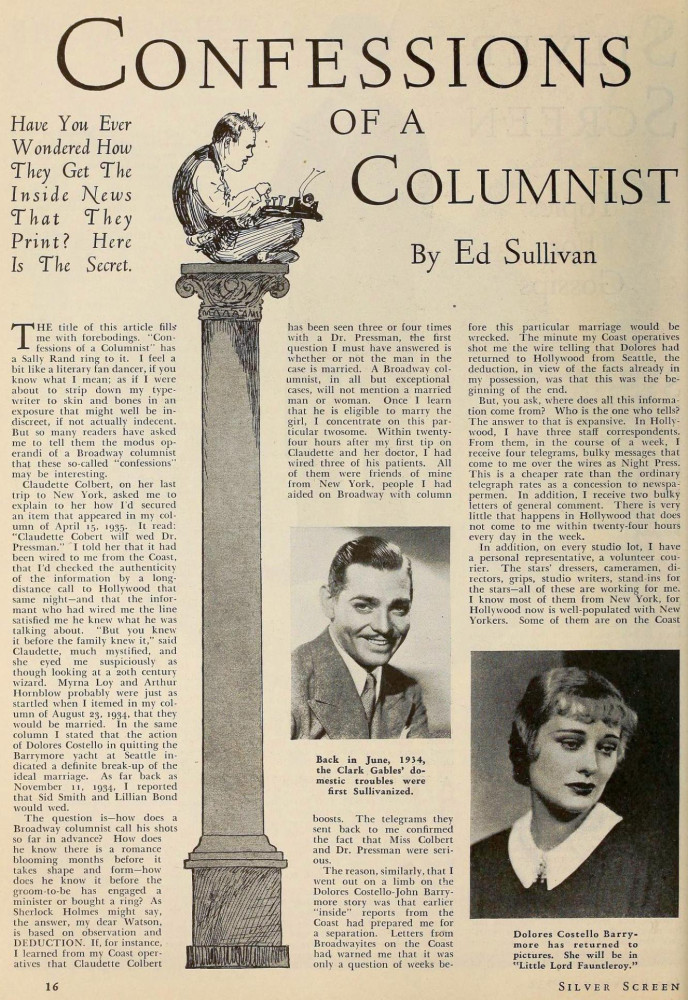 Sullivan provides some background about Gable's marital status that probably led Lombard to believe that he was a legitimate romantic target.

And there were plenty of film ads in this issue, such as MGM's "A Tale Of Two Cities"... 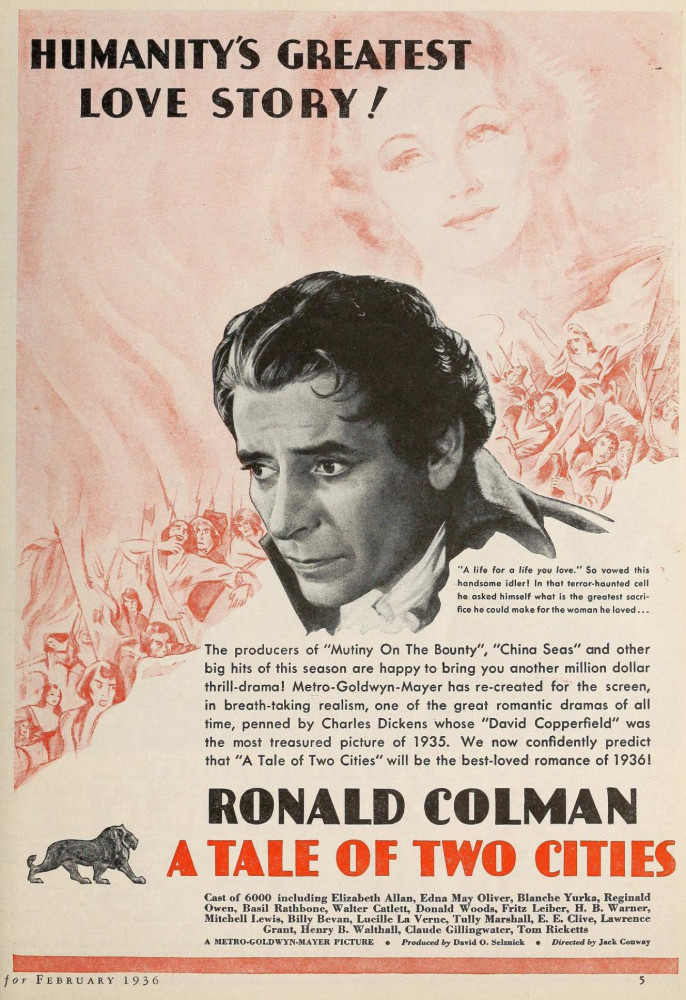 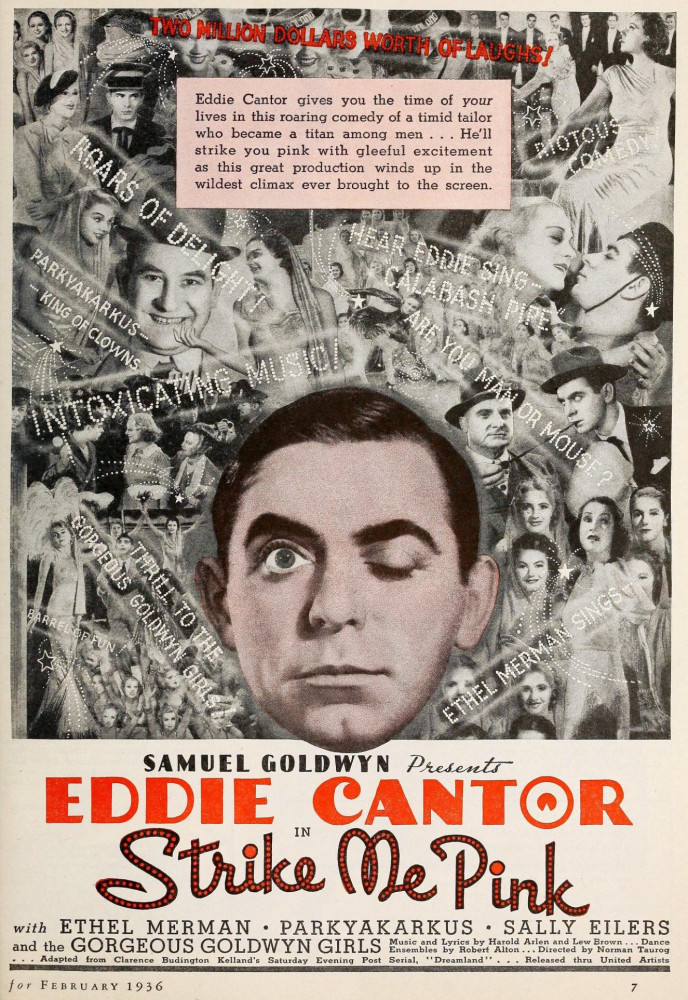 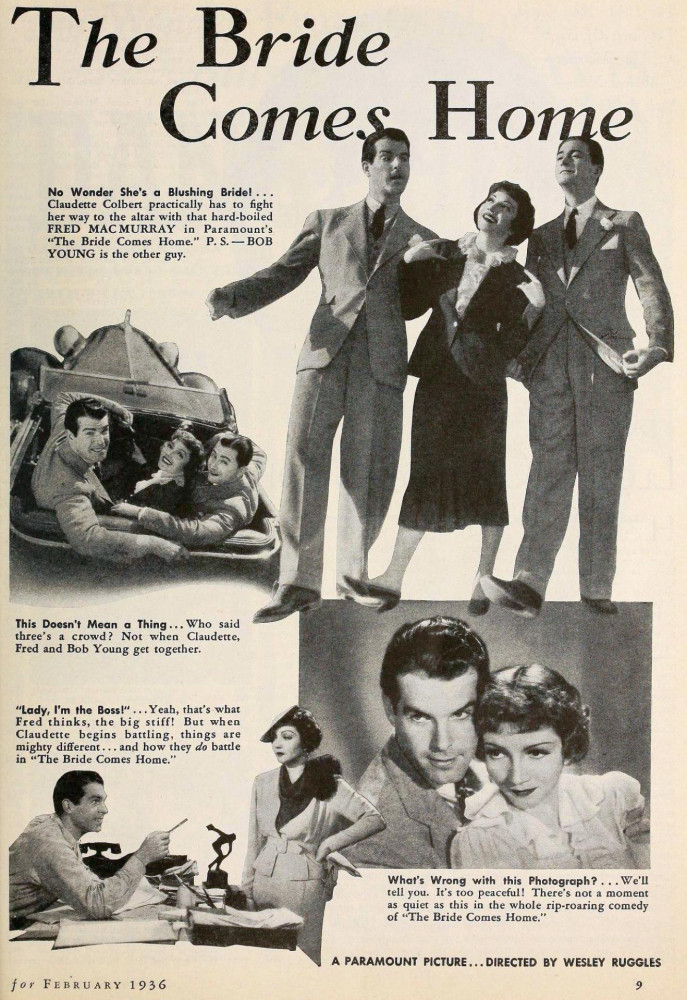 According to the seller, "The magazine is in almost like new condition, only small bent corner, small cut corner cutoff." Considering it's now 79 years old, that's an achievement.

Bidding on this item opens at $49.99, with the auction closing at 4 p.m. (Eastern) next Monday. Think you're interested? Then place a bid or learn more about it by visiting http://www.ebay.com/itm/SILVER-SCREEN-1936-JEAN-HARLOW-CAROLE-LOMBARD-ROBERT-TAYLOR-GINGER-ROGERS-FRED-/361183550854?pt=LH_DefaultDomain_0&hash=item5418379d86.
Collapse